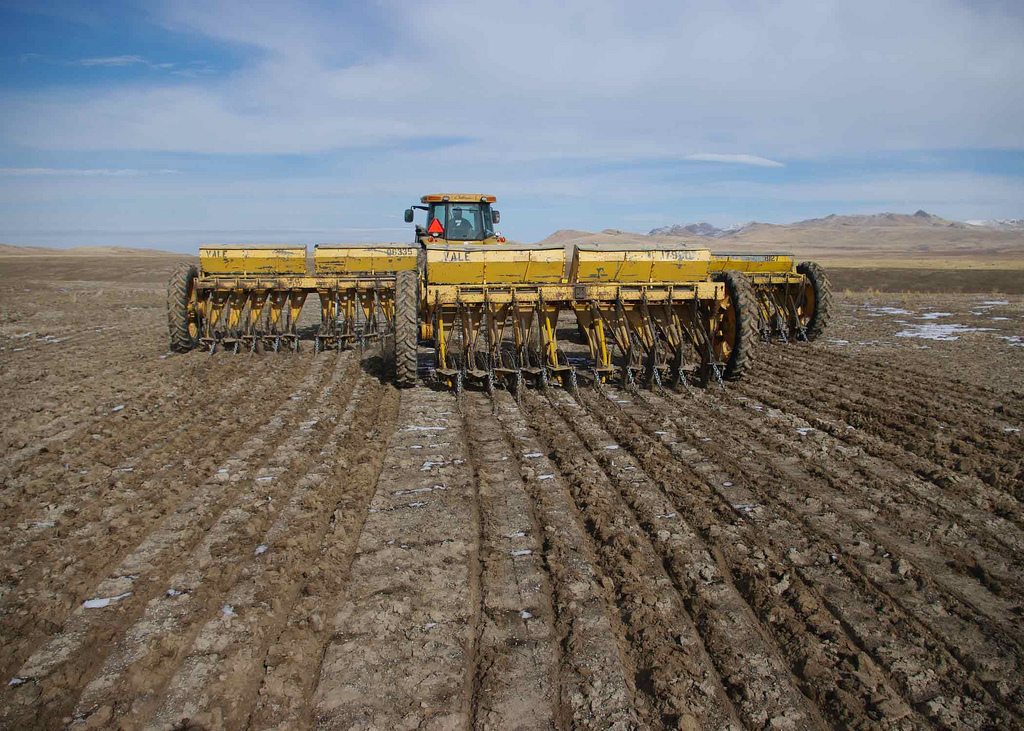 WASHINGTON, D.C. – Secretary of the Interior Sally Jewell today released the first of two reports developed by the Rangeland Fire Task Force. This initial report includes actions to be implemented by Interior’s bureaus to immediately address the threat of rangeland fire to Western sagebrush-steppe landscapes and improve fire management efforts before the start of the 2015 wildfire season.

“Cheatgrass and other invasive species have contributed to making rangeland fire one of the greatest threats in the Great Basin – not only to sagebrush habitat, but to wildlife, ranching, and other economic activities that depend on a healthy landscape,” Secretary Jewell said. “As we head into the 2015 fire season, the actions recommended in this report will help ensure that our preparedness, response and recovery strategies better align with the threats facing the West.”

Secretarial Order 3336, signed by Secretary Jewell on January 5, 2015, called for the development of a comprehensive, science-based strategy to reduce the size, severity and cost of rangeland fires; address the spread of cheatgrass and other invasive species; and position wildland fire management resources for more effective rangeland fire response. The Order called for the creation of an implementation plan, initial report, and final report. The Implementation Plan, completed on January 31, 2015, established a roadmap to accomplish the objectives of the Order. This initial report released today outlines actions and activities that the Department, in collaboration with partners and interested stakeholders, can take prior to the onset of the 2015 Western wildfire season.

The goal is to protect, restore and conserve vital sagebrush landscapes and productive rangelands, particularly in the Great Basin region of Idaho, Utah, Nevada, Oregon and California.

Many of the recommendations in the initial report draw on the comments received and the ideas generated by the November 2014 conference, “The Next Steppe: Sage-grouse and Rangeland Fire in the Great Basin.” The increasing frequency and intensity of rangeland fire in Great Basin sagebrush ecosystems significantly damaged the landscapes relied on by many tribal and local communities, ranchers, livestock managers, sportsmen, and outdoor enthusiasts. The unnatural fire cycle puts at risk the landscapes that, for generations, Westerners have depended on to sustain their ways of life.

In 2010, the U.S. Fish and Wildlife Service (FWS) found that these developments present a significant threat to the greater sage-grouse in the Great Basin portion of its remaining range. Once occupying more than 290 million acres of sagebrush in the West, the greater sage-grouse, known for its flamboyant mating ritual at sites called leks, has lost more than half of its habitat since then. Settlers reported millions of birds once took to the skies; current estimates place population numbers between 200,000 and 500,000 birds in 11 states and two Canadian provinces. The FWS is now considering whether protections under the Endangered Species Act are warranted.

The recommended actions in the Initial Report involve targeted, strategic investments of Departmental resources to immediately enhance the management of rangeland fire in specific portions of the Great Basin, consistent with the Federal Government’s trust responsibility to American Indian tribes, in partnership with states, private land owners and land users, and in cooperation with other statutory requirements and obligations. The recommendations include the following:

The Task Force will continue its work through collaboration with Federal, Tribal, state, and local governmental partners and stakeholders to identify and recommend longer-term actions to improve the efficiency and efficacy of rangeland fire management, fire prevention, fire suppression and post-fire restoration efforts at a landscape scale. This long-term report is expected to be delivered to the Secretary by May 1, as called for in the Secretarial Order.

As with the development of the initial report, a draft version of the final report will be shared with Tribes and interested partners and stakeholders with the invitation to review and provide comments. In addition, a Tribal consultation session will be held on April 7 in Reno, NV to hear comments and receive feedback on the draft final report prior to its completion. Dates and information regarding these outreach activities will be posted here.

“These efforts will enable us to more efficiently coordinate and use our existing resources so we can benefit from better science and technological innovations, react more quickly, put our resources where they’ll do the most good, and have a more effective impact,” said Deputy Secretary Michael Connor, who oversees the Task Force. “This report demonstrates our commitment to working with our partners to reduce the likelihood and severity of rangeland fire, stem the spread of invasive species and restore the health and resilience of sagebrush-steppe ecosystems.”

Interior’s work to reduce the size, severity and cost of rangeland fires is a key part of a larger, unprecedented federal-state partnership to provide strong habitat protection and conservation measures on public and private lands to protect the greater sage-grouse. More information on the ongoing, collaborative work to conserve the sagebrush landscape is available at www.fws.gov/greatersagegrouse.

The Initial Report: A Strategic Plan for Addressing Rangeland Fire Prevention, Management, and Restoration in 2015 is available online here.

Living With Fire Podcast features a perspective on wildland firefighting,...