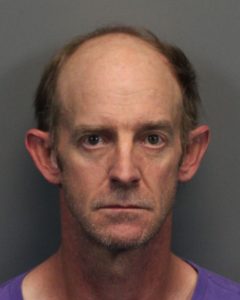 Varnum is a two-time convicted sex offender and listed as a Tier 2 offender, which means he was assessed as a “moderate risk” for recidivism. He was identified by the Task Force after he distributed child pornography over the Internet. The search warrant located evidence of his activity, including a cache of child pornography videos and images, but investigators do not believe they include any local children.

Varnum was arrested and booked into the Washoe County Detention Facility on five counts of Possessing Pornography of a Person Under the Age of Sixteen and one count of Promotion of a Sexual Performance of a Minor Under the Age of Fourteen.

Varnum is the second arrest made by the Task Force during the past two weeks and demonstrates the horrific reality of how freely child predators locate and share images and videos of these children worldwide across the Internet.

“This sharing will continue to victimize these children throughout their entire life,” Task Force Sergeant Dennis Carry of the Washoe County Sheriff’s Office said. “These aren’t just nude photos, they are sexually explicit images, most of which involve the sexual assault of children of all ages.”

The primary function of the Northern Nevada Internet Crimes Against Children Task Force is to locate predators who use the internet to exploit our children. They have been responsible for the arrests of over 160 individuals since 2003. Their work is effectively fighting cyber crimes thanks to the ongoing commitment of law enforcement, local District Attorney Offices and the United States Attorney’s Office Project Safe Childhood Program.

Residents are encouraged to report any incident of Internet child exploitation to local law enforcement or the Cyber Tipline at: http://www.cybertipline.com.