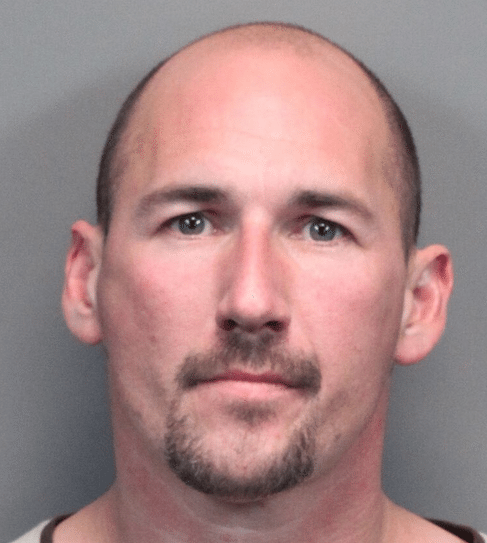 Dare, who was working as a driver for The Salvation Army at the time of the incident, was called to the woman’s home to pick up a mattress sometime in late September. According to investigators, Dare told the victim that The Salvation Army would not accept her mattress because of a stain. He then said that he would take care of the stain and the mattress for thirty dollars and asked the woman to write a check to him personally.

After receiving the check, Dare altered the check amount from the initial $30 to $330, investigators said. He then proceeded to cash the check for the higher amount.

After noting the discrepancy, the victim contacted the Washoe County Sheriff’s Office. The subsequent investigation led to the arrest of Dare on one charge each of Forgery, First Degree Burglary, Intent to Utter a Fictitious Note, Obtaining Money Under False Pretenses and Violation of Probation Conditions.

Washoe County Sheriff’s Office Detectives investigating this case think there may be additional victims of fraudulent activity by Dare. Anyone who may have been in similar circumstances is encouraged to review their bank statements immediately and to contact the Detective Division at (775) 328-3320 if they detect anything suspicious.

“It is not the policy of The Salvation Army to solicit or receive monetary donations during the pick-up of household donations,” Major Michael Zielinski, Washoe County Coordinator for the Salvation Army said. “If an individual is solicited for a monetary donation during a household donation pick-up, please call our office at (775) 688-4555 to report the incident.  We apologize for the inappropriate action taken by Mr. Dare.”

As the holiday season approaches, the Sheriff’s Office would like to remind residents to be alert for scams in which criminals pose as friends, family, respected companies, government agencies and charities in an attempt to fraudulently obtain money quickly.

“Con-artists” are constantly looking for new ways to defraud the public. These criminals will lie, distract or persuade people into making split-second decisions. The following safeguards are from the Staying Safe page at WashoeSheriff.com: