Paul Klein applies to be on City Council 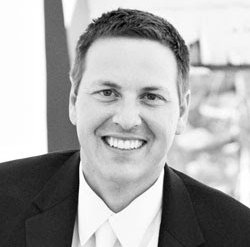 Paul Klein, one of the founders of the #BiggestLittleCity movement that was launched to improve the perception of Reno, has applied to be on the Reno City Council.

Announcing his candidacy through his blog, paulkleinreno.com, Klein’s announcement was shared on social media nearly 800 times.

“I didn’t expect that much support so quickly, but it’s astounding to know the community believes in me,” Klein said.

Klein owned a communications agency in Reno for five years and was appointed by the City Council to serve on Reno’s Parks and Recreation Commission, Reno’s Arts and Culture Commission and the Reno Priority Service Task Force, which built a report that prioritized the City’s public services.

Klein works for the city leading a team that informs and engages the community on City of Reno business. He said that he attributes his knowledge of the city’s operational systems, financial management, staff resources and capabilities to this role.