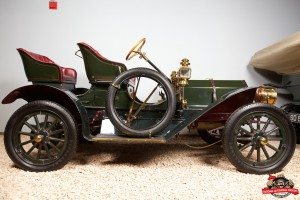 This national program honors 10 outstanding members for their career achievements, community involvement and contributions to ABWA. The Top Ten Business Women will be honored at ABWA’s National Leadership Conference in Overland Park, Kansas October 30 through November 1.

“Top ten candidates are a paradigm for ABWA members who strive for excellence in their careers, their communities and in the Association,” said Rene Street, executive director of ABWA.

Frady has been actively involved with ABWA since 1986 and currently serves as president of the Reno Tahoe Express Network – a local league of ABWA. The organization continually evolves to remain relevant for today’s business woman and has significantly impacted her career.

“My management and leadership skills soared, my credentials grew and my resume expanded through ABWA,” said Frady. “Most significantly, ABWA has fueled my need for lifelong learning and professional growth through the exceptional ABWA-KU MBA essentials program offered through annual National Women’s Leadership Conferences.”

Frady’s career in the collector car field began in 1981 with the former Harrah’s Automobile Collection. Following a progression of management positions, she was promoted to executive director of the National Automobile Museum in 1992 and in 2012 was elected president of the museum’s 501(c)(3) corporation. Under her leadership, the museum has been self-sustaining since 1993, she has been credited with creating a public awareness campaign that helped lead to retirement of the museum’s construction debt and has been recognized as a leader in the automobile museum industry.

In 2012, under Frady’s leadership, the museum was named “One of America’s Five Greatest Automobile Museums.” Previously, it had been listed among the 10 best in the U.S. and 16 best in the world. The museum also received the Reno-Sparks Chamber of Commerce award for Non-Profit Excellence in Commerce, honoring business growth and commitment in the Reno-Sparks community.

Further, the museum has won several awards at the annual awards competition of the National Association of Automobile Museums including in the categories for education, interpretive exhibits, newsletters and magazines and marketing. Further, the Museum’s Precious Metal magazine, of which Frady is the editor and primary contributing writer, won a 2014 NAAMY Award of Excellence earning a perfect score.

Under Frady’s leadership, the Museum has implemented a prominent educational program – a series of multi-day history symposiums – funded by grants from Nevada Humanities, a state program of the National Endowment for the Humanties. The series, approved by the Nevada Department of Education, allows teachers to receive in-service credit.

Additionally, Frady helped author and edit two books published by the museum, a coffee table book Against All Odd, about the 1908 New York to Paris Auto Race and a soft-bound souvenir book about the museum’s history and its collection. She researched and helped produce the museum’s audio tour and produced a short film, The Bill Harrah Story and the Legendary Journey to the Museum, in conjunction with KNPB Television, Reno’s Public Broadcasting Station.

Frady has been actively involved with the National Association of Automobile Museums (NAAM) since its inception in 1994. NAAM is the professional center of excellence for automobile museums across the nation that supports, educates and encourages members to operate according to professional standards of the museum industry. She served as President several times, and most recently for three consecutive terms, 2012-2014.

Frady’s 30-year career in the collector car field was celebrated in 2011 by Reno Magazine in a cover story, “Driven to Success” and in a “Captains of Industry” feature by the Reno Gazette-Journal. In 2012, Frady was featured on KTVN in “Someone 2 Know,” which recapped her career and influence as a leader and professional and as a woman who helped pave the way for other ladies in an industry once driven by men.

In 2013, she received the prestigious Silver Thistle Award as the 2013 Scot of the Year by the Nevada Society of Scottish Clans at its 32nd Annual Robert Burns Celebration. The award recognizes an American of Scottish ancestry for outstanding service in the Northern Nevada or Northeast California communities in business, medicine, education, fine arts or philanthropy.

One of “America’s Five Greatest Automobile Museums,” the National Automobile Museum showcases more than 200 eye-popping automobiles ranging from antique and vintage to classic, special interest and rare wonders. It features theatre presentations and audio tours in English and Spanish through 100,000 square-feet of galleries, exhibits and vibrant street scenes with detailed facades and accompanying artifacts that bring displays to life. The museum provides entertaining and educational programs serving adults, educators, classrooms and families. Additionally, the museum is a dynamic and popular venue for special events as intimate as 50 and as large as 1,200. For more information, visit www.automuseum.org.

Guideline is 1 social worker for every 250 students. NV...