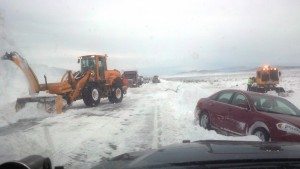 As fall arrives, the Nevada Department of Transportation (NDOT) is looking ahead and preparing to keep state roads clear when winter snow flies.

The majority of positions will be required to operate various types of heavy equipment.