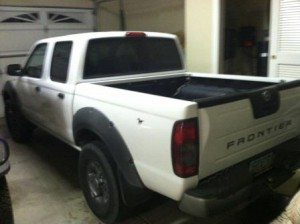 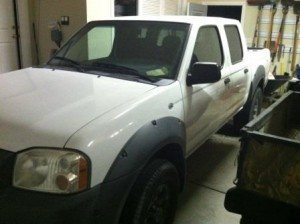 At approximately 7:30 p.m. on June 13, Sheriff’s Deputies were summoned to the 4800 block of Leo Bingo Court on a report of a shooting that had just occurred. The reporting person advised that the suspect had shot his wife and then fled the scene in a white Jeep Cherokee.

As Deputies arrived on scene they discovered a deceased female near the front door of the residence. The man who initially reported the shooting was nearby and Deputies saw that he had also been injured by what was later determined to be non-life threatening gunshot wounds. He was transported to a local hospital for treatment.

Upon further investigation Deputies discovered a second deceased female within the home. This victim appears to have suffered from trauma to her body with no apparent gunshot wound.

As Deputies continued their investigation on Leo Bingo Court, the Carson City Sheriff’s Office intercepted the white Jeep Cherokee that had reportedly fled the scene. A high speed pursuit occurred that ended in Churchill County when the suspect was killed during an Officer Involved Shooting.

The Washoe County Sheriff’s Office has determined that the vehicle involved in the pursuit was stolen from the Leo Bingo address where the shooting occurred. Property belonging to one of the female victims was found inside the Jeep as well.

Washoe County Detectives are awaiting an autopsy and formal identification of the suspect to confirm whether he is, in fact, the suspect in the Washoe Valley homicides. However, at this time Detectives believe there are no are no outstanding suspects related to the Leo Bingo homicide scene.

During their search of the Leo Bingo crime scene, Detectives located a white Nissan Frontier truck with Arizona license plates hidden in the garage. The truck is believed to have been driven into the garage by the suspect. Detectives also learned that the truck had been at the Washoe Lake State Park campground in the days prior to the killings.

At this time, Washoe County Undersheriff Tim Kuzanek is asking for the public’s assistance in helping to establish the whereabouts of this vehicle in the days prior to the killing.

“Our Detectives are actively working to determine the suspect’s whereabouts and timeline and any leads will be thoroughly investigated,” Undersheriff Kuzanek said. “Anyone with information is asked to contact the Washoe Sheriff’s Office Detective Division at (775) 328-3320, or Secret Witness at (775) 322-4900.”

Washoe County Detectives continued to investigate this incident into the early morning hours and throughout the day on Saturday, June 14. The Washoe County Medical Examiner’s Office is currently in the process of conducting a formal identification and next of kin notification for the deceased. Cause of death will be determined by the Medical Examiner’s Office as well. Additional information will be released as the investigation unfolds.

The two photos above are of the white Nissan Frontier truck with Arizona license plates found in the garage of the Leo Bingo Court house.