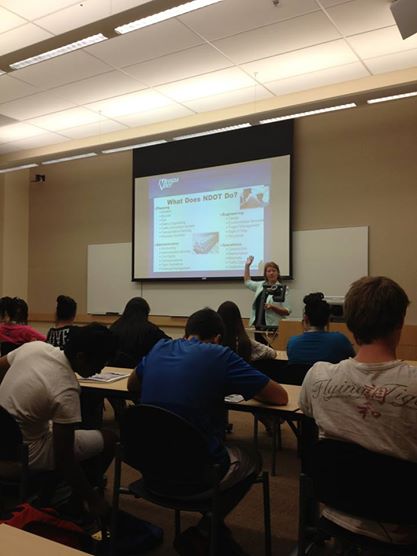 NDOT NEWS — The public is invited to provide feedback on proposed roadside landscape and aesthetic themes for several Interstate 580 interchanges in south Reno during a June 17 Nevada Department of Transportation public information meeting.

Landscape and aesthetics are used to enhance and define roadway corridors, reflect the heritage and culture of communities and further an area’s tourism and economic development potential.

The public information meeting will be held from 4 to 7 p.m. Tuesday, June 17 in the Depaoli Middle School cafeteria located at 9300 Wilbur May Parkway in Reno, with an informational presentation beginning at 5:30 p.m. The public is invited to attend the open-format meeting at any time between 4 and 7 p.m. to discuss the proposed designs and provide comments. Comments can also be made before July 1 on-line at www.nevadadot.com, by e-mail at [email protected] or by mail at NDOT Landscape and Aesthetics, 1263 South Stewart Street, Carson City, NV., 89712.