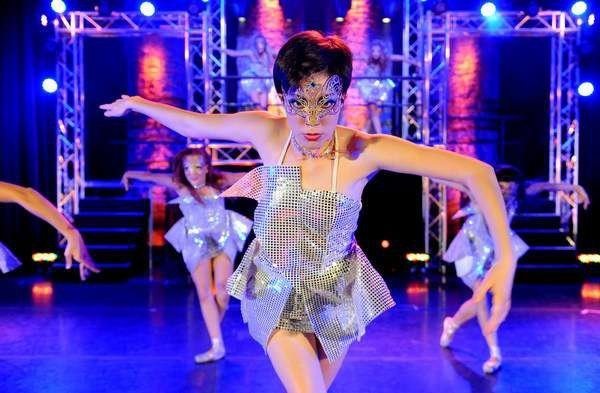 Artistic director Alexander Van Alstyne has choreographed an exciting contemporary ballet unlike any other you have seen. Ballerinas perform grande jetés to music by popular rock artists on a stage featuring a visual spectacle of scaffolding and exciting props and sets.

The performances of Vortex are at 8:30 p.m., July 18 and 19, at the beautiful Bartley Ranch in the Robert Z. Hawkins Amphitheater. Ticket prices are $20 and $25 for adults. Students with I.D. only $15. This is a PG 13 show. Special VIP tickets that include wine/beer and hors d’oevres are available for $45. The gates open at 7:30 p.m. for picnicking and the VIP party. Tickets can be purchased online at avaballet.com, by calling 775-762-5165, or at the Bartley Ranch box office on the nights of the shows.

A.V.A. Ballet Theatre is the resident ballet company for the Pioneer Center for the Performing Arts. They are northern Nevada’s largest company under the instruction of a professional faculty with years of performing experience in renowned metropolitan ballet and production companies across the United States and Europe.

Vortex during the month of July is part of the 19th annual Artown festival, July 2014. The month-long summer arts festival features more than 500 events produced by more than 100 cultural organizations and businesses in locations citywide. Artown receives major funding from the City of Reno, and is sponsored by Grand Sierra Resort, U.S. Bank, NV Energy, Reno Tahoe USA, RGJ Media, KOLO 8 News Now, Reno Media Group, and KNPB Public Television. Additional support is received from the Nevada Arts Council and the National Endowment for the Arts.