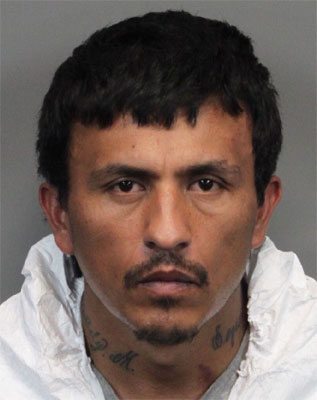 On April 2, 2014, at about 5:20 a.m., Reno Police officers observed a man climb atop a Chinese restaurant in the 2300 block of S. Virginia. The subject was observed trying to gain entry to the business from at vent on the roof. The subject came down off the roof and he was contacted by officers. The subject was interviewed and admitted to committing the recent rash of commercial burglaries that had been occurring in the Reno area since the beginning of March.

The Reno Police Department encourages local business to secure money or valuable items in a secure safe or deposit the day’s receipts into a local bank.

This investigation is ongoing.