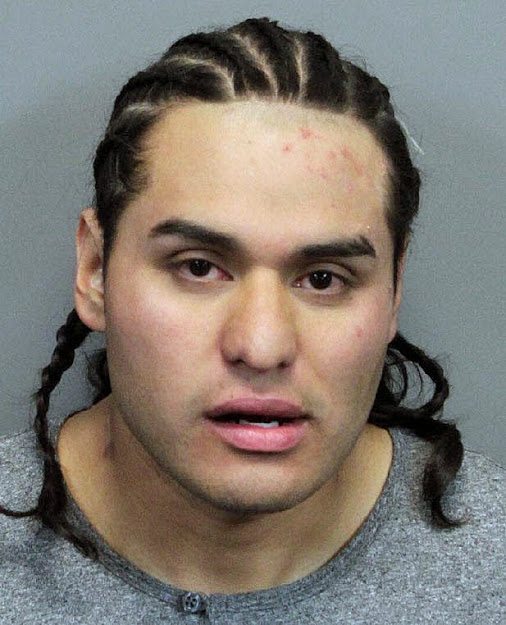 On April 19, 2014 a suspect confronted a victim and an argument ensued.  The suspect pulled out a small handgun and threatened to shoot the victim.

The suspect then started waiving the handgun in front of several other subjects.

Upon arrival of the Reno Police Department, the suspect ran into an apartment, which was occupied by a resident.

The resident came out of the apartment and told officers the suspect had barricaded himself inside the residence.  After several hours of negotiations with the Crisis Negotiation Team, and with the assistance of the SWAT team, the suspect exited the residence and was taken into custody without further incident.

Charges:  Assault with Deadly Weapon, Brandishing a Firearm and Obstructing and Resisting