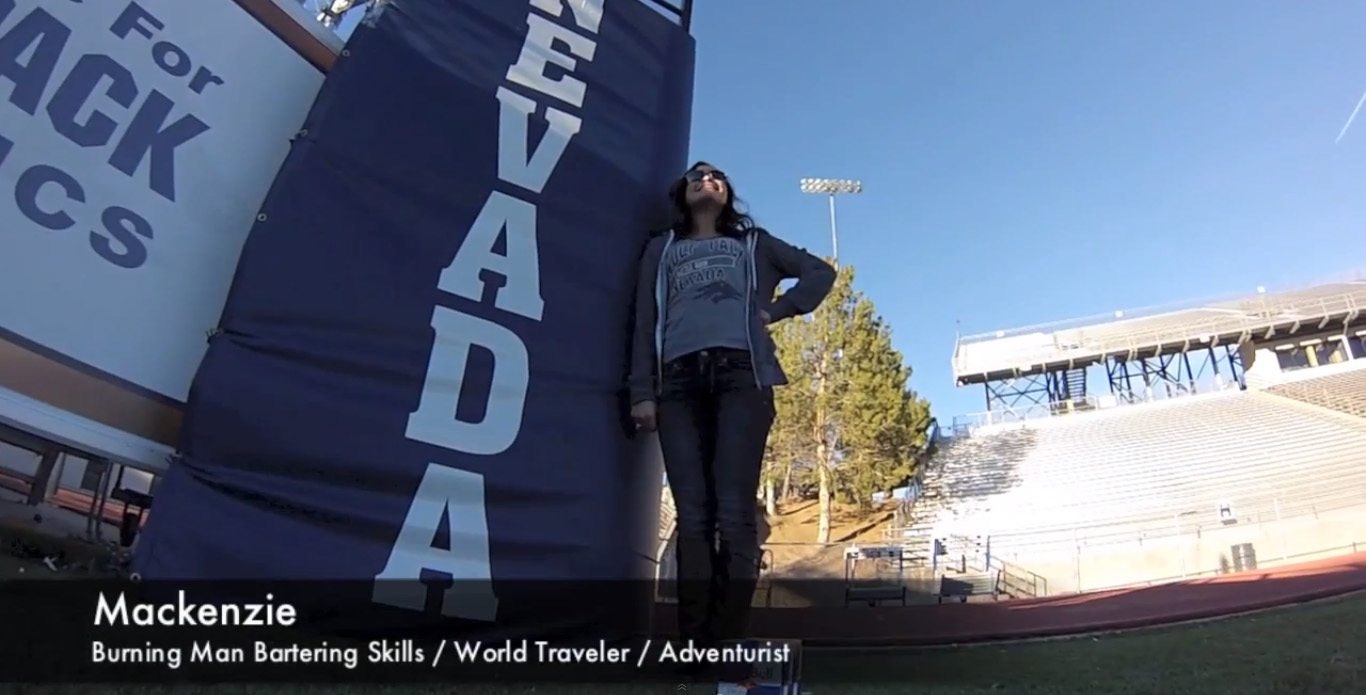 Red Bull is launching a contest and three UNR students are aiming to compete. Red Bull said that the contest is “an adventure that will challenge the body and mind as teams from all over the world travel across Europe using only cans of Red Bull as currency.” VOTE for the students HERE.

The UNR team of three students consists of world travelers and first class competitors who believe that education exists outside the classroom as well as inside a textbook.

First up on our team we have Mackenzie, a Nevadan native, Burning Man attender and frequent Europe traveler. She has more leadership skills than most. Next up is Jessi who is also a born and raised Nevadan. She brings to the team her rodeo assets–trusting her 1,500 pound teammate, she’s fearless and knows how to compete.

Finally we have Matthew, an Alaska native who needs only his canine companion for survival. An outdoorsman, he carries the team with strength and survival skills.

Representing the University, the Wolf Pack has the stamina to endure this seven day educational experience.

“We have what it takes, throw us to the wolves and we will return leading the pack,” they said. VOTE for the students HERE.