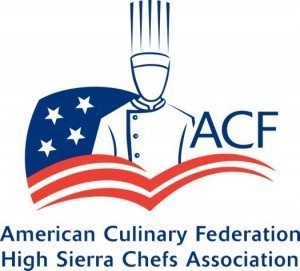 This program was structure by the American Culinary Federation, the authority of food in America, with assistance from the US Department of Agriculture and the US Department of Health and Human Services and is in full compliance with both in information and materials used as established by these agencies. The program will be presented to a bilingual audience with materials in support.

All recipes were developed by and received full approval of the American Culinary Federation (ACF) along with the School Nutrition Association (SNA) and together, they are leading a new coalition of top culinary, nutrition and school organizations to oversee the ACF Chefs Move to Schools (CMTS) program. This exciting initiative was created by First Lady Michelle Obama and Sam Kass, White House senior policy adviser for healthy food initiatives, as part of the White House’s Let’s Move campaign. Chefs will prepare these dishes on site show parents how simple they can be using readily available, fresh, and inexpensive grocery store items.

The next program is schedule for March 20 at the school starting at 2:30 p.m. and run until 3:15 p.m. The last program of the series is March 27 and in addition to the 2:30 p.m. session, there will be a Healthy Foods Fair open to parents and families of the student that will run from 4:00 p.m. until 6:00 p.m. Chefs will prepare four simple, but nutritious foods showing parents the easy process using foods readily available at any grocery story. Families will take away ACF Healthy Cooking cookbooks as a gift of the HSCA.

This pilot program is part of the HSCA commitment to the community to help begin the process of changing how we think about food in Nevada. While chefs are the stewards of flavor in food, with growing problem and increasing concern about the health of Americans, particularly children, the chefs are committed to doing their part to inform and assist anyone who wants to embrace healthy change.

The American Culinary federation (ACF) is “the authority on food in America,” founded in 1929. The High Sierra Chefs Association, Inc. the local chapter of the ACF was founded in 1977 in Reno and has a roster of 245 culinary professionals in northern Nevada and northern California.