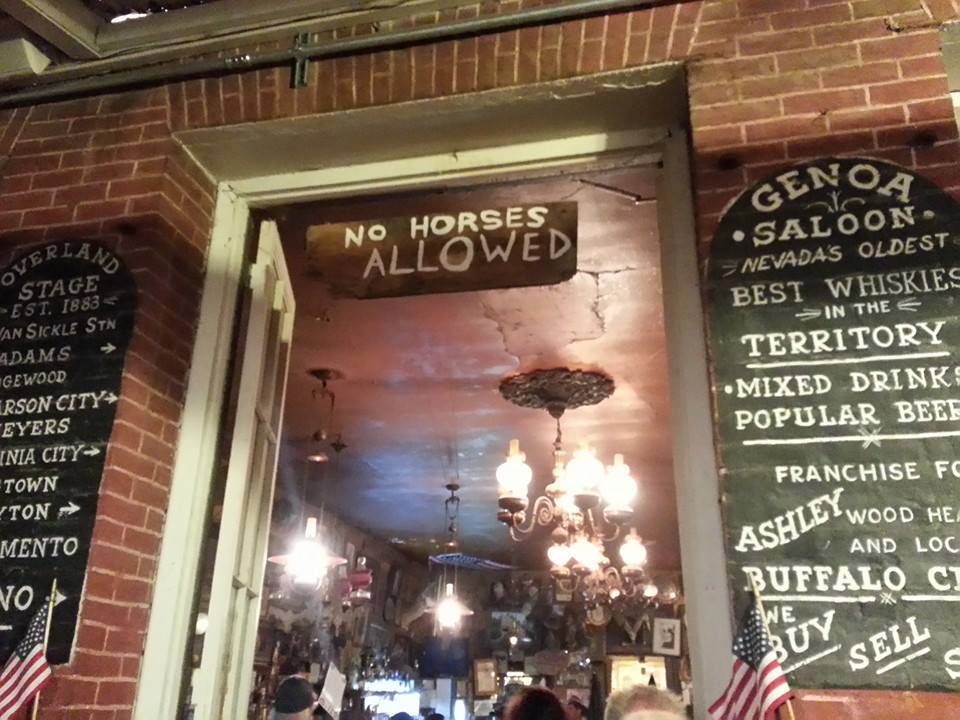 A journalist and a local family walk into a bar.

The journalist examines it, captures the scene in a few pictures and decides the cobwebs strung along the ceiling only add to its allure.

The local family, after a round of beers and shots of Fireball, discusses when the dinner roast will be ready. It’s clear: for many, this bar is home and home means Nevada.

With the celebration of Nevada’s birthday past this October, many iconic Nevada businesses have received much praise and attention. Nevada’s oldest bar, the Genoa Bar and Saloon is no different. It received proclamations from several ringleaders in the community including Gov. Brian Sandoval, Lt. Gov. Brian Krolicki, Senators Dean Heller, James Settelmeyer and Harry Reid, as well as the Douglas County Commissioner.

The fame and attention humbly adds several other frames to the already adorned bar walls; the stamps of recognition somehow blend in with the old newspaper print, dusty hats and large antlers.

Willy Webb, its owner, wears a hat with studs, a brown worn leather jacket and dark sunglasses. While speaking with him, Webb’s blue eyes glaze over the countless stories and unique encounters he’s acquired through the bar.

For instance, an array of bras used to hang from the chandeliers. (Webb says it was because “people did strange things.”) But soon after iconic actress Raquel Welch visited the bar, the scenery was forever altered. When asked to donate a bra to a chandelier, she said she would only if the others were taken down.

Now the other bras, along with new donations are kept in the old, 19th Century bar safe, which takes two hands to open because the door is so heavy. Customers are encouraged to peak inside the safe, but, forewarning, the custom is: whoever opens the safe donates.

Willy and his wife, Cindy bought the bar in Sept. of 2000 with only four days to get ready for Genoa’s yearly festival – the Candy Dance.

The bar has had thorough attention as Webb, a former carpenter, tends to its needs – including repairs and preservation.

Currently, two of the four bartenders at the Genoa Bar and Saloon are Webb’s daughters, Ellie and Lindsey. His intention is for them to eventually take over the iconic bar to keep it family-owned.

Genoa Bar and Saloon has secured its place as a must-see destination spot in Nevada, as people from across the globe visit the rustic bar. Webb, who is also president of the Greater Genoa Business Association, says he is also active with the Nevada Department of Tourism.

“[People love] anything that has to do with the West,” Webb said. “They can’t believe they’re standing in a building that John Wayne was in.”

The Western charm makes Genoa Bar and Saloon a destination for anyone – politicians, locals, a curious journalist – who is looking for home.