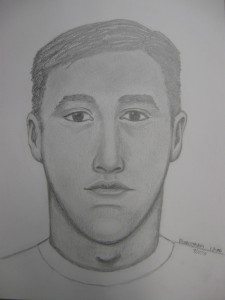 Detectives from the Reno Police Department’s Sex Crimes Unit have identified a possible suspect in the case of a Sept. 16 sexual assault. Due to the scope and nature of this investigation, the name of this person is being withheld at this time. The suspect’s last known location is outside of the Reno-Sparks area.

The assault occurred at approximately 8:20 pm. A 37-year-old female was jogging in the area of Veterans Parkway and Wind Walker Dr when she was attacked, forced into a nearby field and sexually assaulted.

The suspect told the victim that he had a gun, however none was seen. The victim was able to ultimately get away from the suspect and gain assistance from a passing motorist. The suspect is described as follows:

Hispanic male adult early 30s, 5-05 to 5-08 tall, with dark skin and thin features. He was clean shaven, had short dark hair and was last seen wearing a white t-shirt and dark pants.

The Reno Police Department would like to express its appreciation to the public for their assistance in this highly sensitive matter and we continue to encourage anyone who has additional information regarding this case to please contact our department directly or through Secret Witness. Anyone having information relating to this crime or the suspect(s) should contact the Reno Police Department at 334-2115, Secret Witness at 322-4900