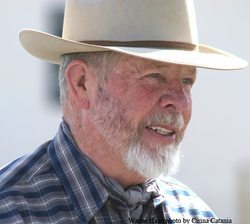 
Out in the American West, it’s not hard to find ranchers who’ll tell you that federal land agencies and U.S. Justice Department lawyers have in recent decades been working to destroy family ranching as a way of life.

Late last month, however, those ranchers — ignored and discounted though they’ve generally been — got, for their argument, some very high-powered ammunition.

Naturally enough, it came right out of the heart of the decades-long, high-profile litigation between the U.S. government and the family of the late E. Wayne Hage, author and property-rights advocate.

In findings of fact and conclusions of law published May 24, Robert C. Jones — chief judge of the United States District Court for the District of Nevada — determined that officials of the U.S. Forest Service and the Bureau of Land Management had entered into a “literal, intentional conspiracy to deprive the Hages not only of their [grazing] permits but also of their vested water rights” — without which no ranch can exist.

Moreover, said Jones, after the agencies brought a weak and largely undocumented 2007 “cow trespass” case against the Hage estate and its executor, Wayne N. Hage, agency officials had maneuvered to damage the Hage legal defense in that case.

“After the filing of this action,” wrote the judge, “the Government sent trespass notices to people who leased or sold cattle to the Hages … in order to pressure other parties not to do business with the Hages, and even to discourage or punish testimony in the present case.”

“For this reason,” continued Jones, “the Court has held certain government officials in contempt and referred the matter to the U.S. Attorney’s Office.” A three-day hearing on the contempt matter had followed the end of the grazing-trespass trial.

Thomas J. Seley, field manager of the BLM Tonopah field office, was one of the officials found in contempt of court and referred for possible criminal prosecution.

“Mr. Seley,” wrote Jones in the recently published findings, “after the filing of the present case and with knowledge of the case and the separate civil case pending before the [Court of Federal Claims], took actions to interfere with the defense of the present trespass action by intimidating witnesses via trespass notices and demands for payment in cases where he knew Mr. Hage had control of those witnesses’ cattle.”

Also found in contempt of court and referred to the U.S. Attorney’s office for possible criminal prosecution for his role in the asserted conspiracy was USFS District Ranger Steven Williams, assigned to the Austin and Tonopah districts of the Humboldt-Toiyabe National Forest.

“Most of the plaintiff’s case and most of their closing argument,” said the judge, “was spent in constructing straw men and straw men arguments and then challenging defendants to knock them down.”