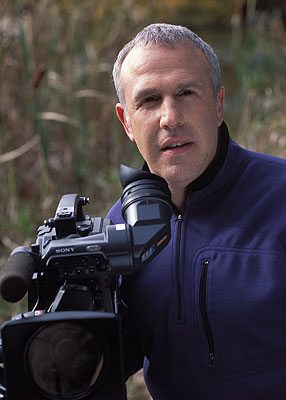 TMCC NEWS — Truckee Meadows Community College (TMCC) welcomes Fred Kaufman as the next presenter in the Distinguished Speaker Series (DSS) on Wednesday, April 3 at 7 p.m. Kaufman is the executive producer of the weekly natural history documentary series NATURE on PBS. As the executive producer since 1991, Kaufman has won multiple Emmy and Peabody Awards and, during this time, the series has been honored with more than 600 industry awards. Kaufman also received the 2012 International Wildlife Film Festival’s Lifetime Achievement Award for Media.

In its 31 seasons, NATURE has provided quality natural history programming to audiences nationwide. NATURE is the most watched documentary program on public television. Each week the series features fascinating stories about the world’s animals and ecosystems, teaching viewers more about the planet and its diverse inhabitants.

Tickets for the event are $10 for general admission and $5 for students with any valid student ID. Tickets can be purchased online at www.tmcc.edu/dss, or by visiting the Red Mountain Building at the Dandini Campus, room 324; the front desk of the Redfield Campus; or the front desk of the Edison Campus. A VIP reception beginning at 5:30 p.m. is available for $100 and will include a meet and greet with Kaufman, wine and hors d’oeuvres. Tickets for the VIP reception must be purchased by March 29, 2013.

The TMCC Distinguished Speaker Series aims to bring a broad spectrum of speakers to the college to enrich the academic lives of students and community members. The opportunity to hear a variety of speakers and attend different events offers a greater understanding of different cultural perspectives to participants. The DSS is chaired by Dianne Cheseldine, founder of the series.