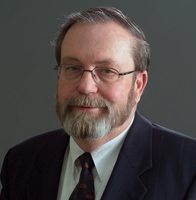 NEVADA CHAPTER ASSOCIATED GENERAL CONTRACTORS NEWS RELEASE – A behind-the scenes force in the construction industry who also dedicates his skills to protecting and enhancing the lives of local youth, the pragmatic and steady-handed mayor of Sparks and a construction professional who has battled for school funding with pride and passion were honored today during the Nevada Chapter Associated General Contractors’ 46th SIR Awards Banquet held at the Eldorado Resort Casino in Reno.

An acronym for the AGC motto, “Skill, Integrity and Responsibility,” the SIR Award is given to honor the men, women and organizations that have made outstanding contributions to Nevada, our quality of life and the construction industry. Originating with the Nevada Chapter in 1967, the SIR Award was adopted by AGC chapters nationwide, including the national office in Washington, D.C. National award winners include Presidents Ronald Reagan and Gerald Ford along with educators, humanitarians, business leaders and many unsung heroes. During the four-plus decades since the award’s inception, Nevada Chapter AGC has given out more than 100 SIR Awards to individuals and firms that embody Skill, Integrity and Responsibility. 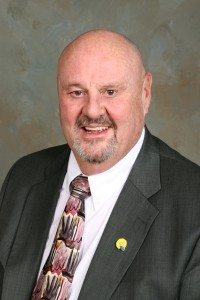 Award winners this year include Leo P. Bergin III, Partner, McDonald Carano Wilson; Geno Martini, Mayor of Sparks; and, Mike Cate, CEO – Pavers Plus, Inc. President – Construction Development Services, Inc. Leo P. Bergin, a Fallon native, has been a quietly effective supporter and key consultant to the construction industry. His practice spans four decades and focuses on real estate, securitization of financing of real property, agricultural law and general business law. His clients include several medium-sized construction firms and he counsels major real estate developers and title companies. Bergin is a behind-the-scenes lightning rod for building a better community for future generations, spearheading the construction of the Truckee Meadows Boys and Girls Club’s new Pennington Center. Mr. Bergin is also a farmer, owning Nevada Fresh Pak Farms and growing organic lettuce. He is a major supporter of 4-H and Future Farmers of America. Sparks born and raised,  one-time school bus driver and banker, Mayor Geno Martini now presides over the state’s fifth largest city. Under Mayor Martini’s tenure, Sparks has seen an additional one million square feet of retail businesses open.  He has guided the City during the highest growth periods ever, along with the most tumultuous economic times in recent history with skill integrity and responsibility always putting his community first. Mike Cate, a Douglas County native, moved from hod carrier to vice president at his first construction job while a University of Nevada undergraduate. Mike Cate has emerged as a leading advocate for education as a founding member of ACE Charter High School and a leading citizen advocate for creating safe and modern learning environments for Washoe County school children. He has advised the Legislature on bonding programs for infrastructure and is a member of the Nevada State Health board and citizen representative on the board of the Truckee Meadows Water Authority. He has personified the SIR Award by giving back to his community with Skill, Integrity and Responsibility.

The Nevada Chapter AGC was formed in 1939 by a group of Nevadans to replace the dangerous gravel roads in northern Nevada with modern asphalt. Now the group has become known for more than building roads. AGC members have battled floods, built hospitals, parks and schools. Over 200 members strong, the Nevada Chapter strives to support the image and awareness of the construction industry and the community quality of life with “Skill, Integrity and Responsibility.” The AGC represents Northern Nevada’s top general contractors and building professionals The AGC has dedicated itself to enriching the quality of future professionals in Nevada. The AGC is designed to create a cohesive environment in the construction field for the purpose of creating unity among members, building a professional work environment, increasing work satisfaction, and improving job performance. The Nevada Chapter AGC building is located at 5400 Mill St. Reno, NV 89502. The Nevada Chapter AGC may also be contacted by phone at 775-329-6116 or visit www.nevadaagc.org.