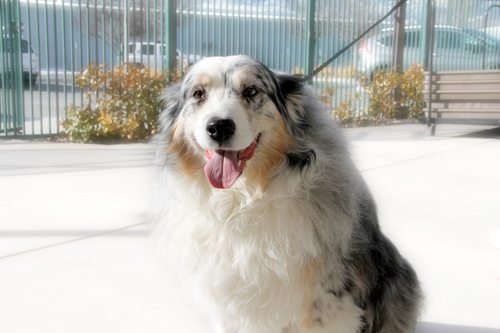 “We want to give Washoe County residents an opportunity to microchip their pets for free over the next 12 months because we believe that microchipping is your pet’s best chance of returning home if it ever becomes lost,” Regional Animal Services Director Barry Brode said.

“We have incredible stories about dogs and cats who were found hundreds of miles from home, or years after they became lost, that have been returned home amidst tears of joy thanks to successful microchipping programs.” 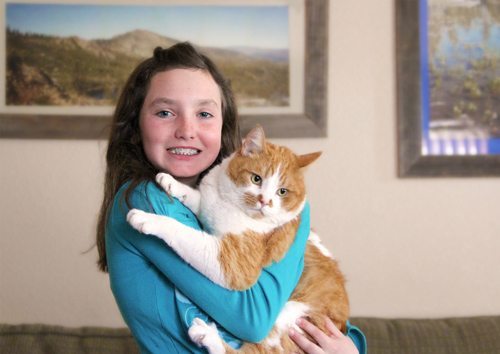 The family from one of the those stories joined Brode in launching the new microchipping campaign. Nine-year-old Carlie Sheridan of Cold Springs, whose cat Splash was returned after it was missing for over a year thanks to a microchip, spoke about the importance of microchipping during a press conference held earlier today at the Animal Services Facility on Longley Lane.

“We were sure we’d never see Splash again and we probably would not have if it weren’t for the microchip,” Carlie Sheridan said. “I hope everyone with a pet gets a microchip.”

Brode said the goal of this year-long campaign is to microchip 5,000 pets and encourage all pet owners, even those who think their pets never leave home, to take advantage of this free service.

Free microchips will be available at Regional Animal Services located at 2825-A Longley Lane from 10 a.m. to 4 p.m. Monday through Friday (excluding holidays).

To help reach as many pet owners as possible, Regional Animal Services will use their Mobile Command Center to staff regular field clinics in different Washoe County communities throughout the year. Planned field clinics during the first month of the campaign include:

“We want to do everything we can to help reunite lost pets with their owners as efficiently as possible,” Brode said. “Increasing the number of pets microchipped in Washoe County will also reduce the overall cost of running Regional Animal Services through decreased intake, housing and animal care costs.”

A microchip is a small, electronic chip enclosed in a glass cylinder about the size of a grain of rice. The microchip is activated by a scanner which receives information about the pet’s owners and home from the chip.

In many cases, microchipped pets can be scanned in the field and returned to their homes without ever having to be brought to the shelter, reducing stress for the pet, the pet owner and the cost of operating Animal Services.

Once microchipped, Animal Services encourages pet owners to register their microchip online at homeagain.com to ensure proper identification if the pet should ever become lost outside of Washoe County.

For more information about this special microchipping campaign, visit WashoeAnimals.com.