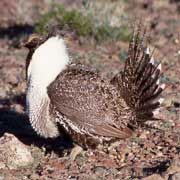 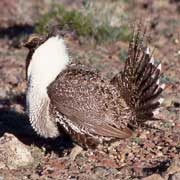 The endangered southwestern willow flycatcher is a small bird that resides along riparian areas on rivers and streams in the southern Nevada.  Flooding, development and invasive species have reduced the number of native willows that the bird relies on for its habitat and food supply.  The greater sage-grouse, a large chicken-like bird that depends on sagebrush to survive, is declining from loss of habitat caused by wildfire, predation and other factors.  It is found throughout northern Nevada.

“This new partnership effort focuses dollars and wildlife expertise on the recovery of targeted at-risk species whose decline can be reversed by conservation,” said Bruce Petersen, Nevada state conservationist for the USDA Natural Resources Conservation Service.

Landowners will receive incentive payments of 75 to 90 percent of the estimated cost for installing practices identified in a conservation plan developed with the landowner, according to Petersen.  Landowners who apply conservation measures to protect the southwestern willow flycatcher and greater sage-grouse will be in a better position to obtain regulatory certainty under the Endangered Species Act.

Safe Harbor Agreements, Habitat Conservation Plans, informal agreements and other mechanisms will be used to provide regulatory certainty for landowners, lessening the confusion or conflict around legal protection and ensuring that landowners who implement conservation measures now can possibly avoid the potential for future land use limitations and substantial conservation expenses.

“The flycatcher and sage-grouse need healthy watersheds to thrive,” said Tim Viel, Nevada NRCS state biologist. “The intent of this partnership is to help protect and restore quality habitat for these species.”

Viel noted that there are numerous conservation practices that will make a significant difference toward recovery of these species and assist in protecting riparian habitats, restoring native plant communities, preventing catastrophic fires and applying appropriate range management techniques.  These practices also have other benefits including reducing risk of wildfire, helping with flood control and improving water quality.

Interested producers and landowners can enroll in the Wildlife Habitat Incentive Program on a continuous basis at their local NRCS field office.  Applications received before April 30 will be considered in the first ranking period.  Applications within priority habitat areas will receive highest consideration. Maps are available on the Nevada NRCS Web site.  For more information, visit the Nevada NRCS Web site at www.nv.nrcs.usda.gov, or contact your local NRCS office.