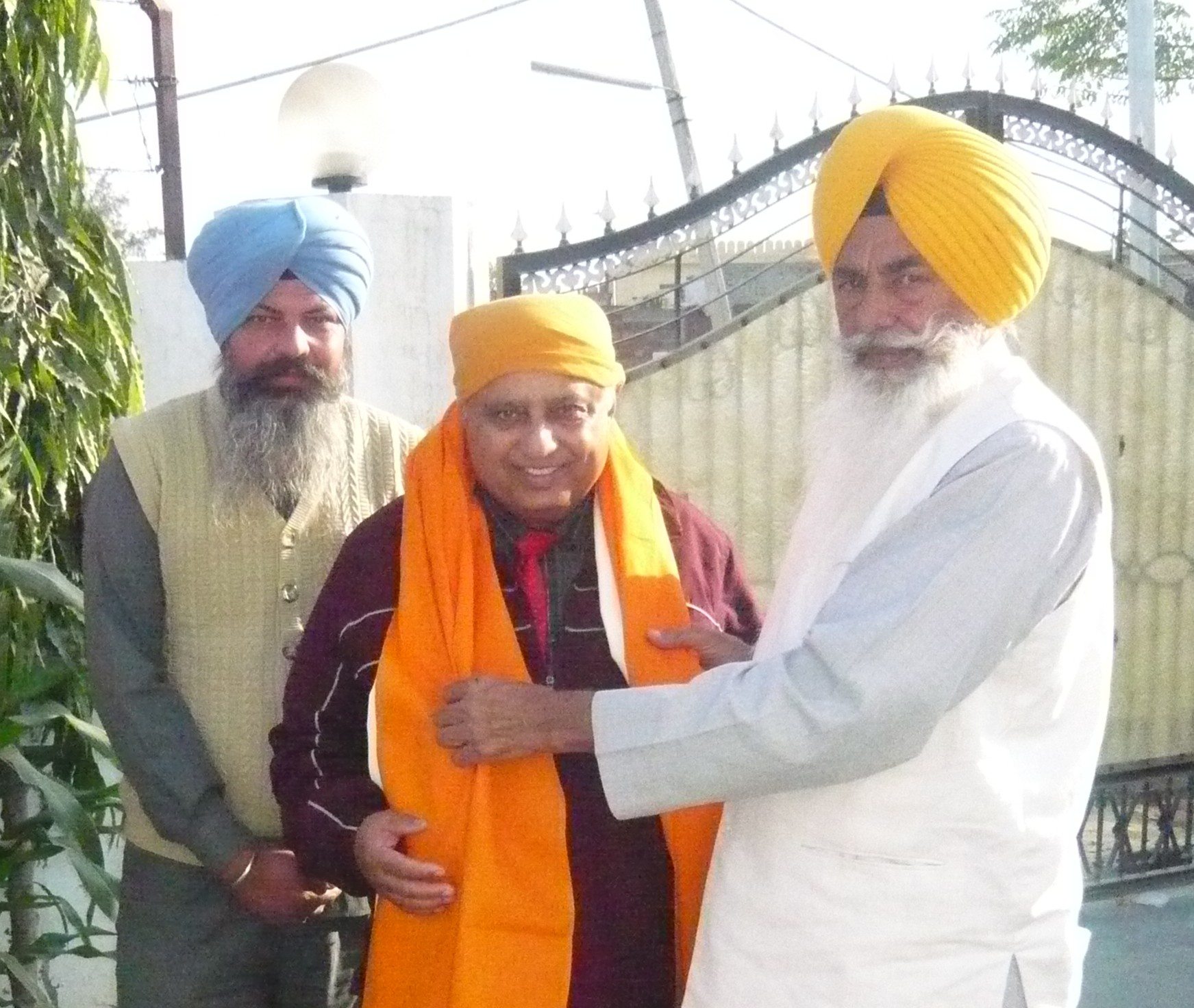 In a remarkable interfaith gesture, Reno based Hindu statesman Rajan Zed was honored with a siropa in Talwandi Sabo (Punjab, India) located Shri Damdama Sahib complex, which houses one of the five holy Takhts of Sikhism.

Siropa (robe of honor) was presented by Giani Balwant Singh Nandgarh, Jathedar of Takht Shri Damdama Sahib. Zed, who is President of Universal Society of Hinduism, was also given a shawl.

Rajan Zed was honored sometime back by Nevada (USA) Governor with a certificate for his work in interfaith dialogue, which stated: “For exemplary service in building a dialogue between the various faiths in Nevada and around the world; for building unity and creating awareness about the diversity of our state; and for sharing those messages on behalf of the state around the world”.

Zed has taken up interfaith, religion, Hindu, environment, Roma (Gypsies) and other causes all over the world. He is one of the panelists for “On Faith”, a prestigious interactive conversation on religion produced by The Washington Post, and has been bestowed with “World Interfaith Leader Award”. He is Senior Fellow and Religious Advisor to New York headquartered Foundation for Interreligious Diplomacy, Director of Interfaith Relations of Nevada Clergy Association, Spiritual Advisor to National Association of Interchurch & Interfaith Families, etc.

Takht Shri Damdama Sahib was consecrated by tenth guru Guru Gobind Singh in 1705 CE. According to Shiromani Gurdwara Parbandhak Committee website: All the ‘Five Takhts’ are a fountainhead of inspiration and a centre of enlightenment for the entire Khalsa Panth.

Sikhism is fifth largest religion in the world and Sikhs believe in one immortal Being; Ten Gurus, from Guru Nanak to Guru Gobind Singh; the Guru Granth Sahib; the utterances and teachings of the ten Gurus; and baptism bequeathed by the tenth Guru. Personal contact with Sikhs usually impresses the outsider with energetic hospitality. Hinduism, oldest and third largest religion of the world, has about one billion adherents and moksh (liberation) is its ultimate goal.