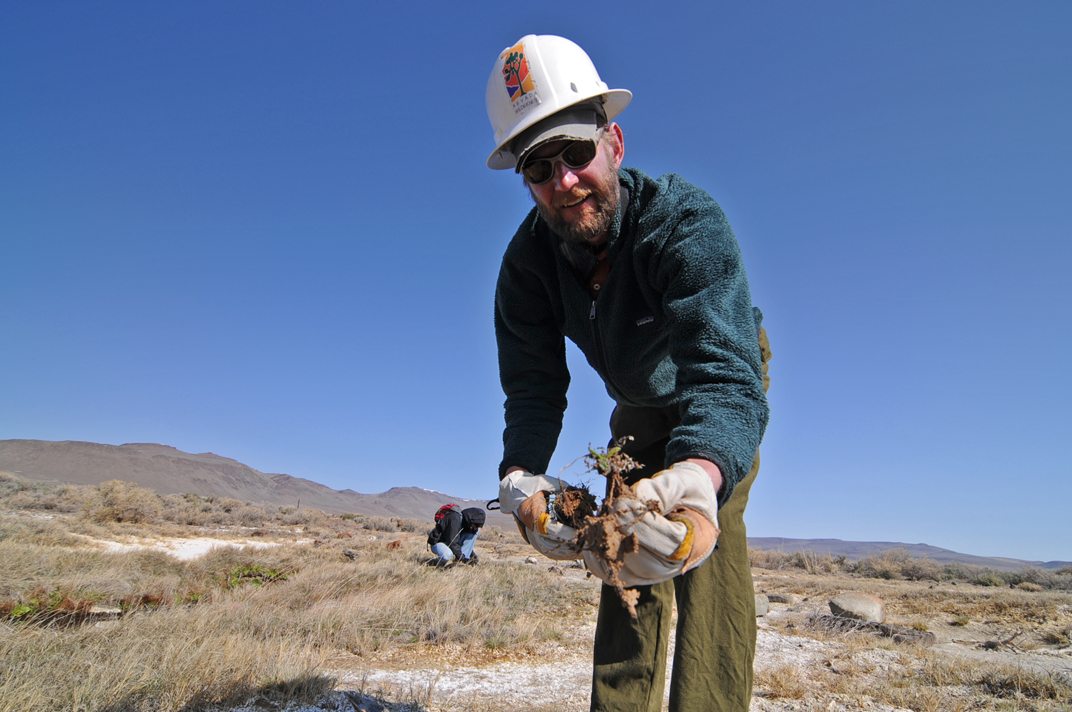 Friends of Nevada Wilderness will be celebrating individuals and organizations who played a special part in our 2011 field season.

These awardees will be honored at the Wilderness Wingding at the Grand Sierra Resort in the Tahoe Room. The celebration begins at 6 p.m. with an awards ceremony at 7 p.m. on Friday, Dec. 16. This event is open to the public.

2011 Volunteer of the Year – Scott Hall
Hall was an integral part of the success of the 2011 stewardship season. This year alone, he completed eight projects, became certified in cross-cut saw use, attended two trail maintenance courses and obtained a government driver’s license. Hall, as a volunteer trip captain, led several trips. Friends is in the process of elevating volunteers to higher levels of responsibility within our stewardship program, and Hall’s dedication is the blueprint for the essential role that a volunteer can play in protecting our cherished places.

Corporate Partner of the Year – REI
REI has been instrumental in supporting Friends of Nevada Wilderness over the years. In 2011, REI generously supported a two-week project to re-route the trail to the summit of Griffith Peak and many other wilderness stewardship projects throughout the state.

Group Partner of the Year – Nevada Outdoor School
Working in partnership with the BLM and Friends of Nevada Wilderness, the Nevada Outdoor School has hosted a “Kid’s Camp” since 2006 to engage youth and allow parent-volunteers to work on stewardship projects during the Black Rock Rendezvous, National Public Lands Days and other projects.

In 2011, volunteers worked on over 100 projects, giving 9,500 hours and donating a total of $223,236 of in-kind labor to Nevada’s wild lands. Please join us in celebrating the volunteers and members who made it possible.

Go Green at Sierra Belle to Benefit Friends of Nevada...