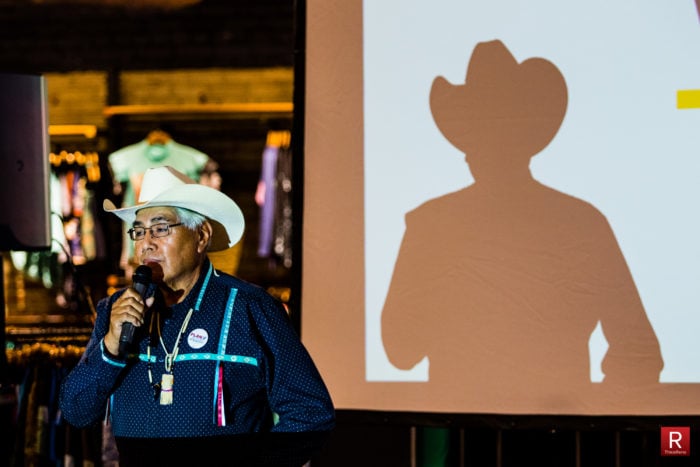 View the photo gallery below.

The downtown store was rearranged to accommodate a projection screen and seating area. Booths were also set up by the main entrance that included PLAN, the National Wildlife Federation, and Friends of Nevada Wilderness, among others. 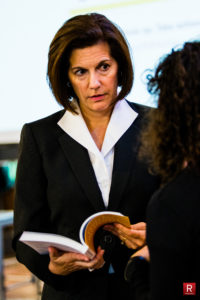 U.S. Senator Catherine Cortez Masto (D) spoke very briefly at the event. She mentioned her role on the U.S. Senate Committee on Energy and Natural Resources saying that oil and gas have been put as the priority over the environment.

After a few comments about supporting activism and applause, she excused herself and left.

A panel then discussed how best to be an activist for public lands.

Hunter explained Nevada’s unique place when it comes to public lands being state with the most federally owned lands in the U.S. 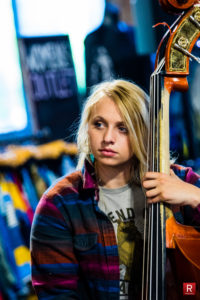 The panel was asked what advice they could give to a person just getting into activism. Netherton encouraged people to find a place they are passionate about, Harry and Kornze both emphasized educating yourself about your subject.

When asked if the land should be federally or state owned, the response from both Kornze and Netherton spoke immediately to the ownership by the federal government.

Netherton added that the state of Nevada does not have the capability of maintaining the land under federal control, saying that Nevada can barely maintain the state parks it has.

She also said that the idea of the state “getting the land back” was wrong because it never belonged to the state in the first place.

The evening concluded with a short video protesting the proposed loss of 300,000 acres of the Desert National Wildlife Refuge to be used by the U.S. Air force. The hashtag #DontBombTheBighorn concluded the video. 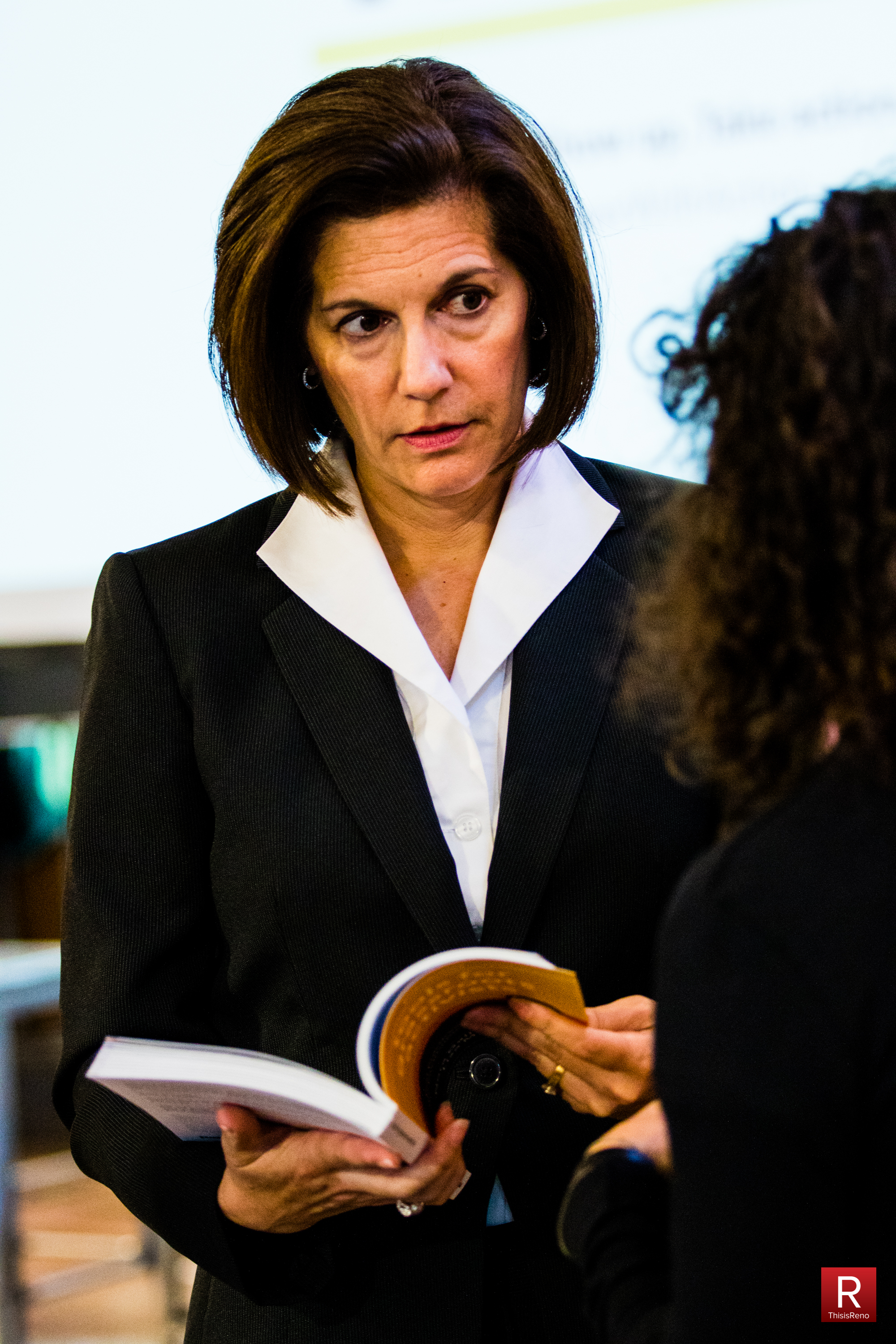 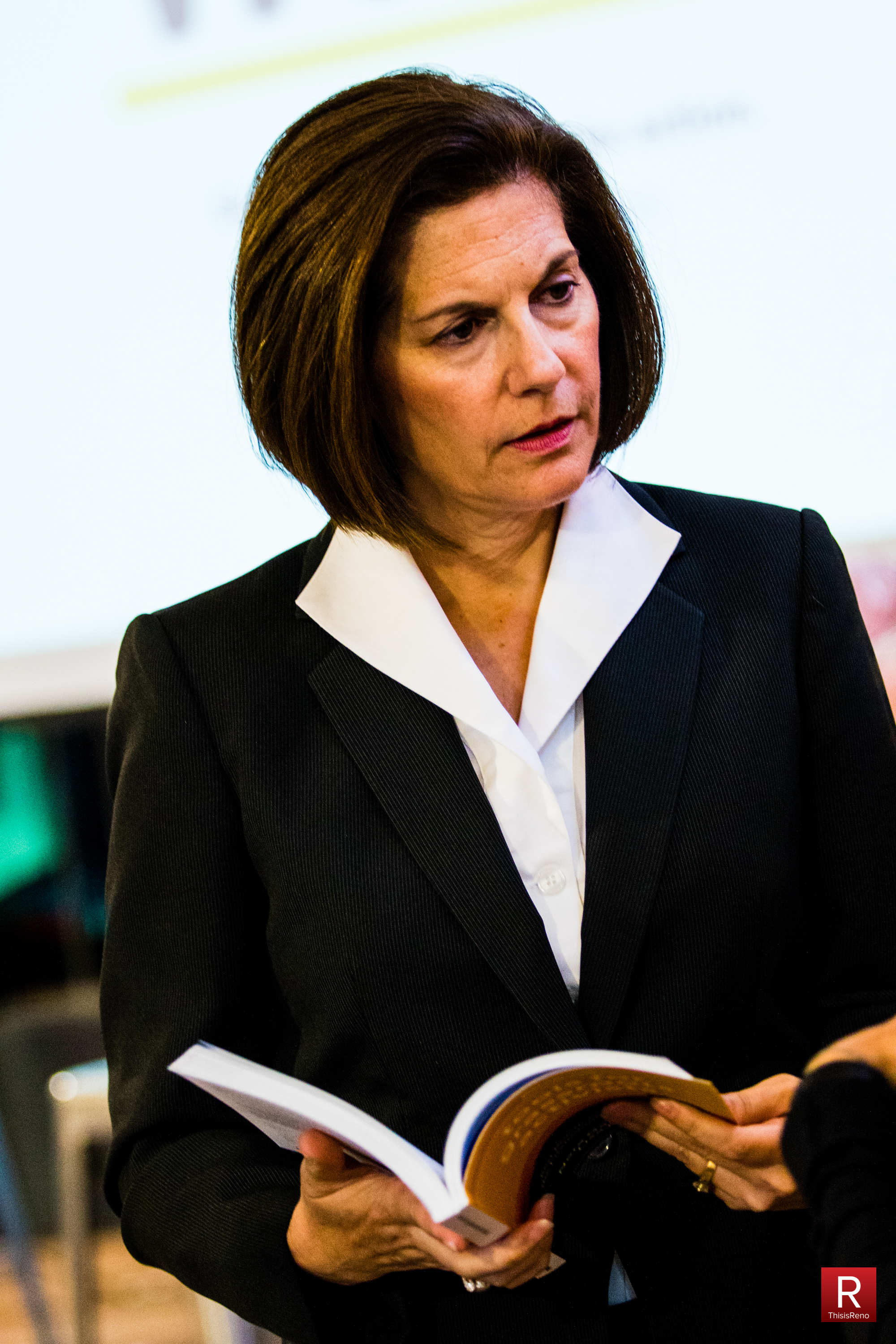 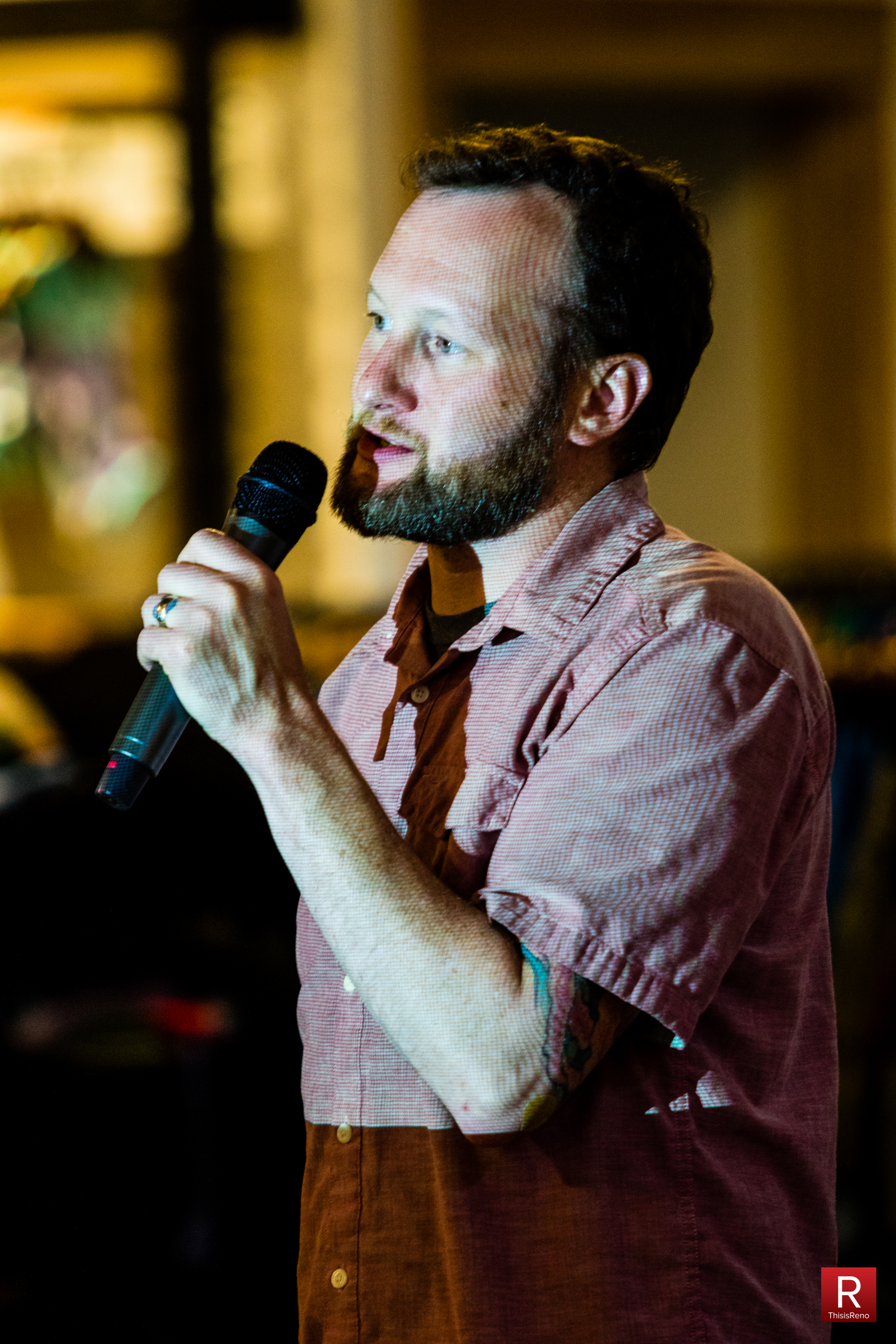 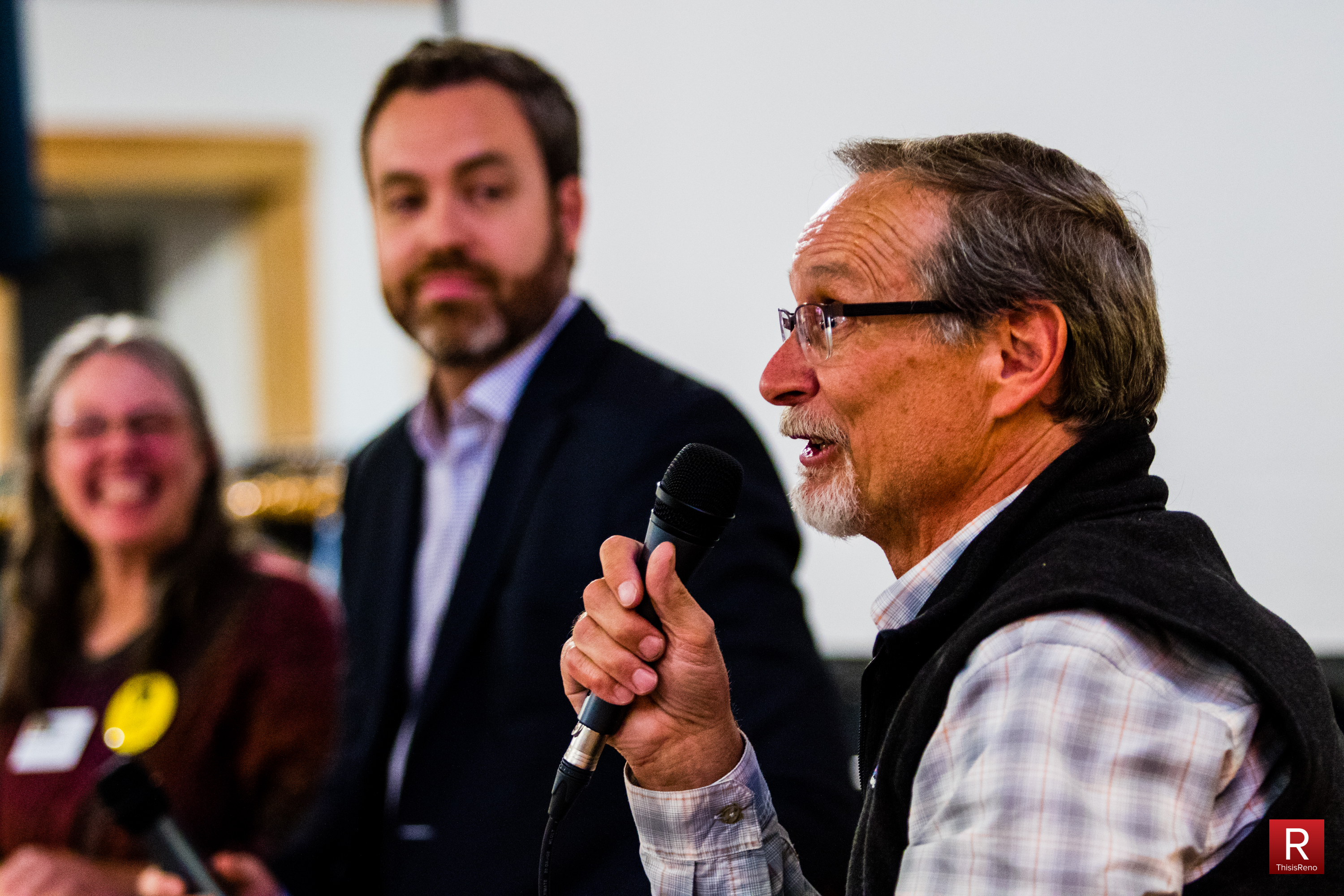 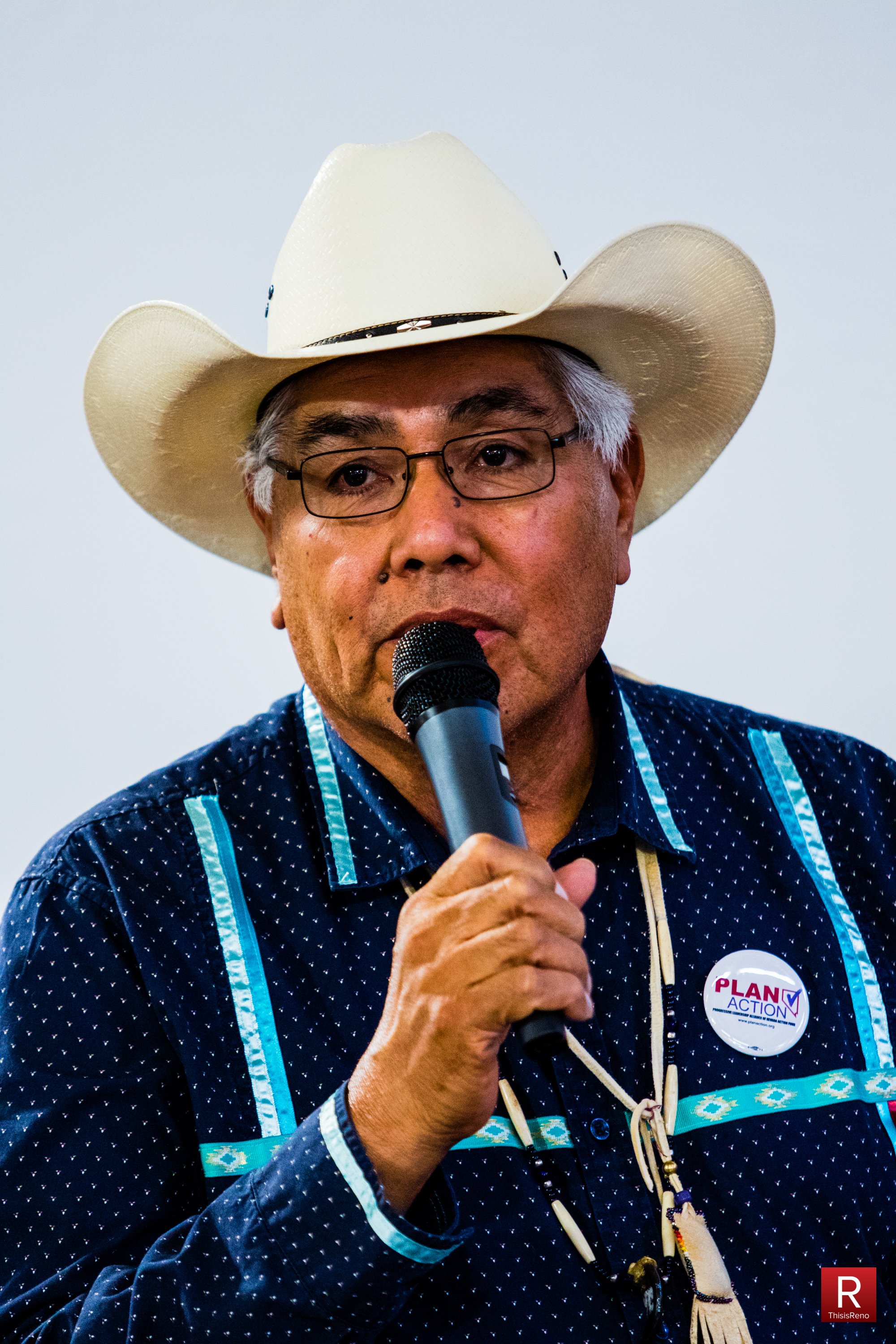 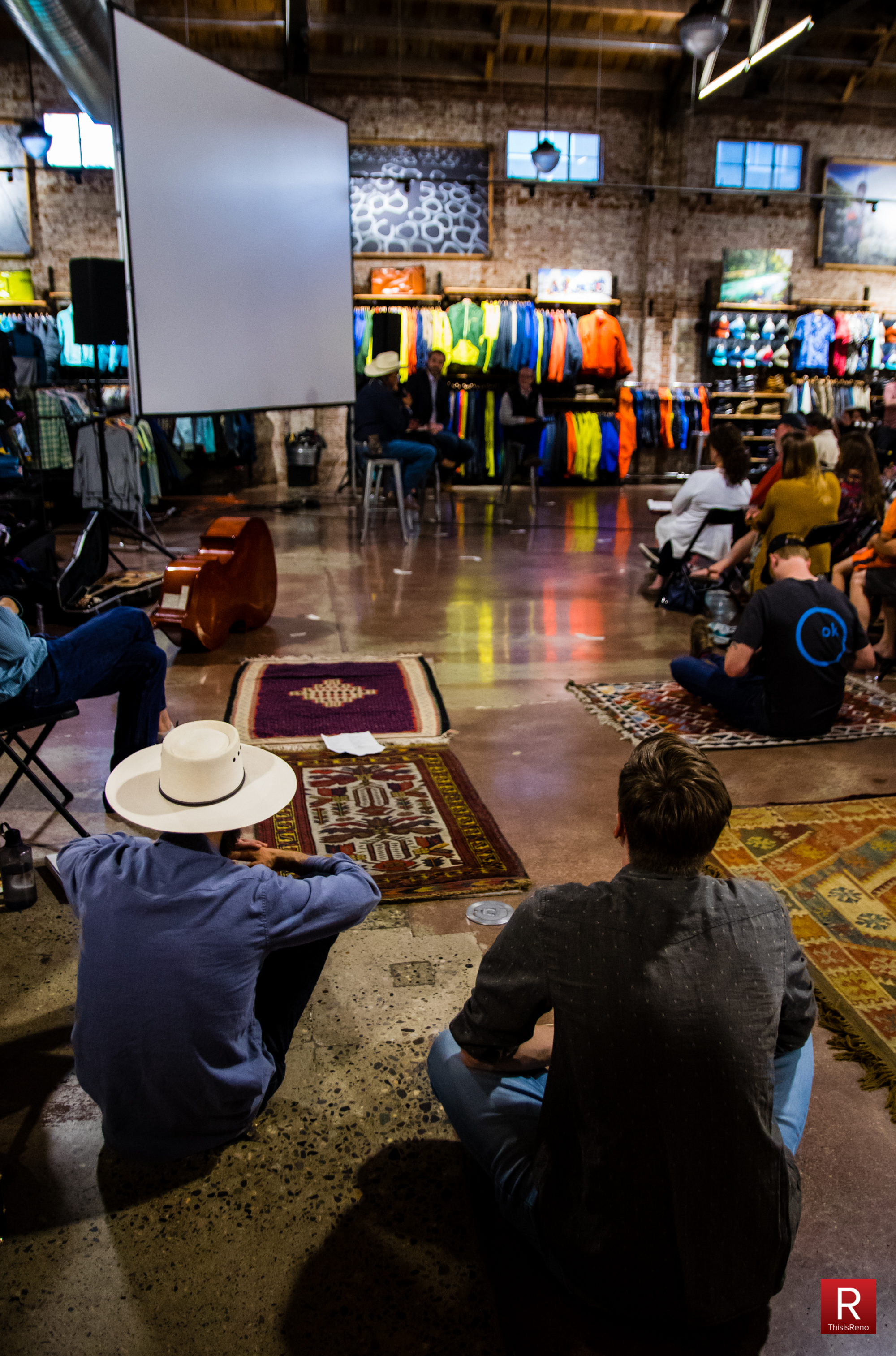 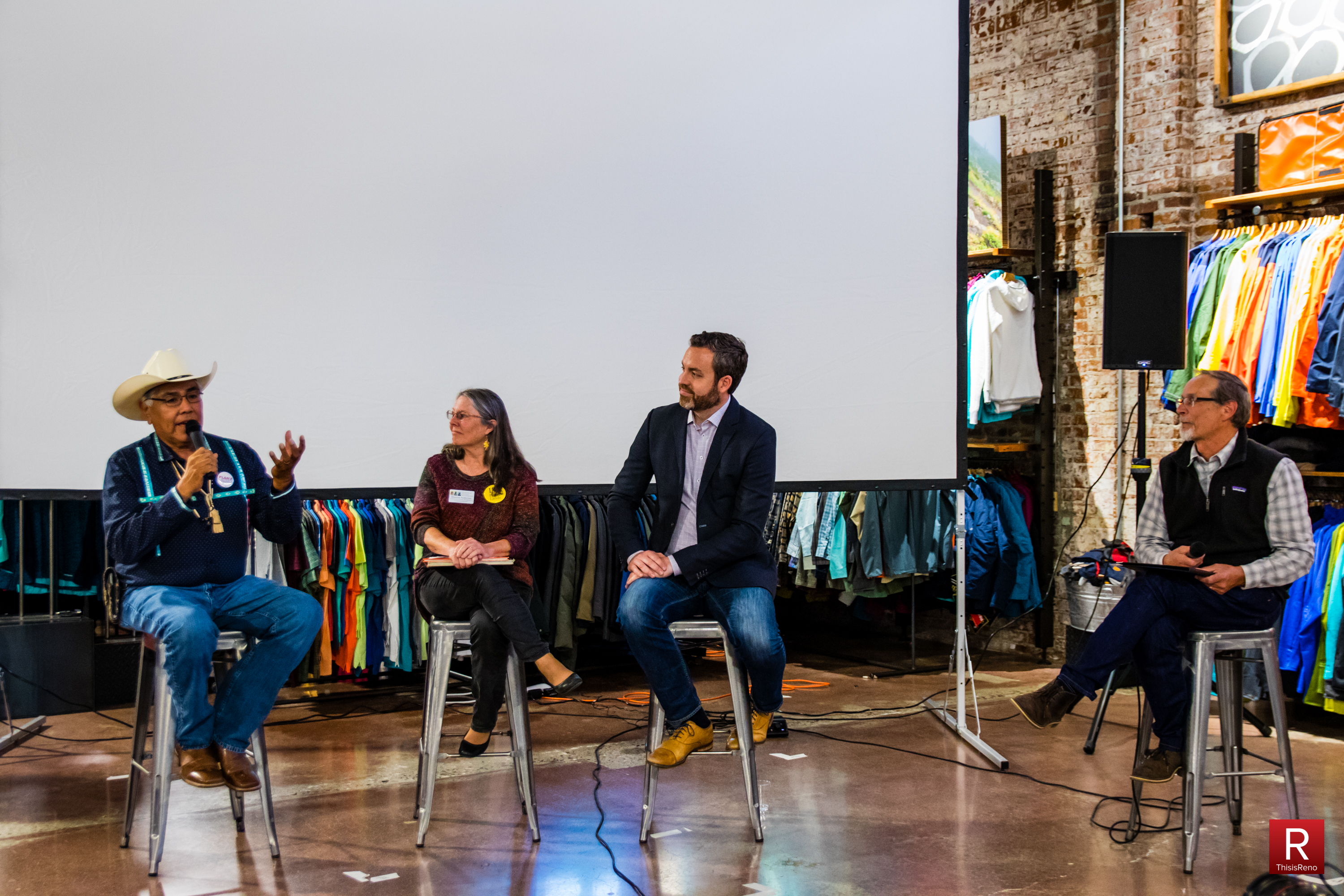 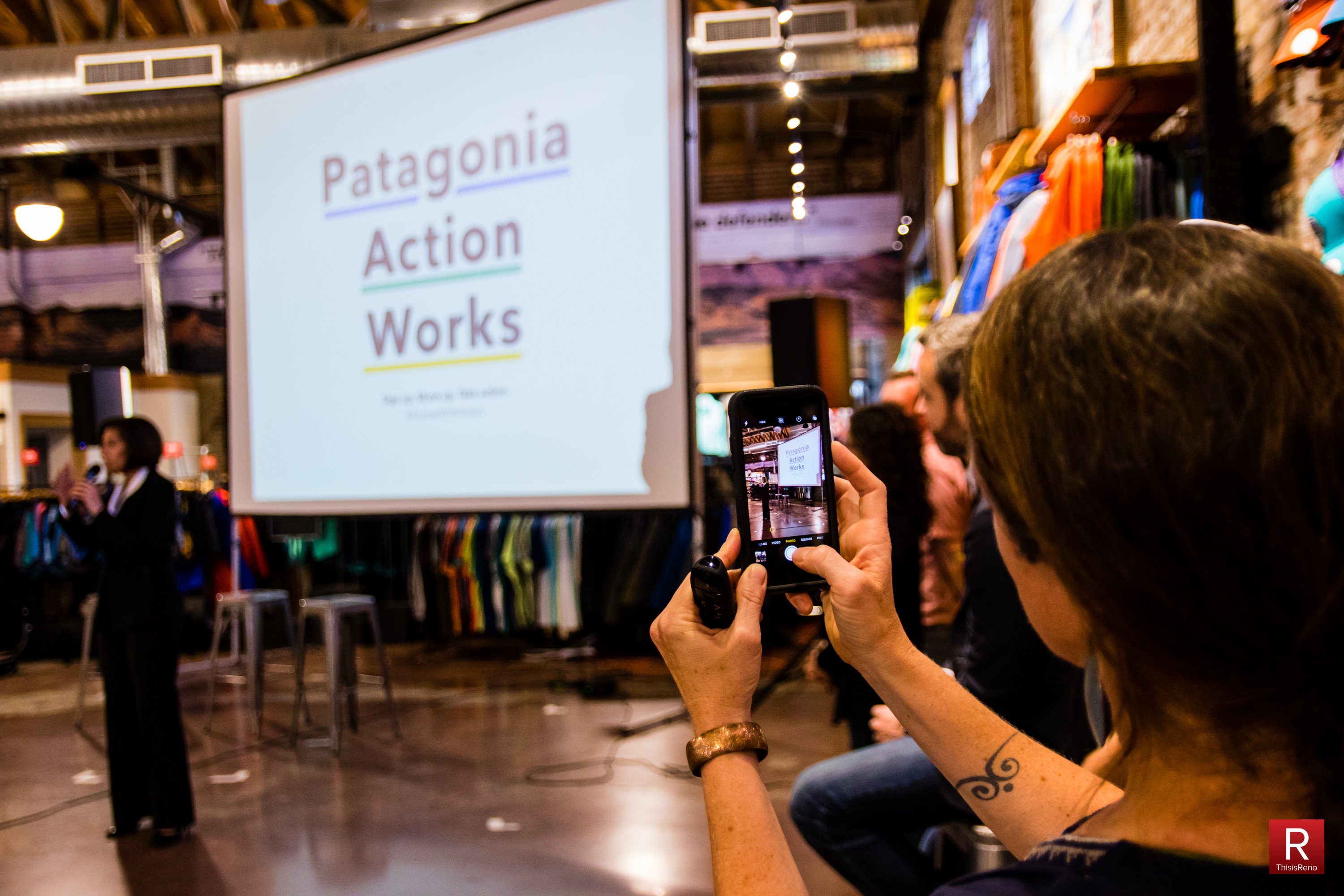 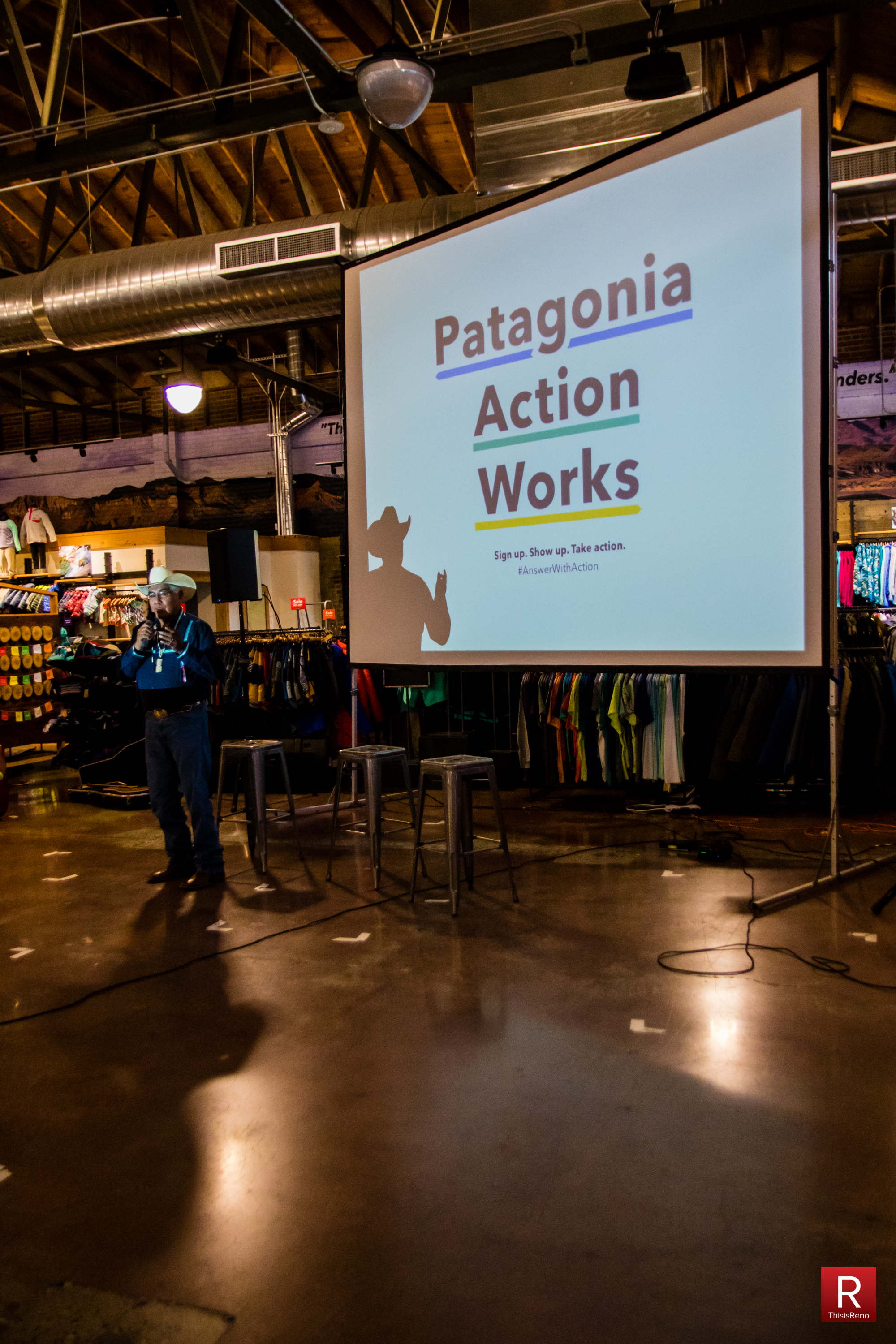 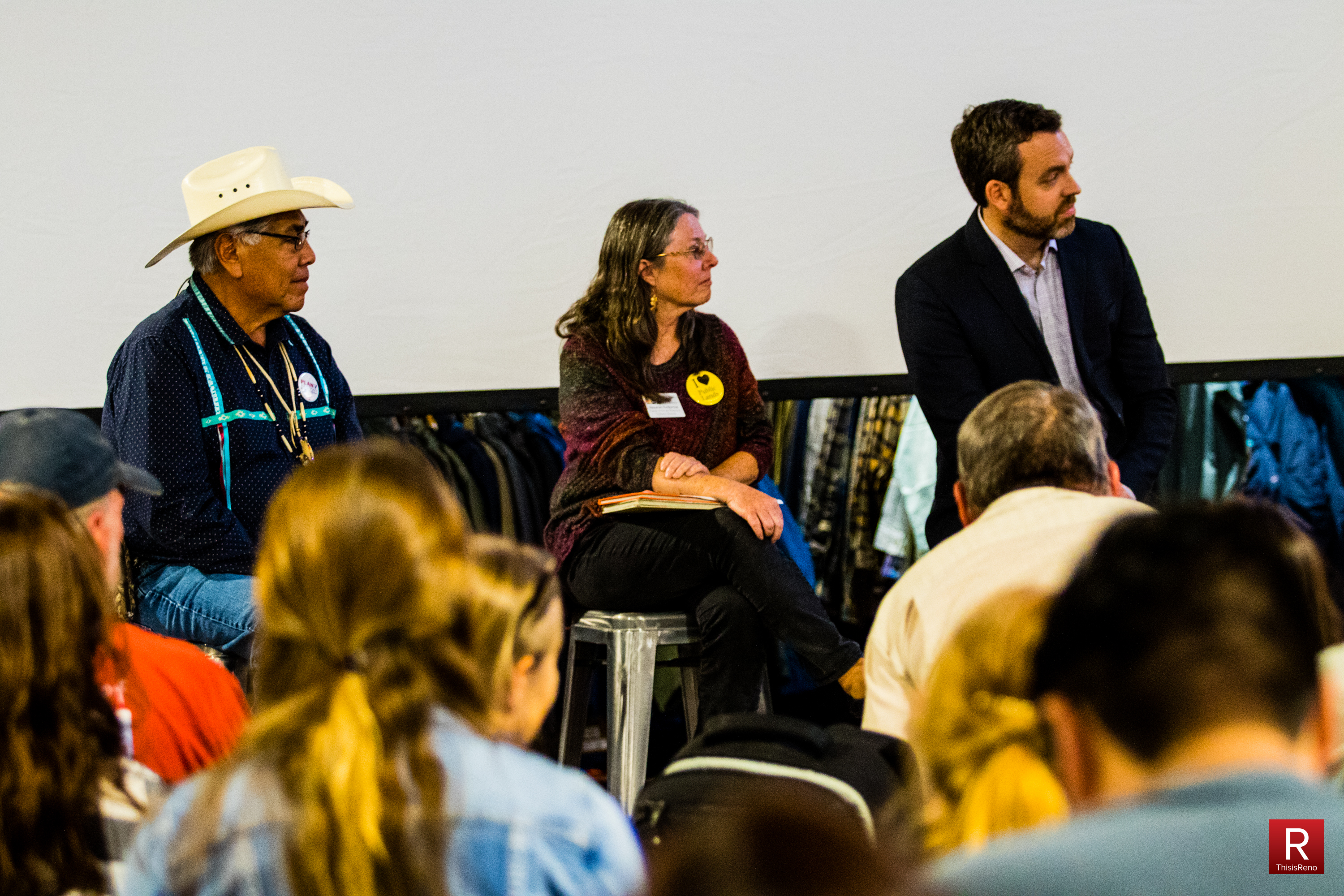 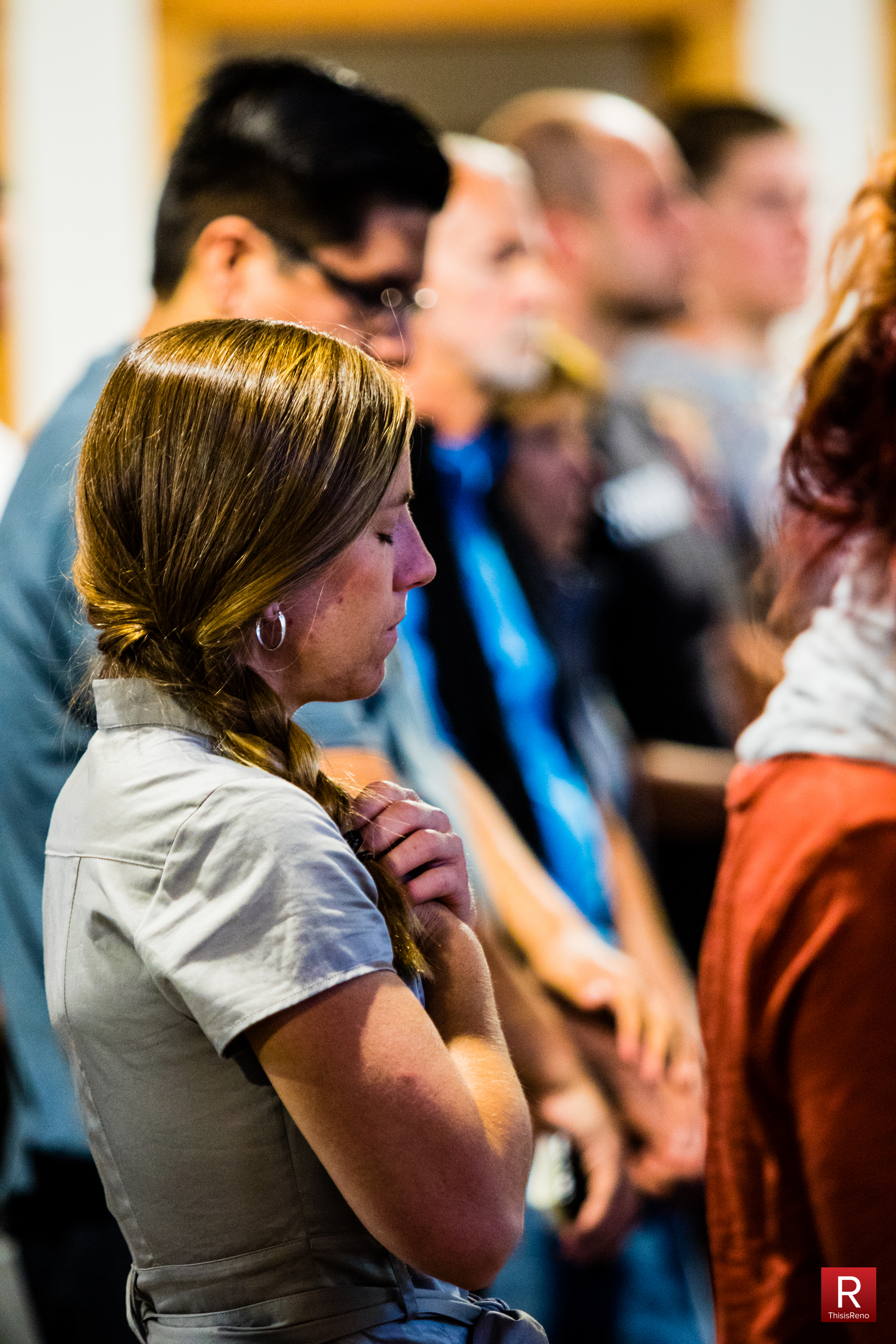 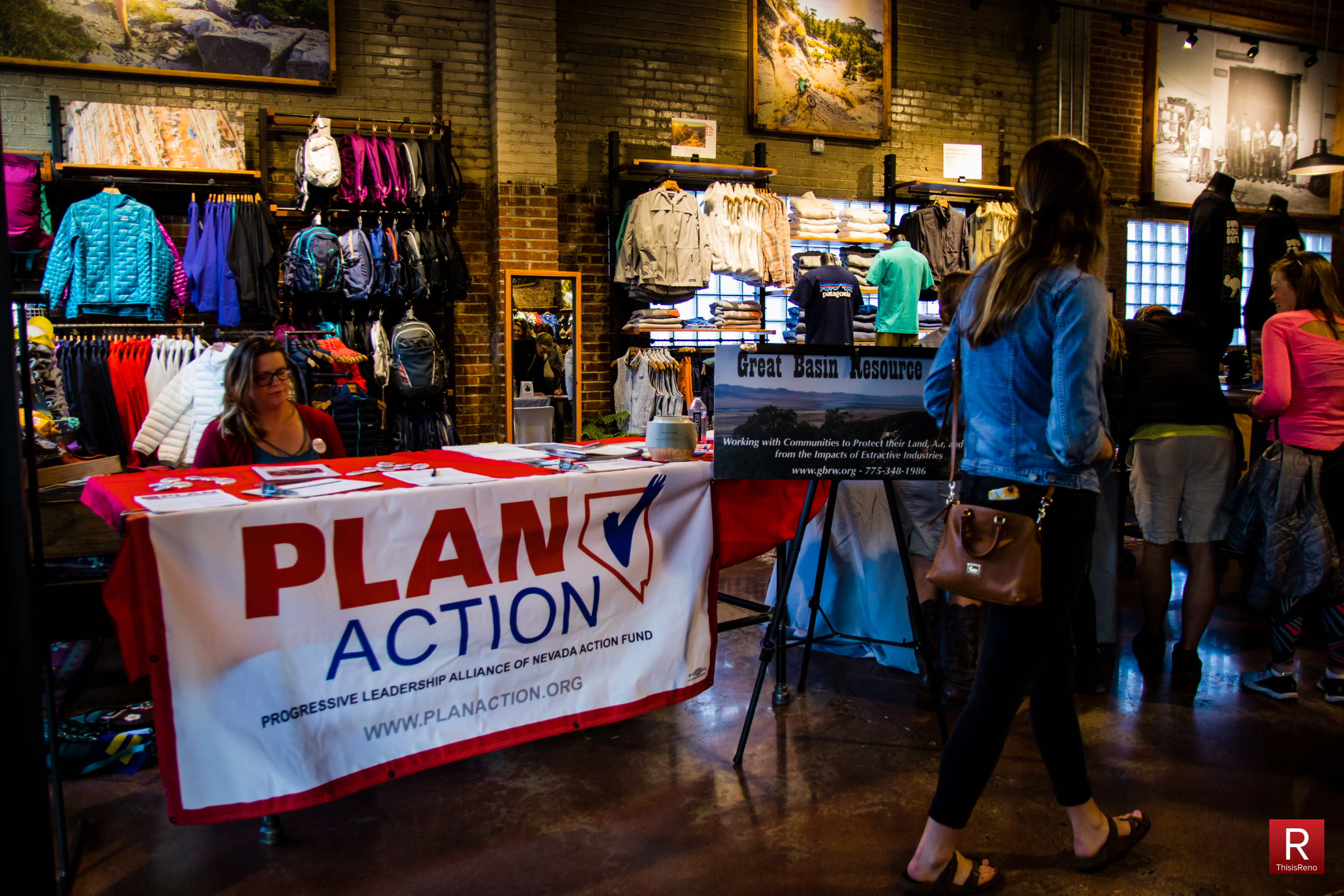 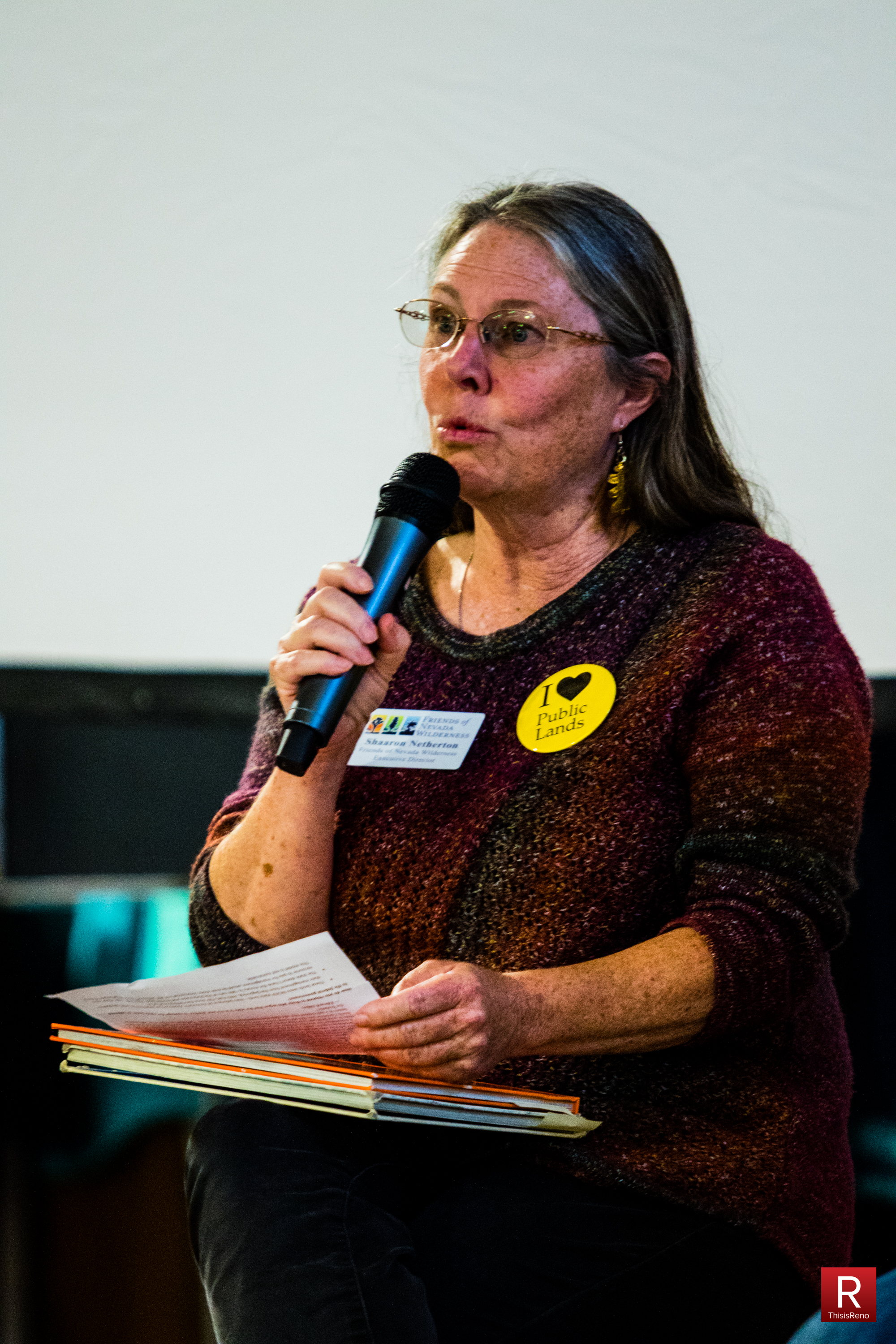 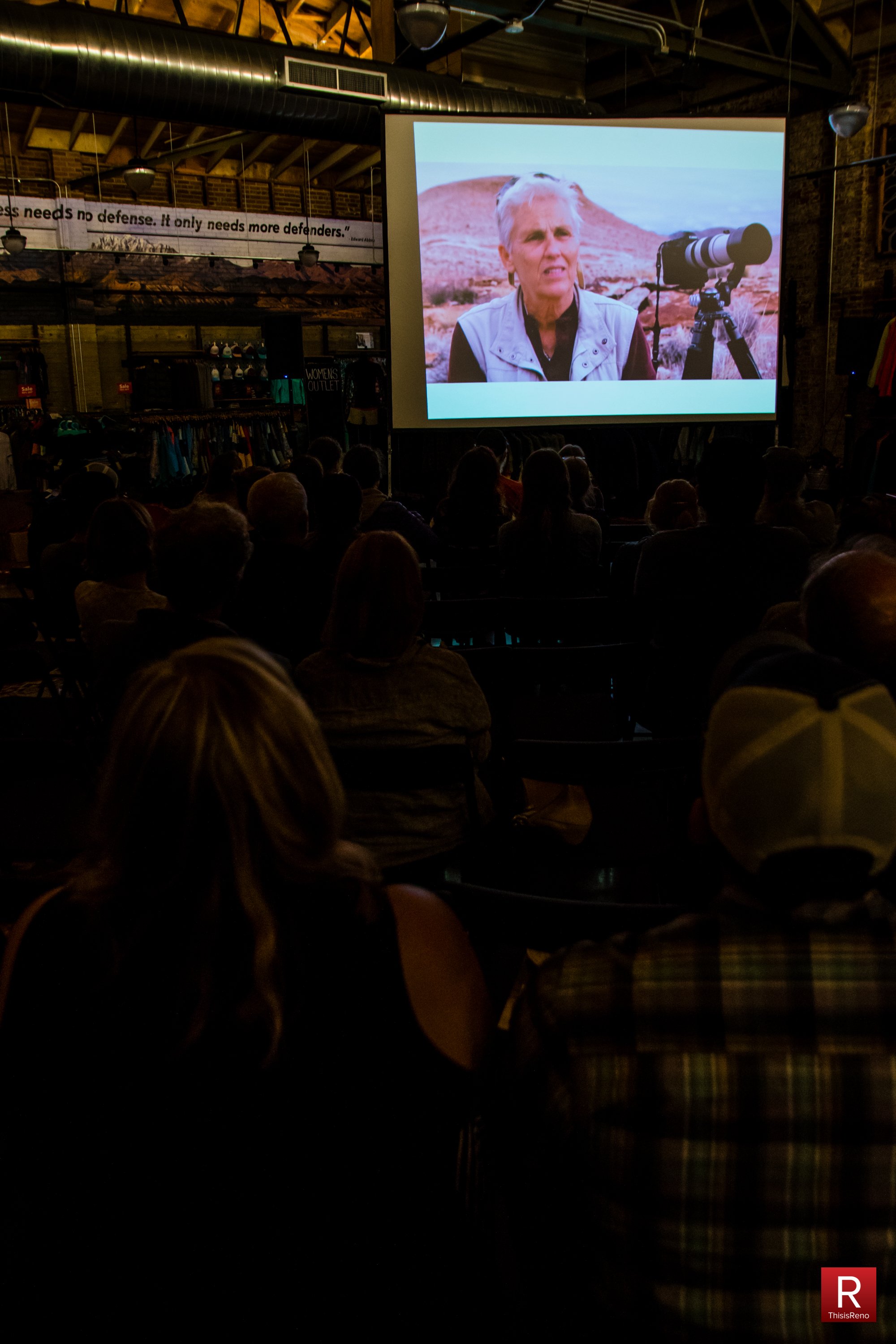 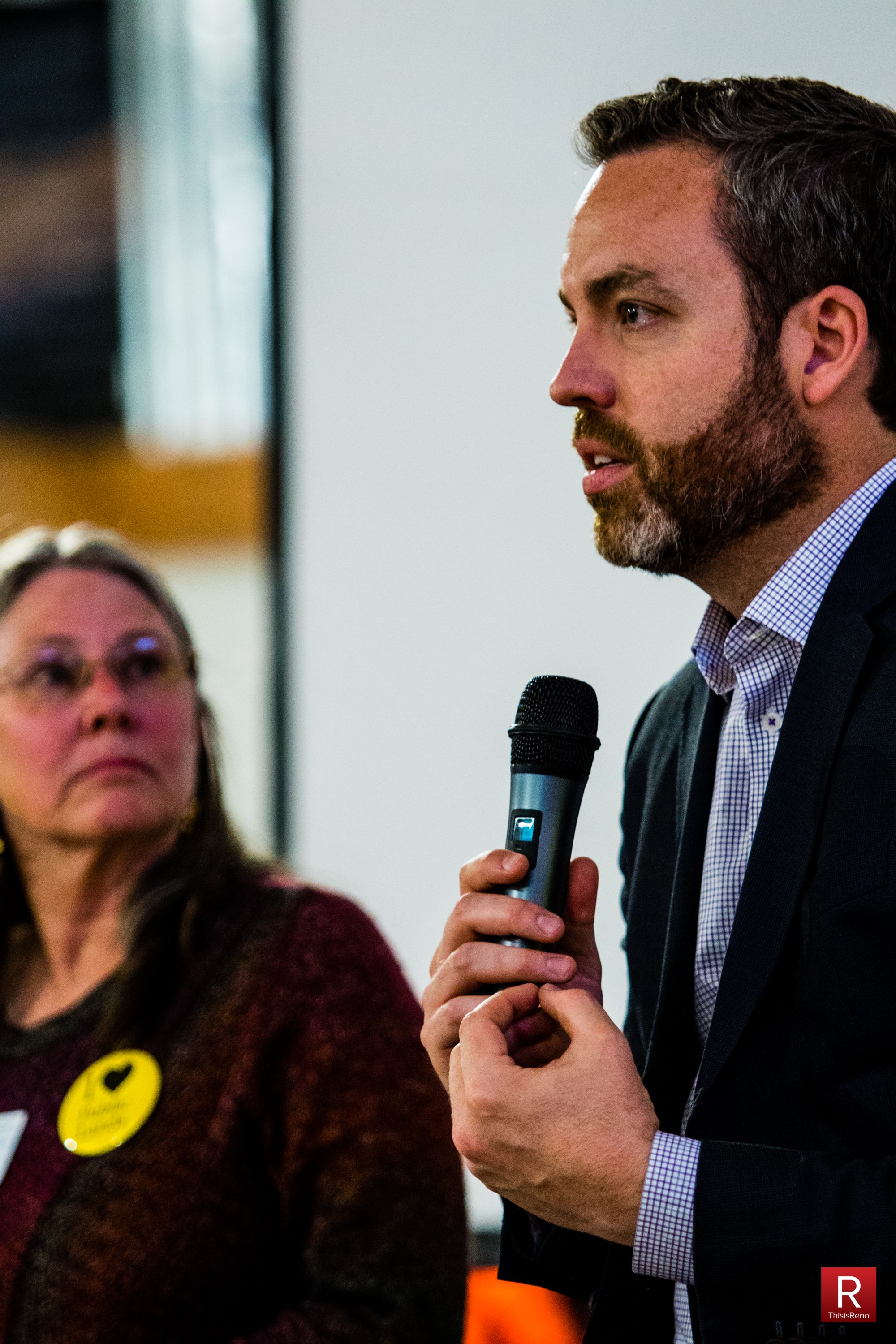 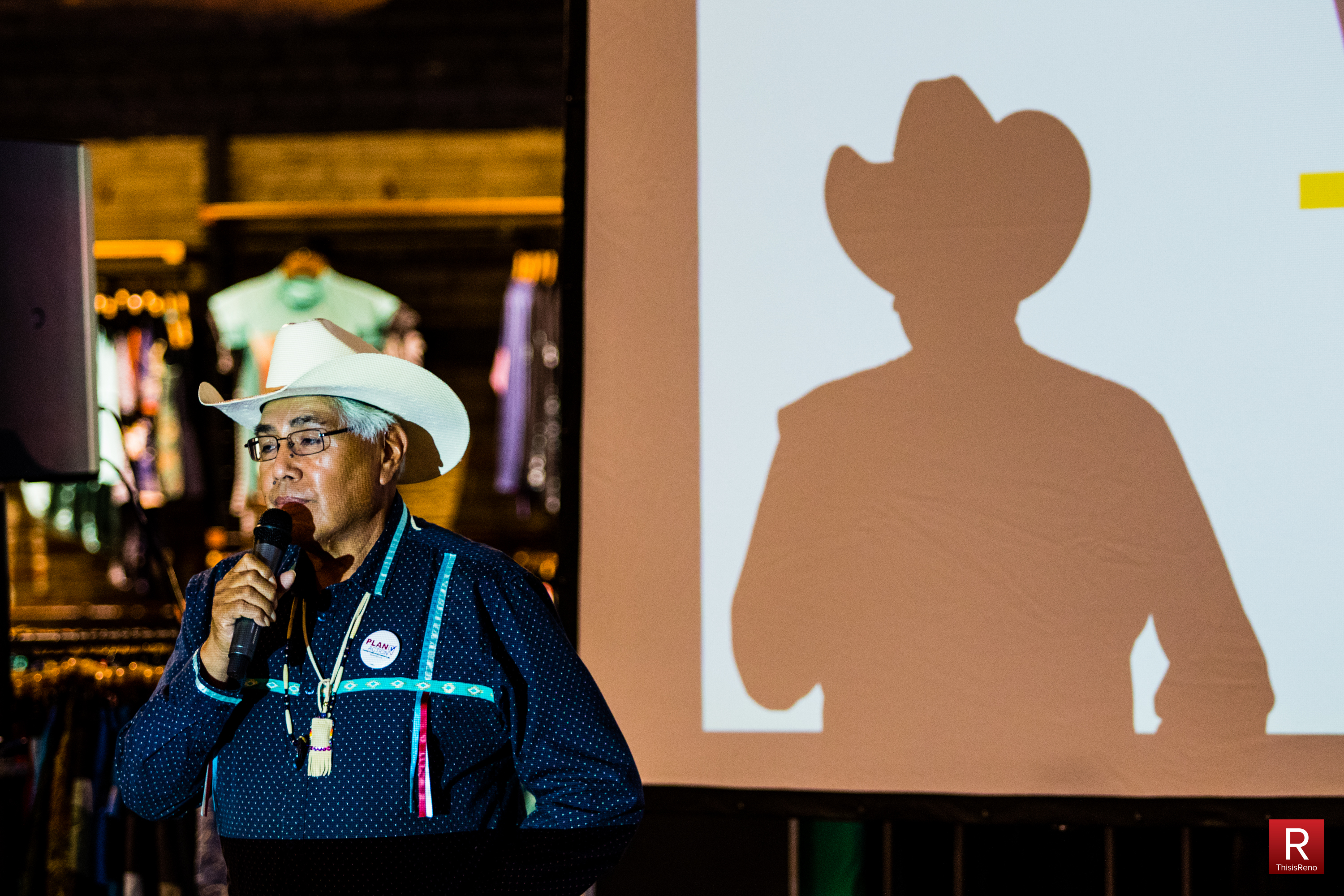 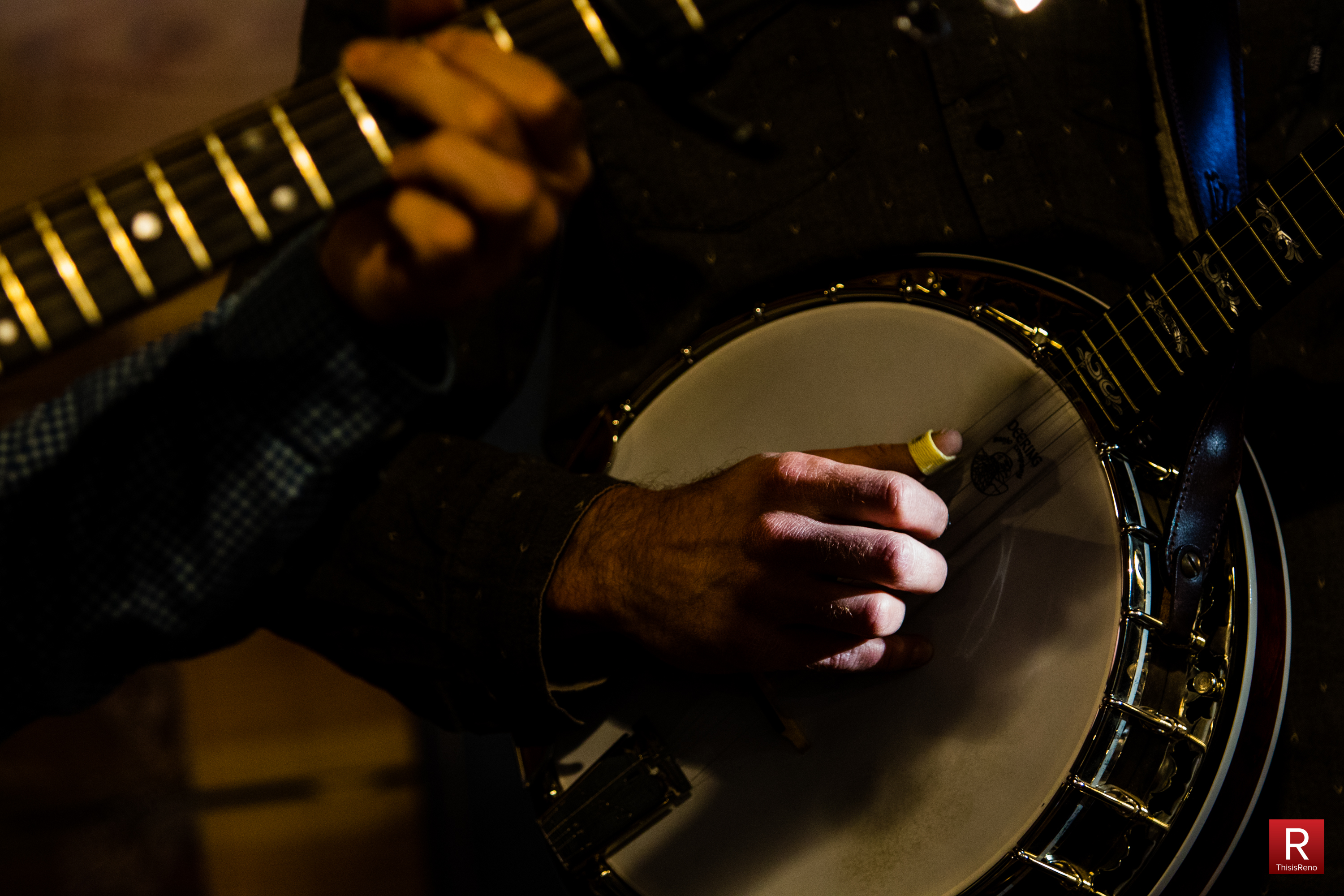 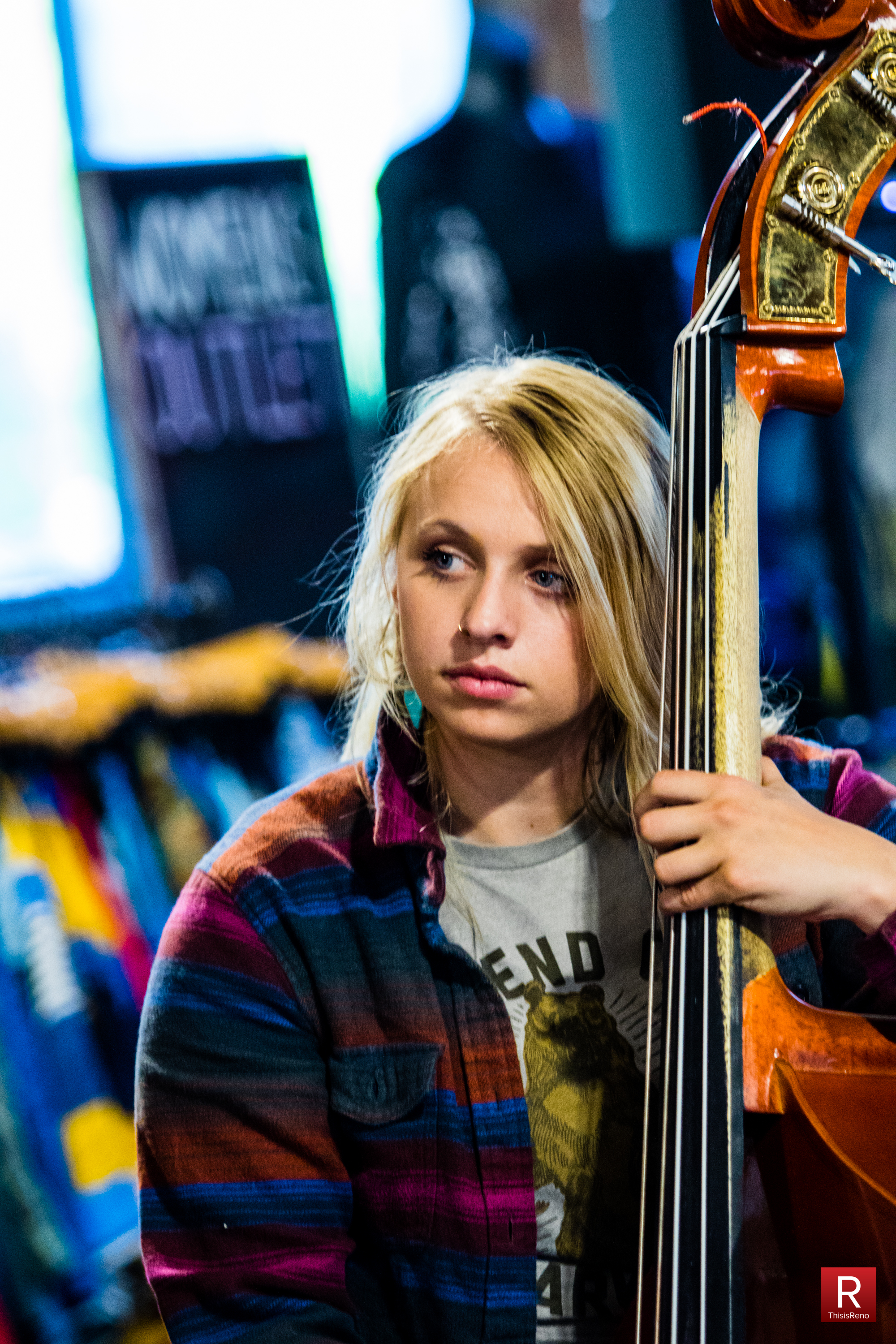 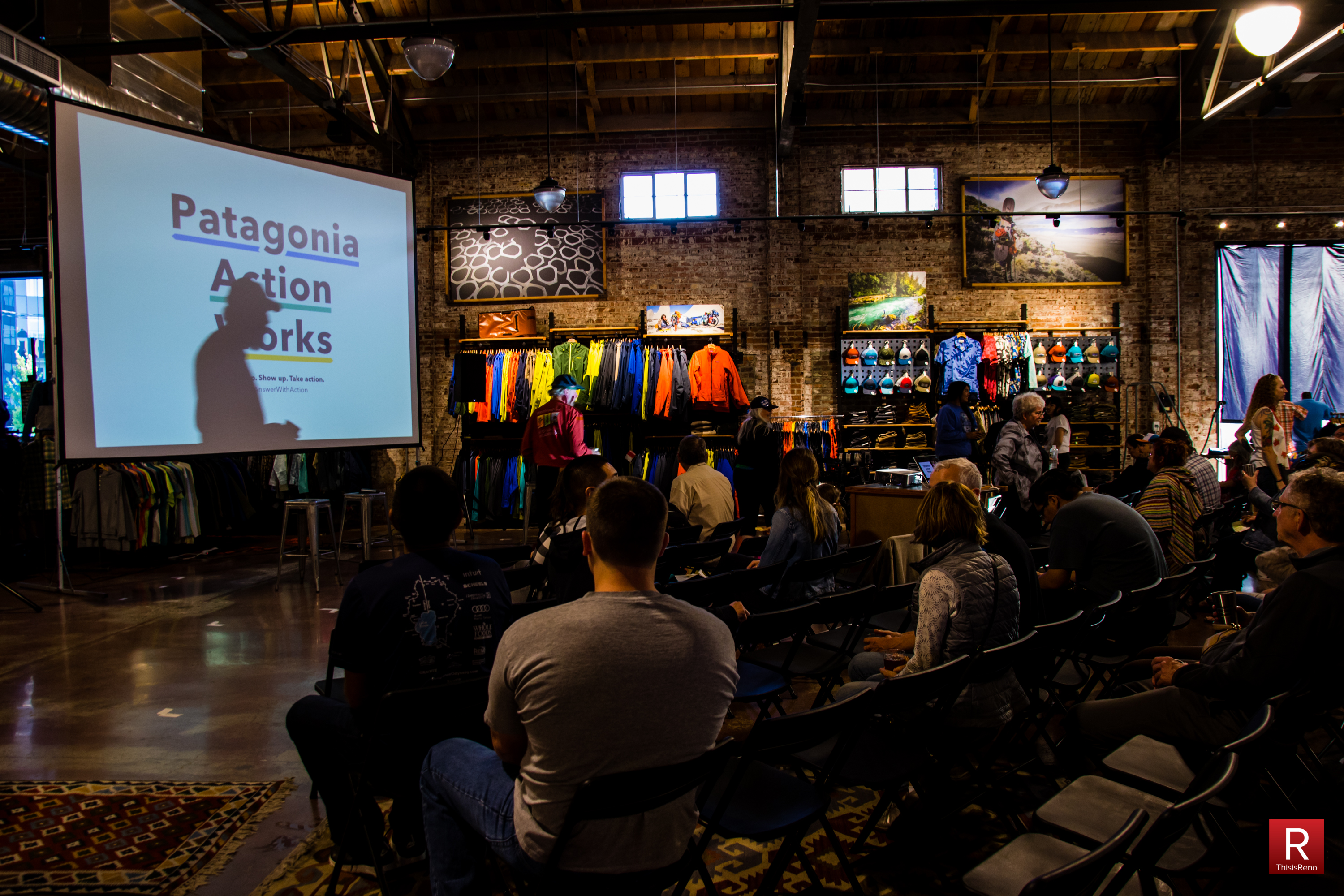 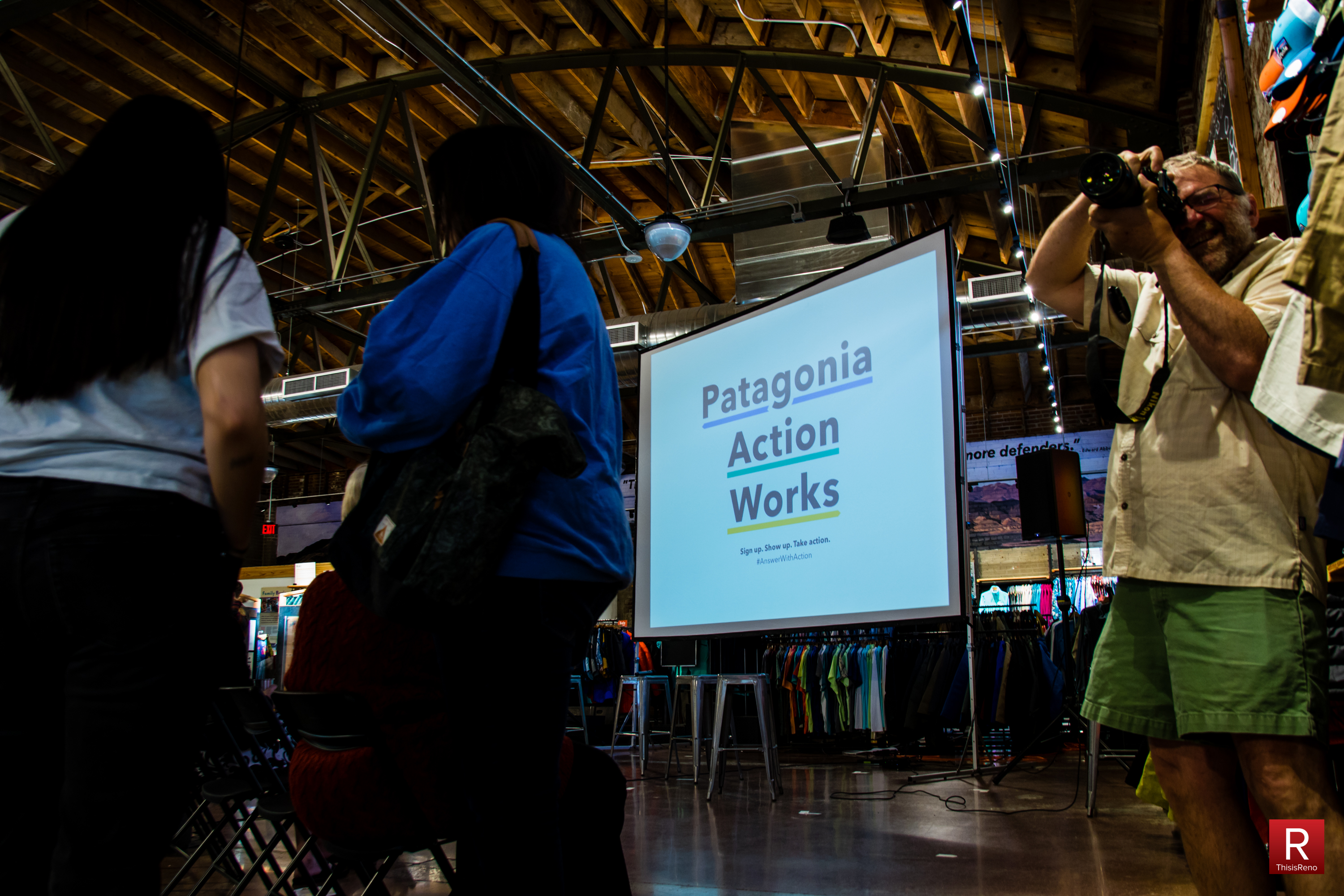 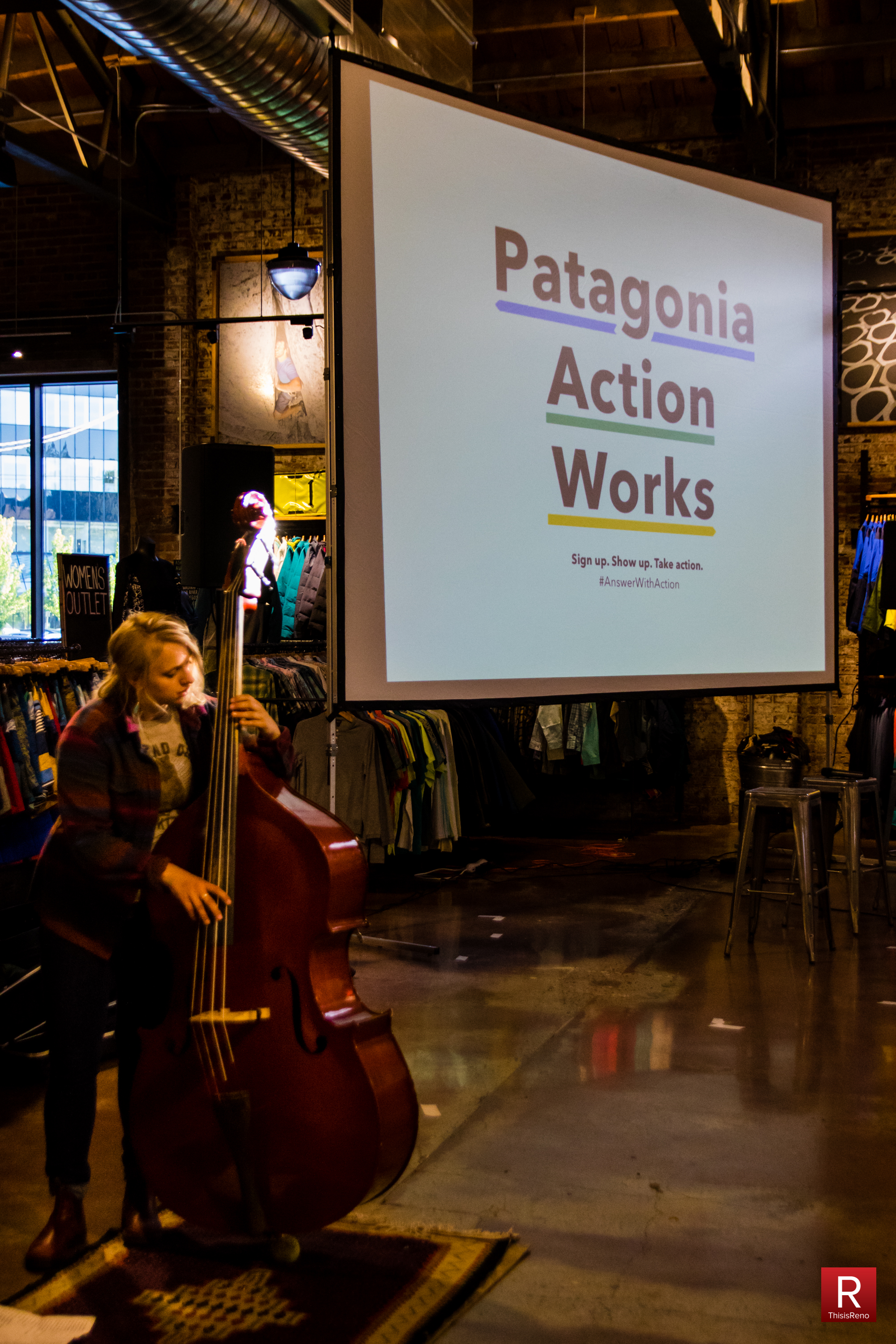 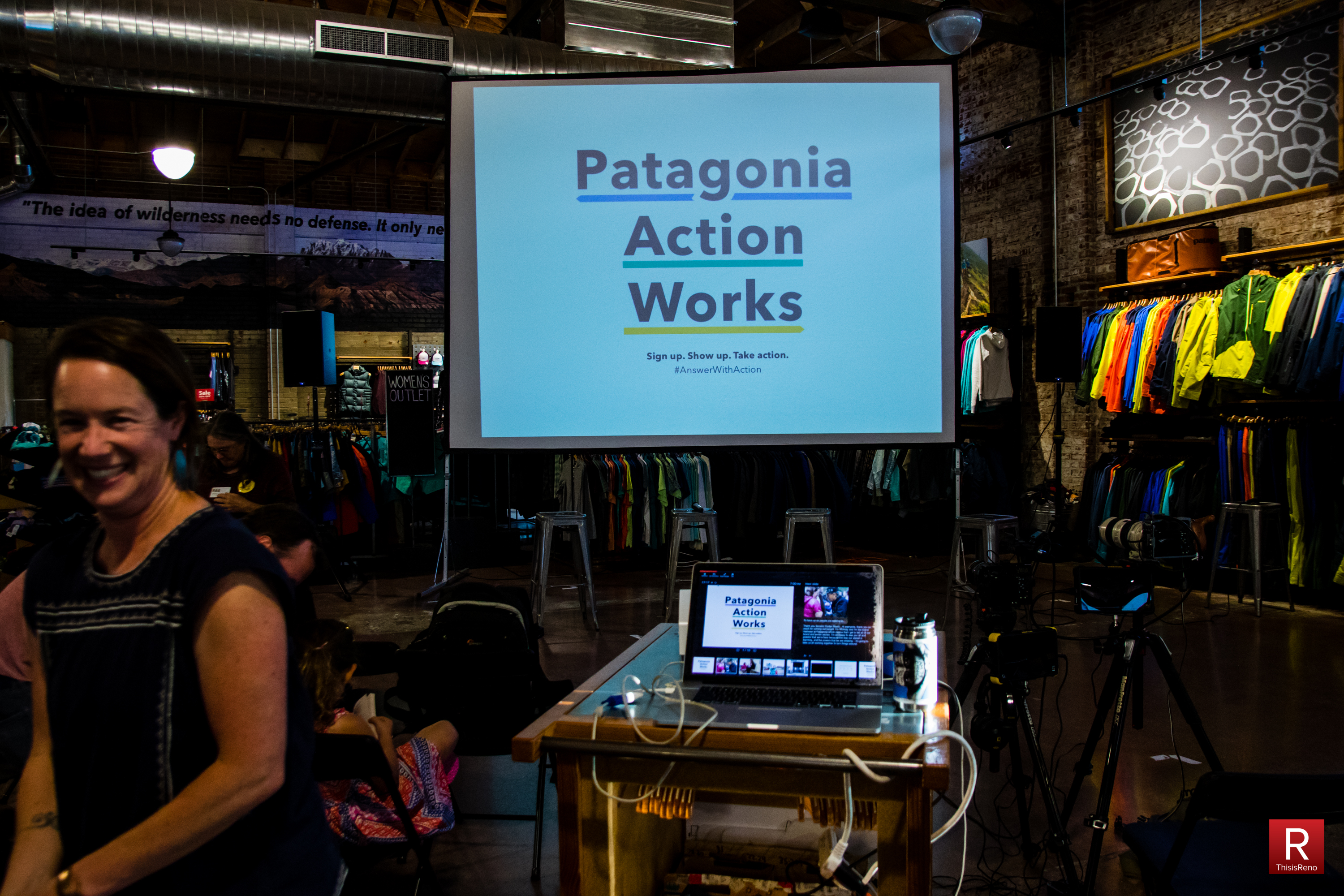 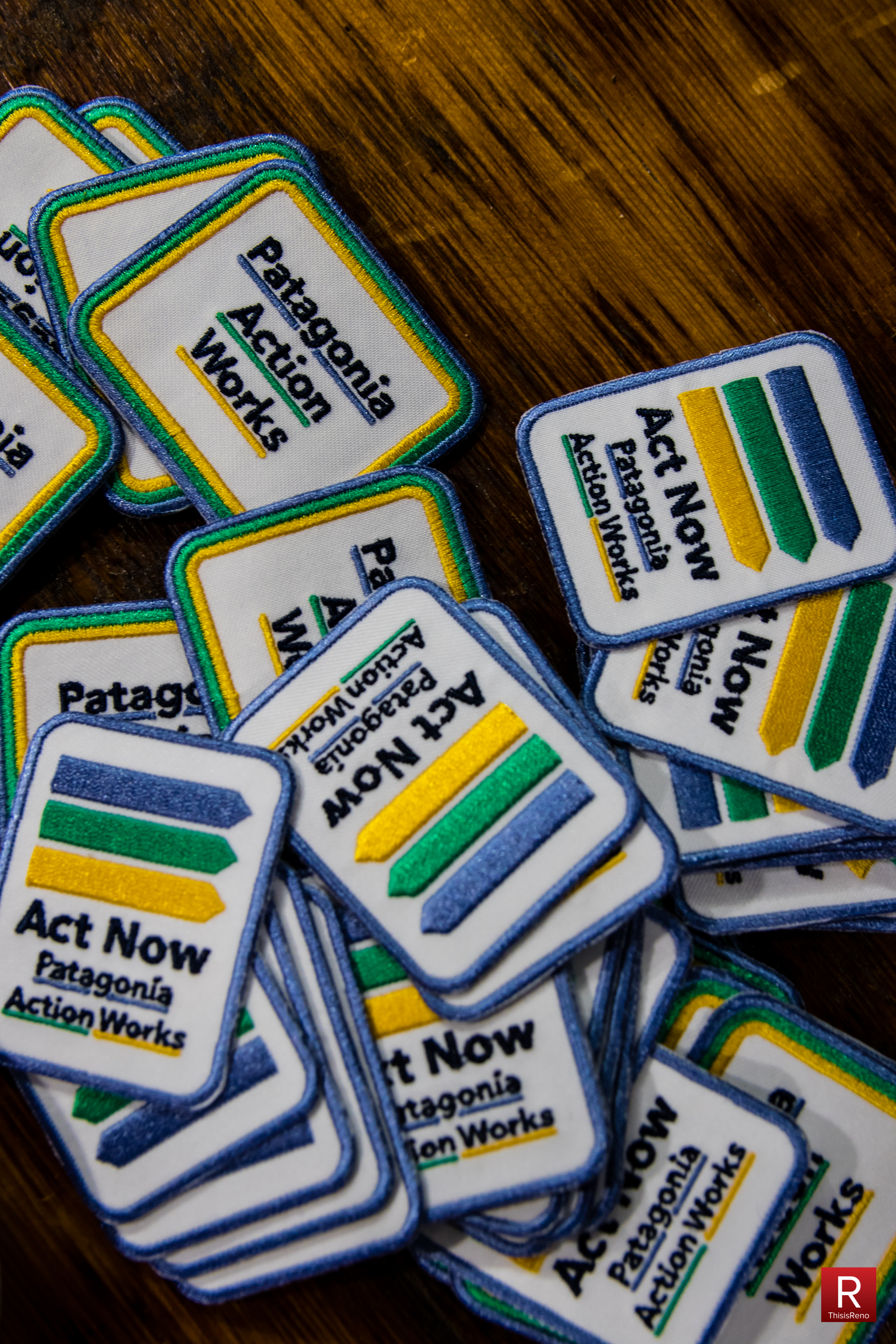 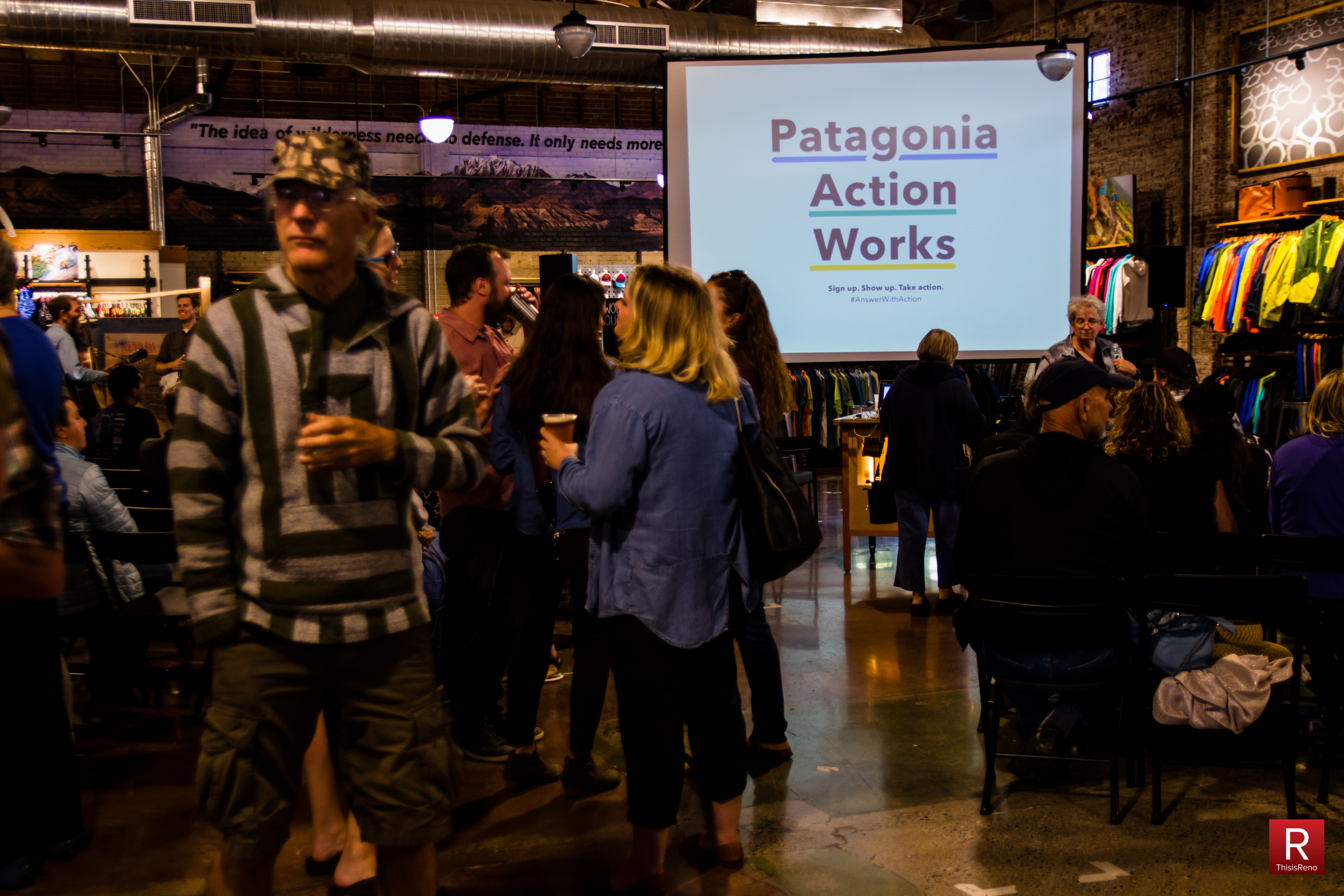