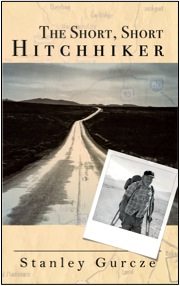 Virginia Avenue Press is proud to announce the publication of The Short, Short Hitchhiker, the first book to come from its press in 2011.

The Short, Short Hitchhiker is the autobiography of Stanley Gurcze, a man who spent a lifetime roaming the highways and byways of the western United States in search of adventure. What sets Stanley apart from your typical footloose vagabond, though, is the fact that he has no feet. What he does have is a sympathetic ear, a droll wit, a keen sense of observation, a buoyant spirit and a unique perspective on the human condition.

He uses all of this and more to tell his stories of traveling the American west and dealing with many of its inhabitants. If you’ve ever felt sorry for yourself or pitied the “less fortunate” among us, this book could make you think again.

Richard Menzies, the book’s editor, was born in Price, Utah, and has long been enamored with the American West. Over the years, he has traveled and documented it with his camera and pen. He has authored hundreds of magazine and newspaper articles and has exhibited his photography widely. His previous book is Passing Through: An Existential Journey Across America’s Outback, which also featured a piece on Gurcze.

Brothers in an unforgiving environment—Car Tag by acclaimed author H....

New novel about Reno will be launched July 21, 22