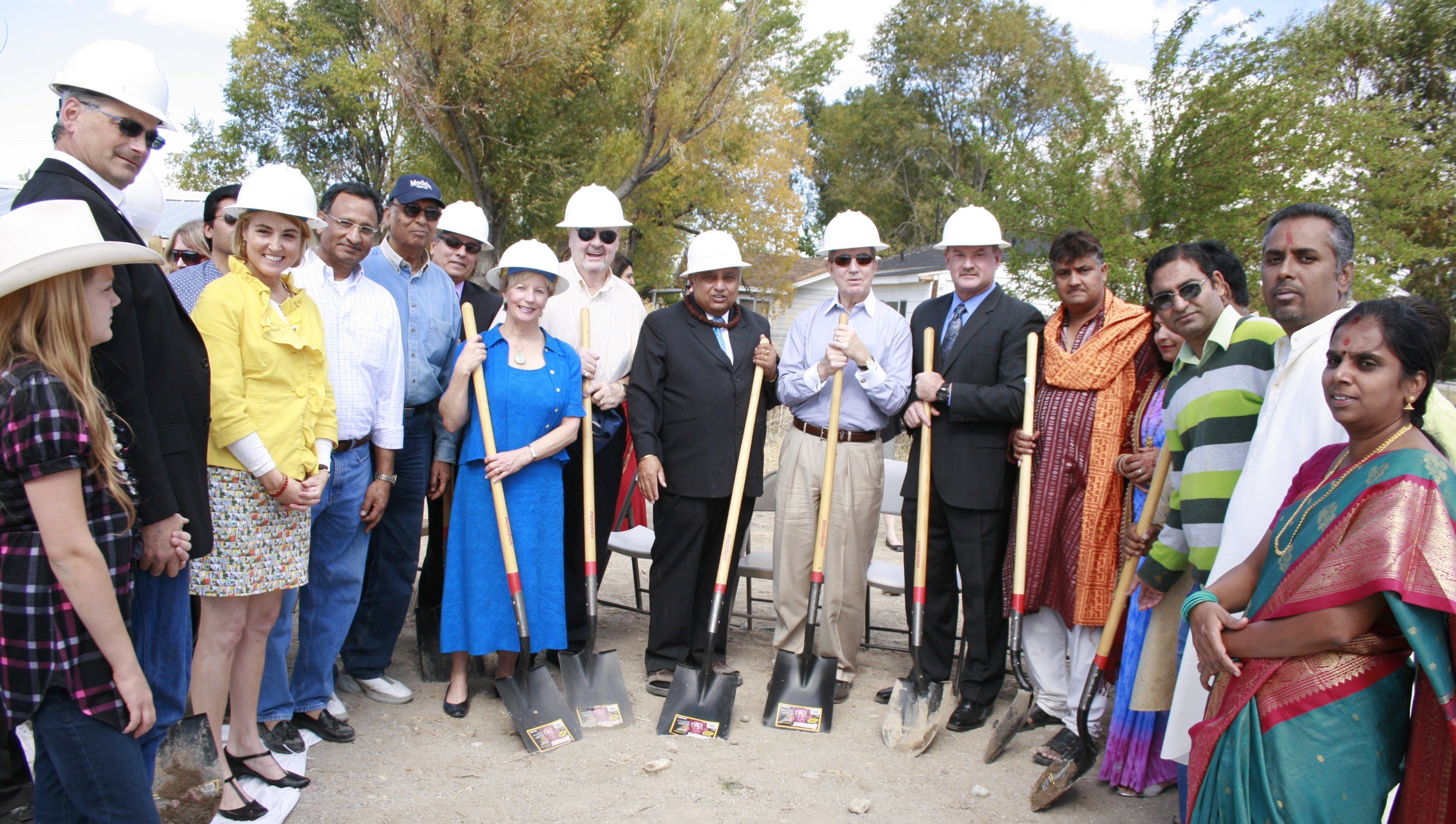 Nevada elected and other leaders along with Temple leaders at the groundbreaking of first Hindu temple in Northern Nevada in Reno. Picture by: Senthil Vasan

Northern Nevada’s first Hindu temple had its ground-breaking ceremony on October 16 in Reno amidst chanting of Sanskrit mantras from ancient Hindu scriptures.

According to Temple spokesman Rajan Zed, this about one-acre temple project has been possible after years of community efforts under the umbrella of Hindu (Sanathan Dharam) Temple of Northern Nevada Inc., a tax-exempt organization.

To be built according to traditional ancient Hindu architecture, this Temple besides a sanctuary containing decorated images of major Hindu deities, also plans to have a courtyard, garden, community hall and classroom facilities. Besides a venue of worship and prayers, it will also serve as a community center organizing various cultural, religious and educational activities, according to Rajan Zed.

President of Temple Board Virender K. Bali points out that the Temple should be ready in over a year and would cost over $600,000. He has urged the community to donate generously.

Shambhu Das, Temple Board Member, says that presence of Temple will be instrumental in passing the Hindu spiritual and cultural traditions to the next generations.

Other two Hindu temples in Nevada are in Las Vegas. There are about 600 Hindu families in northern and western Nevada. Diwali, Baisakhi, Holi, Raas Garba, Ugadhi, Onam, etc., festivals have been celebrated in the area; besides frequent Pujas/Jagrans/Hawans. Travelling kirtan bands have been visiting the area frequently. Currently the Hindu (Sanathan Dharam) Temple of Northern Nevada functions in a rented building in Reno.

People of India-descent in northern Nevada include Hindus, Sikhs, Muslims, Christians, Jains, Zoroastrians, and speak about 15 different languages (not dialects). There are many students from India in University of Nevada-Reno, mostly doing graduate degrees in engineering and sciences. Many doctors, professors, engineers and businesspeople of the area are of India-origins.