The Washoe County Sheriff’s Office Detectives Division is currently investigating a report of a Home Invasion and Kidnapping, which occurred in the early morning hours of Sunday, May 22nd at a residence on Chula Vista Court in Spanish Springs.

At approximately 4:43AM on Sunday morning, the Sheriff’s Office was dispatched to the area of Highland Ranch Parkway, near Pyramid Highway on a report of trouble unknown. A person driving in this area observed two adult males attempting to flag down vehicles. A short time later, Deputy Sheriff’s arrived on scene with the two persons.

Deputies established information about a home invasion, armed robbery, and kidnapping that took place at a residence on Chula Vista Court. Deputies learned that numerous firearms and jewelry items were taken from the residence. The two males were later transported to the area of Highland Ranch Pkwy and Pyramid Highway, where they were dropped off and the suspect fled. Sheriff’s Detectives were called out to continue the investigation.

During the investigation, Detectives were able to locate and arrest John Devencenzi for the home invasion and kidnapping on Chula Vista Court, further investigation led investigators to an address on Dyer Way in Reno. A search warrant was obtained on the Dyer Way residence. Due to the nature of the firearms taken from the Chula Vista residence, the Reno S.W.A.T. Team assisted in the execution of the search warrant. During the operation, firearms and other items were successfully recovered. At this residence, Jeramia Dupre was taken into custody and transported to the Washoe County Detention Facility, where he was booked for Ex-Felon in Possession of a Firearm and 20 counts of Possession of Stolen Property. His bail is set at $54,000.

John Devencenzi was booked into the Detention Facility on two counts of Kidnapping, three counts of Robbery with a Deadly Weapon, Home Invasion, and Grand Larceny. His bail is set at $149,170.

This in an ongoing investigation and anyone with information is urged to call the Detectives Division at 328-3320 or Secret Witness at 322-4900. Photo on top (brown shirt) is John Devencenzi and bottom photo (white shirt) is Jeramia Dupre. 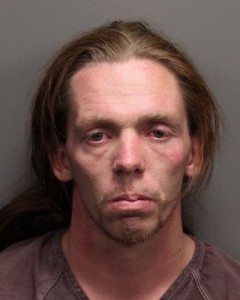 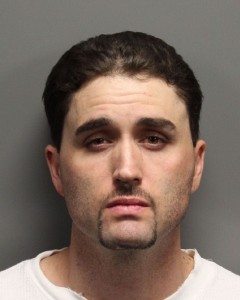