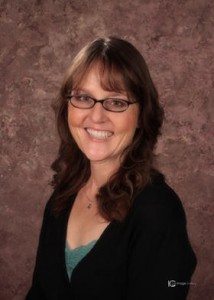 University of Nevada, Reno Honors Program and first-generation student Judie Henderson was one of 60 scholars selected to receive a $30,000 Harry S. Truman Scholarship toward graduate education strictly for a career in public service.

“We are excited to tell you that you have been selected a Truman Scholar,” Glick said.

Red lettering on the cake reiterated the news, “Congratulations Judie, UNR’s 2011 Truman Scholar.” Among 602 candidates nominated, 60 scholars were selected from 54 colleges and universities.

The anthropology major, originally from Burnet, Tex., silently stood in shock as she was notified of the $30,000 Harry S. Truman Scholarship, the first awarded to a University of Nevada student since 1985. The scholarship will help fund her graduate education, as she plans to pursue a master’s degree in public policy.

Tamara Valentine, director of the University’s Honors Program and Henderson’s Truman faculty representative, said Henderson was totally committed to the Truman Scholarship and performed well at every stage of the process. As a Truman finalist, Henderson was invited to participate in an intense regional interview and reception on the campus of Arizona State University.

“As required of a Truman Scholar, Judie is truly committed to community service,” Valentine said. “Her history of volunteerism and civic engagement has led her to advocating on issues related to disabilities and to acting as a voice for persons with disabilities.”

Henderson, mother of a 21-year-old son and 11-year-old daughter, said her life’s mission is to give a voice to those afraid to speak out against oppression.

“My life could have turned out differently based on my upbringing,” Henderson said. “Instead, I have chosen to break the cycle of abuse and addiction in my family and have now surrounded myself with amazing people. The (scholarship) criteria seemed as if it were written specifically for me based on the life I have led and the new one in which I was embarking.”

The Harry S. Truman Scholarship is a highly competitive federal scholarship granted to U.S. college juniors for demonstrated leadership potential and a commitment to public service. The $30,000 scholarship is used for graduate education. Instead of a statue, Congress created the scholarship in 1975 as a living memorial to the 33rd president of the United States.

“What made Judie an outstanding Truman candidate were her excellent academic achievements, her commitment to social activism, her leadership skills and her drive to change the world by completing an advanced degree in public policy,” Valentine said. “She will certainly make a difference in this world.”

Henderson is the chairperson for the City of Sparks Advisory Committee for the Disabled, a committee appointed by the mayor and city council. She is also a member of the National Association of Social Workers, the Undergraduate Student Social Work Association and Phi Alpha National Honor Society- Lambda Beta Chapter at Nevada. She volunteers at her daughter’s school, Coral Academy of Science; the Northern Nevada Asthma and Food Allergy Parent Education Group; the American Lung Association; and two local Soroptimist International clubs.

After her graduation next May, Henderson plans to attend the Summer Institute in Washington, D.C. provided by the Truman Foundation and would like to intern at the Department of Health and Human Services. She plans to earn a master’s degree in public policy, specializing in health care policy, and then pursue a doctorate in public policy.

“In the past, I had many certificates in the field of emergency medicine and fire science, but had never attended a university,” Henderson said. “I will be the first person in my family to receive a college degree.”

The 2011 Truman Scholars will receive their awards on May 22 in a special ceremony at the Truman Library in Independence, Mo. For a listing of the 2011 Scholars and more information, go to www.truman.gov.