RENO, Nev.—The Reno Tahoe Winter Games Coalition (RTWGC) and the Junior Ski Program at Sky Tavern are teaming up to hold a benefit screening of the movie “Ski Crazy.” The event will be held at the Century Theater at The Summit Shopping and Lifestyle Center at 11 a.m. Sunday, Dec. 5. In addition to the screening of “Ski Crazy,” families will have 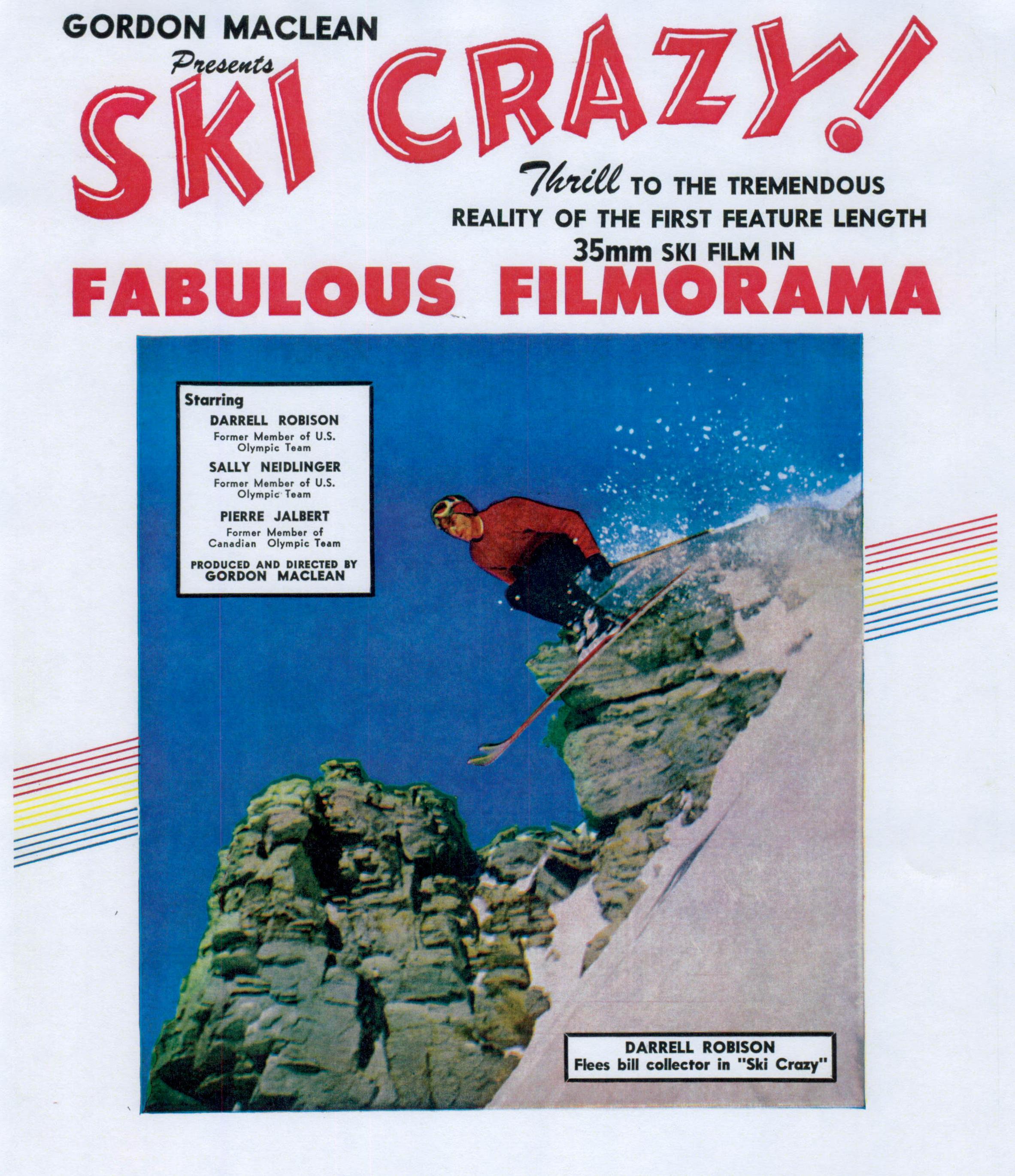 the opportunity to register children for the rapidly approaching season of the Junior Ski Program at Sky Tavern.

Tahoe Olympian Tamara McKinney will be on hand to greet movie-goers and will visit with fans at a reception after the movie at the Firkin and Wolf Pub and Restaurant. Tamera is a three-time Olympic alpine skier and the 1984 women’s overall World Cup champion. Each movie ticket will include a 2-for-1 entree coupon at Firkin and Wolf.

The movie, filmed in 1955, was the first major Hollywood feature devoted to the sport of skiing. The hilarious comedy showcases Olympians and some of the scenes were filmed at Sky Tavern and the Tahoe Basin. It was produced and directed by Reno resident Gordon MacLean. This will be the first exclusive showing of the film in 40 years.

The event is a fundraiser to benefit the Junior Ski Program at Sky Tavern and the RTWGC. Tickets are $12 for adults and $8 for children 12 and under. Tickets are available online at www.skytavern.com or by phone at 775-622-3345.

“This is going to be a great event for families,” Jon Killoran, CEO for the RTWGC, said. “It’s a fun movie and will benefit two great causes. The RTWGC is dedicated to having the Reno-Tahoe area selected as the next North American region to host an Olympic winter games. We are partnering with groups such as the Junior Ski Program and building relationships throughout the region. By developing associations and focusing on our resources, we will be in a good position to bid on a winter games when and if the United States Olympic Committee asks for one.”

For more information about this event or the Coalition’s activities, contact the RTWGC at 775-622-3345.

Forever14 puts out call for teams, volunteers and sponsors (sponsored)

The return of the drive-in