University of Nevada, Reno research facility powered by the sun 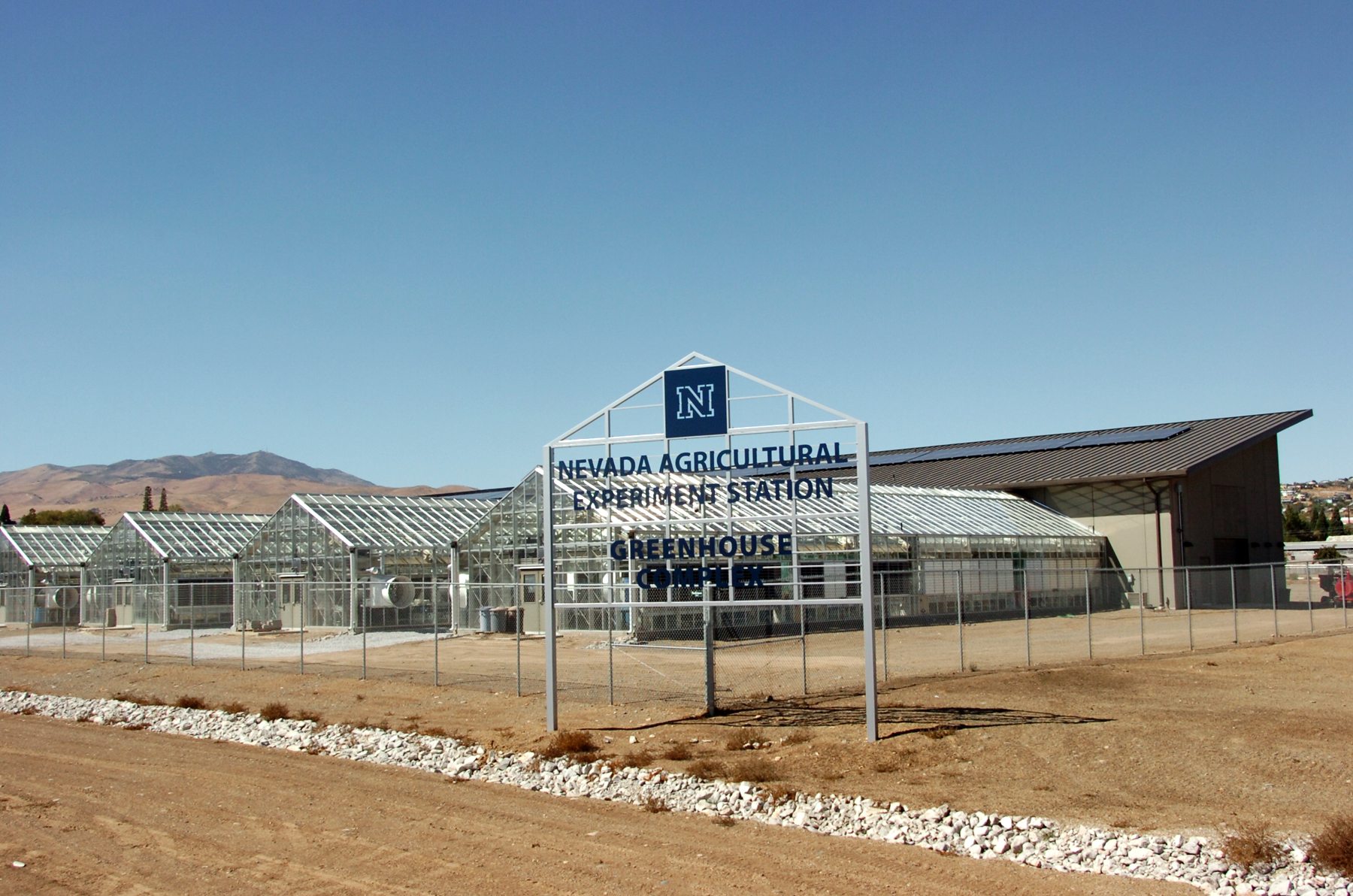 There are no bells or whistles, no flashing lights – just a very long row of photo-voltaic panels on the rooftop silently powering renewable energy research and experiments. The University of Nevada, Reno’s Agricultural Experiment Station greenhouse facility on Valley Road is now getting a portion of its electrical power from the sun.

The 171 solar panels cover 3,000 square feet on the roof of the field lab’s greenhouse complex. On Sept. 1, the solar PV system began generating 30kw of power and should generate about 60,000 kWh of energy per year, or enough to power seven single-family homes.

“We are moving toward a more sustainable campus and putting this array up in such a visible place and getting the message out about having done this, we are showing both the campus community and the broader community what our values really are,” John Sagebiel, environmental affairs manager for the University, said. “Actions speak loudly and, in this case, the silence of this system quietly generating energy to power, the University is golden.”

“The greenhouses were built with such a system in mind and the structure was designed and built to support the additional loads, hence this was a very logical place to put such an array,” Sagebiel said. “The new electrical connections that were put in for the system were upgraded to an even larger capacity than required for this array so that if funds are available in the future, we can expand. There’s still room on the roof for more.”

The project is part of a $951,000 sustainability grant from the U.S. Department of Energy, obtained through the efforts of Michael Collopy, executive director for the University’s Academy for the Environment, and Sagebiel, who are co-principal investigators on the grant. Mike Bennett, assistant director of the facilities department, was project manager and oversaw the design and construction of the project. They worked with NV Energy to utilize their solar rebate program, the same program that is available to individual household power consumers, to make this project possible.

“As part of the Sustainability Initiative, this project is a visible example of how the campus and the community can embrace sustainable means of consuming power,” Collopy said. “With the DOE grant and NV energy rebate, there was no direct cost for the University and it will save us an estimated $6,300 a year in energy costs.”

Ron Pardini, dean of the College of Agriculture, Biotechnology and Natural Resources and director of the Agricultural Experiment Station, said it’s fitting to have this building powered by renewable energy as many of the projects in the research facility are for renewable energy.

Some of the projects include: algae-to-biofuel research, research into different types of biomaterials crops, such as sagebrush and rabbitbrush, and a biotechnology research project looking at growing, for use as a rotation crop in northern Nevada, strains of camelina sativa as an oil-seed crop, similar to canola, for conversion to biodiesel.

The solar power monitoring system for the Nevada Agricultural Experiment Station on Valley Road may be viewed at: http://live.deckmonitoring.com/?id=unr_valley_road_greenhouse.  For a fact sheet about the installation go to http://newsroom.unr.edu/wp-content/uploads/2010/10/Greenhouse-Solar-System-Fact-Sheet.pdf.