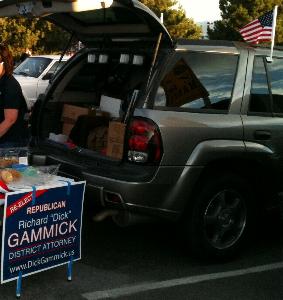 A complaint was filed Friday with the Nevada State Ethics Commission by the Roger Whomes campaign charging misuse of the district attorney’s office for campaign-related activities.

This entire scenario is a clear misuse of public funds and a violation of public trust. The Whomes campaign received this information from several people and was able to compile the evidence and file the complaint.

Whomes, on behalf of the citizens of Washoe County, hopes to see a quick resolution to these violations and expects future activity on the part of the District Attorney Richard Gammick to strictly adhere to campaign ethics.