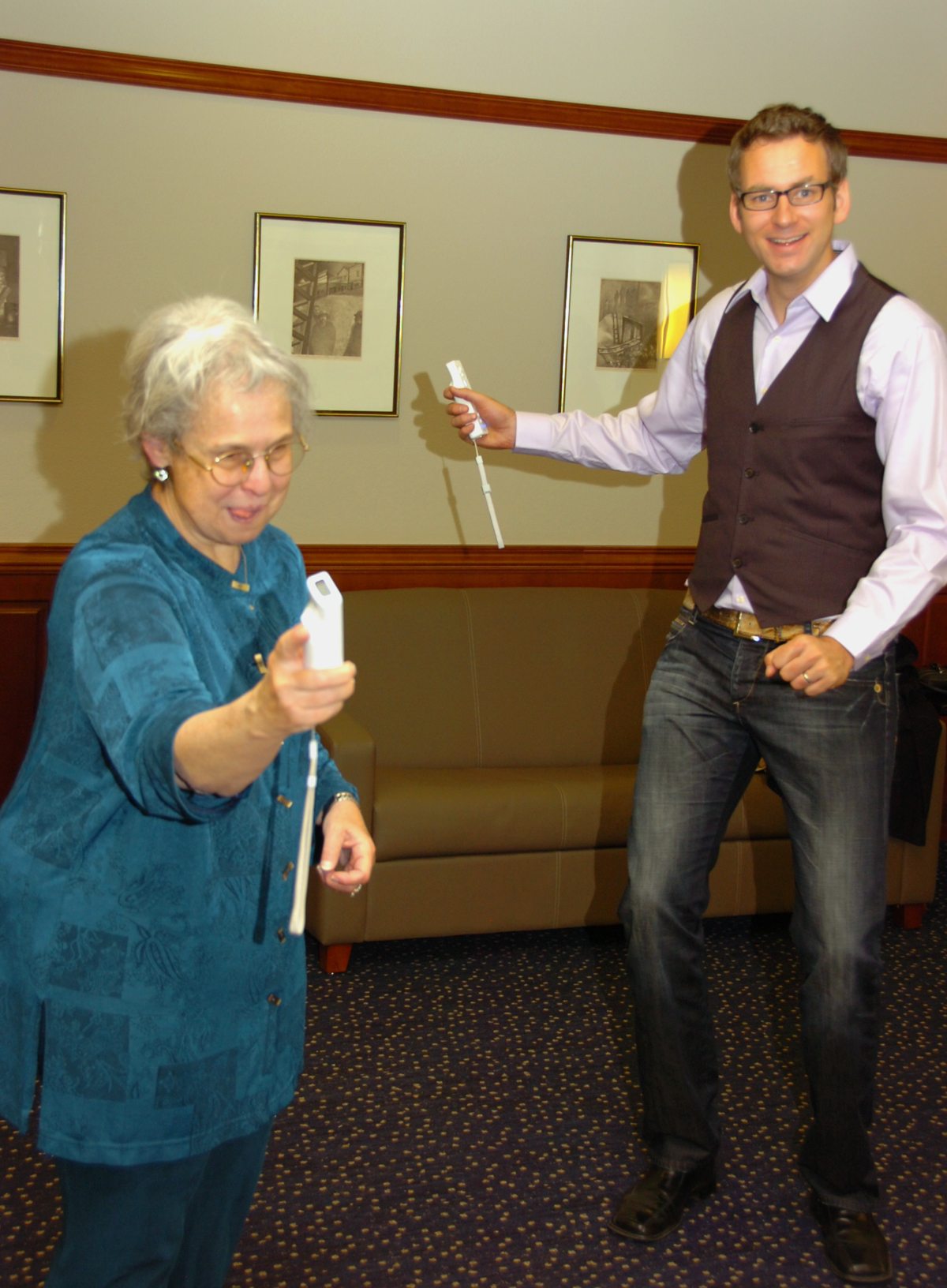 VI Fit, a project at the University of Nevada, Reno, helps children who are blind become more physically active and healthy through video games. The human-computer interaction research team in the computer science and engineering department has developed a motion-sensing-based tennis and bowling exergame that can be downloaded for free at www.vifit.org.

“Lack of vision forms a significant barrier to participation in physical activity and consequently children with visual impairments have much higher obesity rates and obesity-related illnesses such as diabetes,” Eelke Folmer, research team leader and assistant professor in the computer science and engineering department, said.

Exergames are a new type of video game that use physical activity as input and are considered powerful weapons in the fight against obesity. Unfortunately, exergames have not yet been accessible to children with visual impairments, although it is evident they could benefit from them the most.

“Our games are adaptations of the popular Nintendo Wii Sports exercise games that have been modified so they can be played without visual feedback,” Folmer said.

VI Tennis and VI Bowling are the first of several games to be made available. VI Tennis implements the gameplay of Wii sports tennis providing audio and vibrotactile cues that indicate when to serve and when to return the ball. It can be played against the computer or against a friend using two Wii remotes.

“VI Tennis was evaluated at Camp Abilities in New York with 13 children who were blind,” Folmer said. “We found our game to engage children into levels of active energy expenditure that were high enough to be considered healthy, which shows the feasibility of using video games as a health-intervention method.”

The gameplay of Wii sports bowling is implemented through VI Bowling with a novel motor-learning feature that allows players to find the direction in which to throw their ball using vibrotactile feedback. Audio and speech effects are used to indicate the result of each throw. VI Bowling was evaluated with six adults and was found to yield levels of active energy expenditure that are comparable to walking.

Compared to the general population, individuals with visual impairments have even fewer opportunities to engage in physical activities that provide the amounts and kinds of stimulation needed to maintain adequate fitness and support a healthy standard of living. Folmer and his team are exploring alternative forms of interaction that allow individuals with visual impairments to play exercise games and to increase their participation in physical activity.

Folmer’s team includes: Tony Morelli, a doctoral candidate at the University of Nevada, Reno; John Foley, a faculty member in the physical education department and expert in movement studies in disability at State University of New York, Cortland; and Lauren Lieberman, a researcher in the Department of Kinesiology, Sports Studies and Physical Education at SUNY, Brockport who specializes in adapted physical education, especially children with sensory impairments.

To play the VI Fit games, a user would need a Wii remote and a Windows PC with bluetooth support or a USB bluetooth dongle. The games can be downloaded using instructions at www.vifit.org. The games are not affiliated with or endorsed by Nintendo.