Travel: Reno to Virginia City via back roads

If you live in, or are just visiting Reno, a trip to Virginia City is a must. Virginia City is one of the oldest towns in Nevada. It was at the center of gold and silver mining and the rich Comstock Lode in the late 1800s. At its height 23,000 people lived in Virginia City. Today the population is about 1,000. Although it is a tourist town it still feels like the old west and is a fun place to visit. If you take the main roads it is probably no more than an hour from Reno. But in the words of Doc Brown in the movie Back to the Future –  “Roads? Where we’re going we don’t need roads.” My husband, Duke and I really enjoy exploring by taking old dirt roads.


Today with some friend we took the Jumbo Grade Trail and the Ophir Grade Trail to Virginia City. We came home on the Old Geiger Grade Toll Road. All of these roads are rough dirt roads and  four wheel drive and high clearance are definitely necessary to drive on them. We had a great time. Ed, our leader, and his wife had done the trip before using the book Nevada Trails – Western Region as a guide.


We left the paved roads about 4 miles south of highway 395 near New Washoe City. You can see where we left the pavement and the road we started up on in this picture. 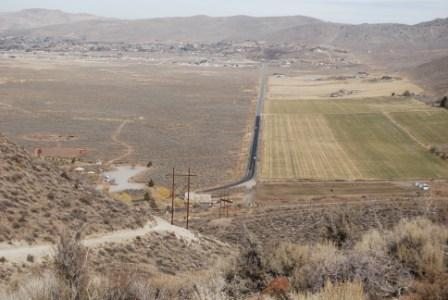 In this next picture I am looking west across Washoe Valley. You can see the remains of a giant landslide described in an article titled Catastrophic rockfalls and rock slides in the Sierra Nevada, USA by Gerald F. Wieczorek

“At about noon on May 30, 1983, a large complex rock and soil slide detached from the southeast face of Slide Mountain, Nevada…… Subsequently, along the northeastern margin of the rockslump zone, a rapidly moving rockfall avalanche of large boulders and a debris avalanche of gravelly sand initiated and entered the northern end of Upper Price Lake, a small reservoir….Price Lake, displaced most of the lake water, which overtopped and breached a low dam. The water then breached the dam of Lower Price Lake and sent a torrent down the gorge of Ophir Creek. In the steep canyon the rapidly moving water picked up fine and coarse rocky debris. Emerging from the canyon 6 km downstream, the debris flow spread out and deposited over the alluvial fan of Ophir Creek in the Washoe Valley, destroying and damaging houses, causing one fatality, and covering old U.S. Highway 395.” 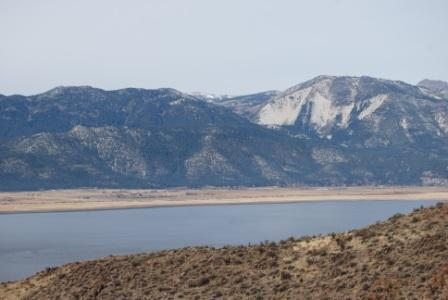 Further along the road we had a wonderful view of Carson City, Nevada’s capital. 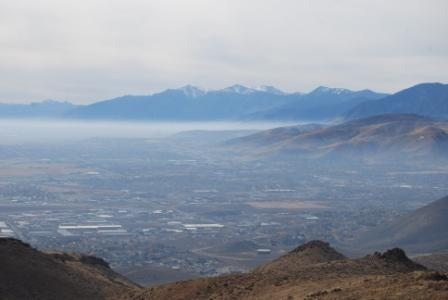 Here are a couple more pictures of us and the road. It was a cool, overcast, beautiful day. 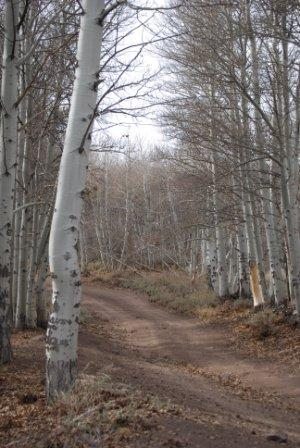 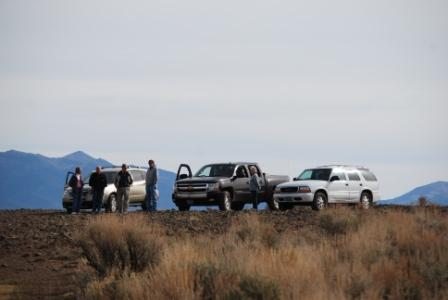 After lots of rocks, ruts, and stops for pictures we eventually got to Virginia City. 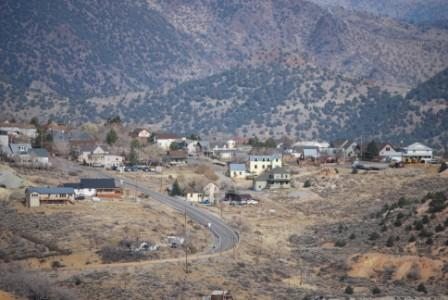 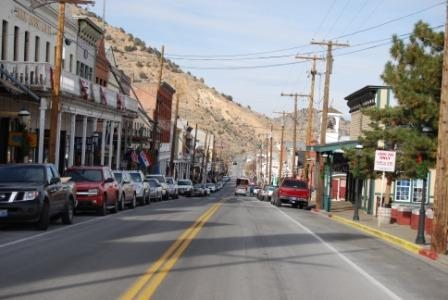 Virginia City has a very large Catholic Church. Some guys were in a basket at the end of a very tall cherry picker repairing the steeple. It is not a job I would want to do! 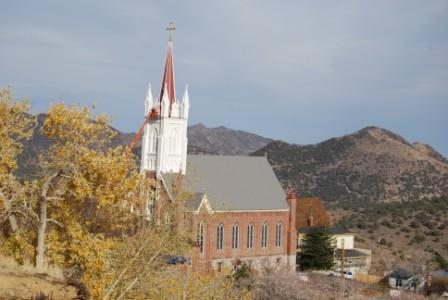 We had a barbecue lunch at Virginia City Jerky and Smokehouse. My spicy pulled pork had a wonderful smoky flavor and was some of the best I have ever eaten. 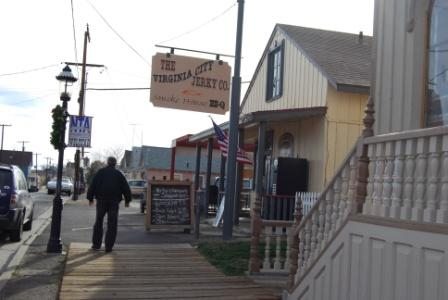 After leaving Virginia City we headed down on the old Geiger Grade toll road. The Online Nevada Encyclopedia describes the road:


“opened completely in 1863 with several toll stations. Its sharp descent, including hairpin turns and steep slopes, made it impractical for heavy loads, but it was a popular route for stagecoaches. Because drivers had to slow in some places, these became favorite locations for robberies."

Even now it is a very steep and in places very narrow road. It is hard to imagine driving a stagecoach up that road or for that matter riding in one.

A summer to remember: Hit the road for these rural...

Five events to check out: Who knew history could be...

Piper’s Opera House continues its commitment to performing arts this...