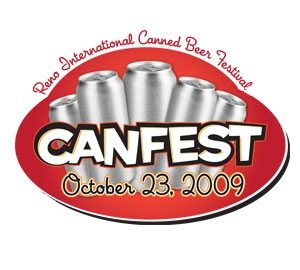 As Reno gears up to host the first ever international canned beer competition, appropriately named CANFEST, the competition is unfolding into an event complete with enticing festivities for attendees, more than 25 breweries from all around the globe, and great ticket/room packages.

The competition will take place in the Grand Sierra Theater October 23, from 6:30 p.m. -10:30 p.m. Tickets are now available through the Grand Sierra Resort and Casino’s website for $35 per person. Special room rates for attendees are available at $35 per night. Proceeds from the event will benefit The Nature Conservancy and The Great Basin Bird Observatory. Please visit the Grand Sierra’s website at www.grandsierraresort.com or call 1-800-648-3568 to book rooms and tickets using the promotion code CANFEST.

Among the festivities lined up for CANFEST, Paul Gatza, Director of the Brewers Association, will be speaking on the history of American beer, craft beer, and the trend of canned beer. Ginger Johnson, founder of WomenEnjoyingBeer.com, will give a presentation on the reasons patrons enjoy canned beer, why women love beer, and the relationship between beer and the arts. A question and answer forum of canned brewery owners and brewers specifically intended to answer the public’s questions regarding beer and canned beer is another great addition to the competition.

A display of mobiles built by local artists entirely from recycled beer cans, a promotion that directly benefits Sierra Arts, a local non-profit that helps establish and spread arts programs in the Truckee Meadows.
Each brewery has been asked which cheese, chocolates and ice creams pair best with their individual beers. Many stations will feature exclusive pairings with these foods for the public to sample.
The following breweries have confirmed their attendance: