Home > News > REVIEW: Two Scoops of Delicious and One Scoop of Crazy at Icecycle Creamery
News

REVIEW: Two Scoops of Delicious and One Scoop of Crazy at Icecycle Creamery

Food and Fun for the Whole Family 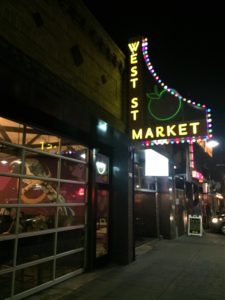 To my knowledge, West Street Market is the only establishment of its kind in Reno. The market offers lunch, dinner, and dessert options against a backdrop of art, culture, and music.

Larger cities such as San Francisco and Cleveland have long been known for their exceptional markets. My happiness and pride for my city grows with every new addition to West Street Market. The innovative and often affordable food at West Street Market paired with its cultural offerings and community is a priceless asset for Reno.

Diners unfamiliar with West Street Market may wish to read ThisisReno’s articles detailing some of the other foods served in the market. I previously reviewed the exquisite foods at Maya’s South Indian Cuisine and The Pizza Collective. Other fine eateries also operate inside the market. Please check out the market’s website to explore all the great options. 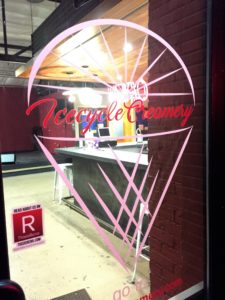 Icecycle Creamery operates at the rear of West Street Market. Diners may access the creamery from the front doors of the market or via an entrance at the rear of the courtyard.

At the creamery itself, diners will find several stools to sit on and additional seating spread throughout the room. The entire market includes open seating, so enjoy your ice cream wherever you’d like.

The creamery is donned with cycling-themed accents such as bike gears laid into the stone counters and handlebars hanging on the walls. The creamery also boasts clever pieces of art that intertwine pop culture with ice cream.

The partnerships with fantastic local vendors don’t end with Under the Rose. Icecycle also partners with Holey Schmidt Donuts and Café Jefe, a local coffee purveyor. Catch these doughnut and coffee products in some of Icecycle’s ice cream flavors.

As I stated previously, Icecycle keeps their vanilla and deep chocolate flavors on hand every day that they’re open. Their other six ice cream flavors change each month. Enjoy the ice cream in a cup, pint, sugar cone, or house-made waffle cone. They also serve milkshakes, Hawaiian shaved ice, and sundaes.

Freaky, Fresh Flavors for Every Palate 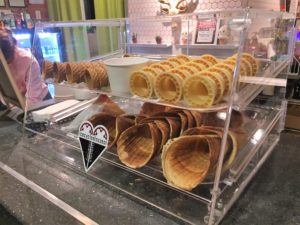 Before deciding which two flavors to populate my waffle cone (two scoops @ $4.75 and cone @ $2), Shayna Jung, the ice cream facilitator for the evening, indulged me in a sample of each of their eight flavors of ice cream.

After sampling all eight flavors, I selected the savory delish and the fresh cantaloupe for my house-made waffle cone. Upon digging into the scoops, everything I enjoyed about the samples was dialed to eleven. The fresh cantaloupe had the strong melon flavor as in the sample, but the scoop also had small pieces of melon. It was divine.

The savory delish scoop had a nice amount of walnuts, goat cheese, honey, and rosemary. Getting little bits of rosemary in the scoop really elevated the flavor to something distinct and delightful. The house-made waffle cone may have been the best that I’ve had. It occurs to me that I did not photograph my cone and two scoops. Why? Keep reading.

One GIANT Scoop of Crazy

The scoop of fresh cantaloupe and the scoop of savory delish account for the ‘two scoops of delicious’ detailed in the title of this article. What, then, accounts for the ‘scoop of crazy’? In true Reno fashion, an extremely intoxicated man wandered up to the creamery counter and solicited a milkshake. What flavor? “Oh, I don’t know man,” said the new diner. Shayna, the friendly employee, suggested a vanilla milkshake. The man agreed that would be fine. I give a pass to everything up to this point.

The next events tested my, “What would you do in situation-X faculties?” Some children were playing hide-and-seek while I ate my ice cream and while the intoxicated man awaited his milkshake. My spidey-sense engaged when the man started referring to Shayna as ‘Honey Bear.’ I held my tongue and Shayna chose to ignore the blatantly inappropriate pet name. What followed next, I could not ignore.

The intoxicated man, let’s call him Creeper Carl, pulled one of the children playing hide-and-seek aside and offered to purchase him a milkshake. The child declined. I intently listened to the conversation with my senses heightened and my free hand balled into a fist. Creeper Carl insisted on the buying the child a milkshake a second time, but again, the child declined and then scampered away. In my head at this time, I knew that Creeper Carl was grossly misbehaving, but I wasn’t 100 percent certain that he posed a threat to anyone’s safety. Wrong or right, that was my gut feeling at that moment.

Next, the child’s father entered the room, and from 15 feet away, the father stated that Creeper Carl was unwelcome to speak to his child. Honestly, it was kind of astounding at how calm the father remained. Creeper Carl said nothing. When the father walked away, Creeper Carl began engaging with me directly.

“I think that when in doubt, you do not speak to another person’s child, let alone offer to purchase the child a milkshake,” I said.

“Oh, so now you think I’m a pedophile. Let me ask you something,” he slurred.

“You may not ask me anything. You need to stop harassing people immediately,” I said at the fullest volume I could project without openly yelling. Meanwhile, the other diners chose to completely ignore the very audible confrontation.

Creeper Carl then proceeded to shut his mouth, stop drinking his milkshake, and mean-mug me for ten consecutive minutes. I continued eating my ice cream while not breaking eye contact with him for single second. The reptilian part of my brain, for better or for worse, had me ready to engage the threat, ice cream in hand, with any sudden movement. The dramatic climax, thankfully, did not come to fruition. Creeper Carl eventually drank the rest of his milkshake and left without another word.

I suggested to Shayna that if she did not have a friend or coworker available to escort her out of the building, she should ask another restaurant employee. Not wishing to become the creeper myself by offering to escort her out at the end of her shift, I offered to call the police or make the other restaurants in the market aware of the situation. She said she had pepper spray and that she felt comfortable exiting as she would normally. My adrenaline suggested that I should do something further, but Creeper Carl was gone and the immediate threat seemed to be over. I thanked Shayna for her time and left.

Creeper Carl might be a legitimate pedophile and I may have made a serious error in judgement by not calling the police, but he could have also just been a mouthy drunkard that couldn’t leave well enough alone. Even as I write this article, it’s difficult for me to assess if I overreacted or underreacted. I hope with my whole heart that Creeper Carl is a jerk and a miscreant, but not a threat to public safety. I may never know.

I didn’t share this story to dissuade people from patronizing Icecycle Creamery. Much to the contrary, I thought their ice cream was exceptional. I also thought Shayna diffused the situation as professionally as possible by not engaging with Creeper Carl. She also didn’t hear the full scope of the situation as it was occurring, because she was diligently helping a steady influx of new customers. Only after Creeper Carl left did I explain what happened.

I shared the story because many of us will encounter one or more situations in our lives when we have the opportunity to stand up or sit down. I implore my fellow Reno citizens, do not sit down and stay quiet when antagonists jeopardize the peace. Don’t personally engage if you feel uncomfortable, but never do nothing. Don’t assume someone else is helping. Call the police. Call for help. Choose to do good, whatever that looks like. 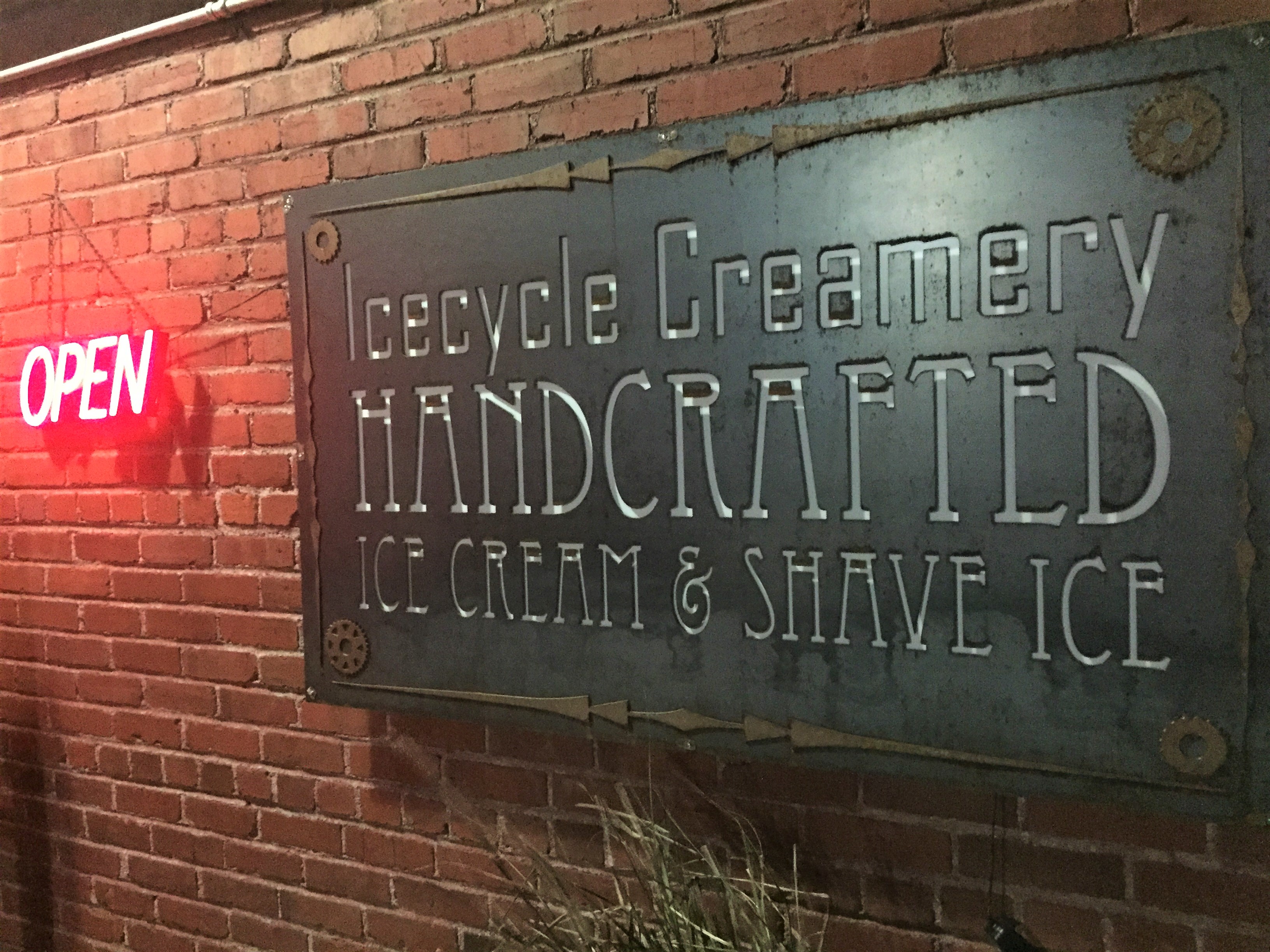 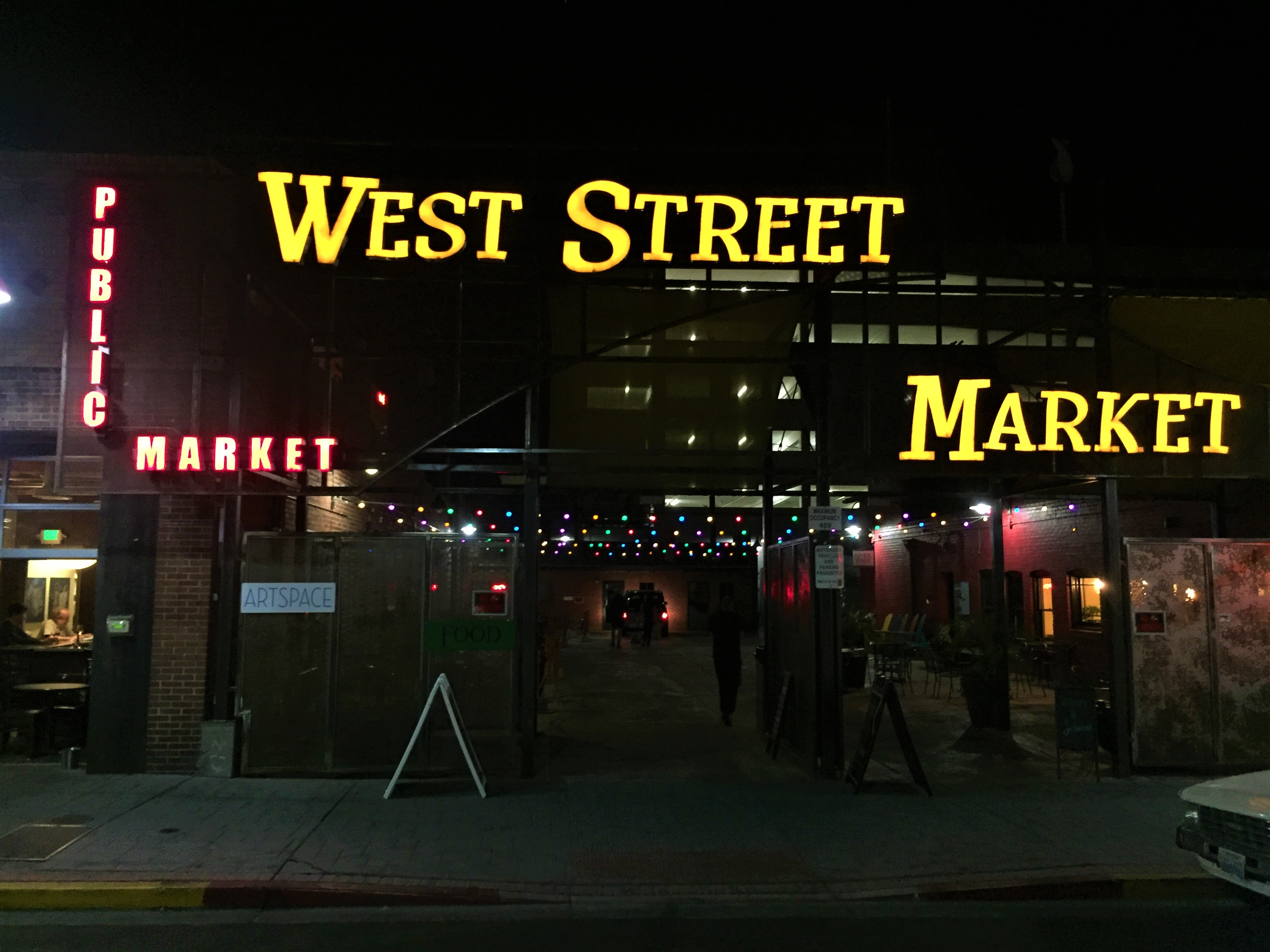 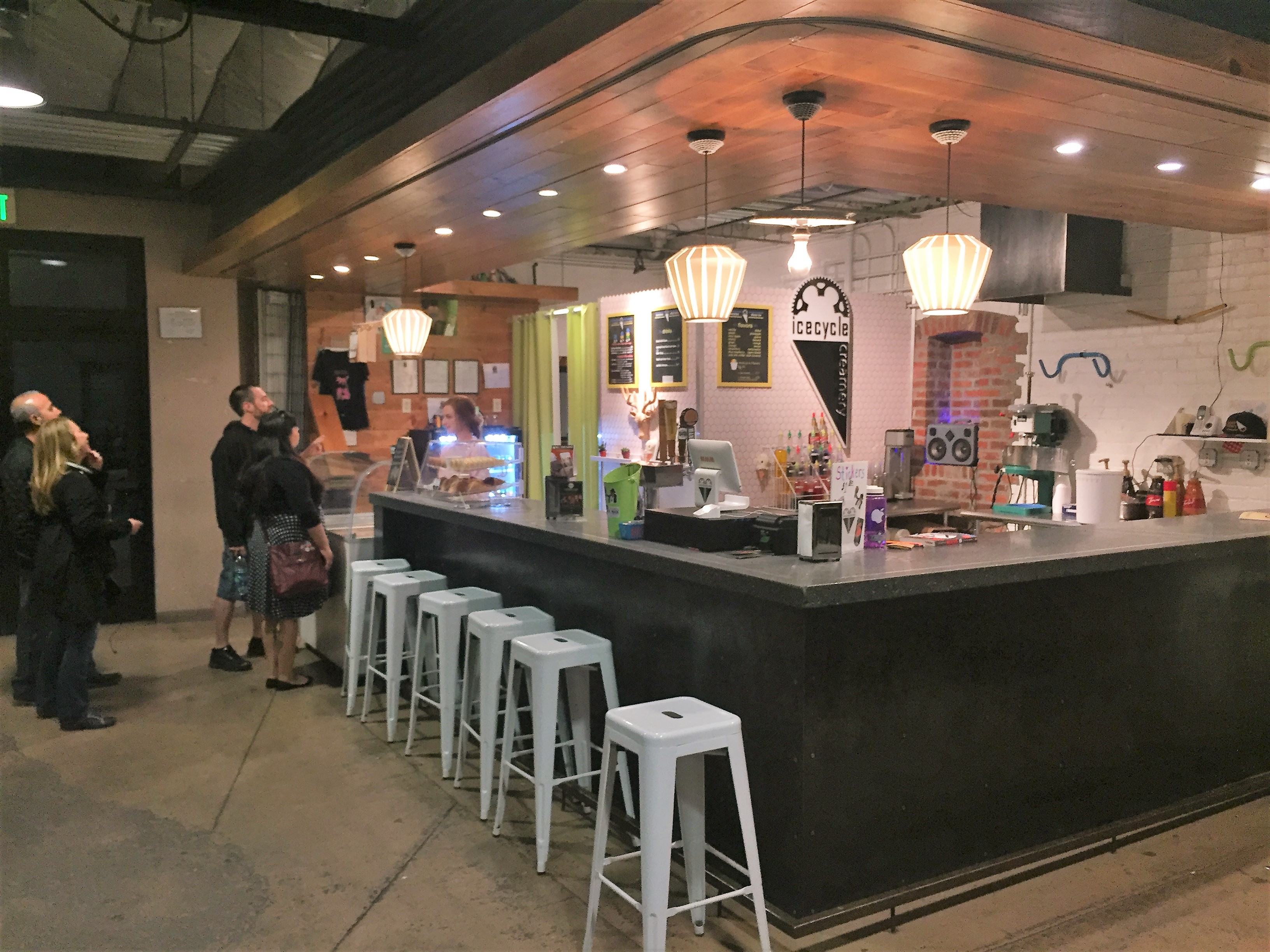 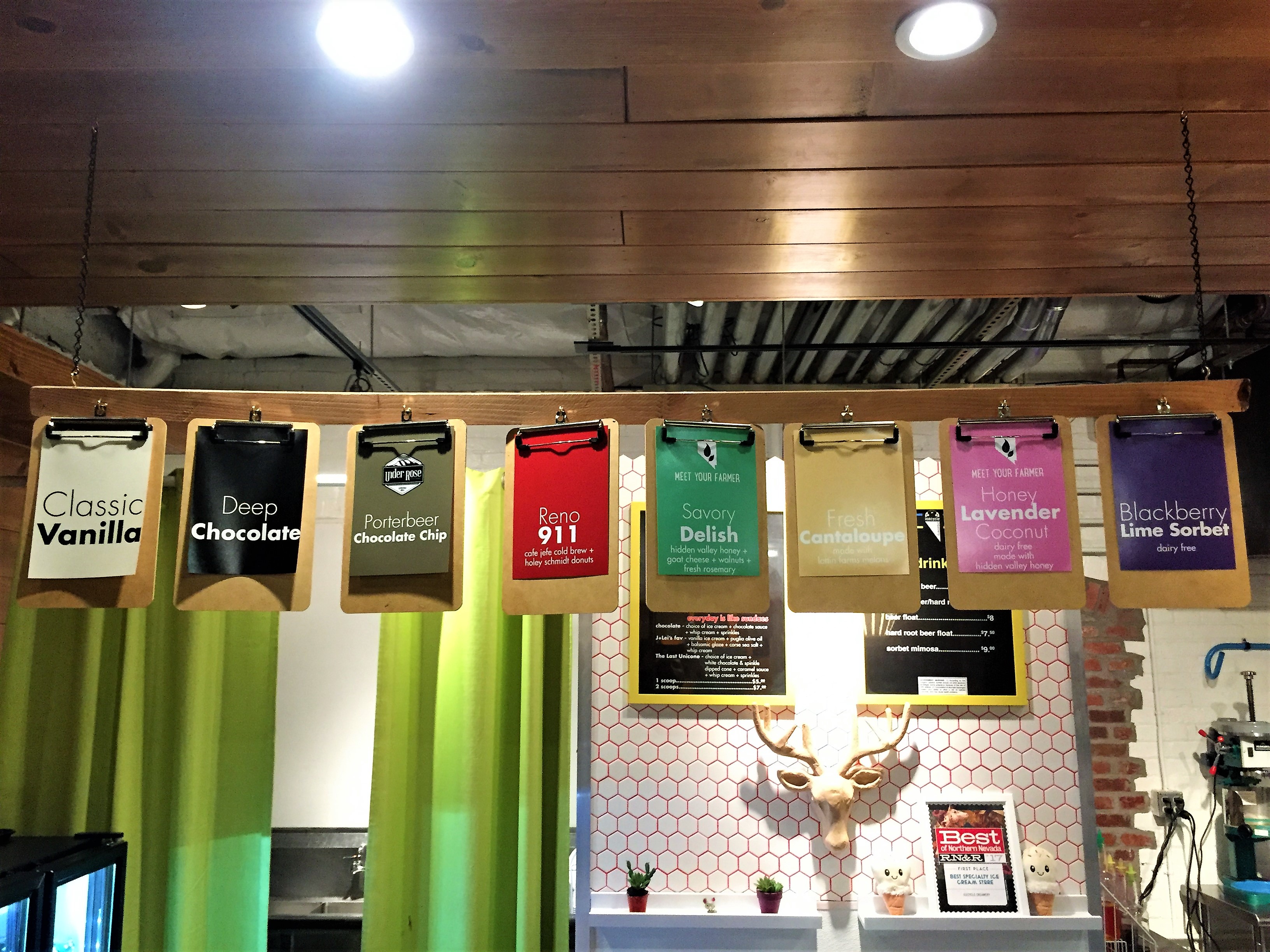 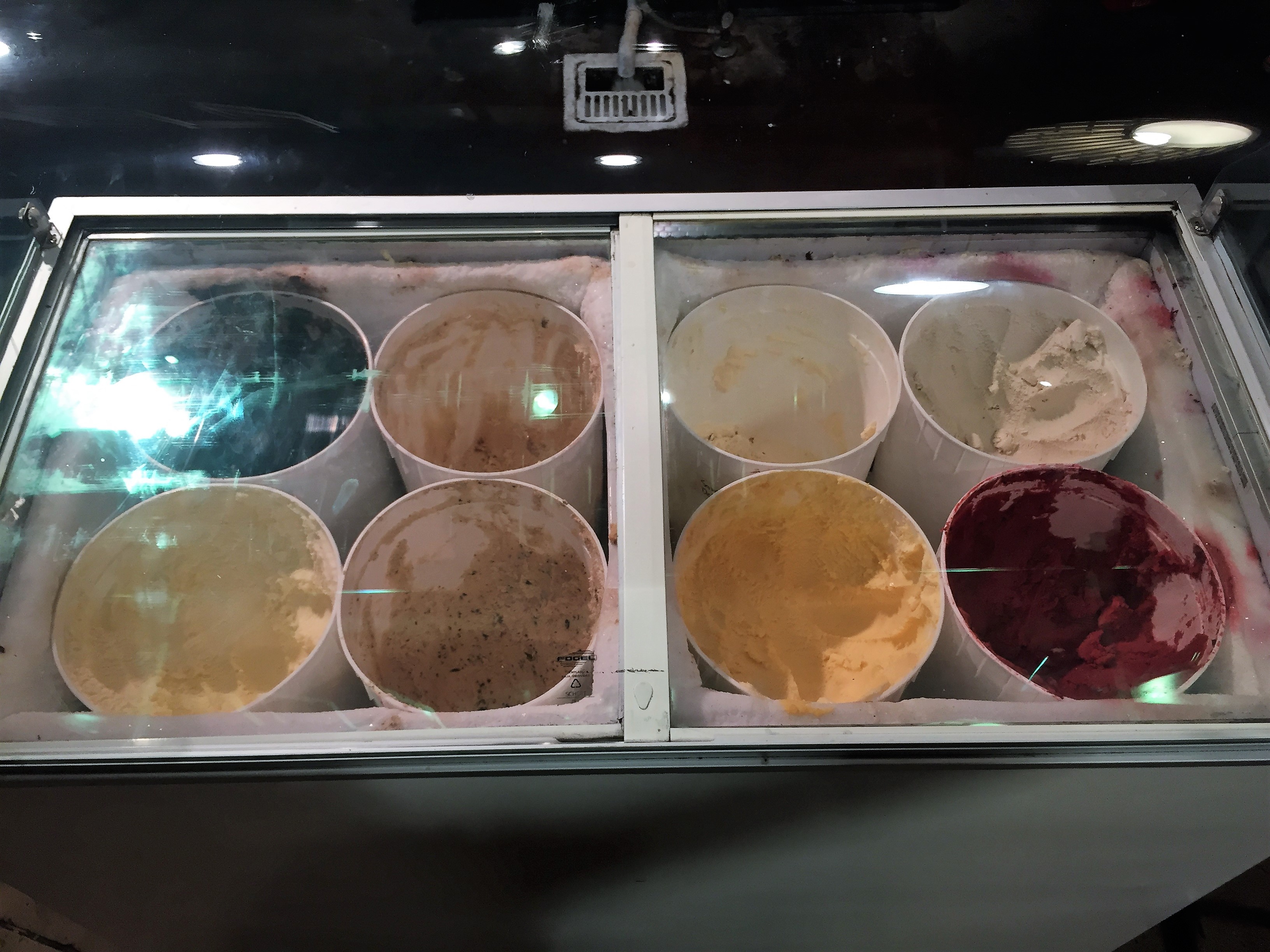 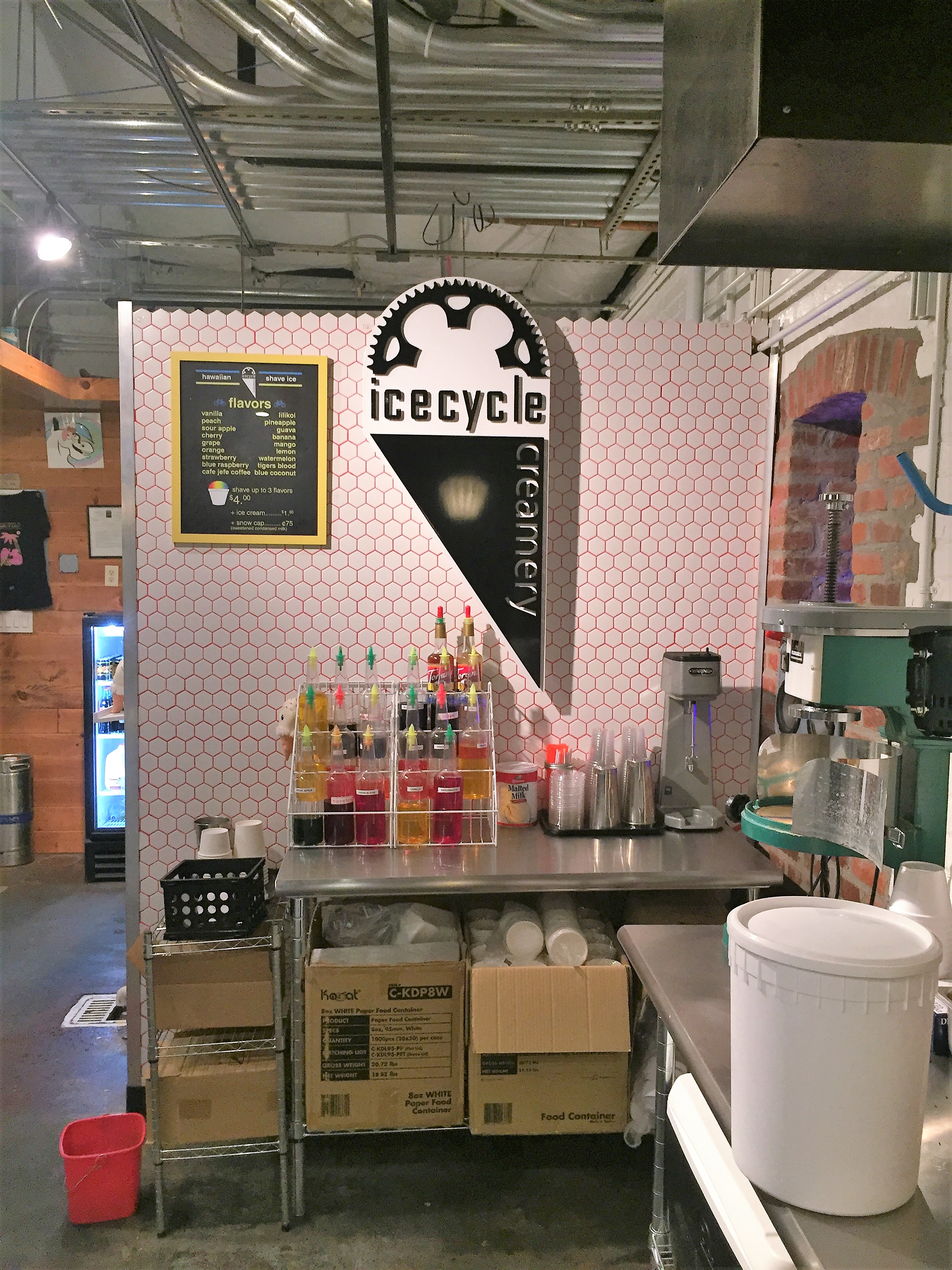 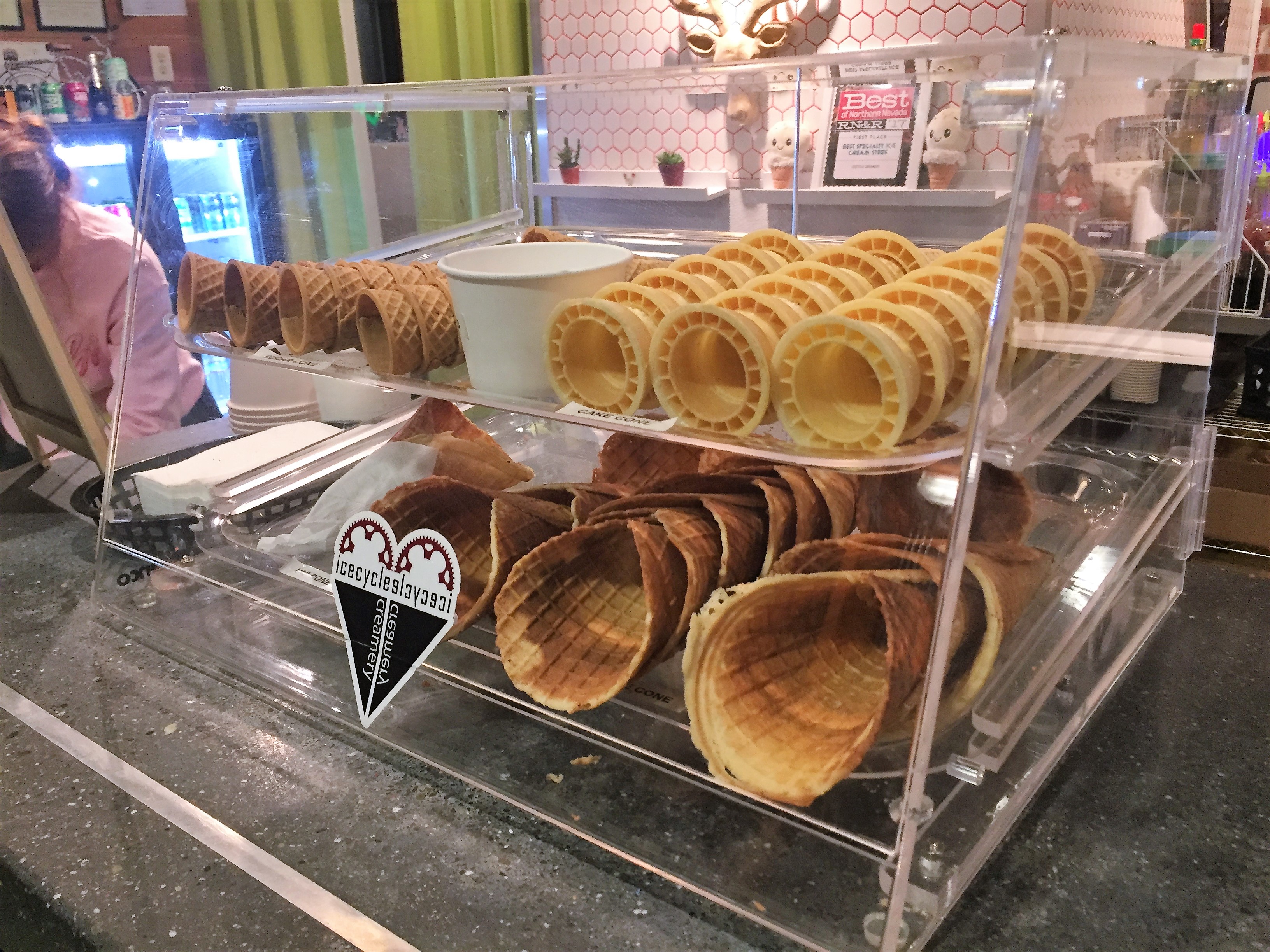 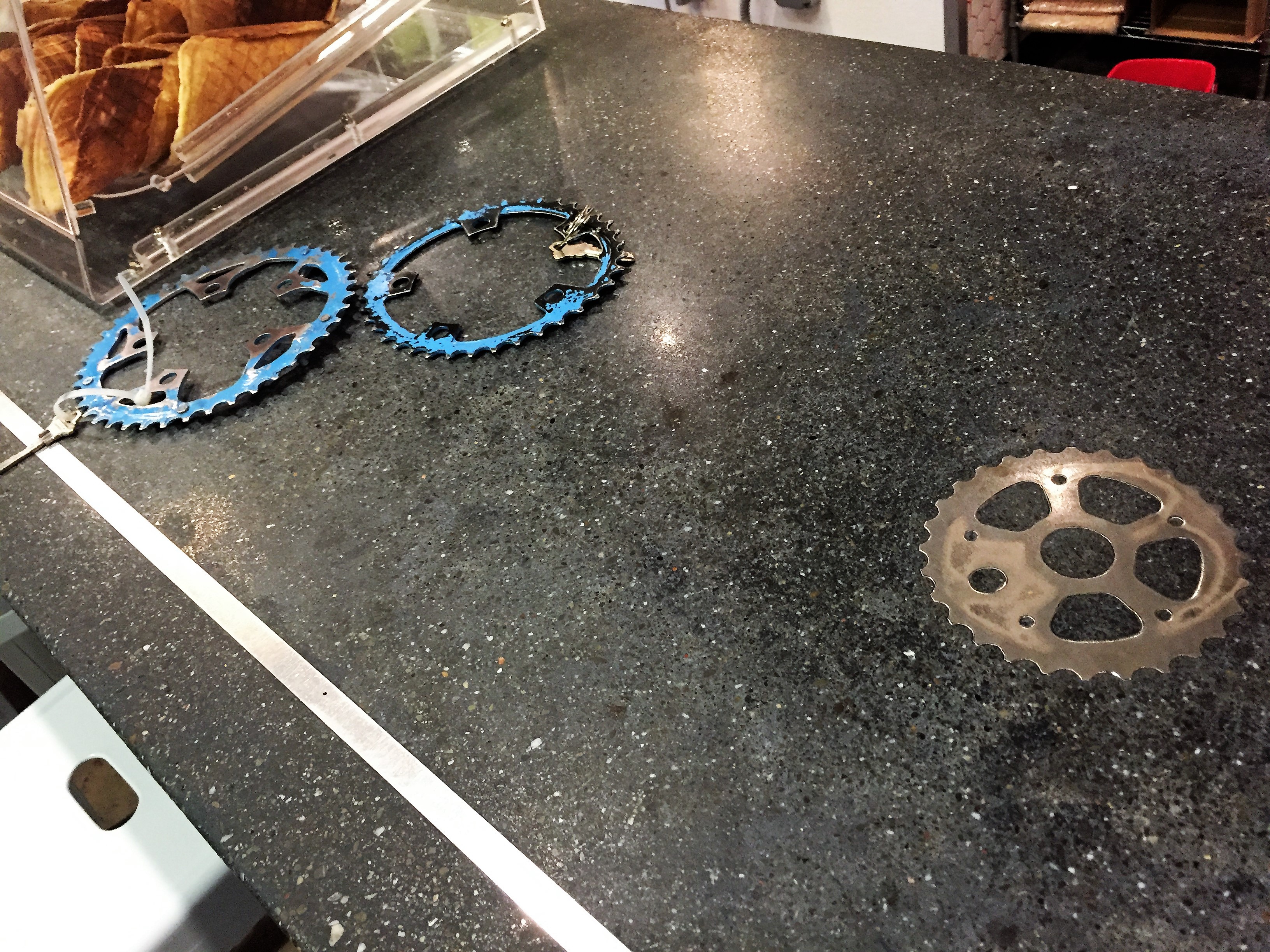 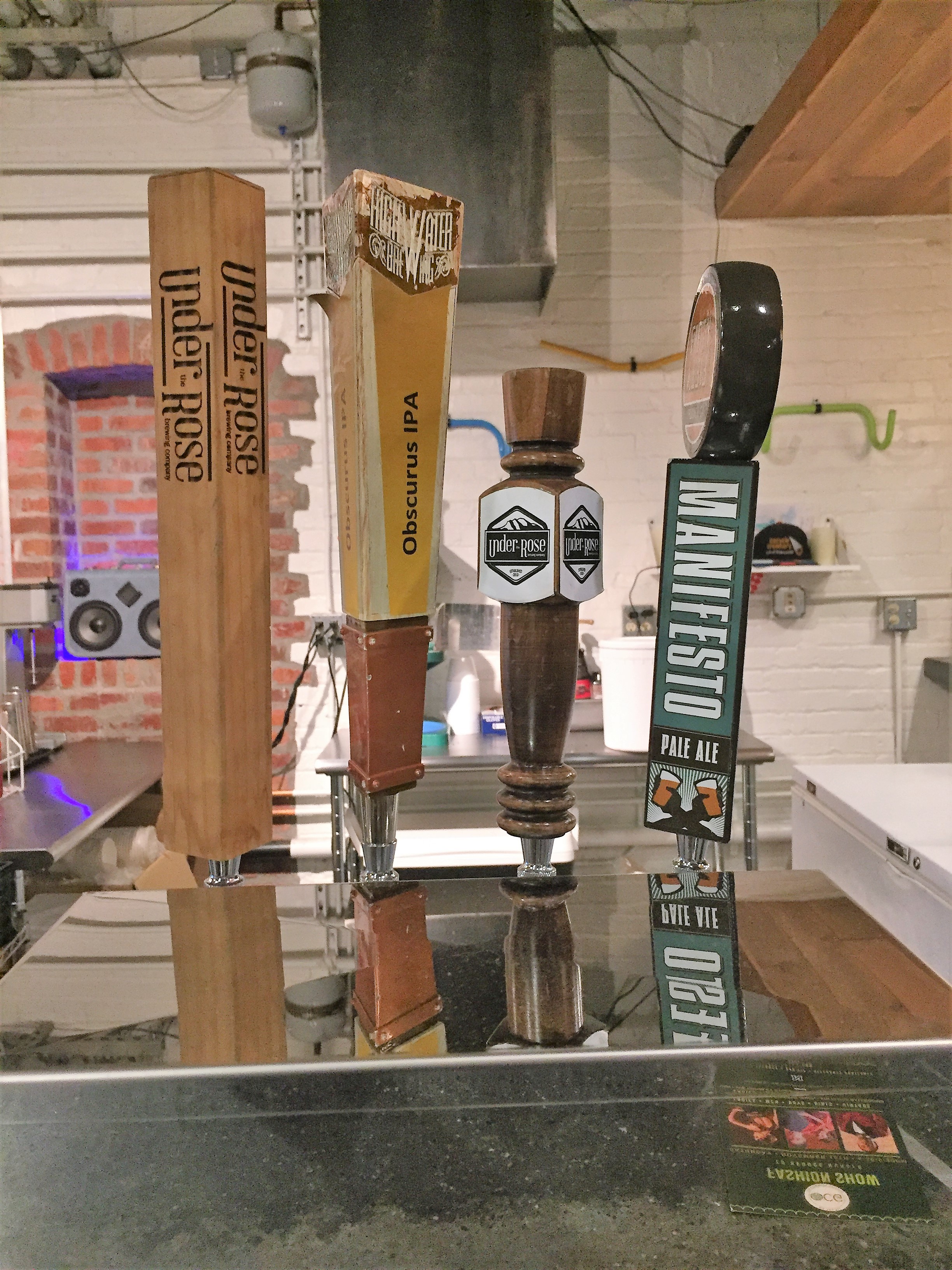 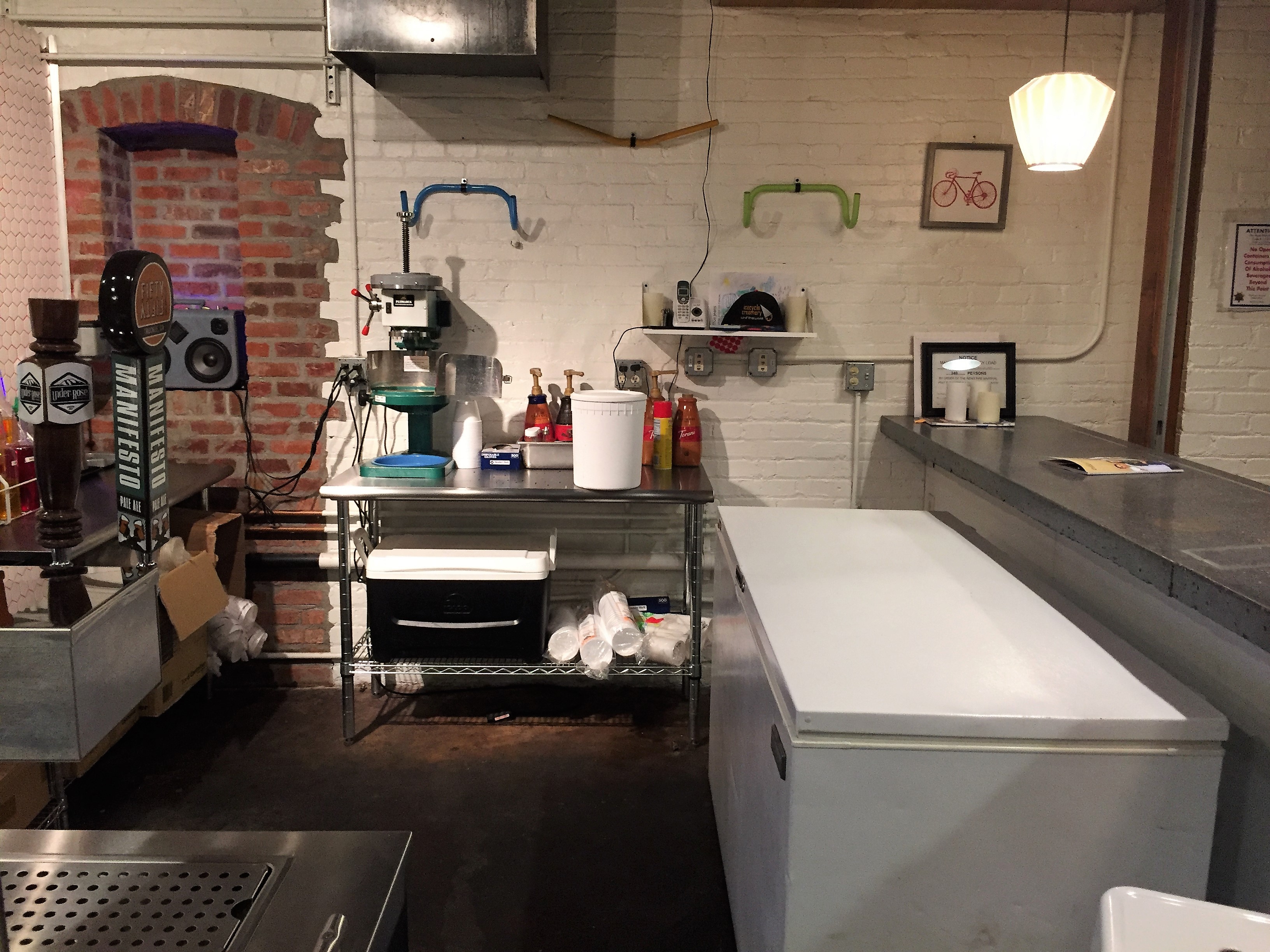 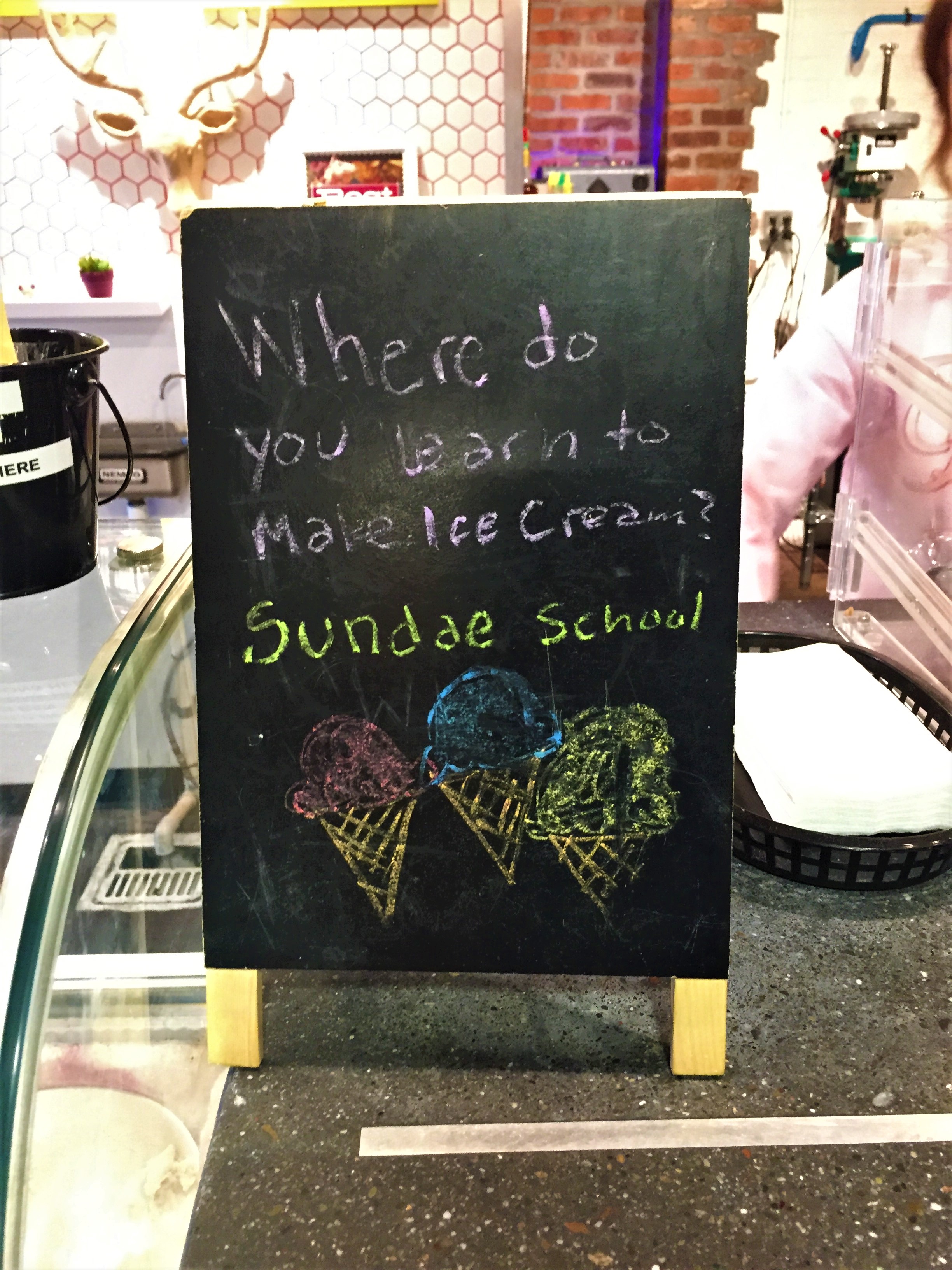 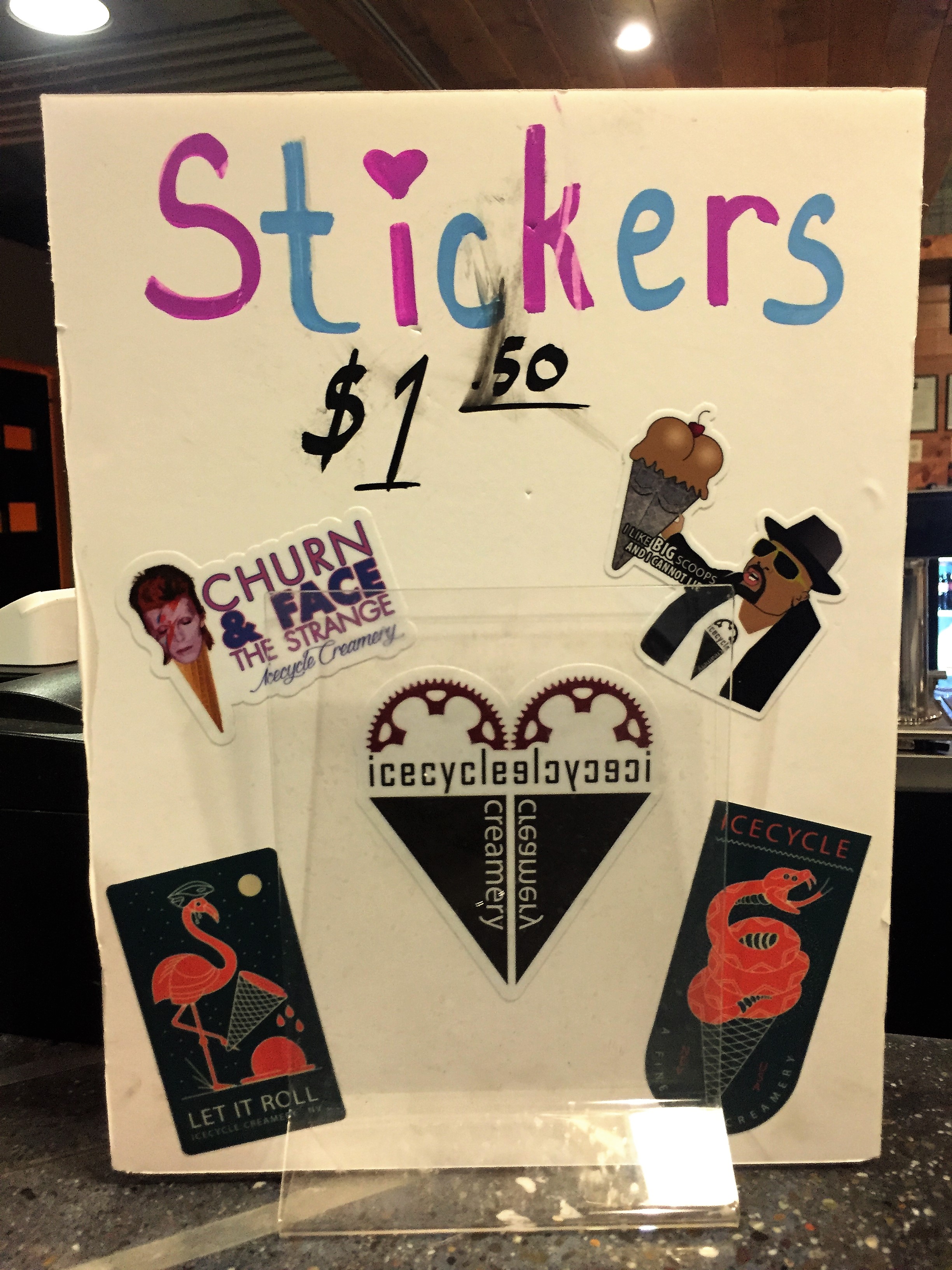 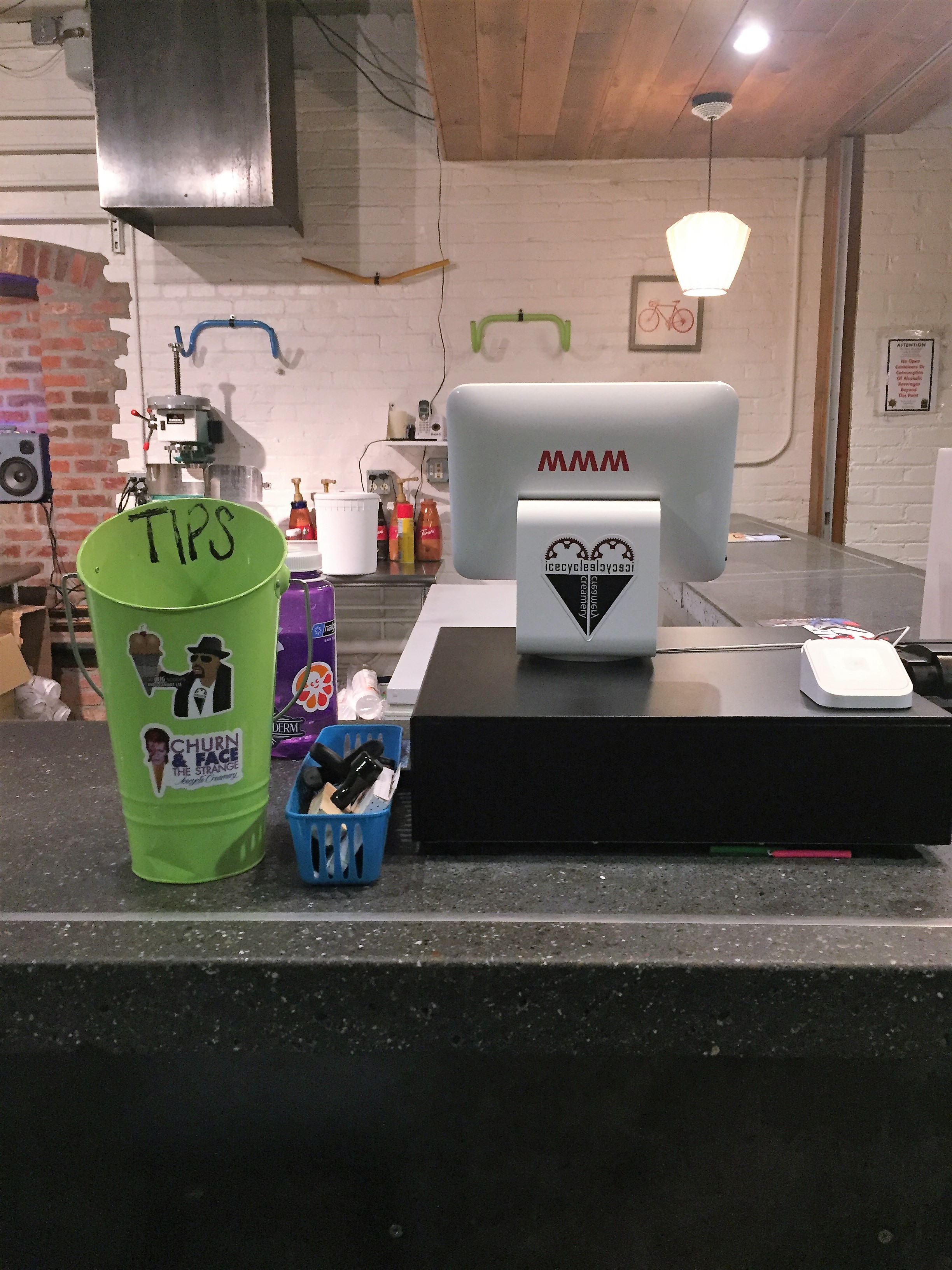 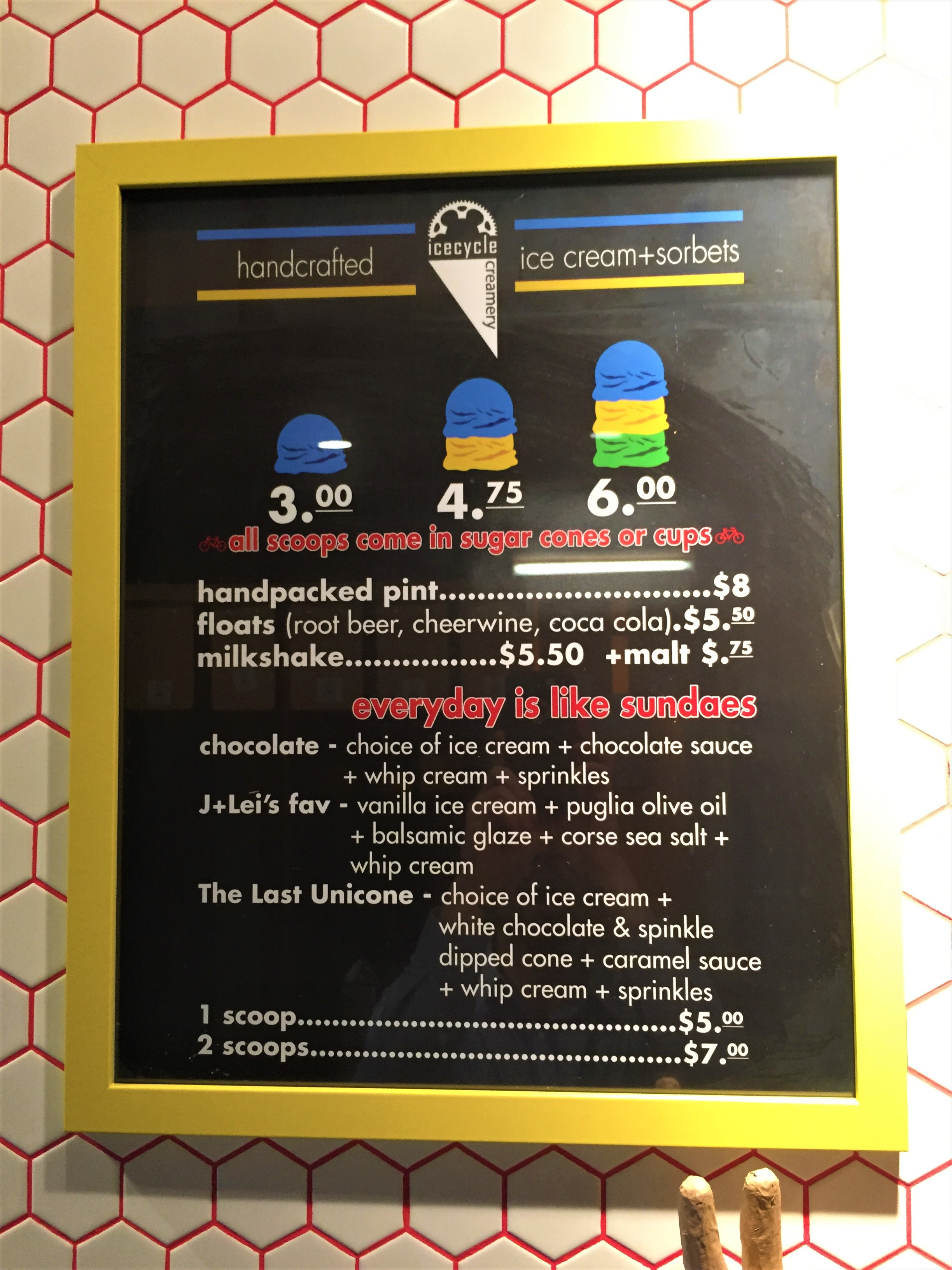 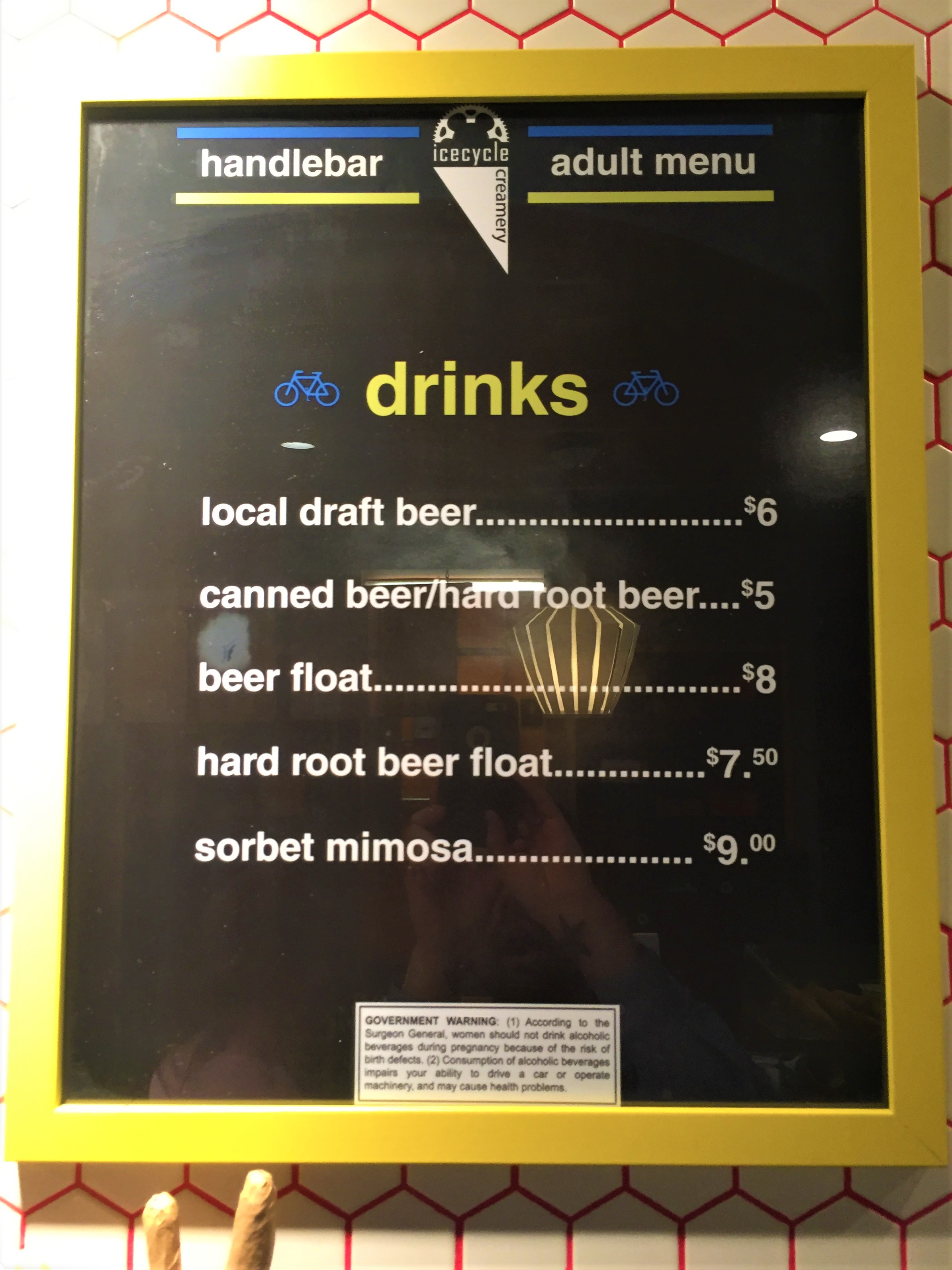 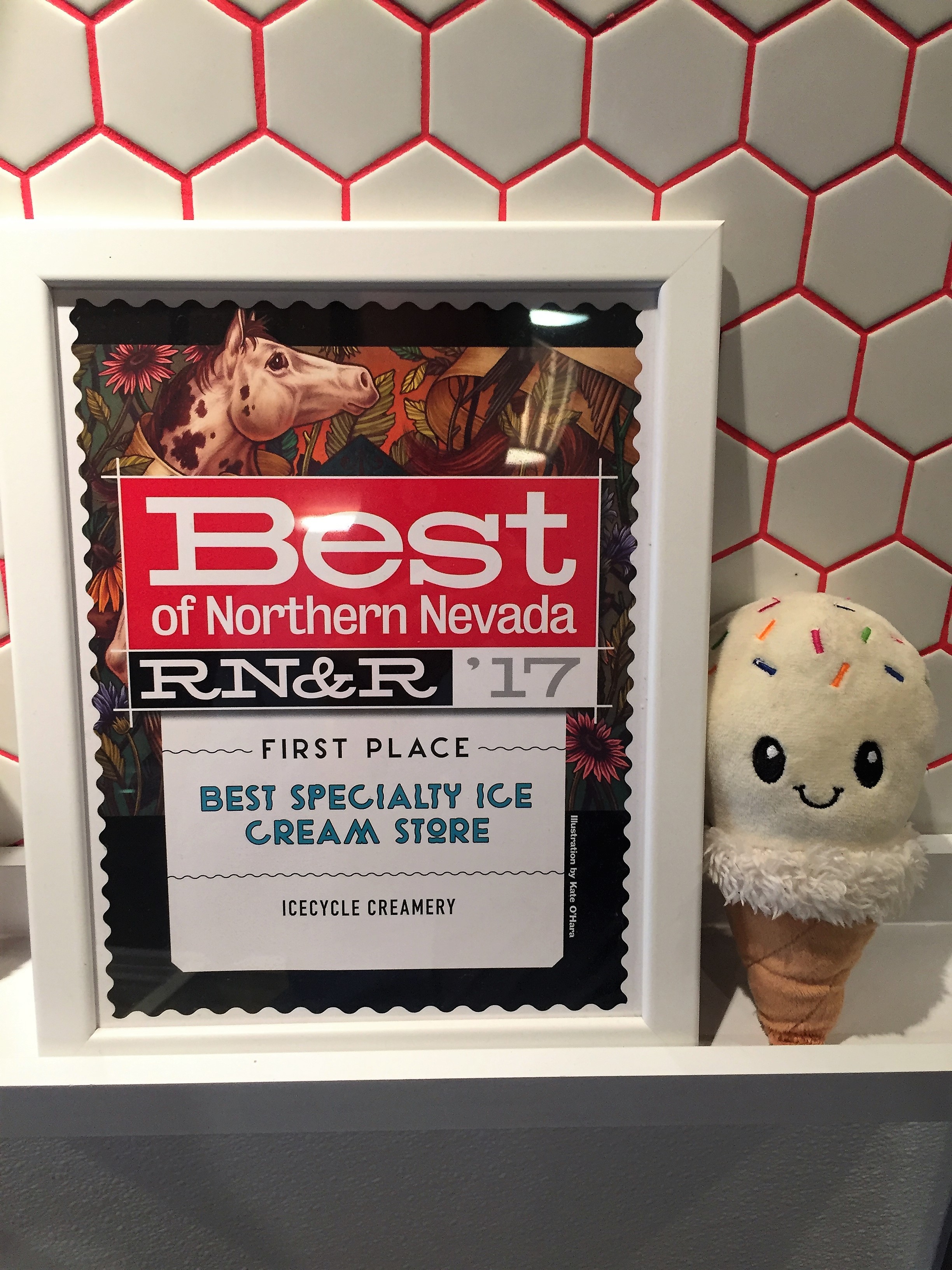 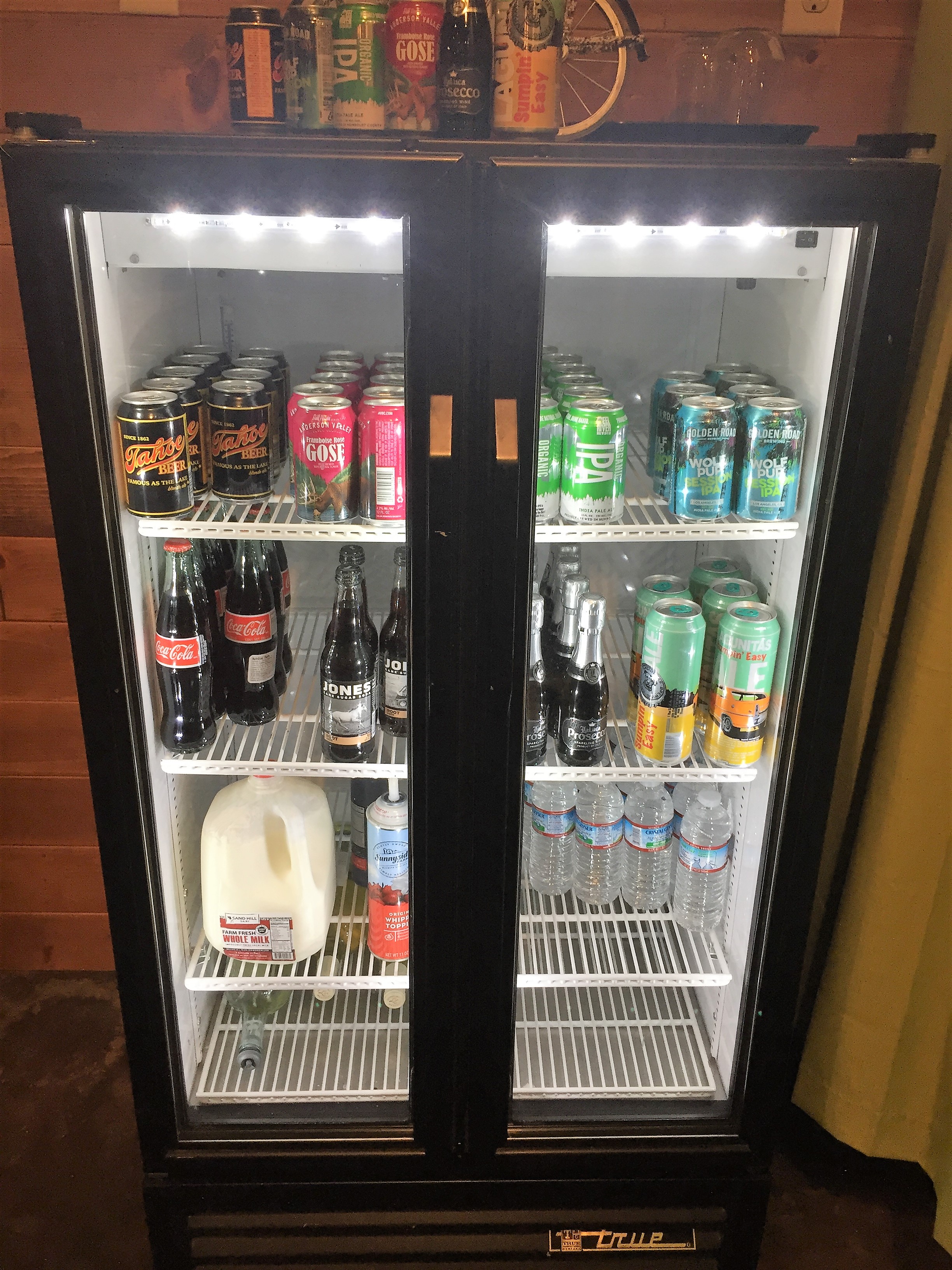 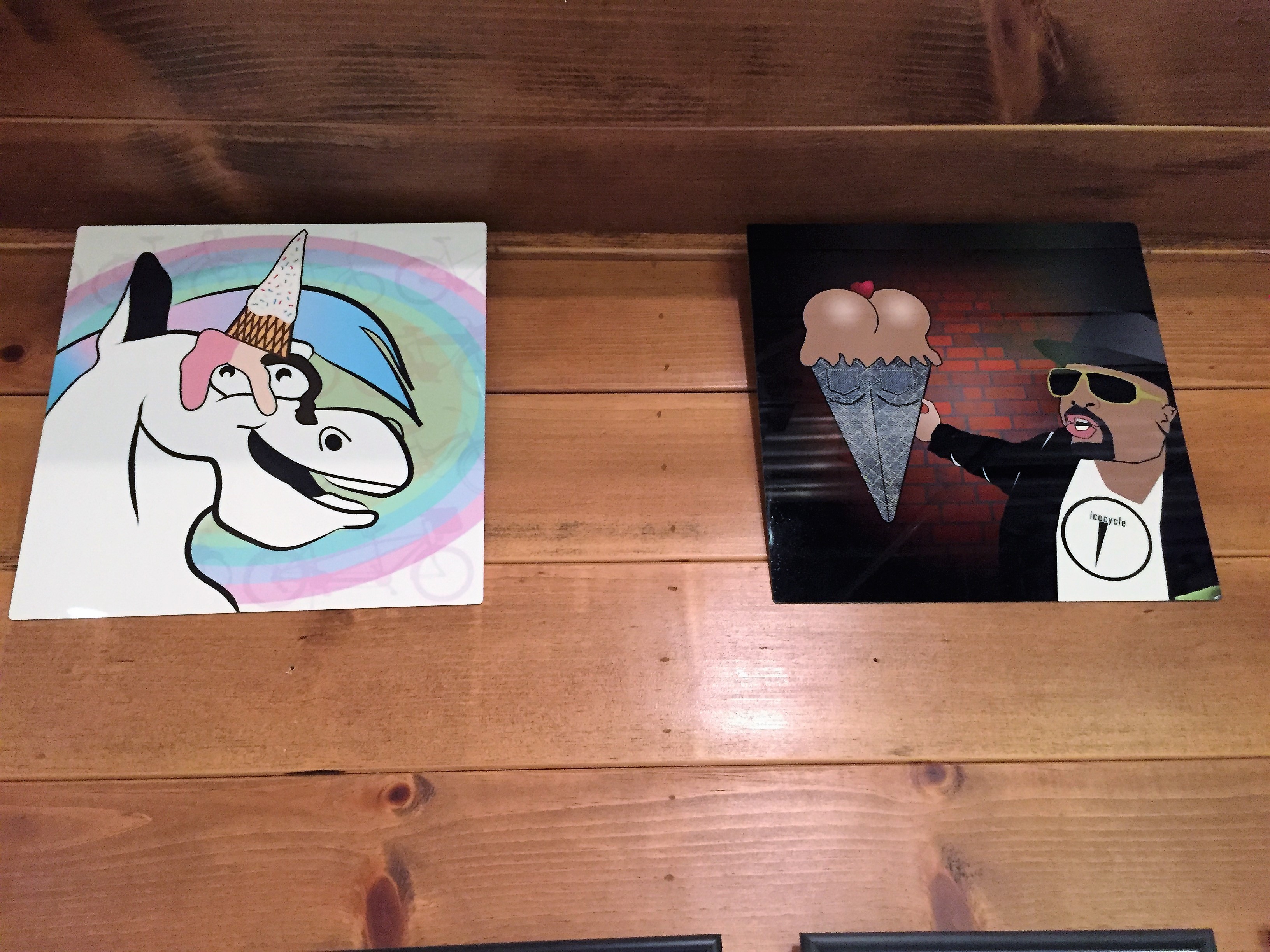 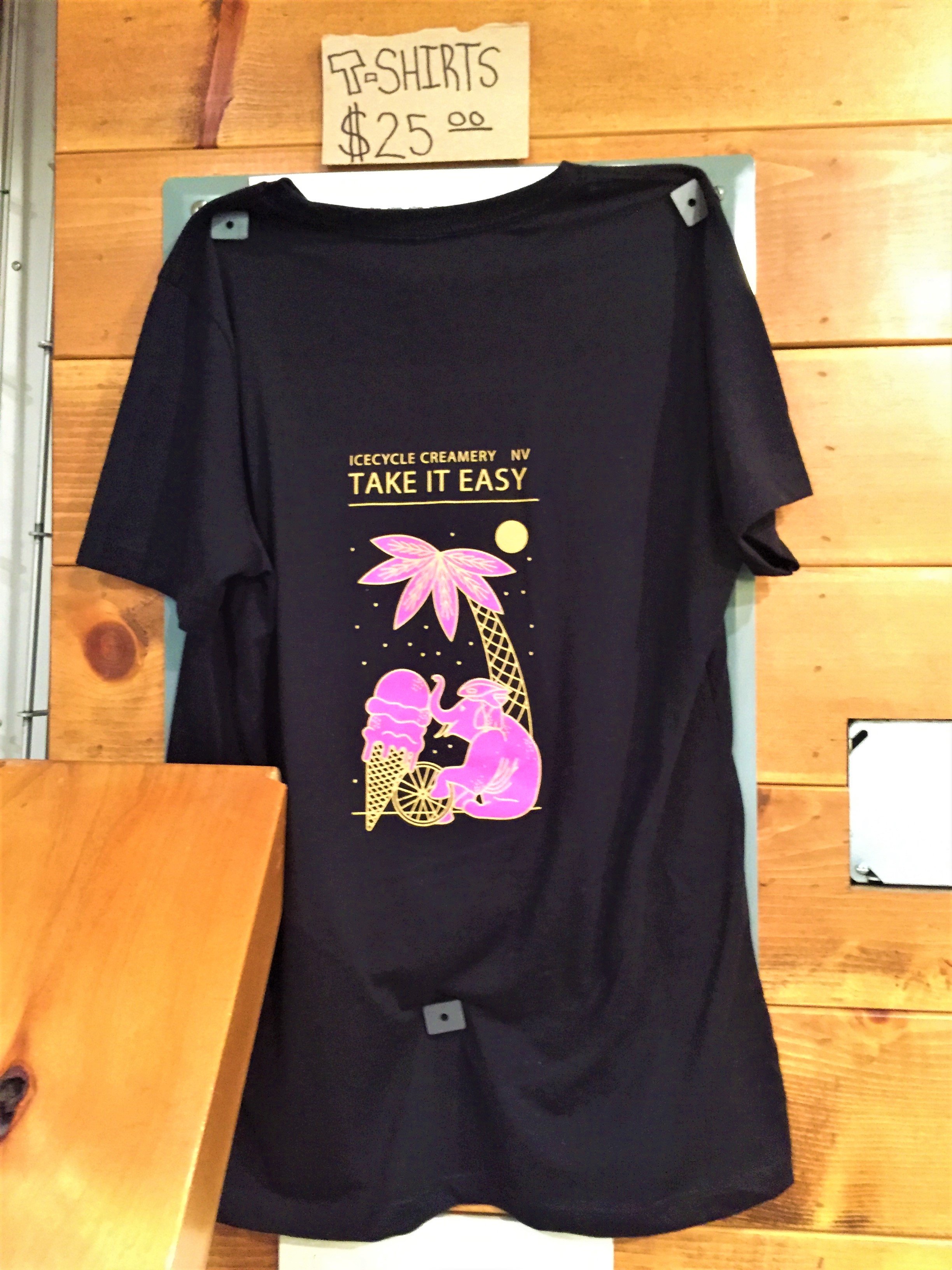 Get freaky with a Freak Shake at Black Rock Dessert

A Different Kind of Southern Food

PHOTOS: Foodies Rejoice as The DeLuxe Opens at West Street...