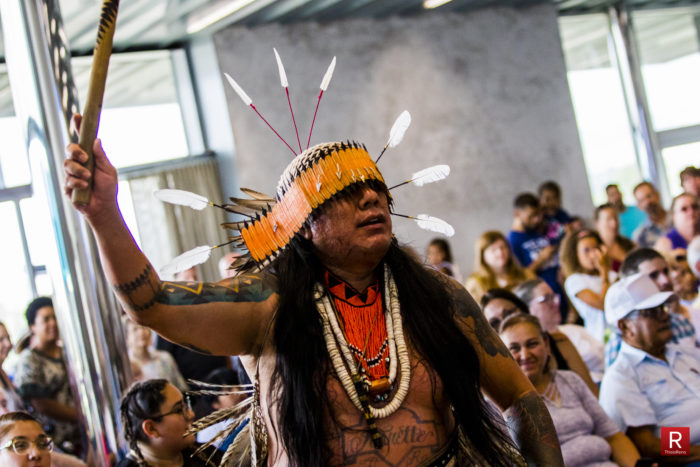 A Grindstone Patwin dancer performs during Reawakening the Great Basin at the Nevada Museum of Art. Image: Ty O’Neil

Even with four stories of events and activities the museum was crowded to the point where many people found it difficult to find a place to watch the dances. The attendees grew so numerus for some events that at least one event was moved to a large stage to accommodate the crowd.

While space may have been limited, entertainment was not. The fourth floor accommodated the majority of performances; each group was introduced and performed while live music was played from a small stage. Behind the stage was a set of TVs that scrolled through images, both historic and modern, of the performing tribe.

Reno-Sparks Indian Colony invited other native groups to perform at the event, including tribes from California. As event organizers pointed out, these boundaries and borders were not created by native people. 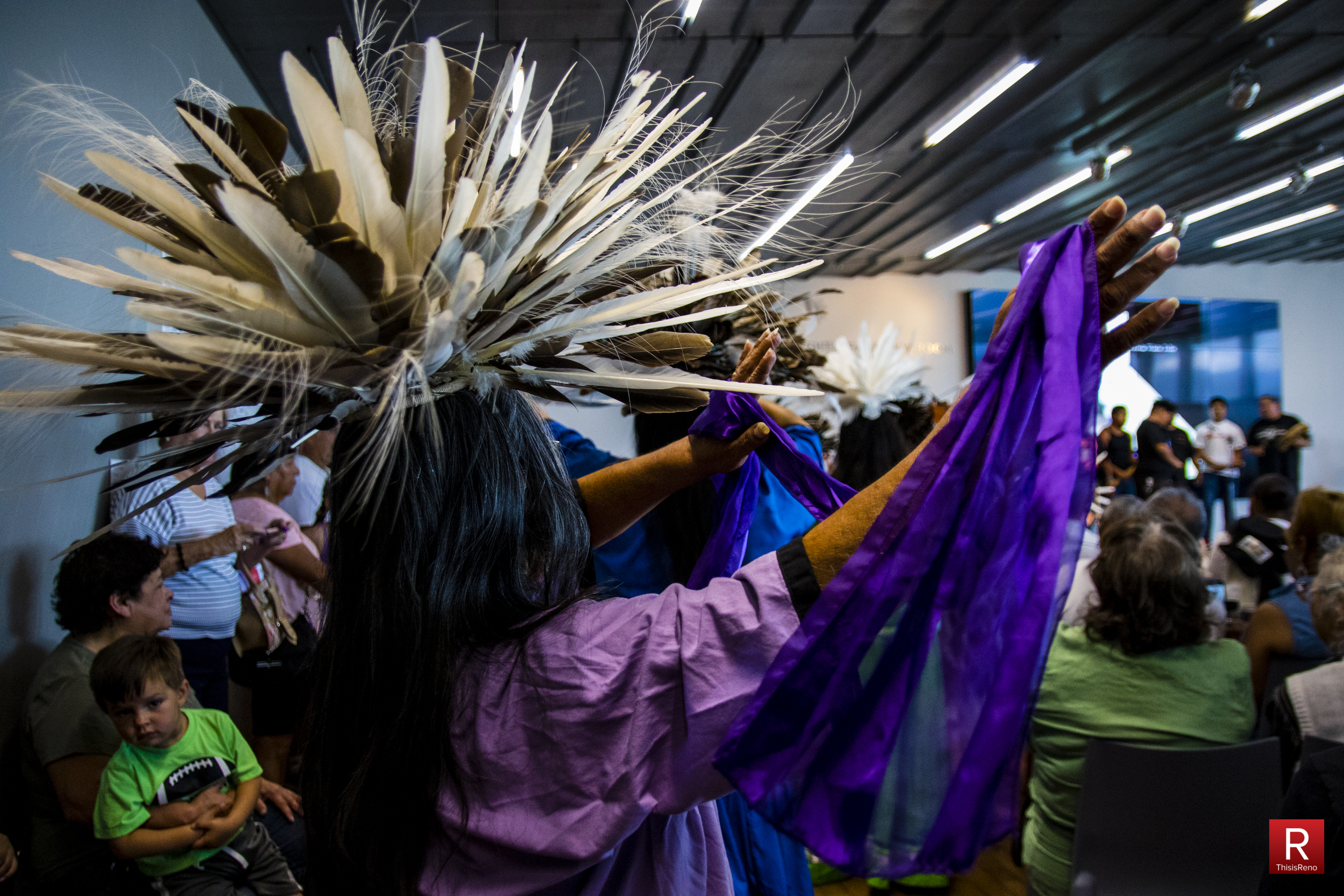 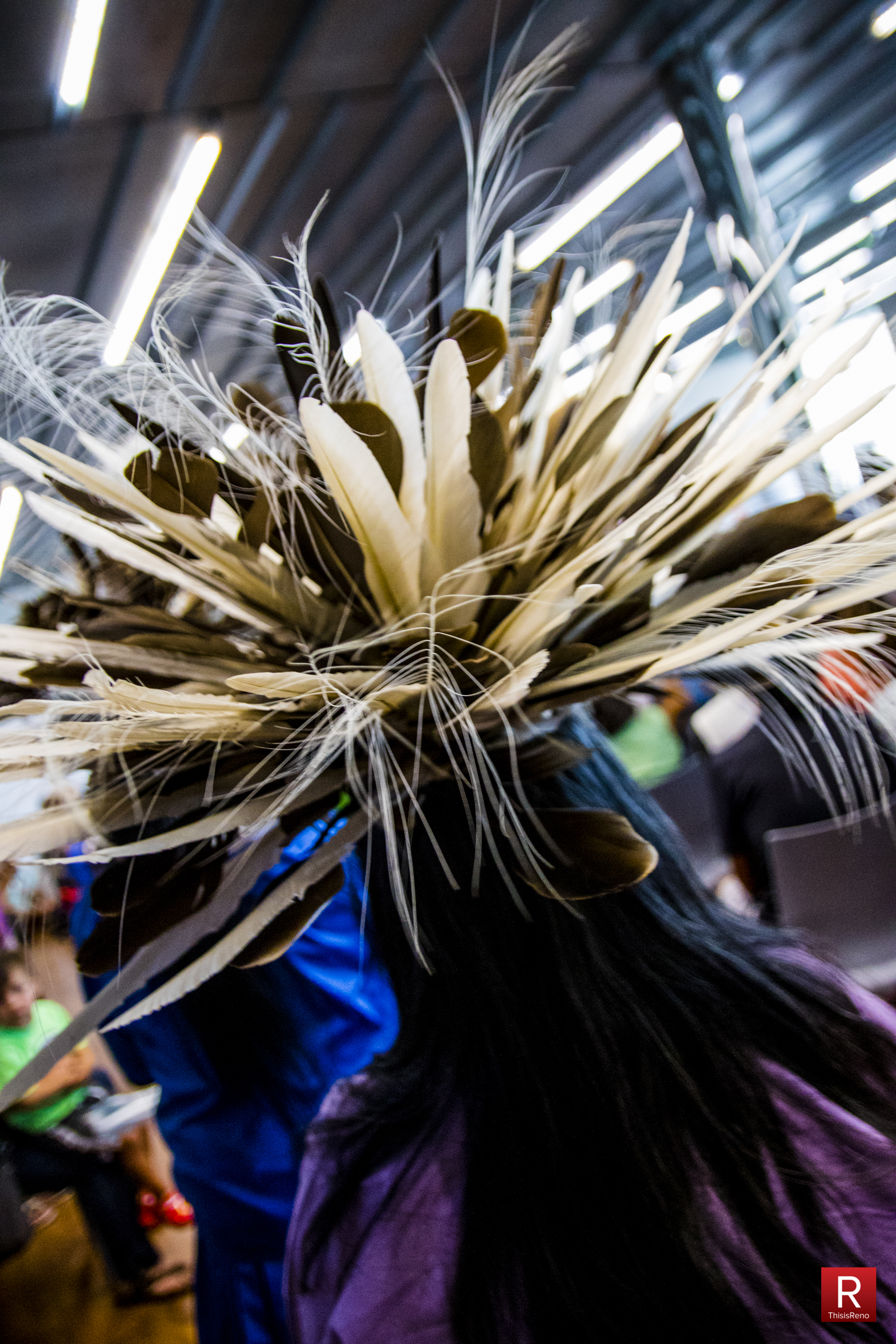 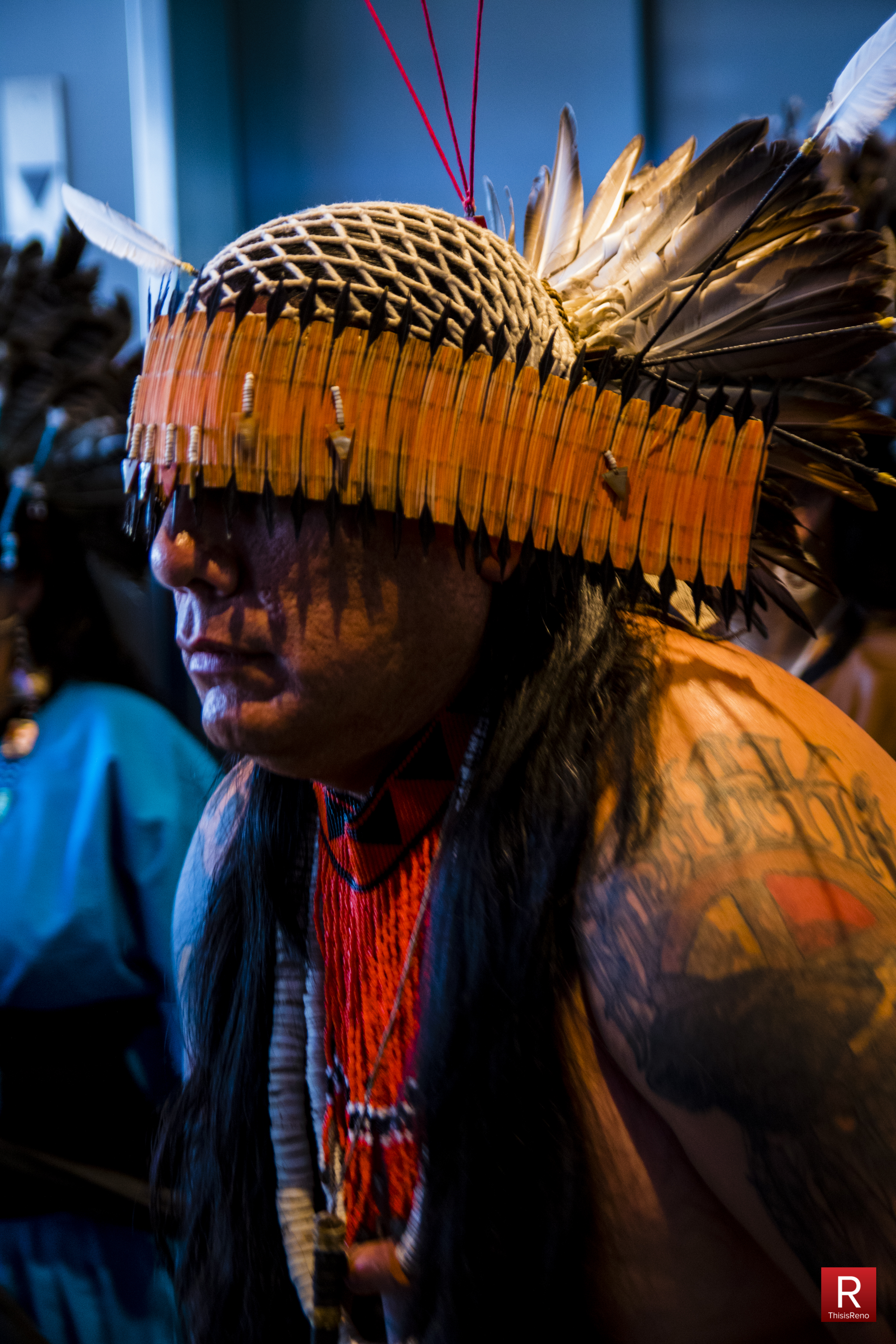 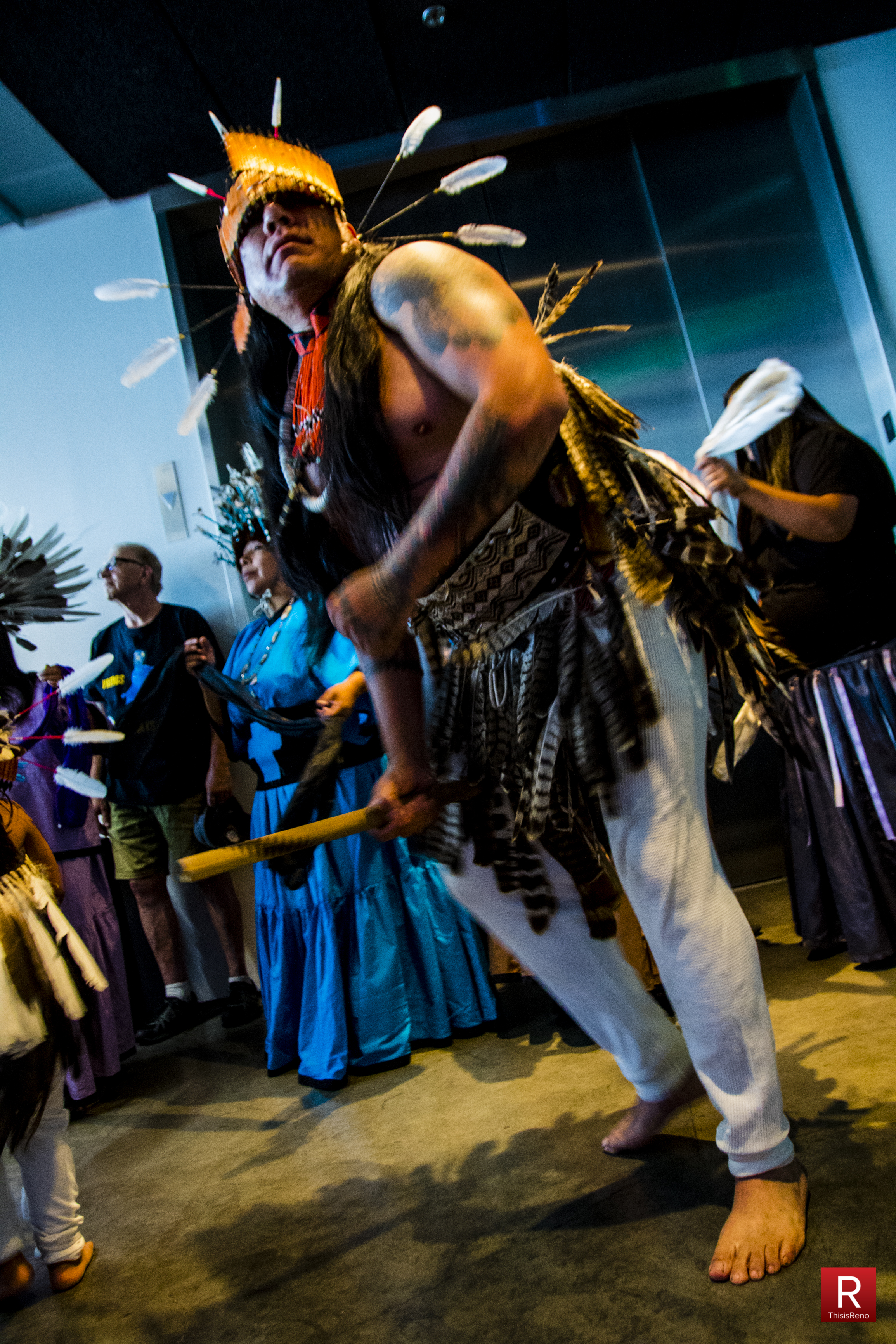 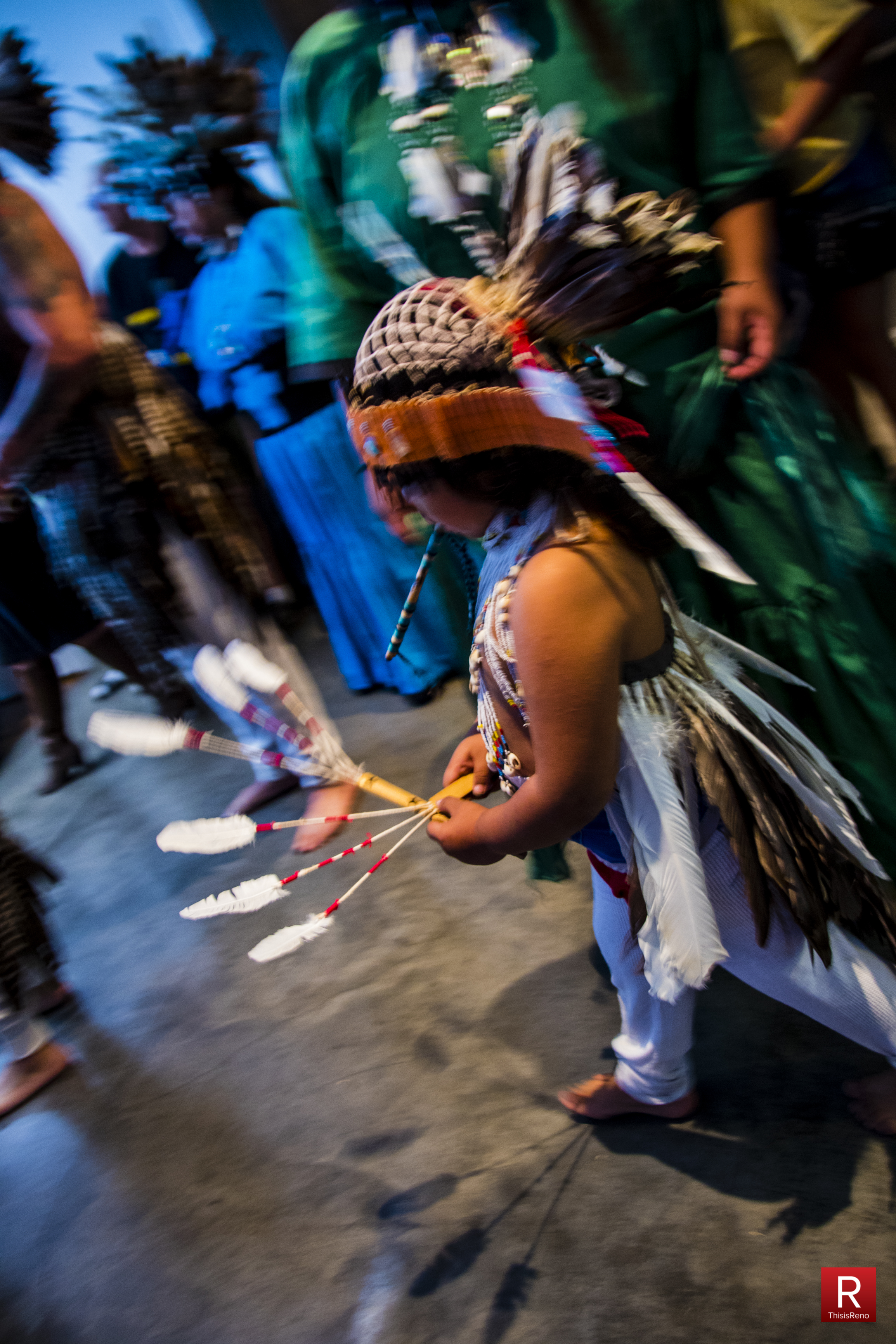 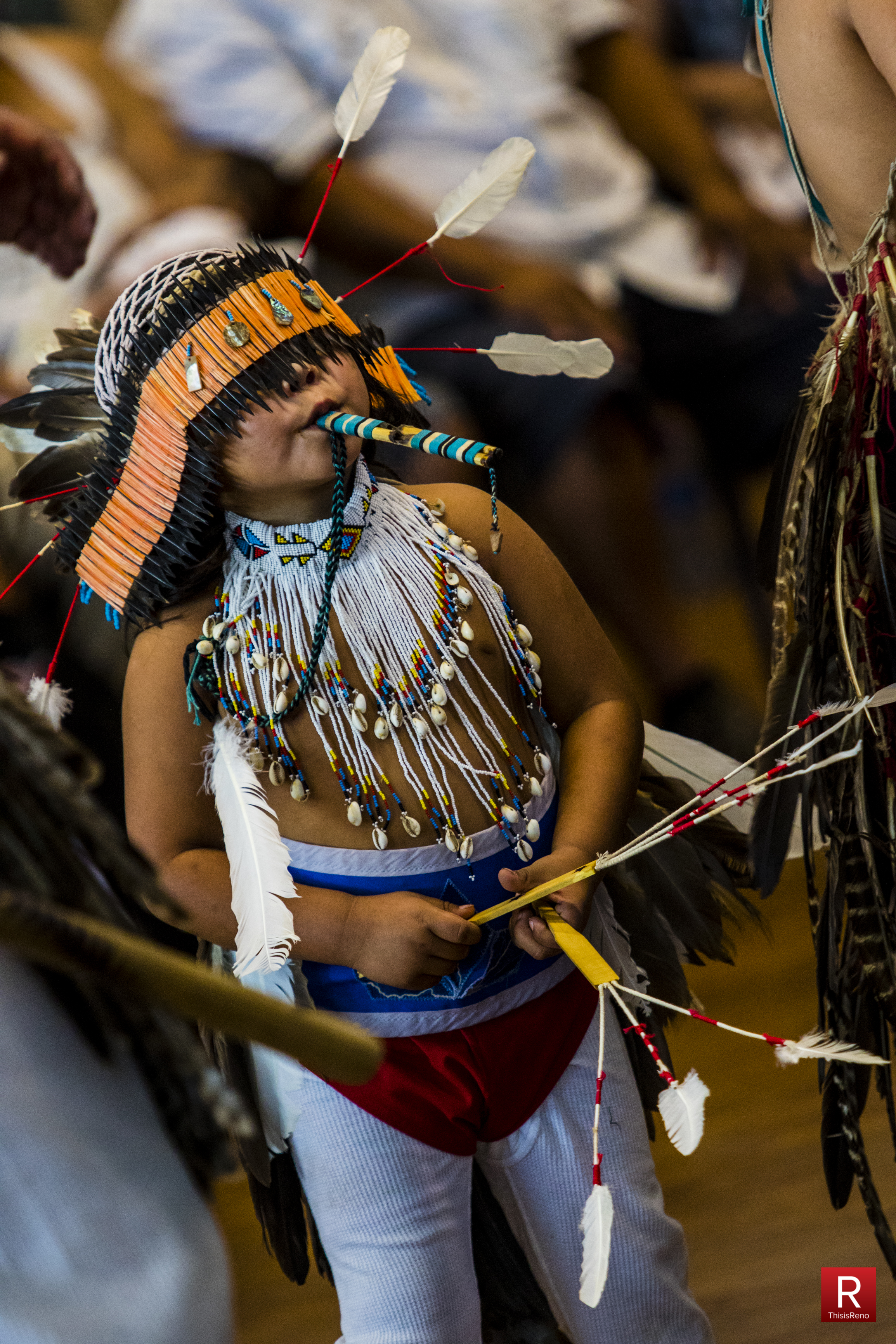 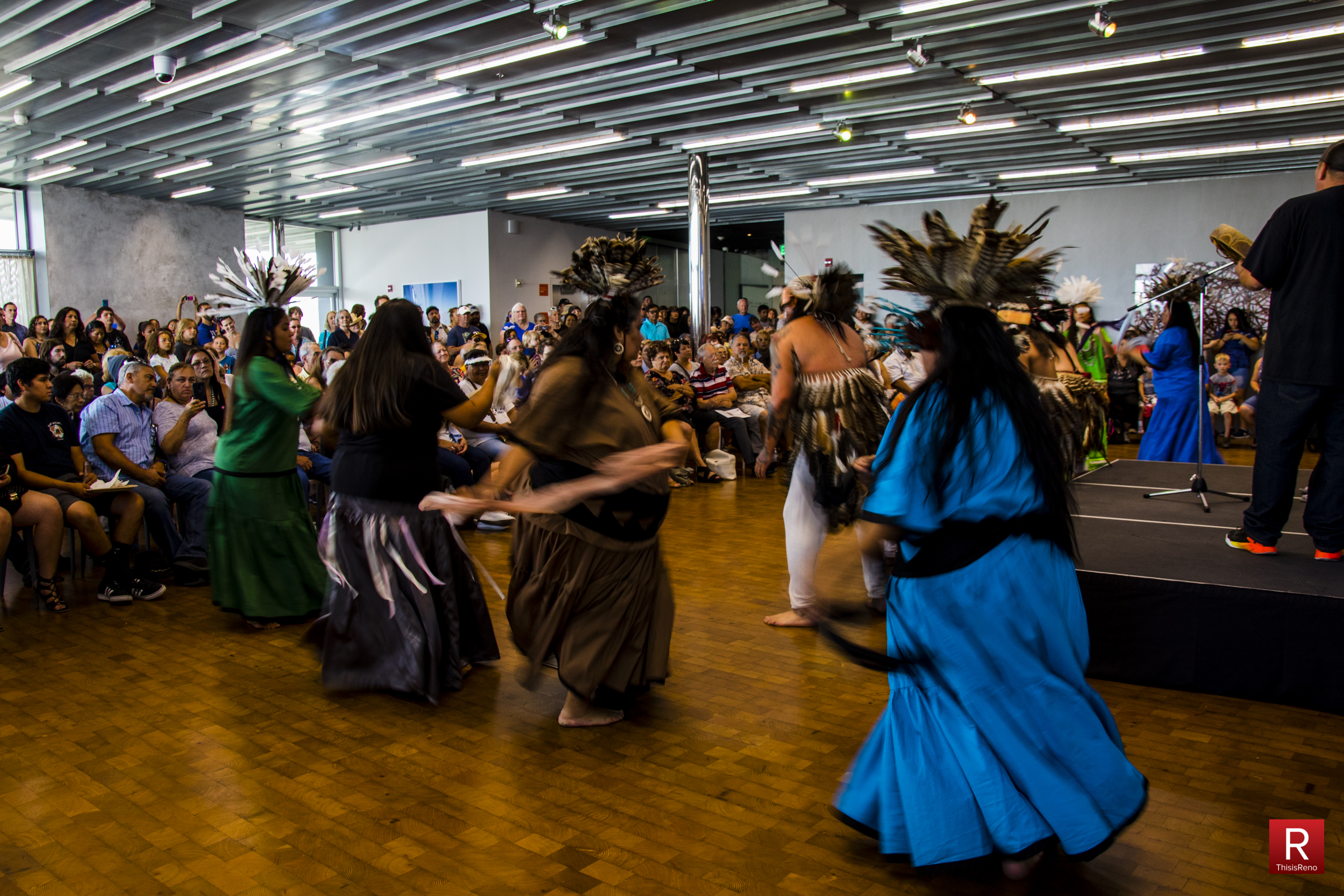 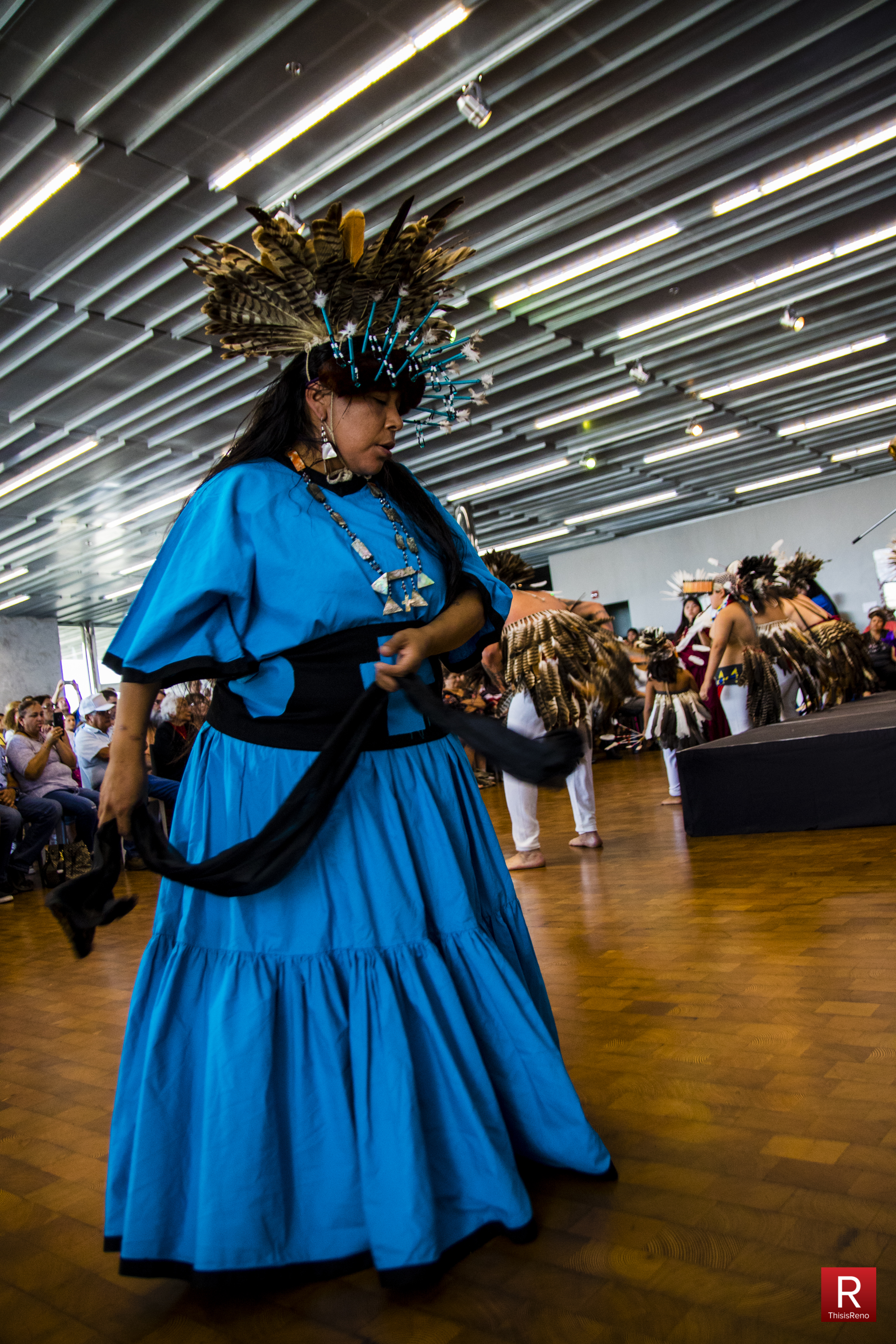 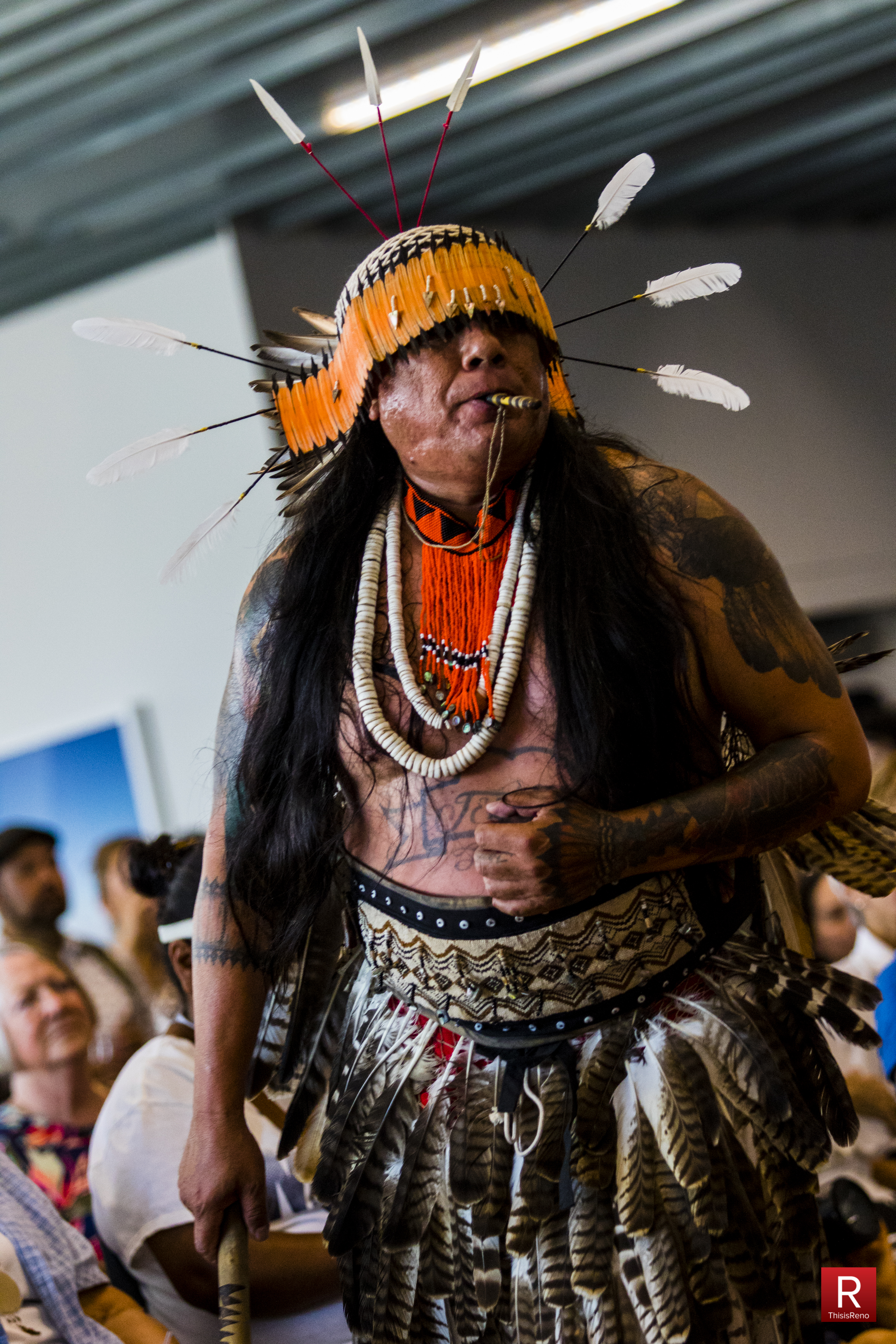 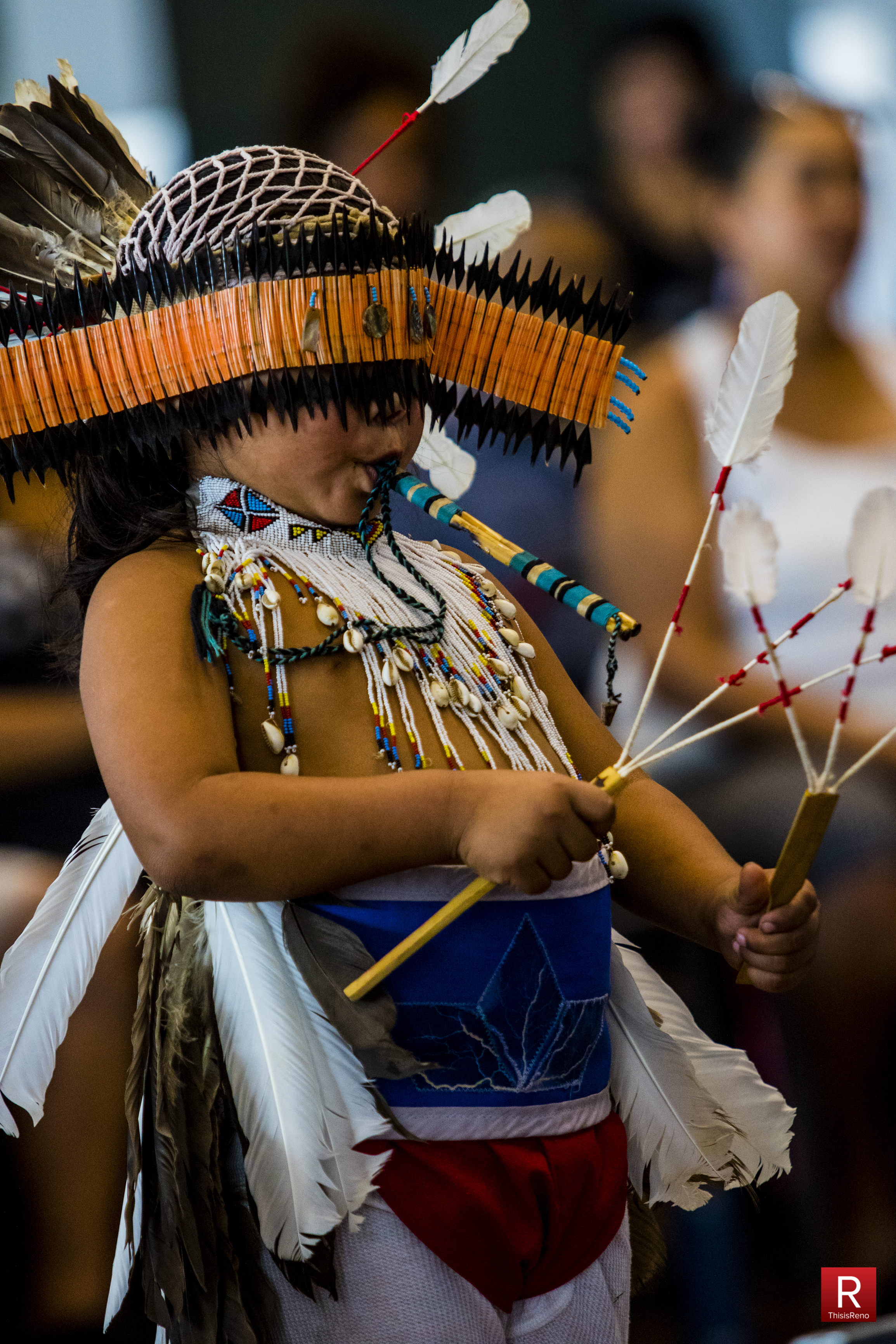 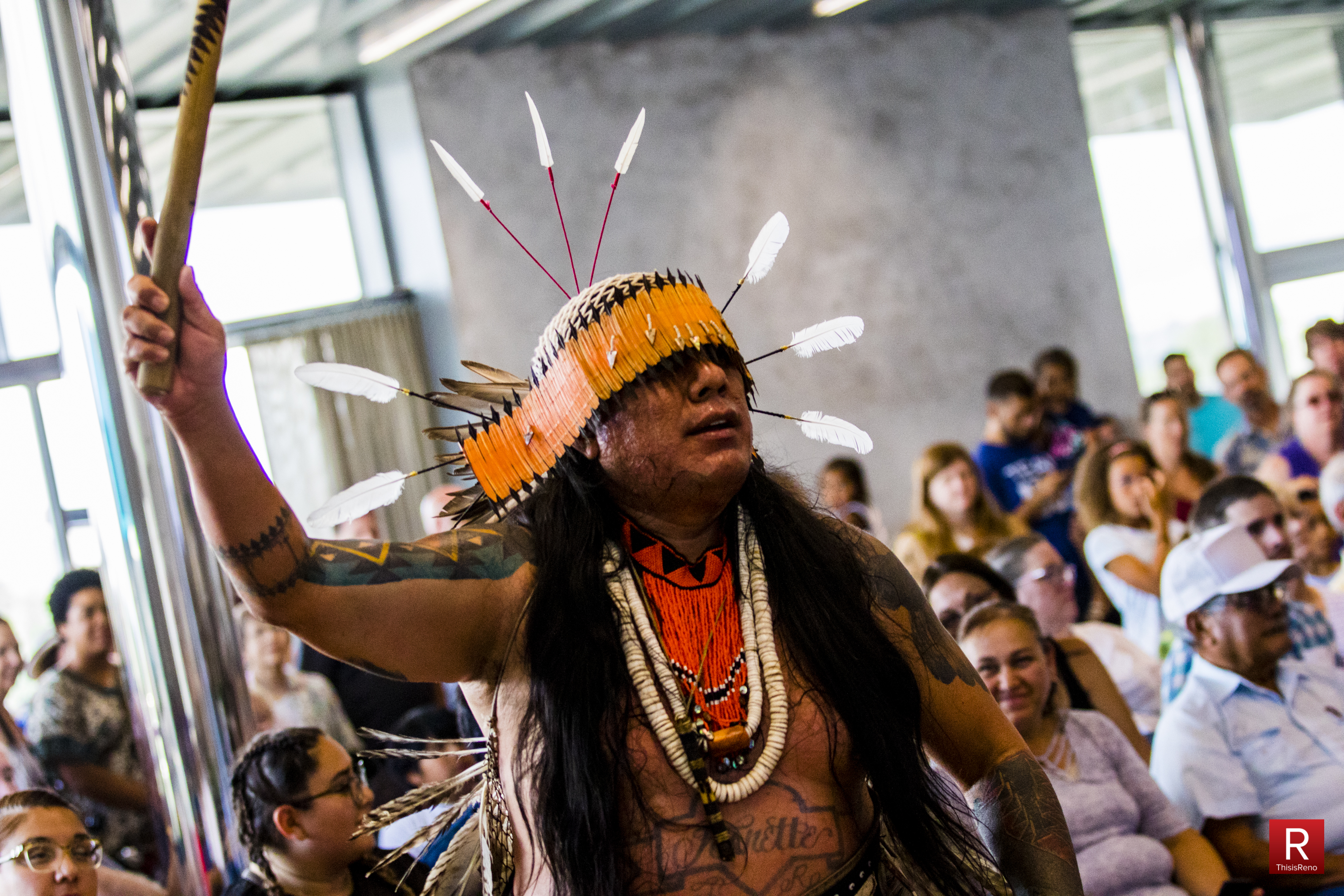 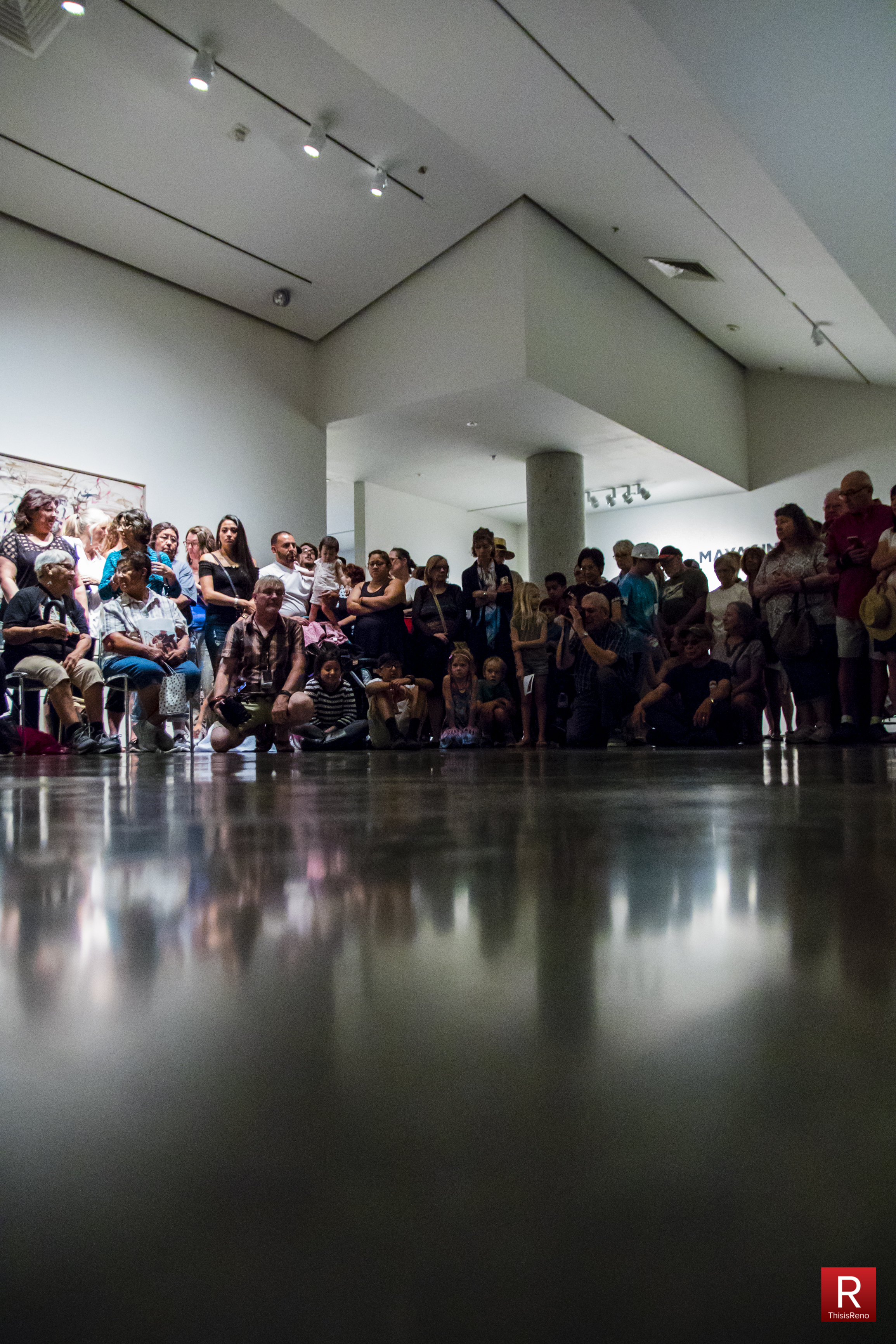 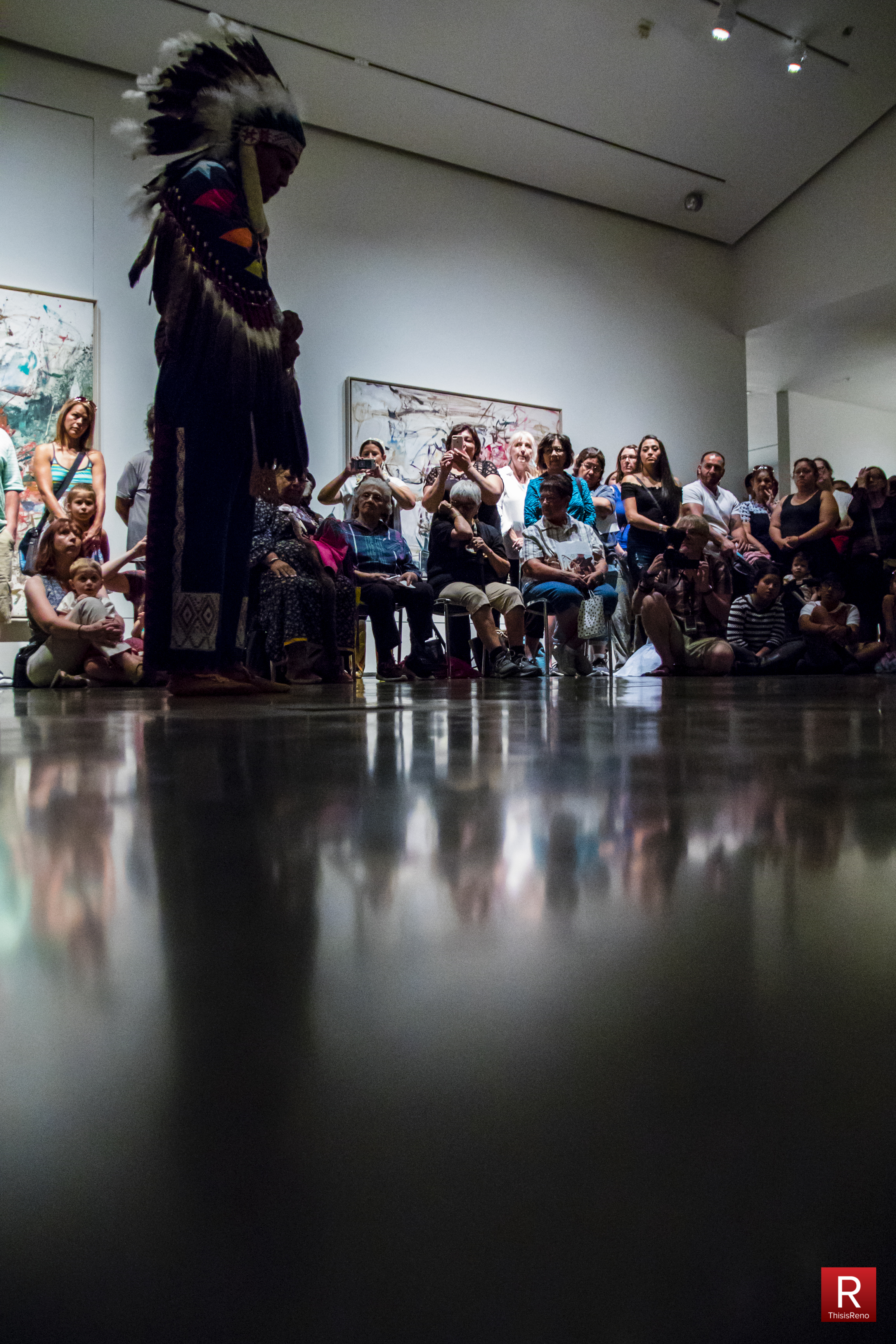 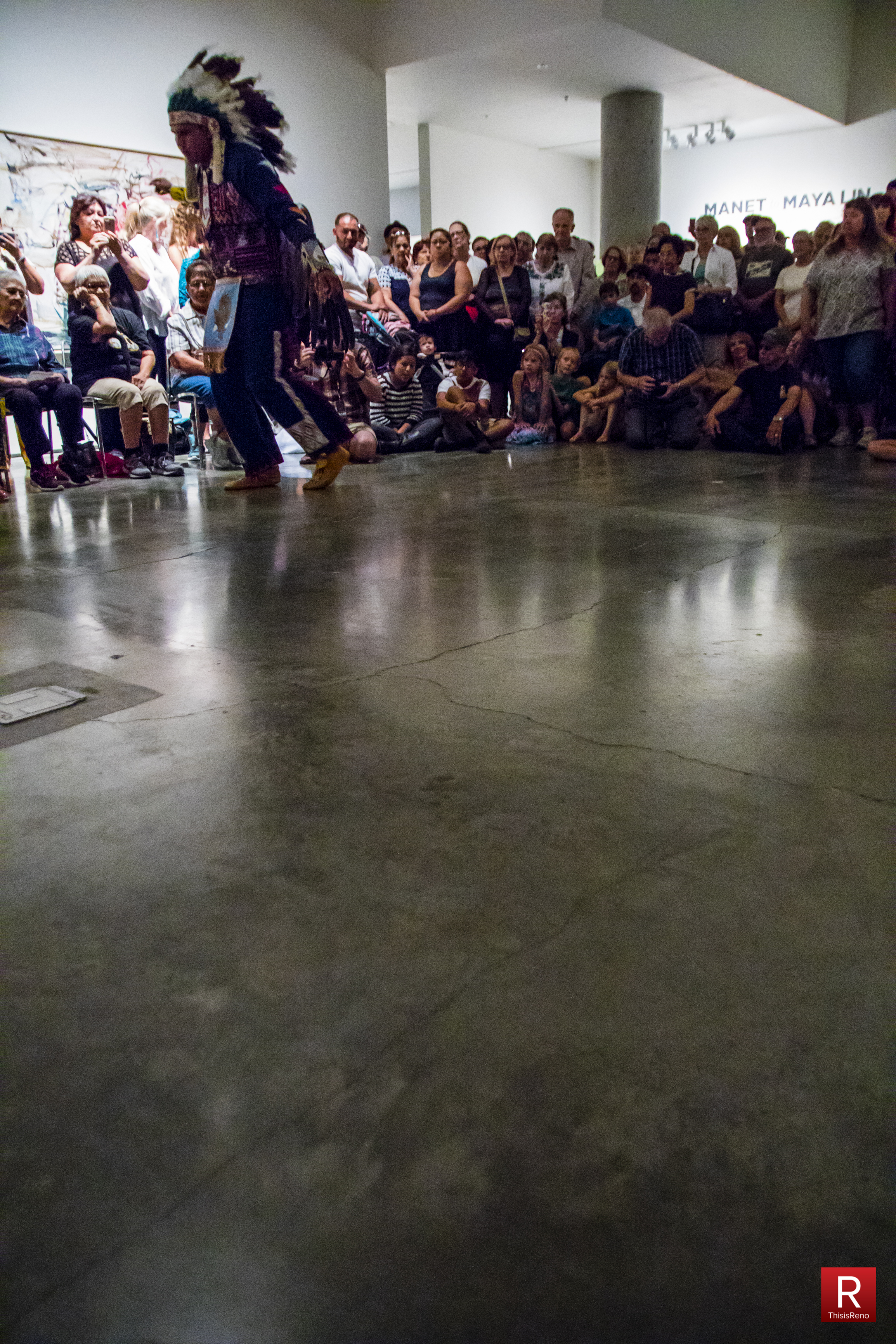 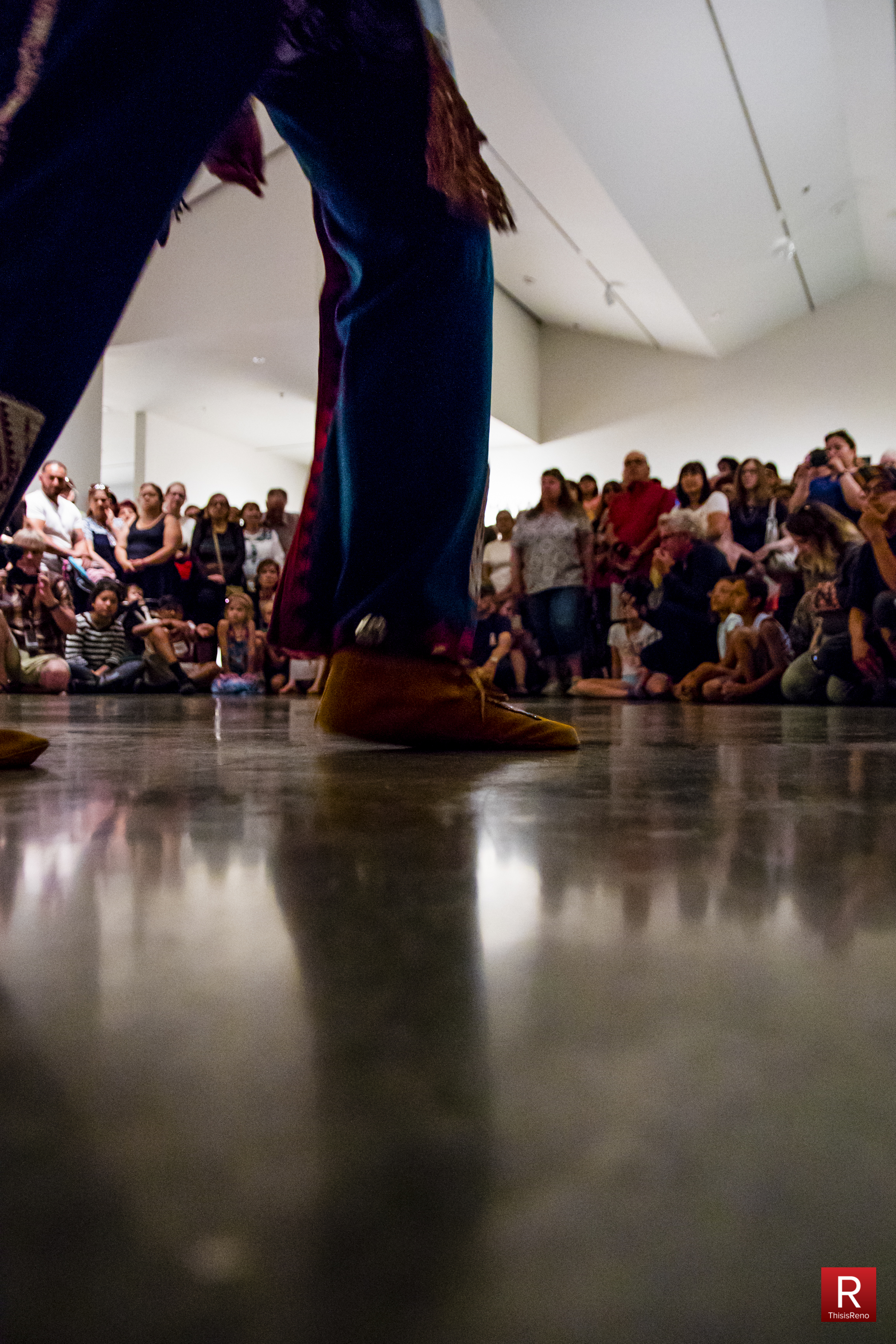 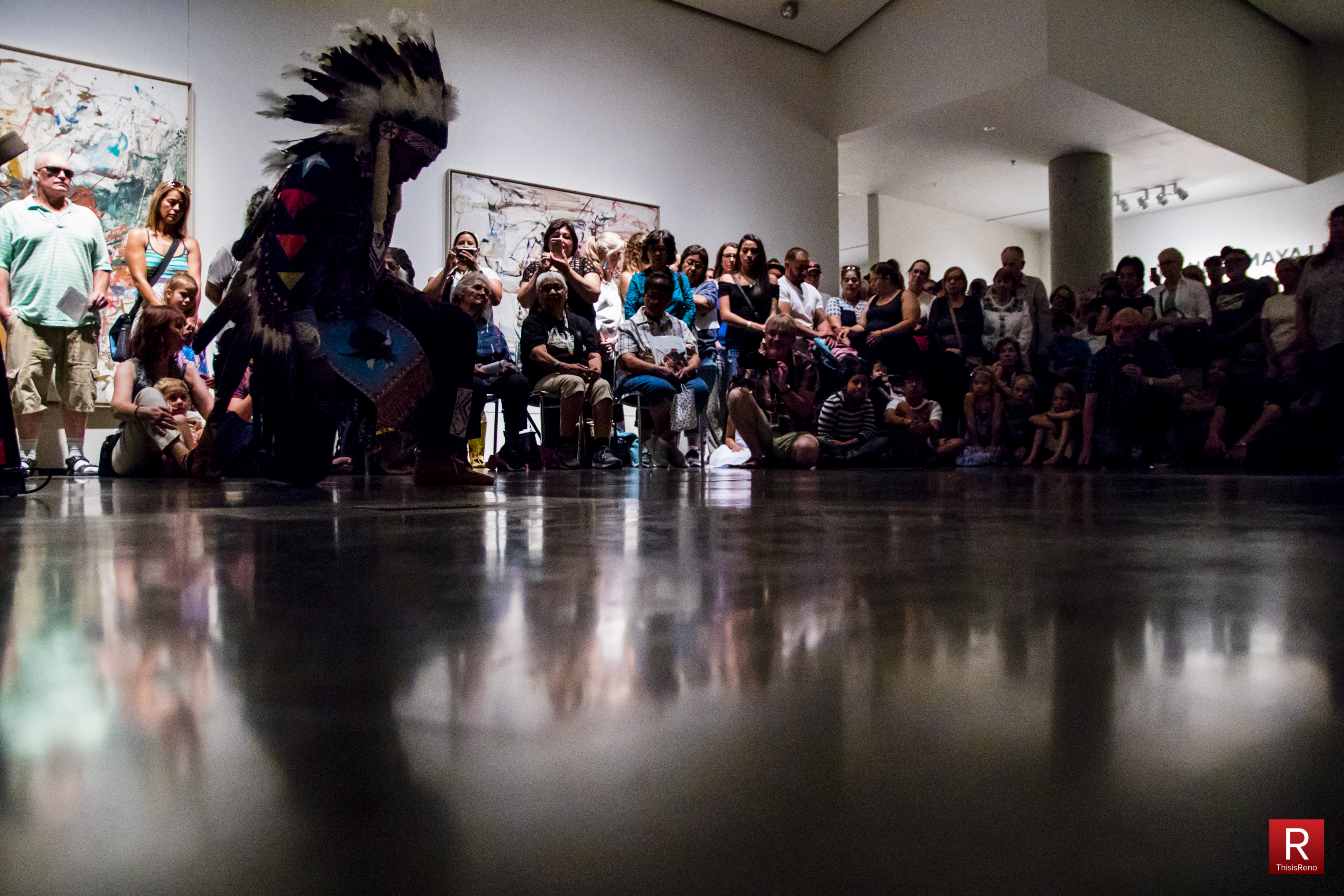 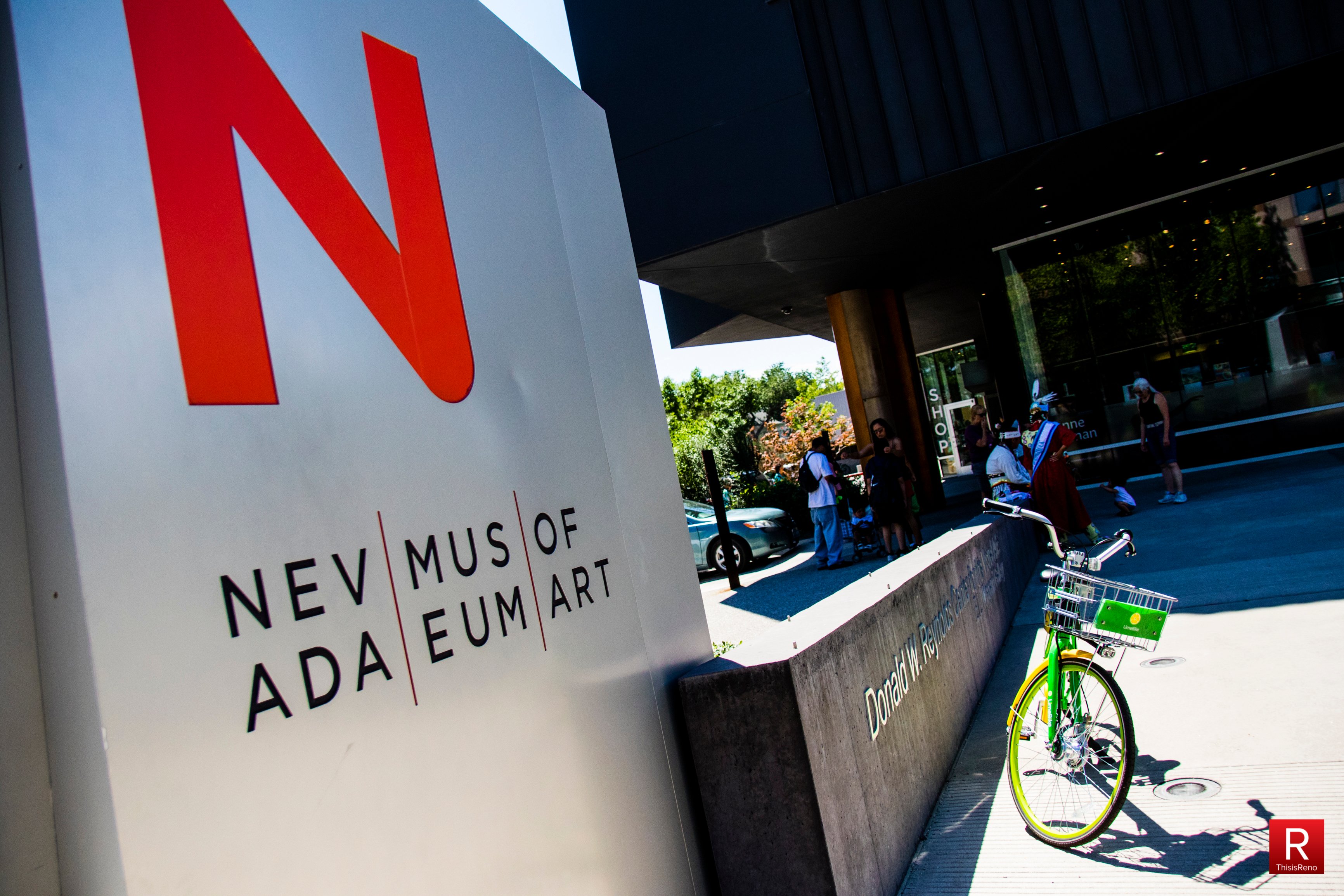 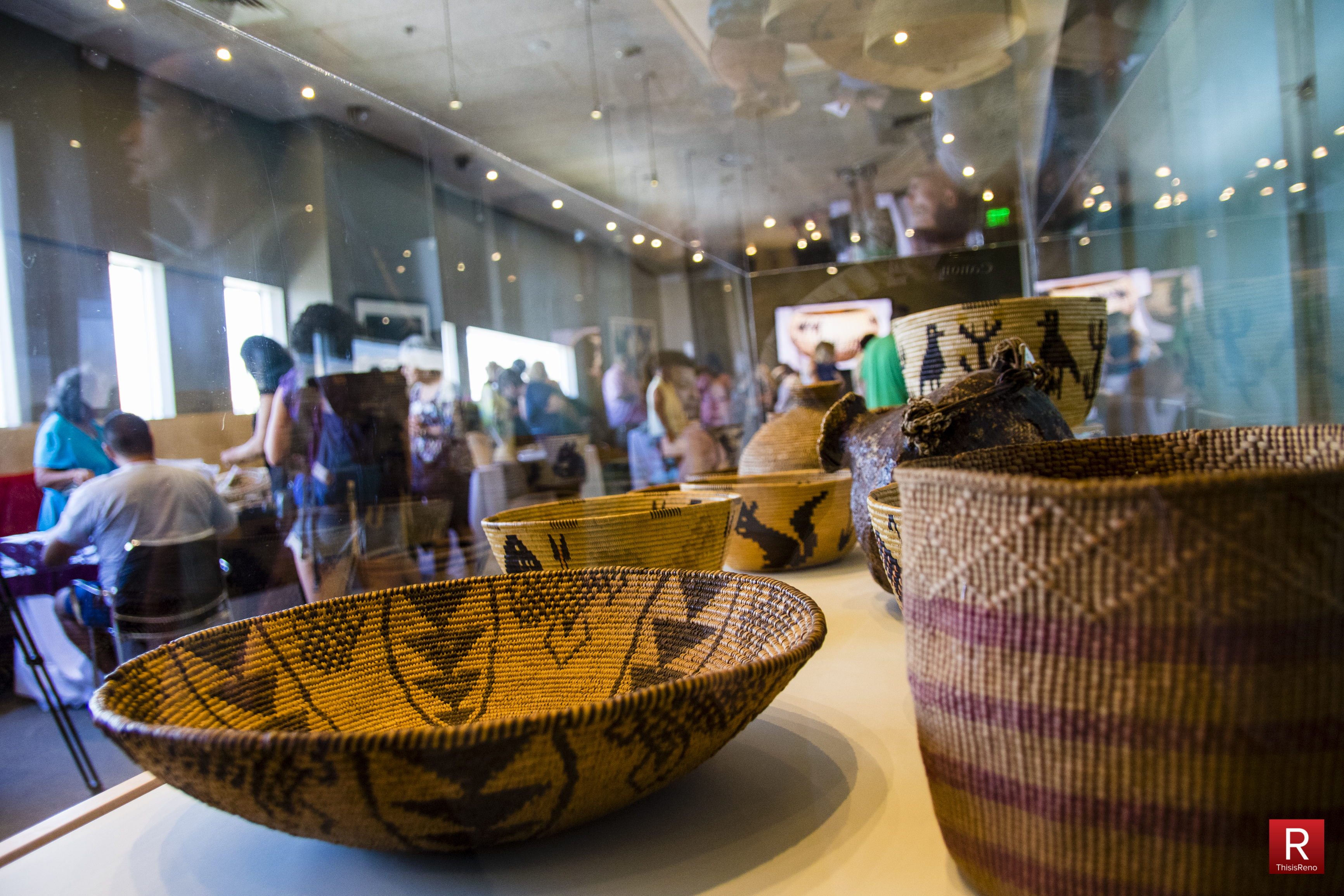 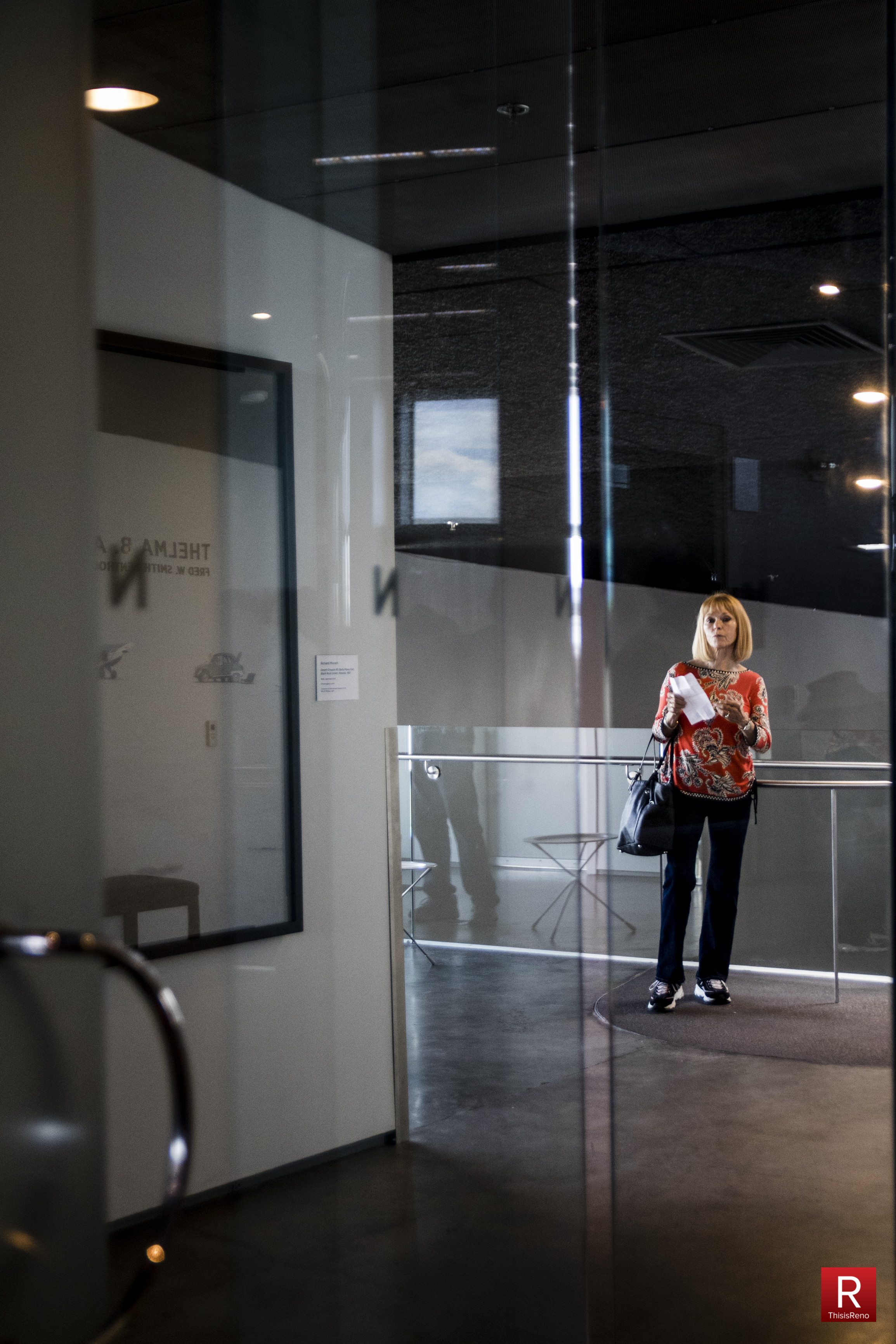 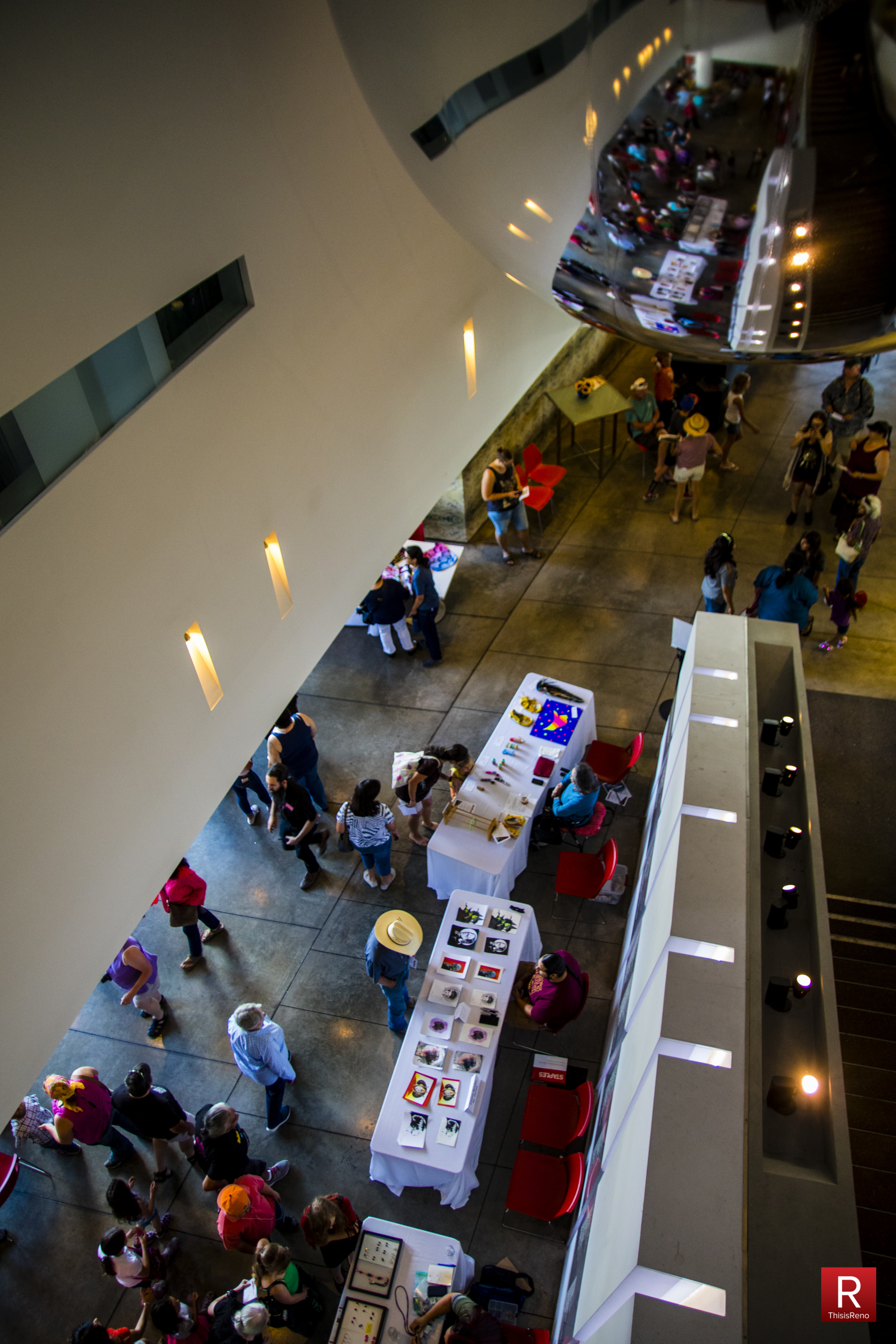 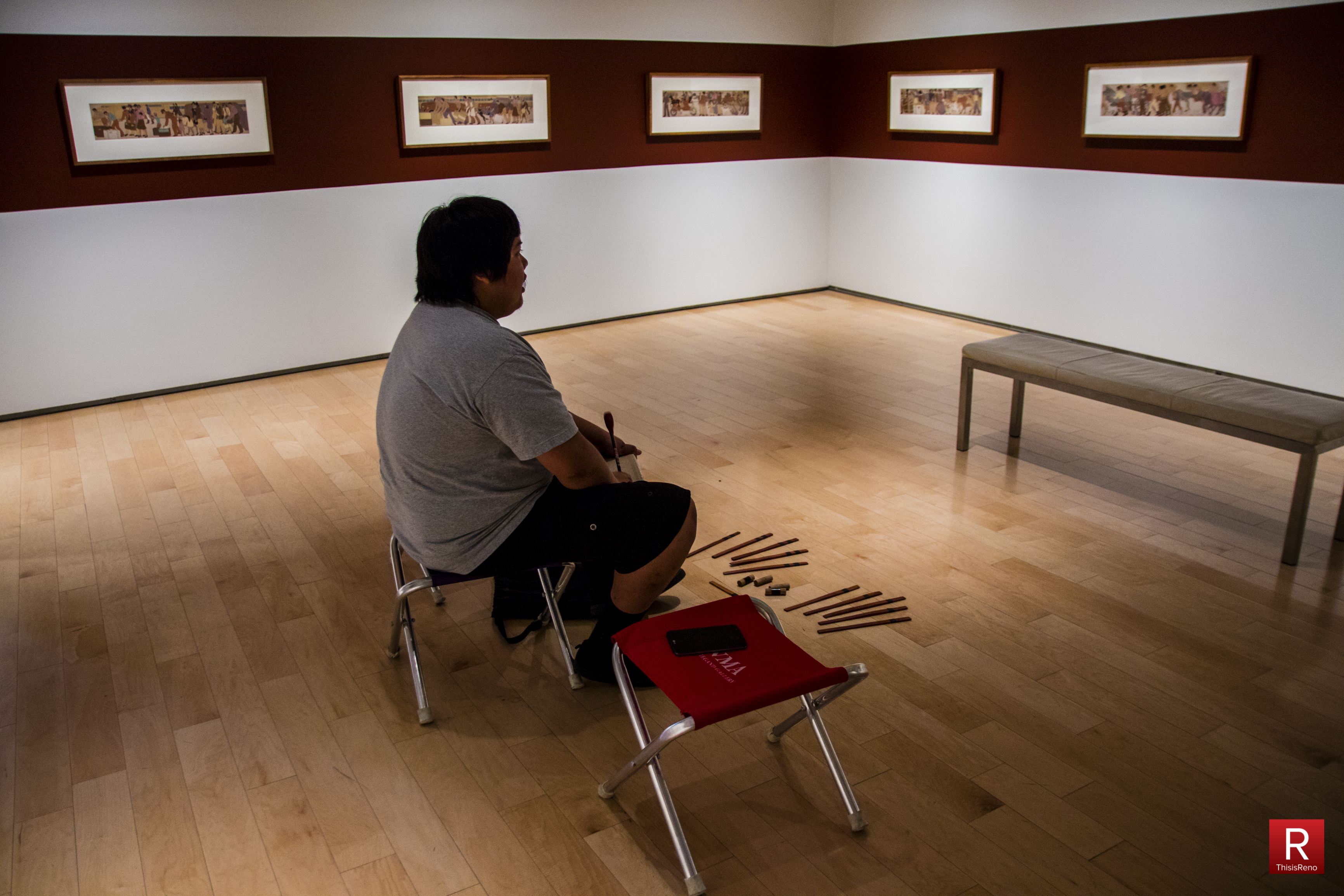 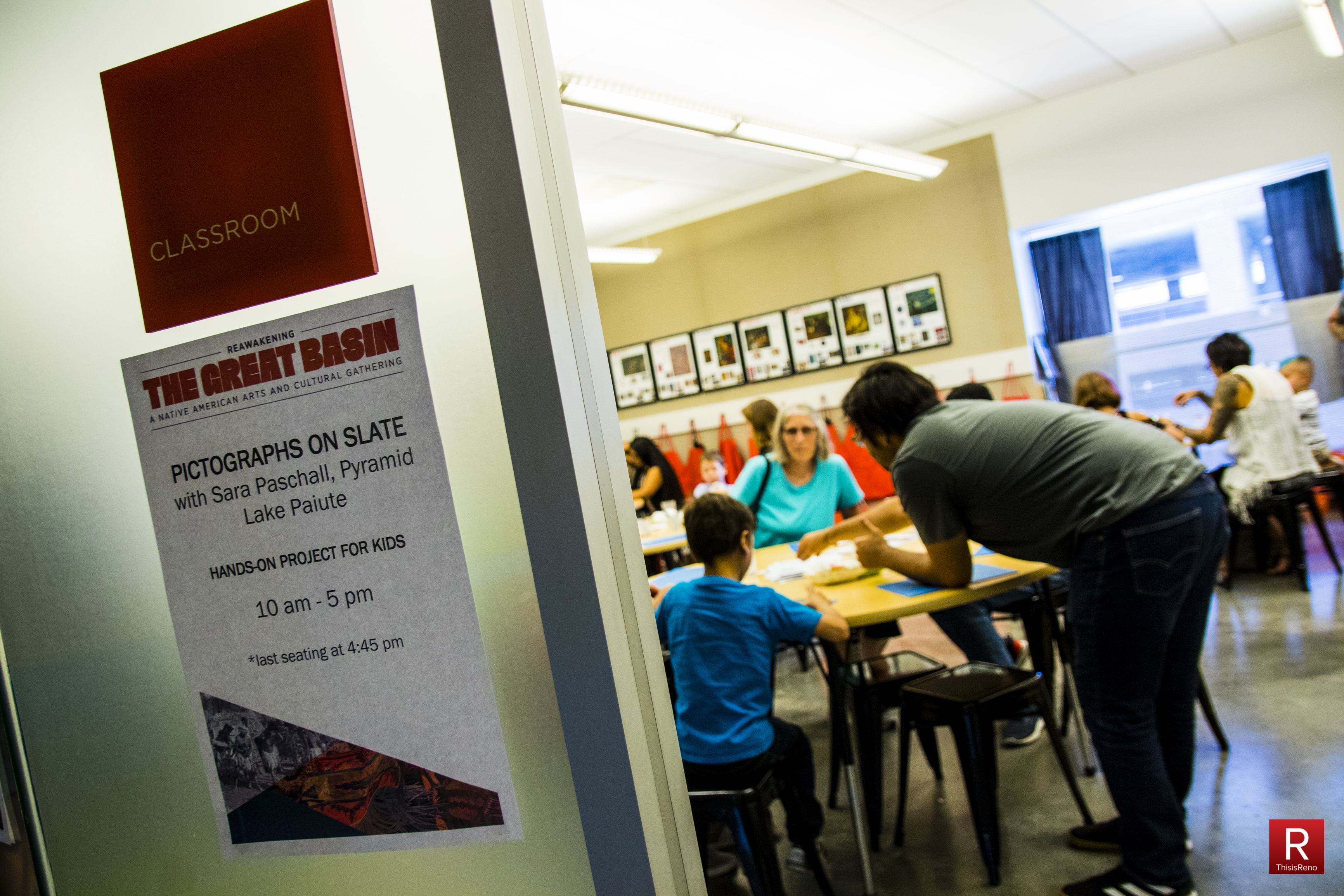 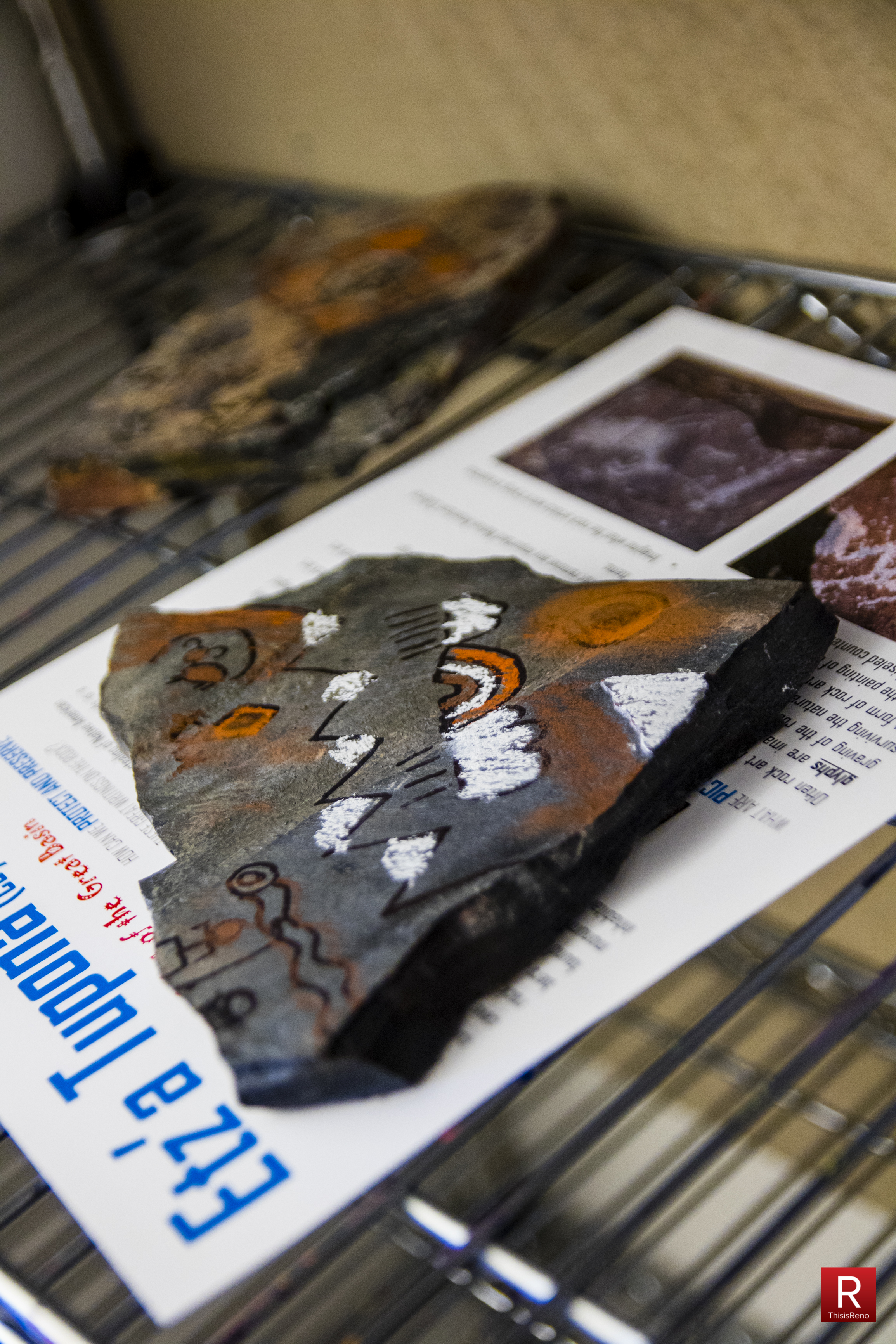 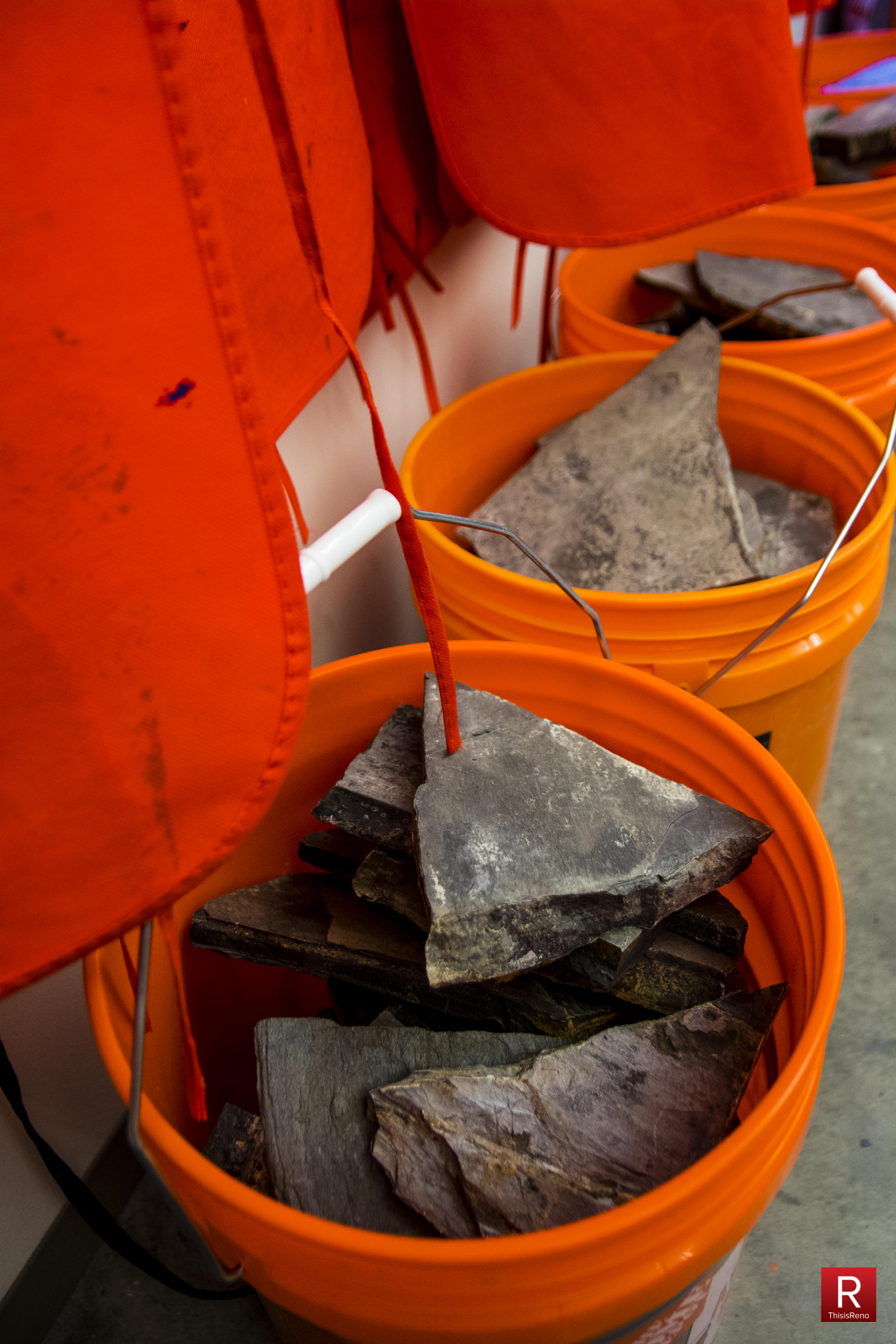 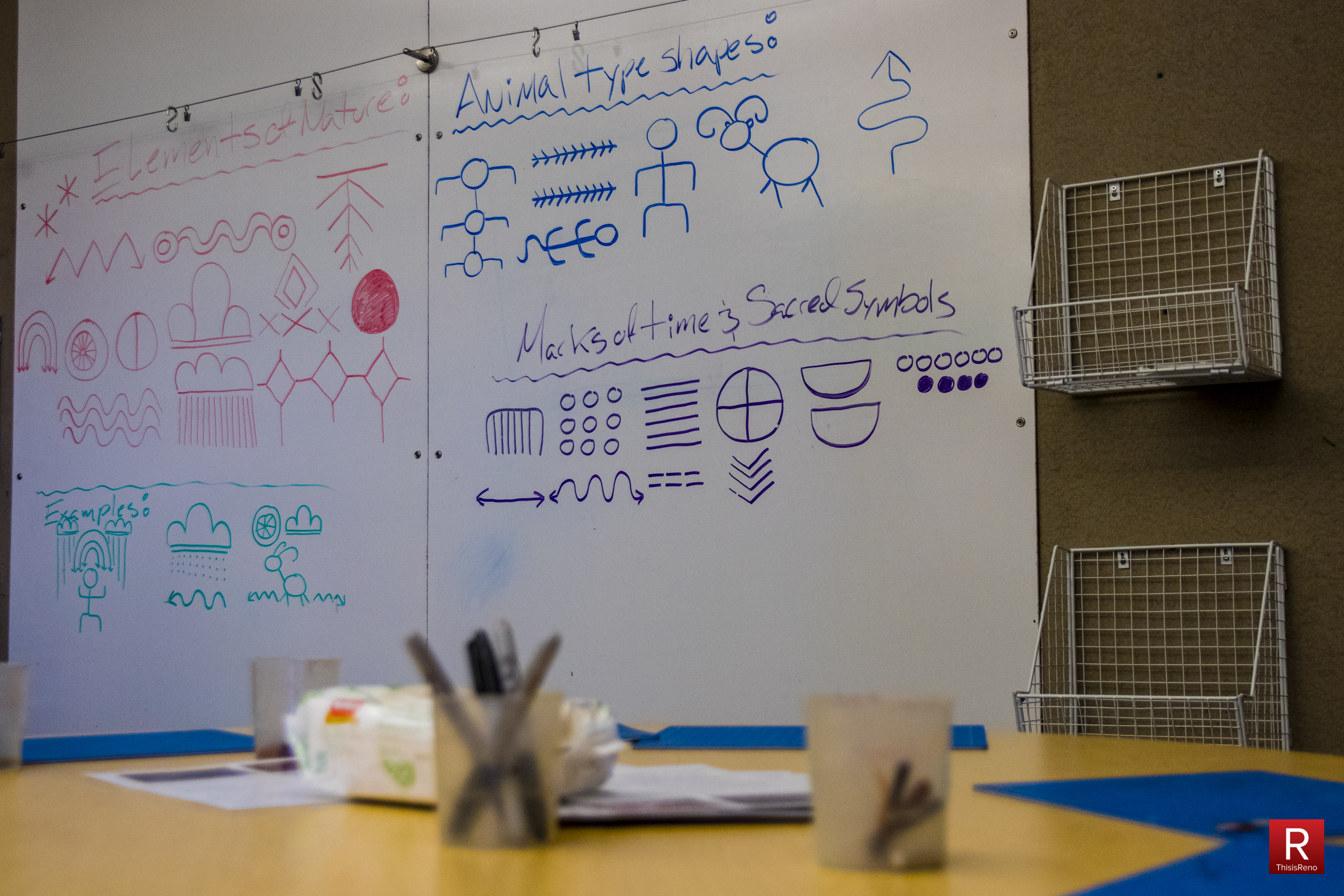 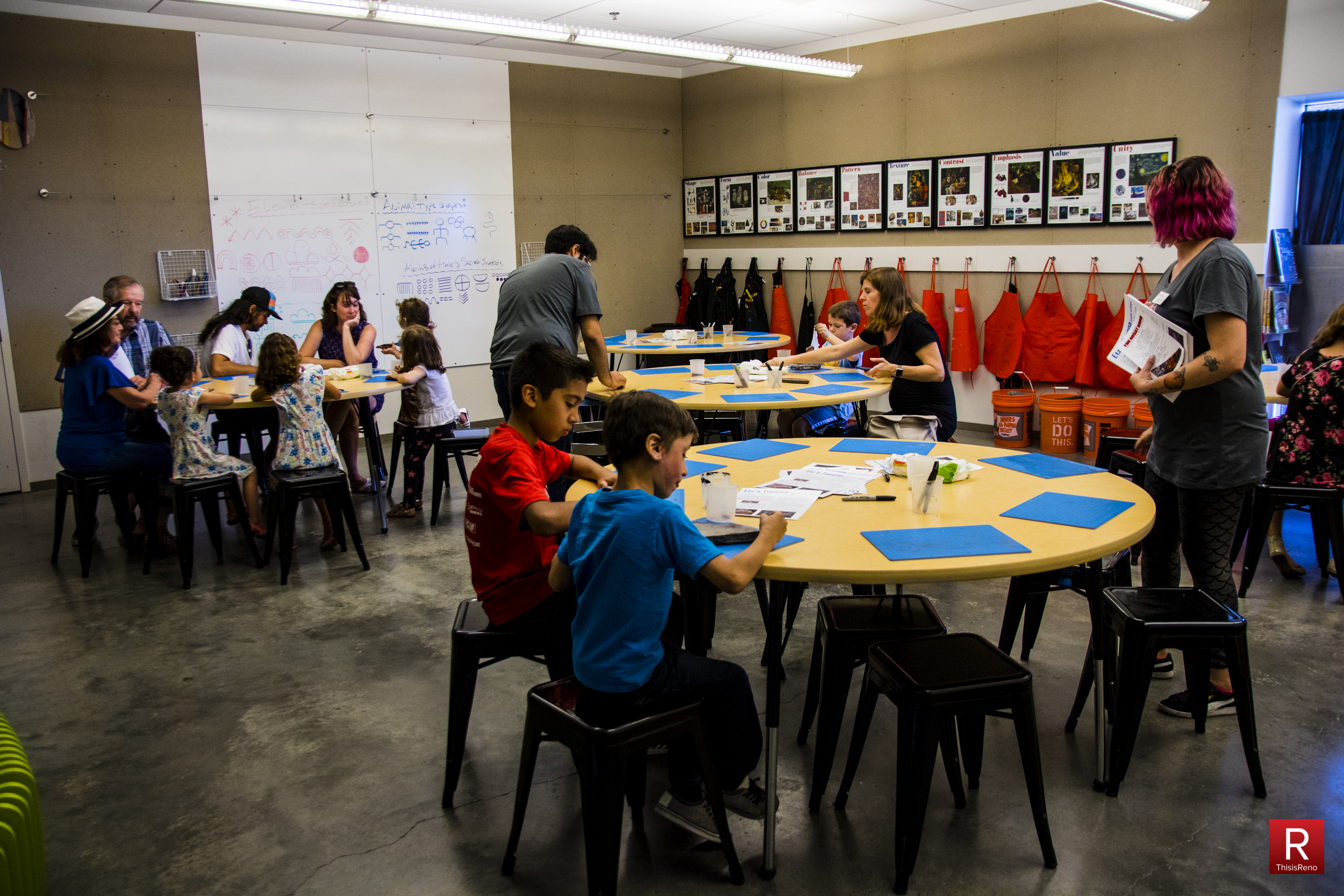 Tribe appeals to archeological firm to stop digging at Thacker...