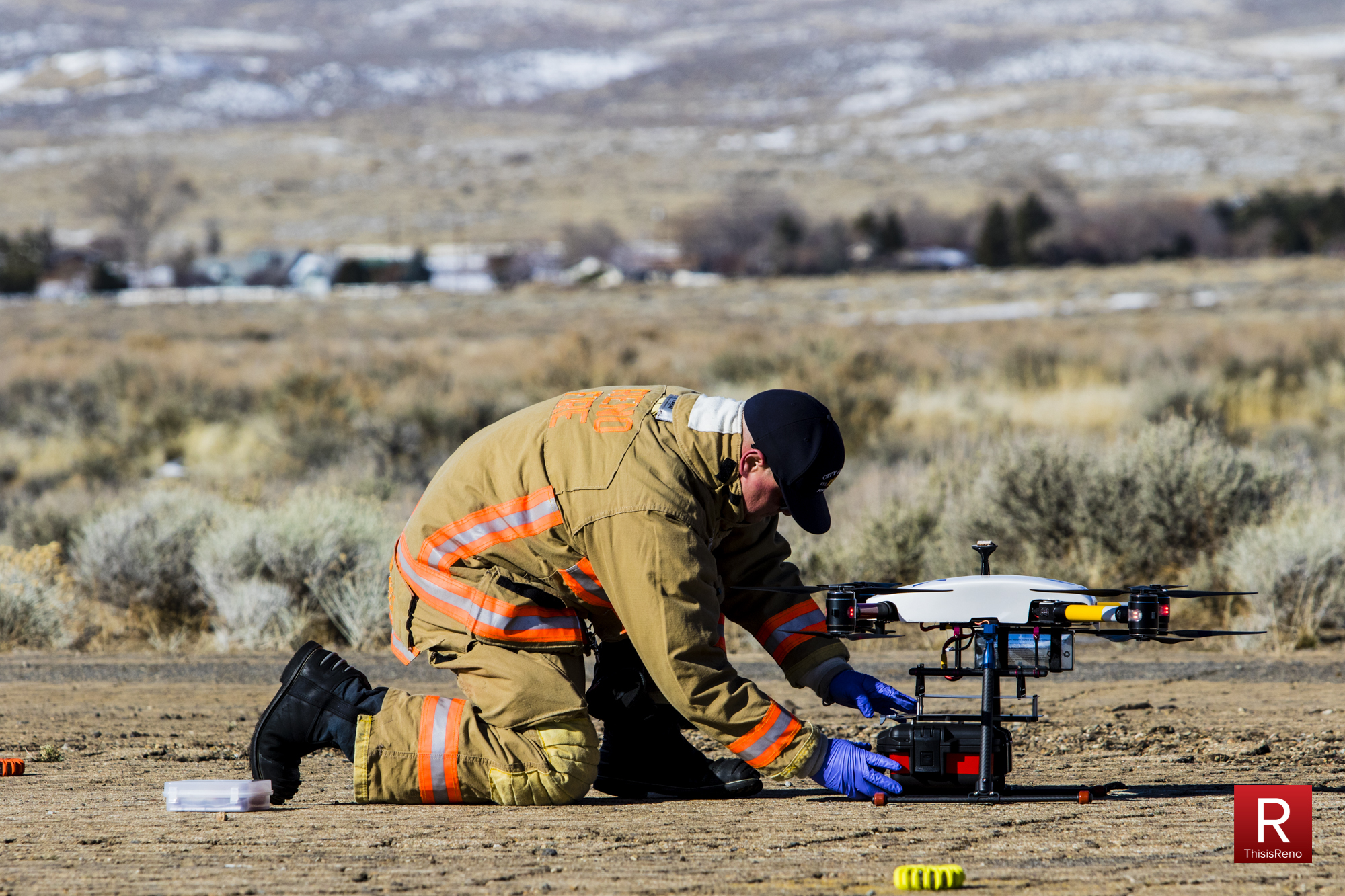 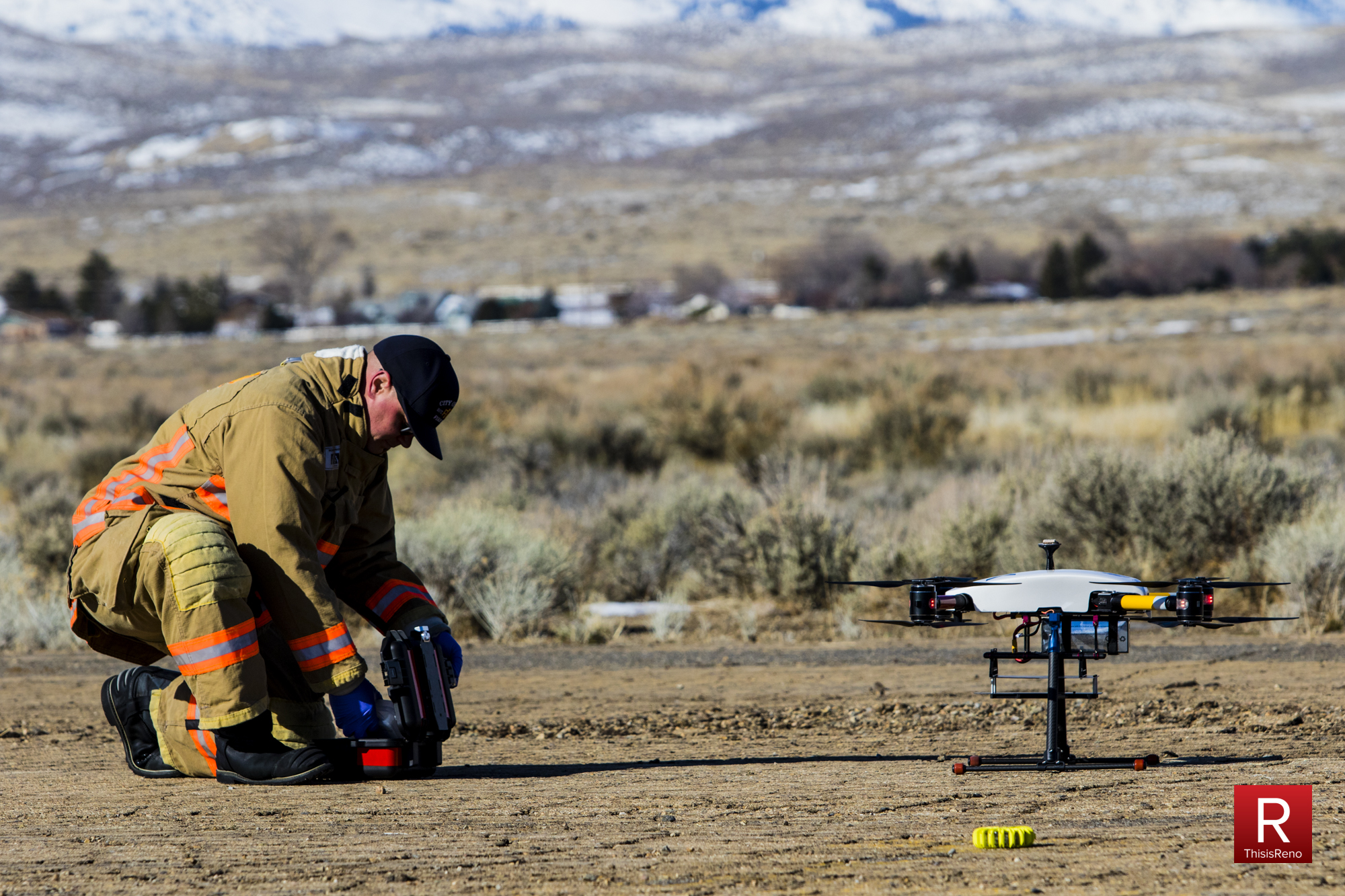 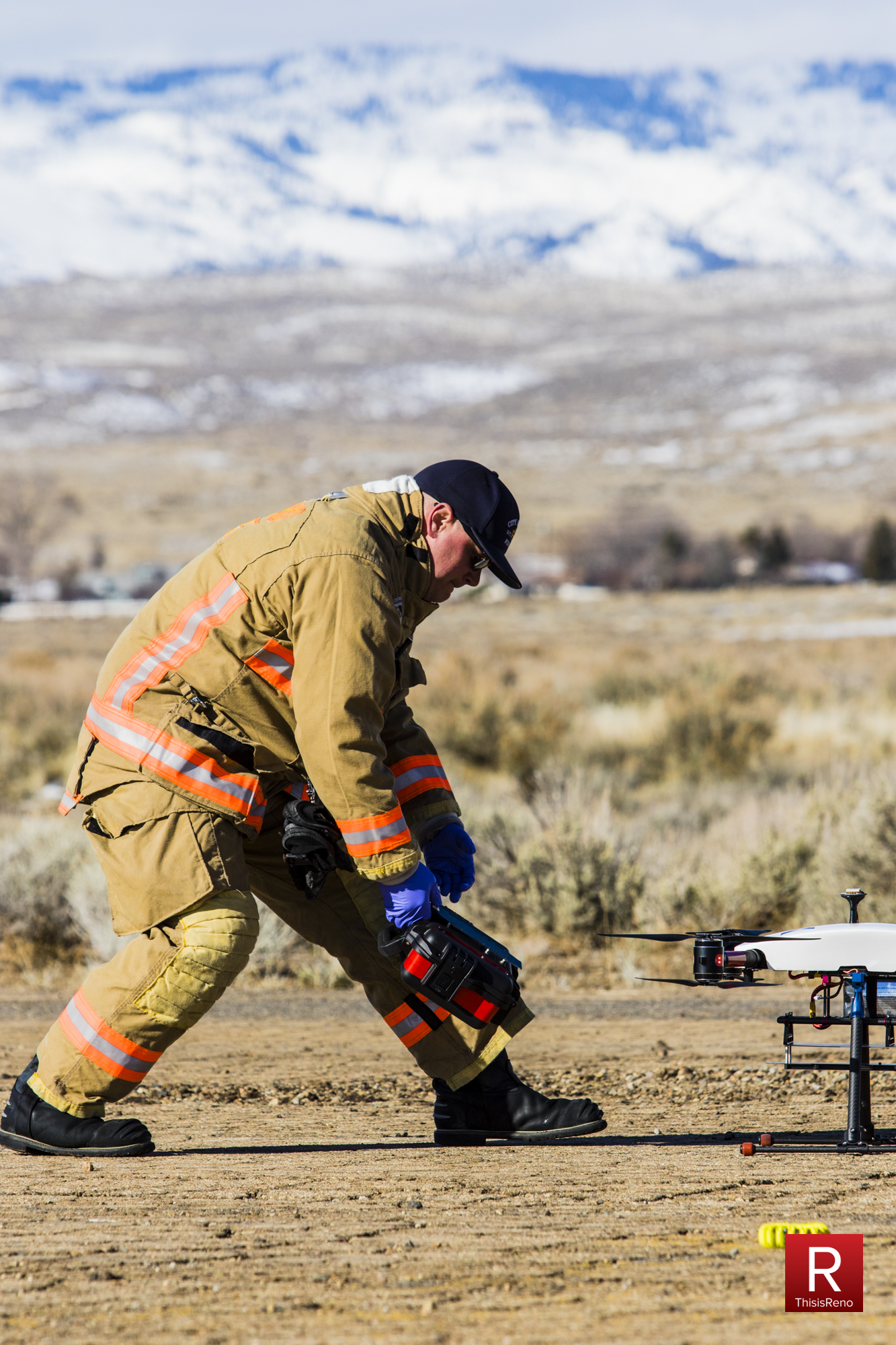 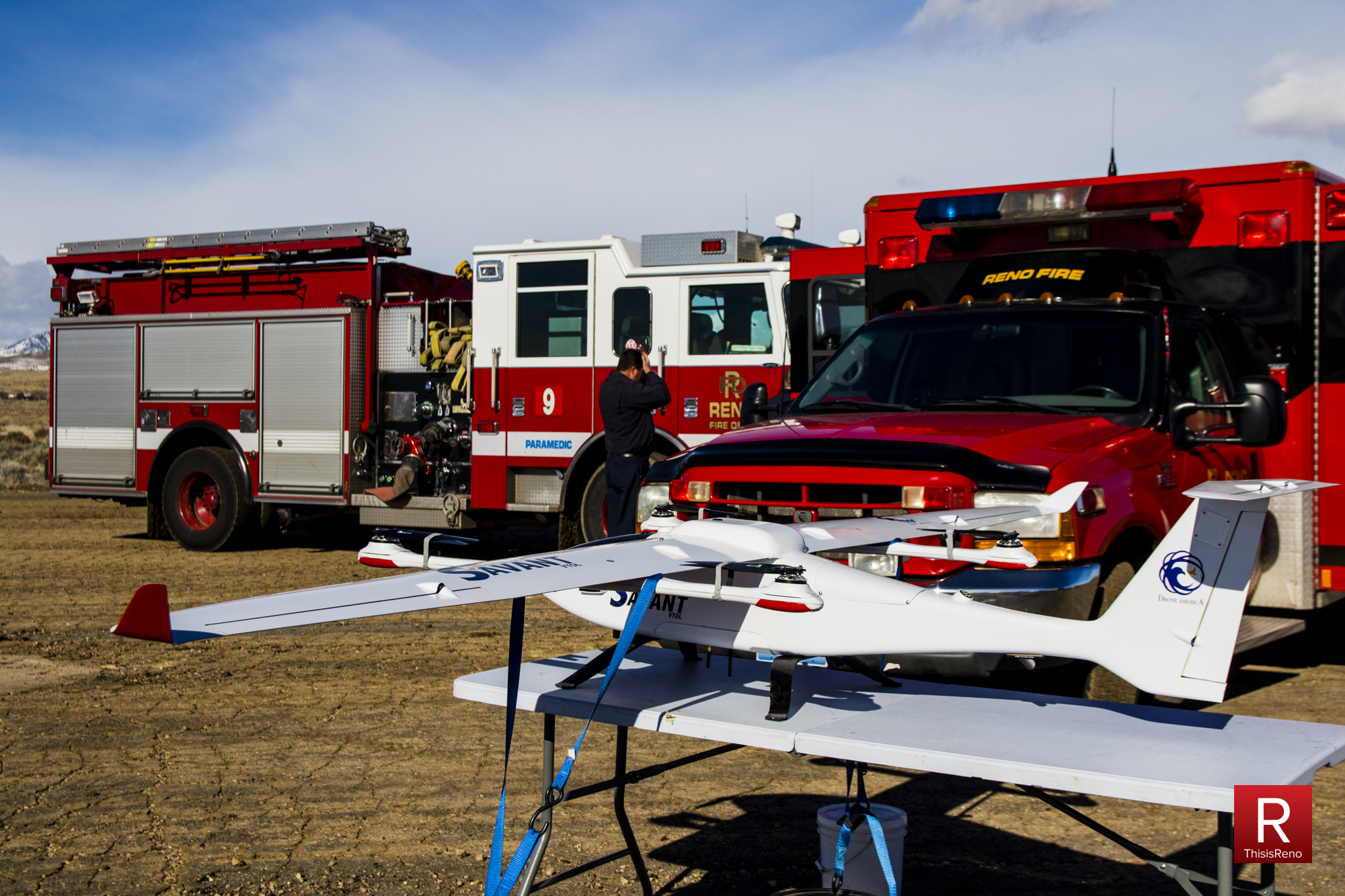 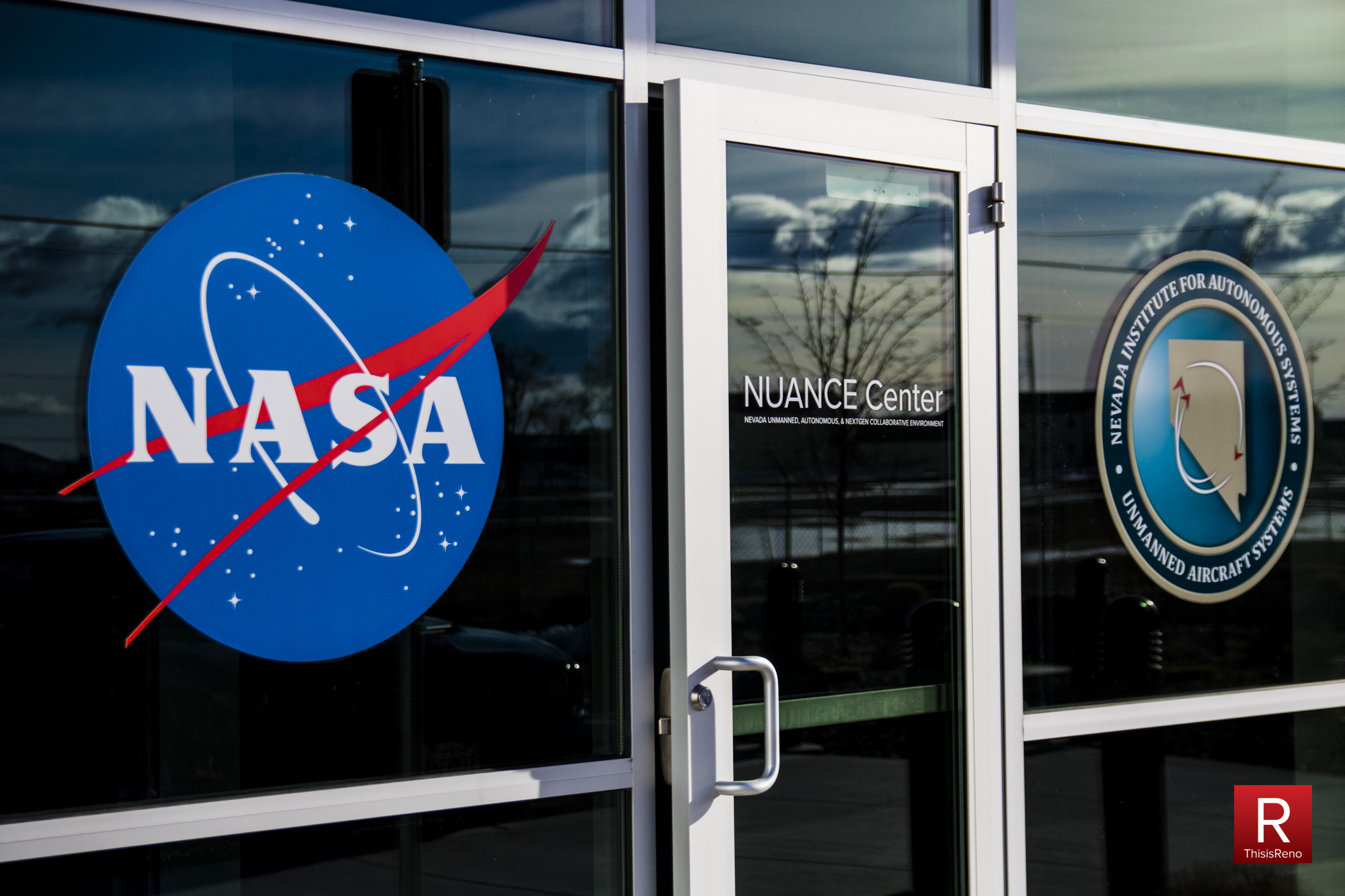 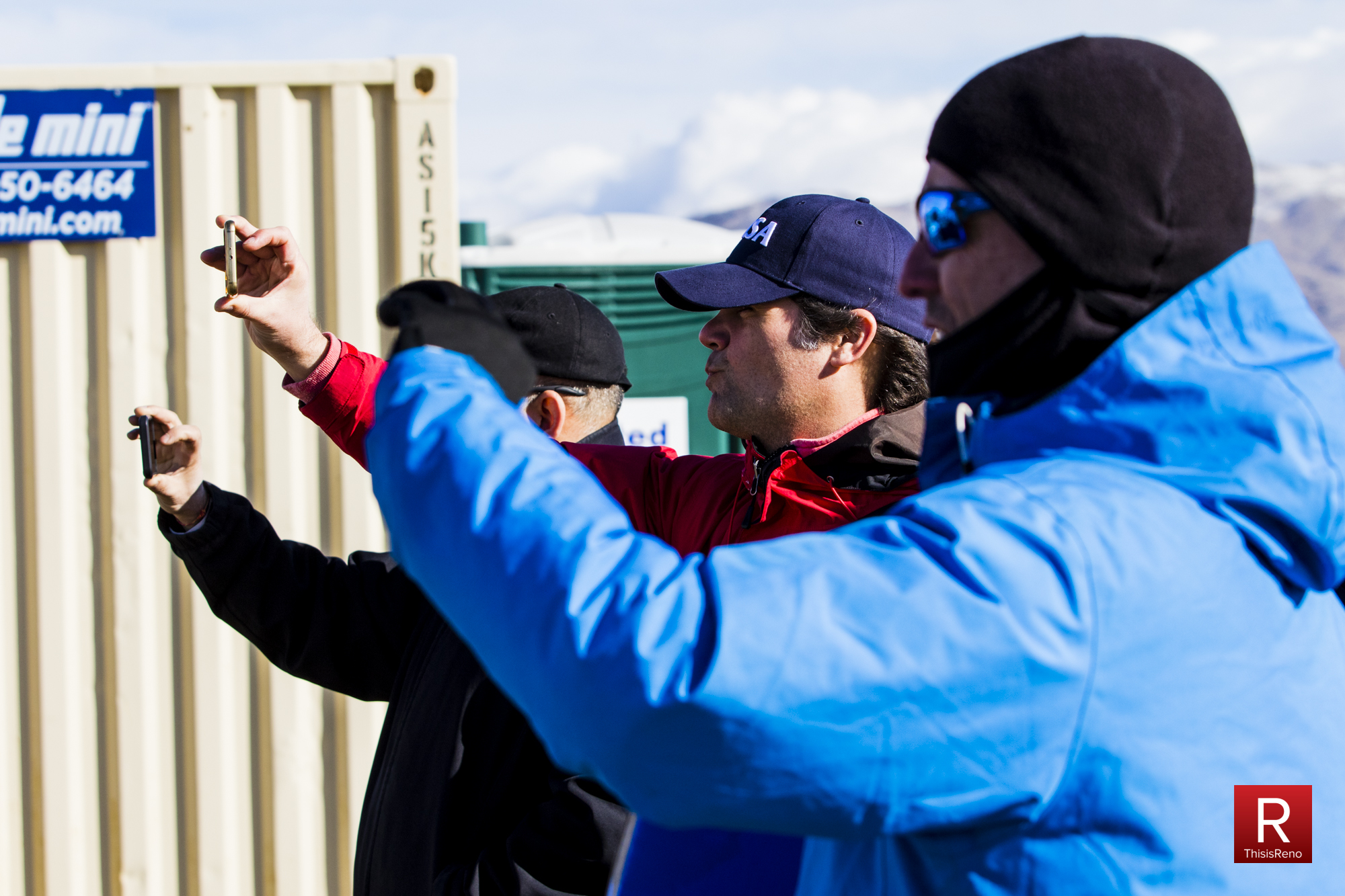 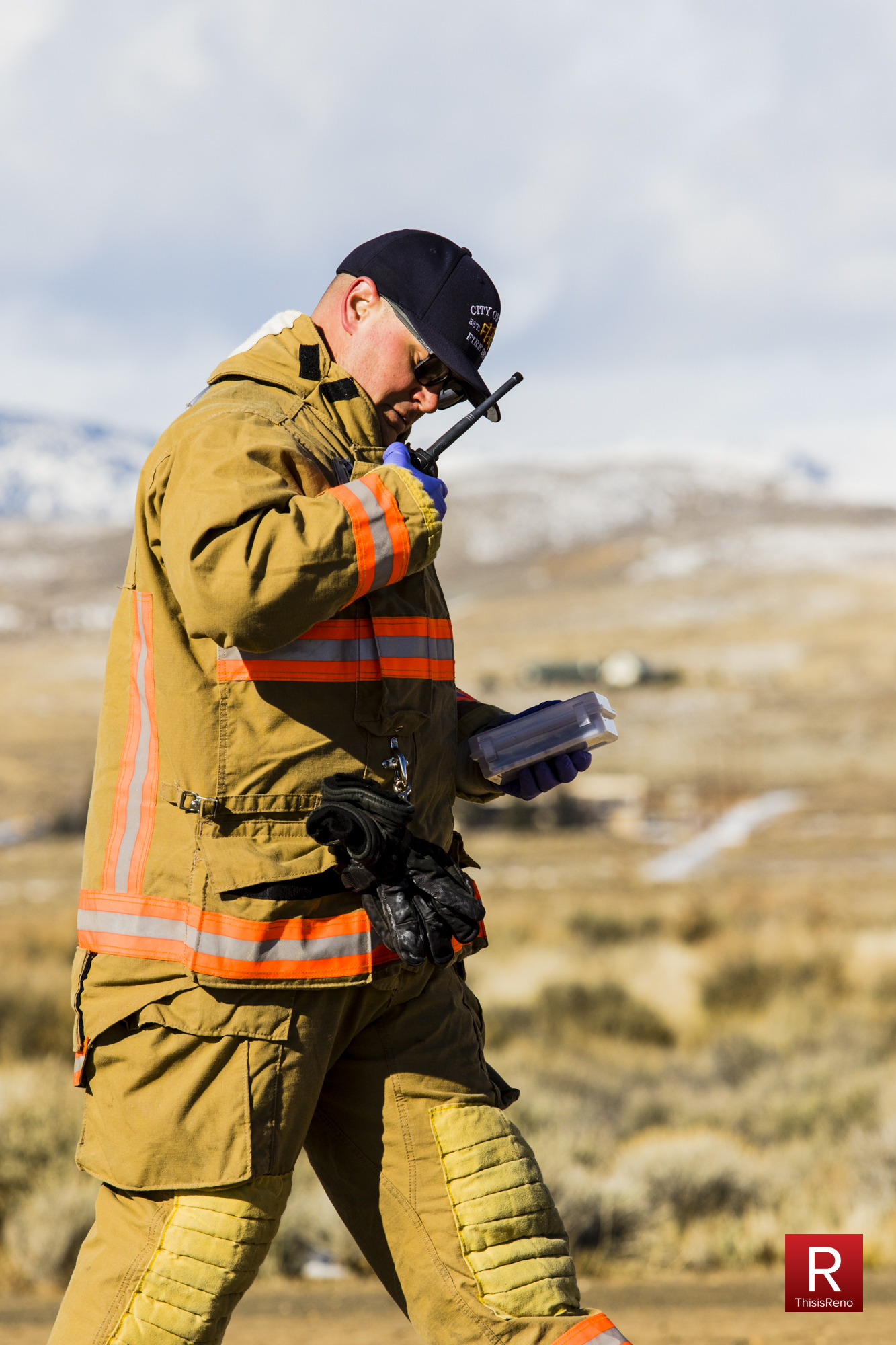 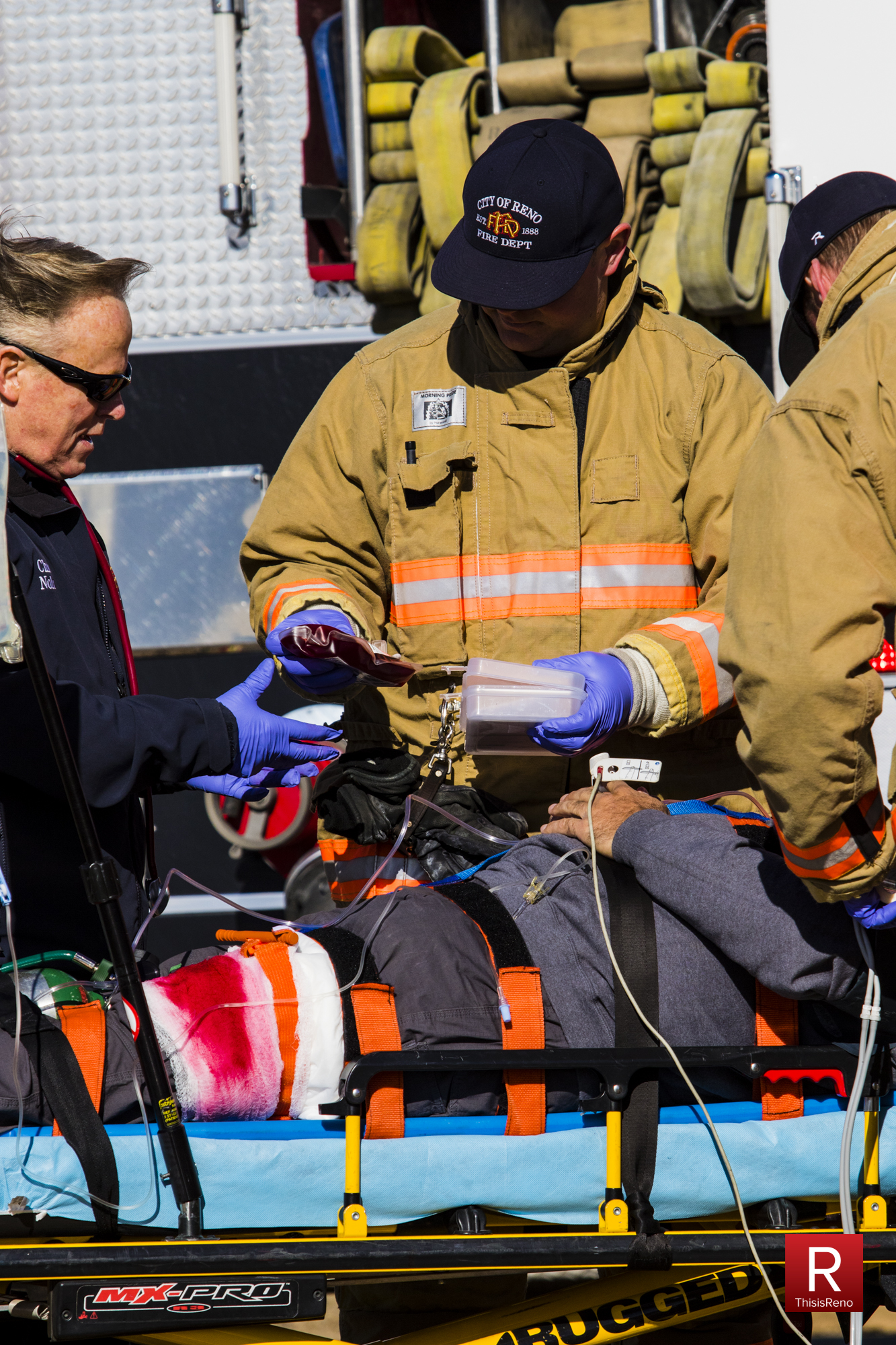 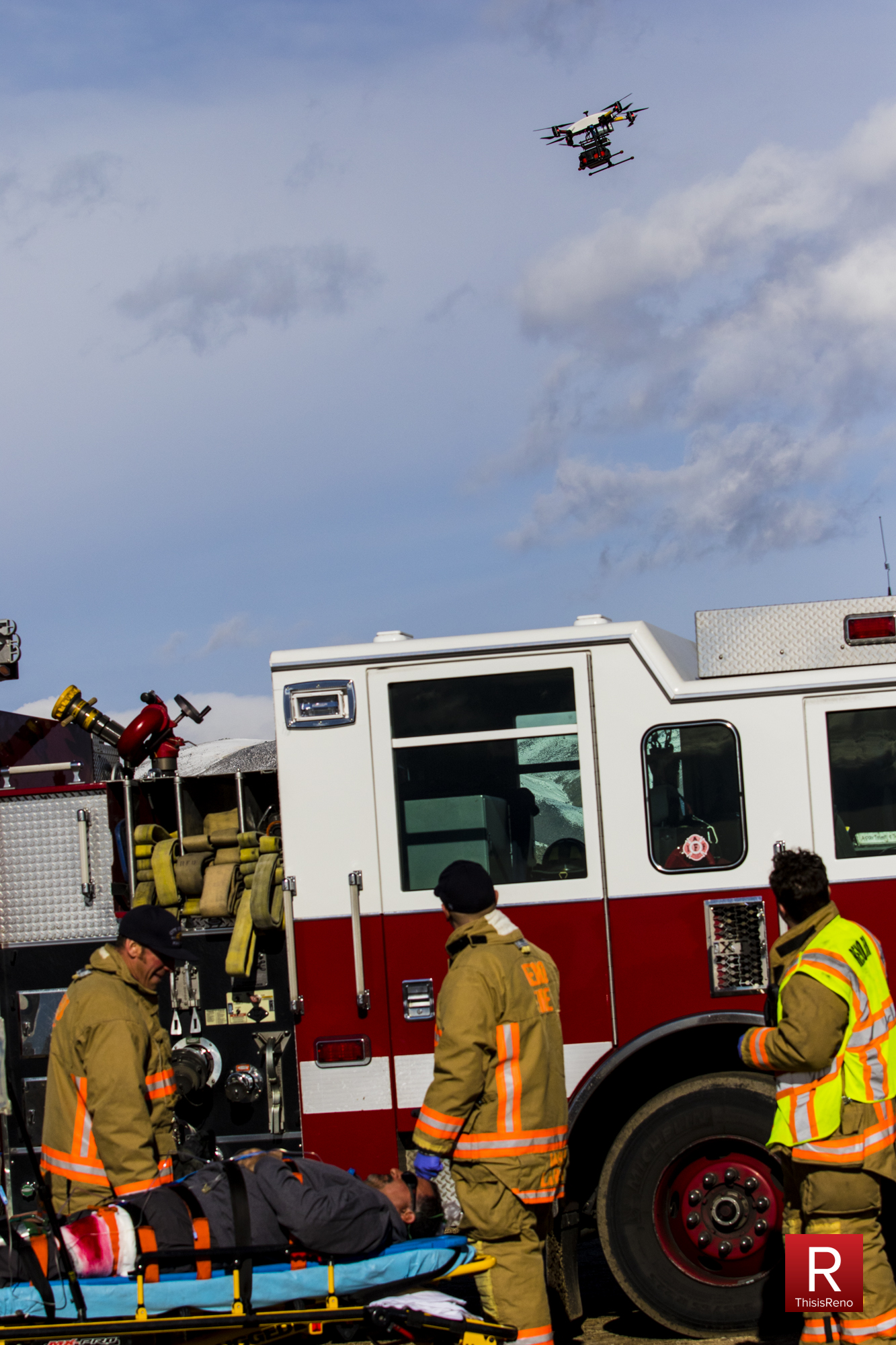 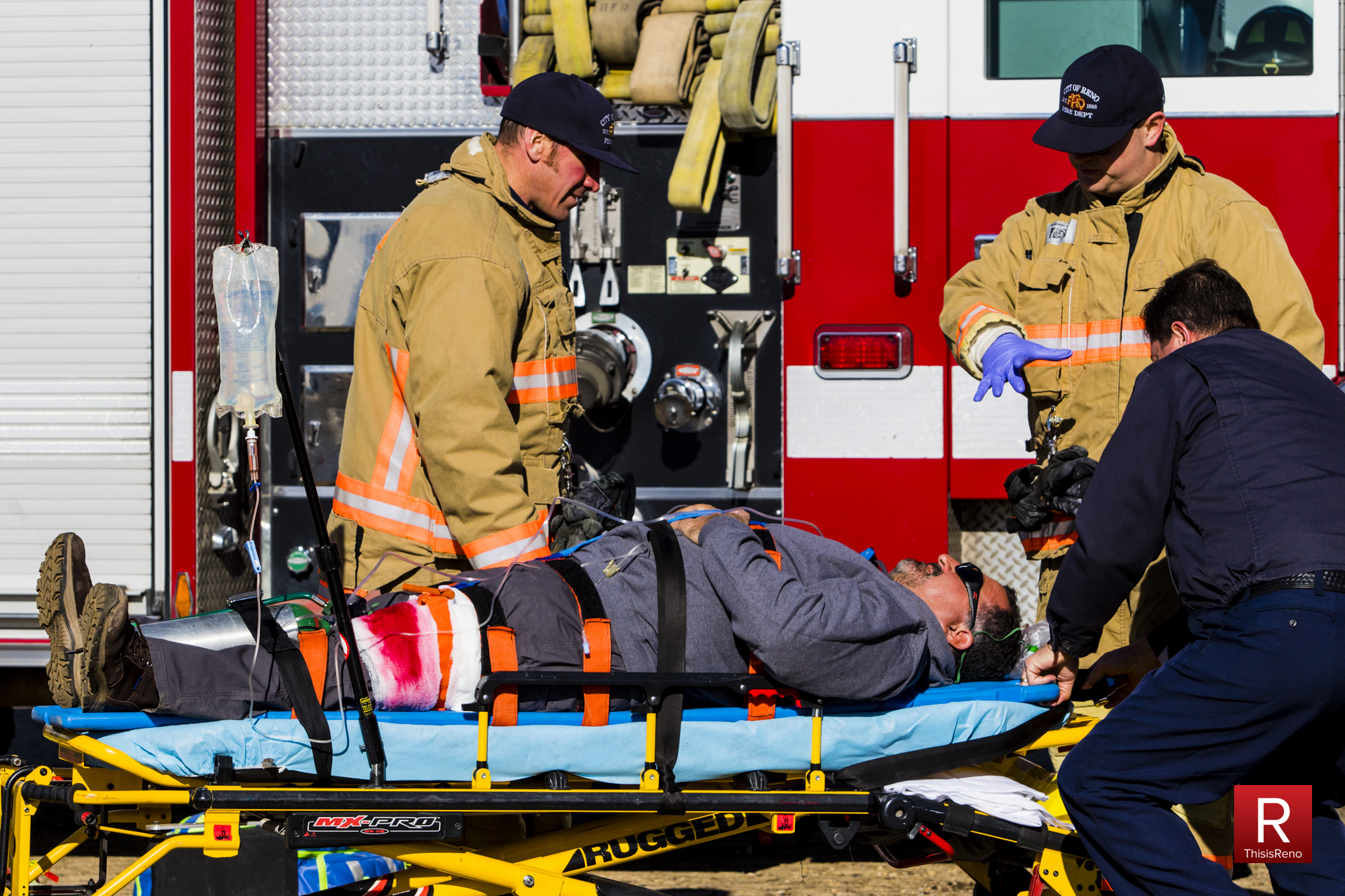 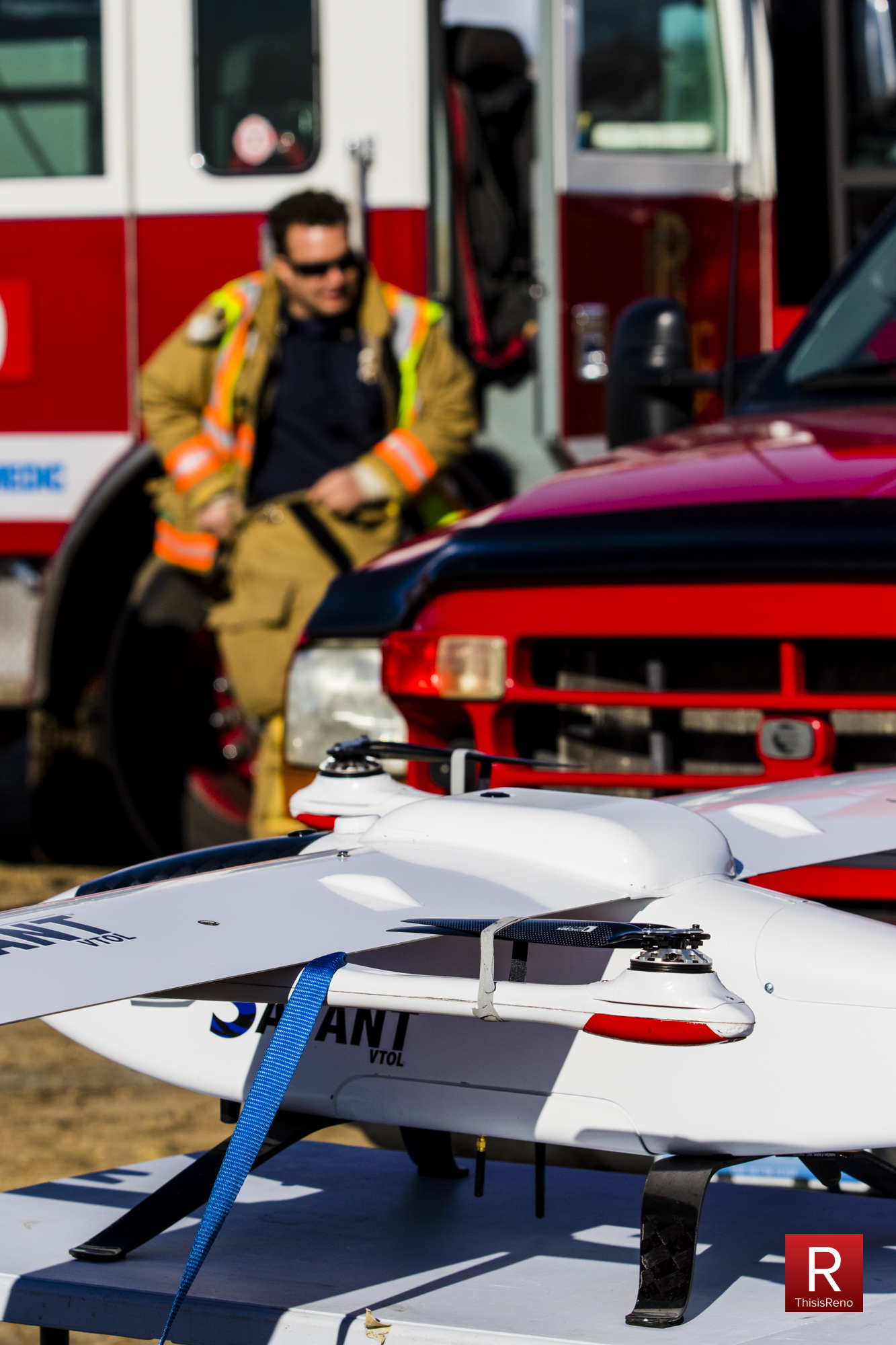 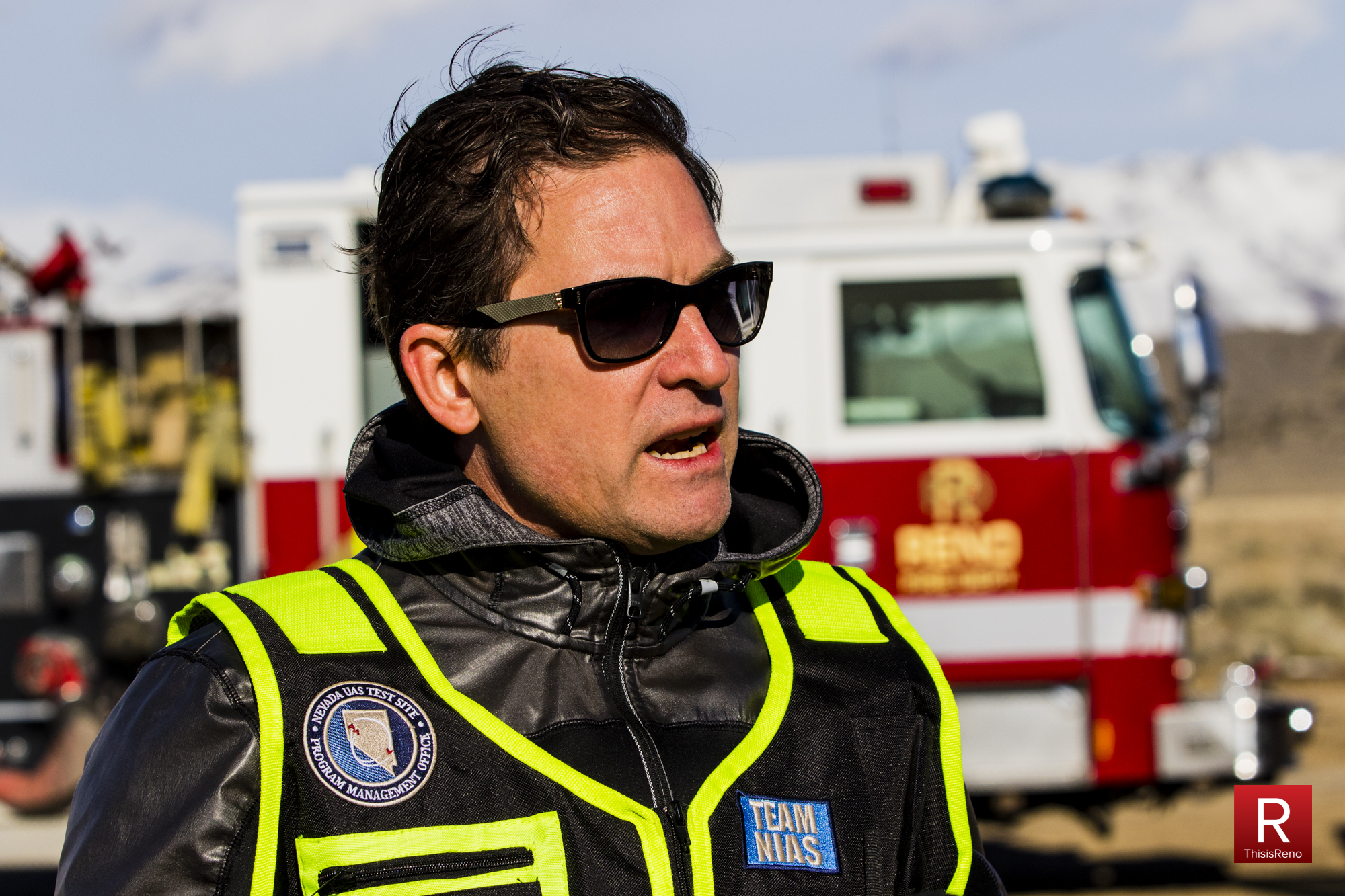 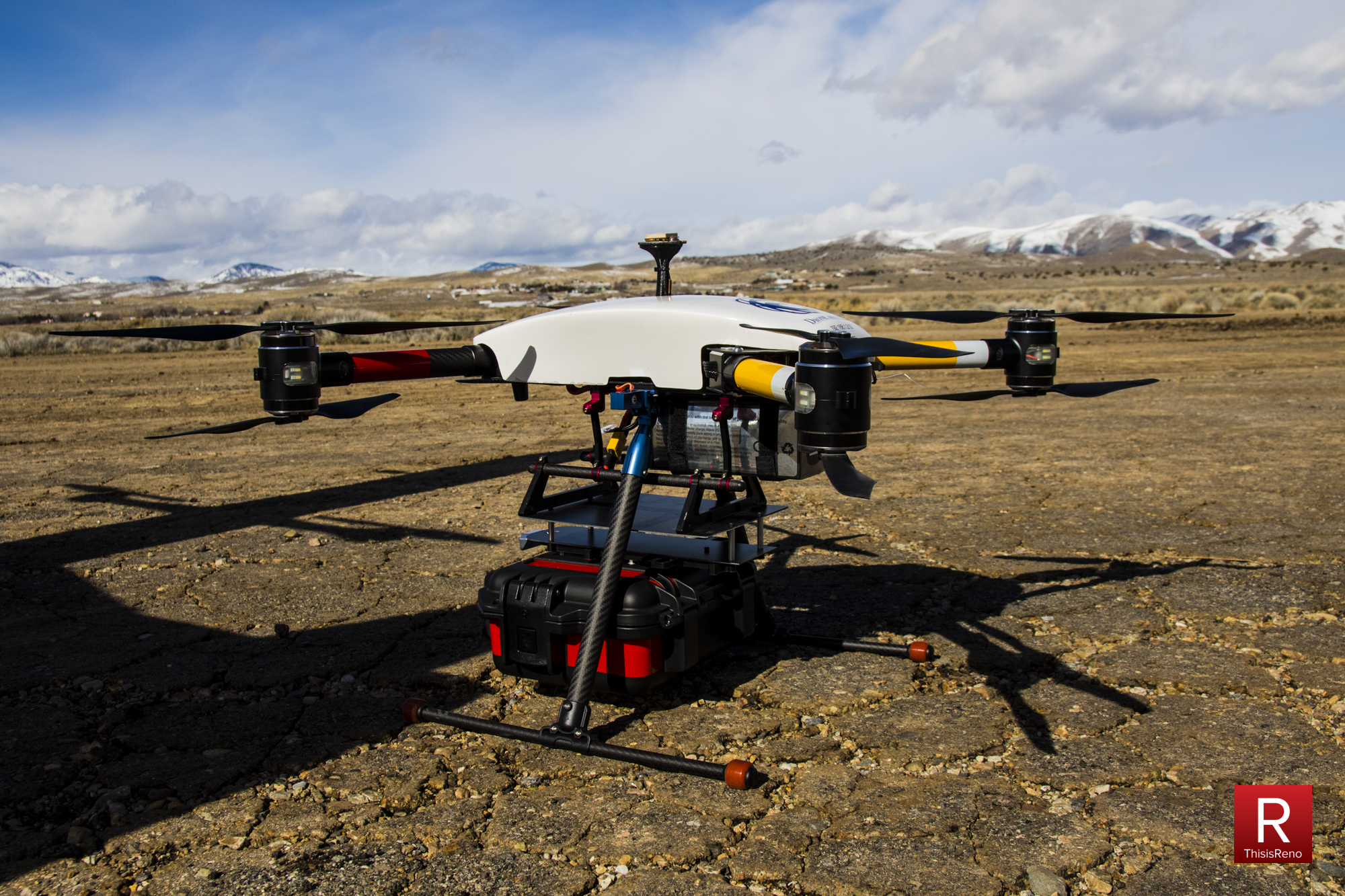 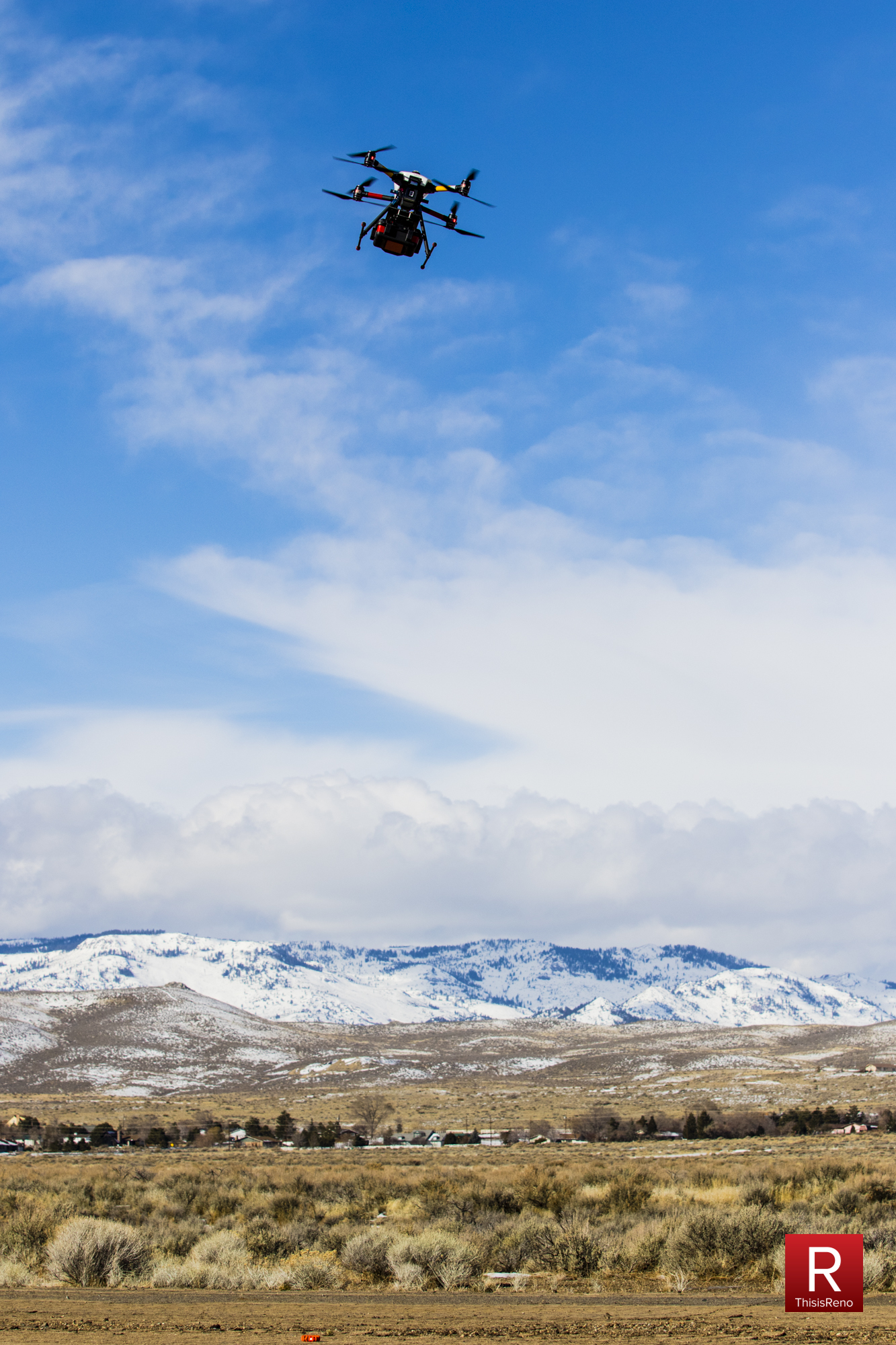 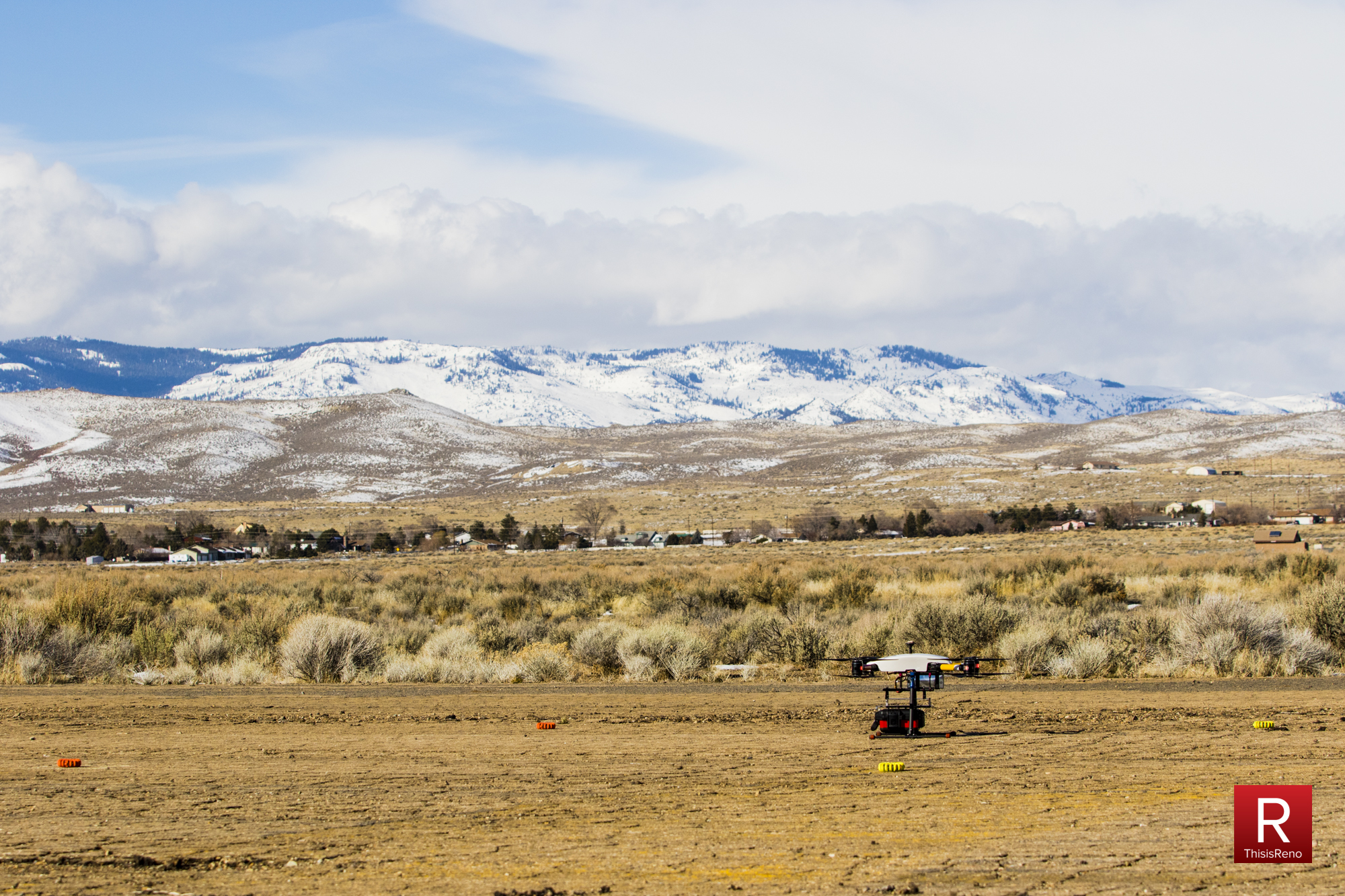 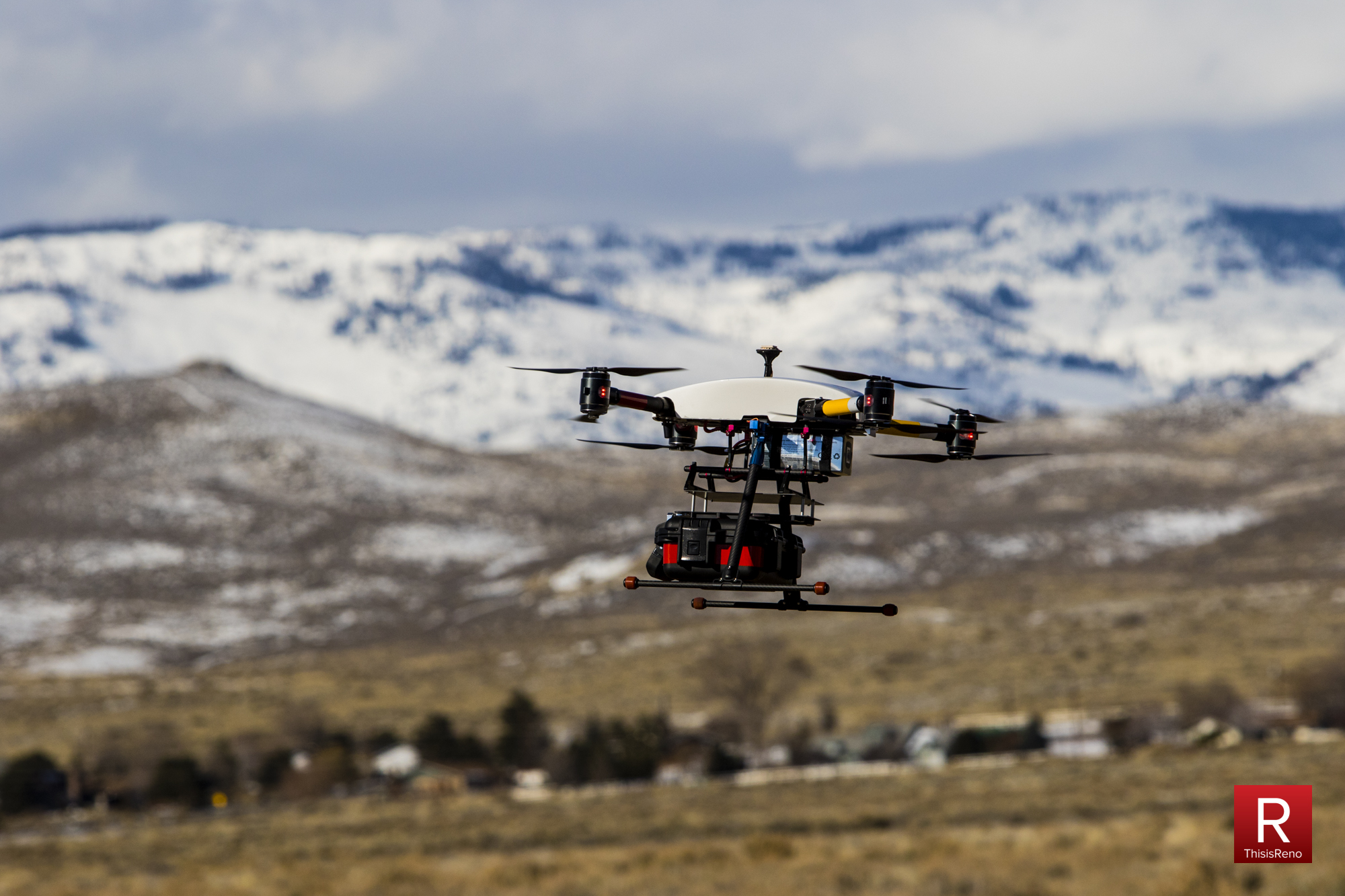 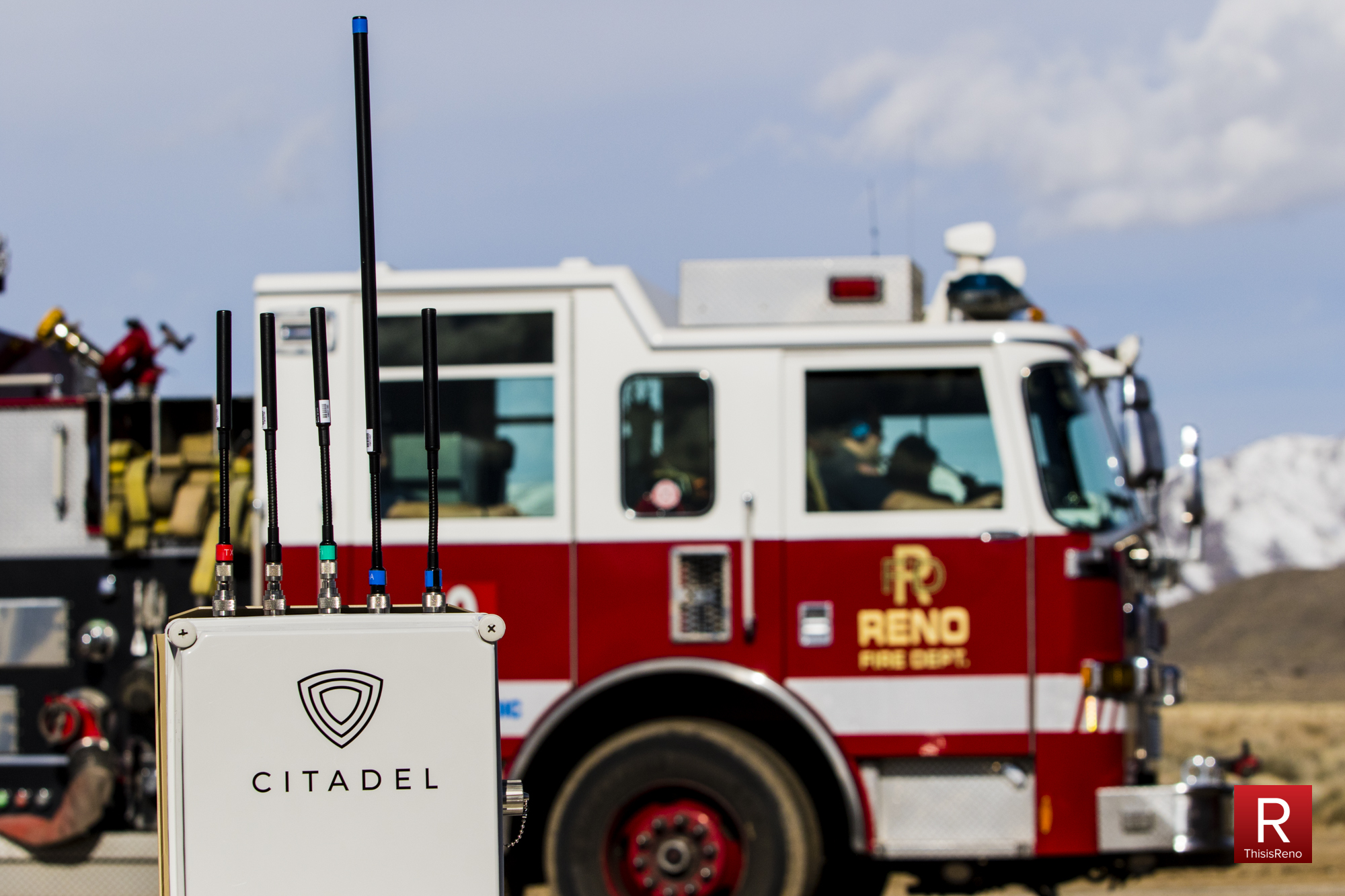 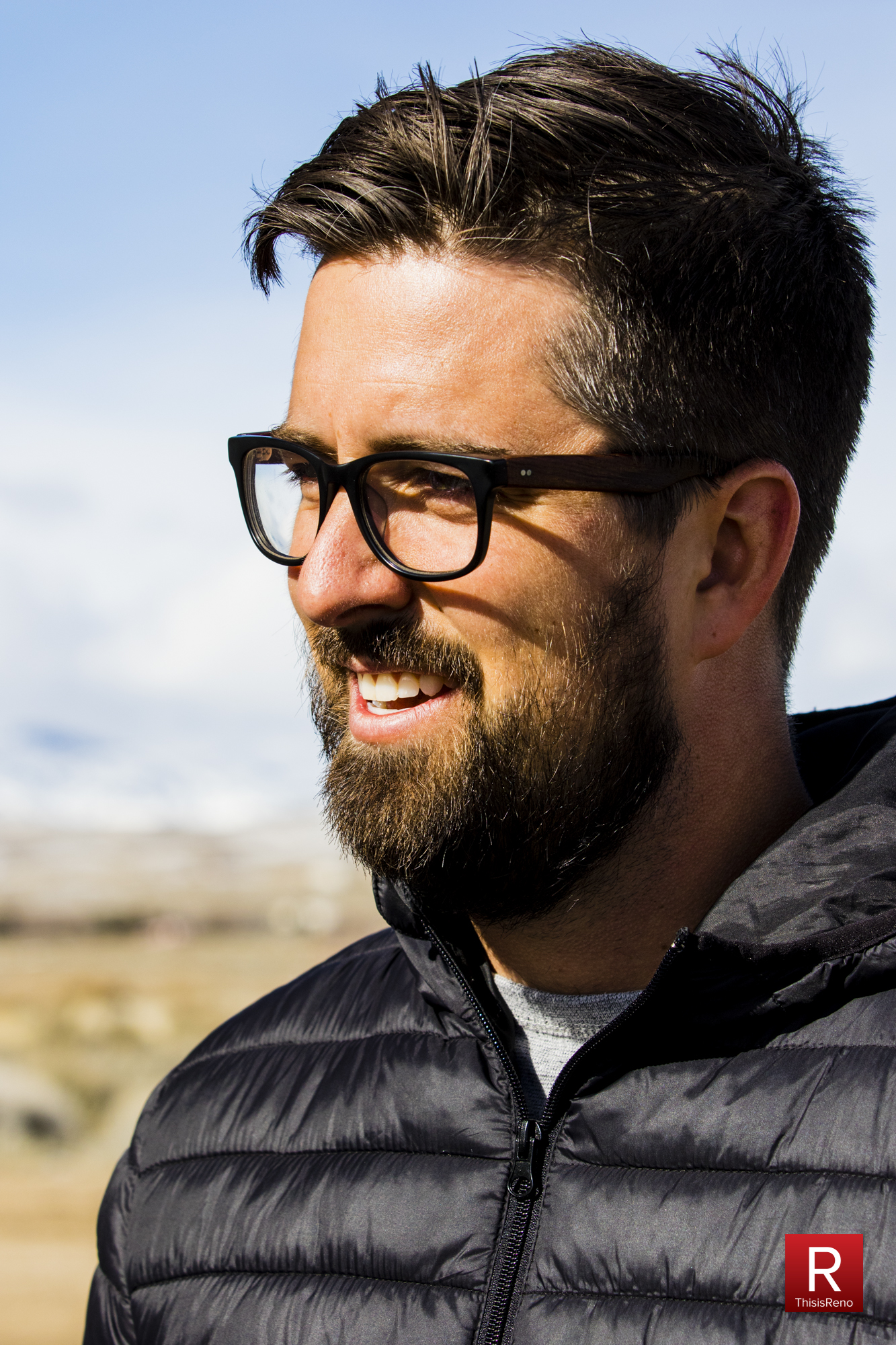 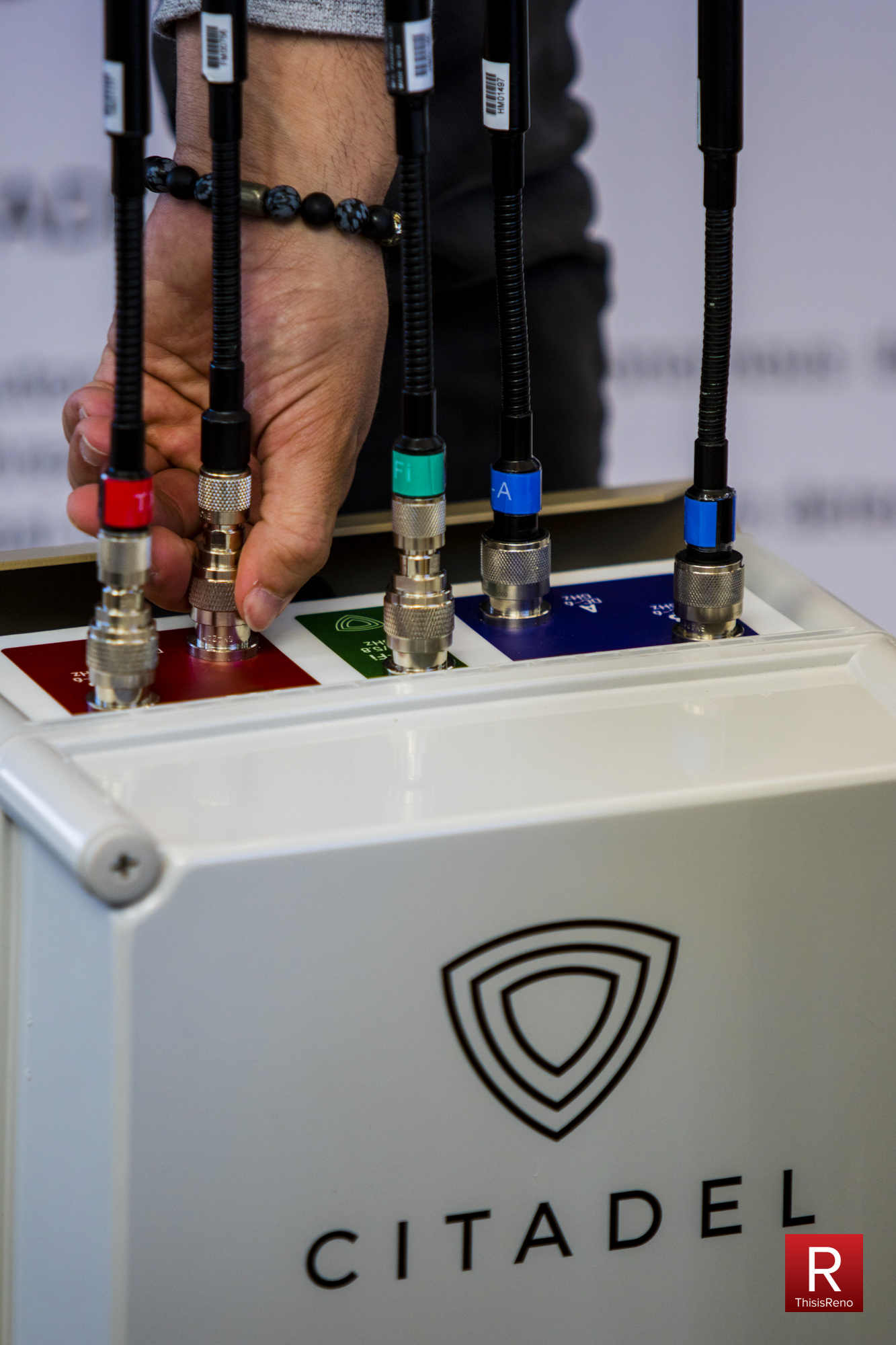 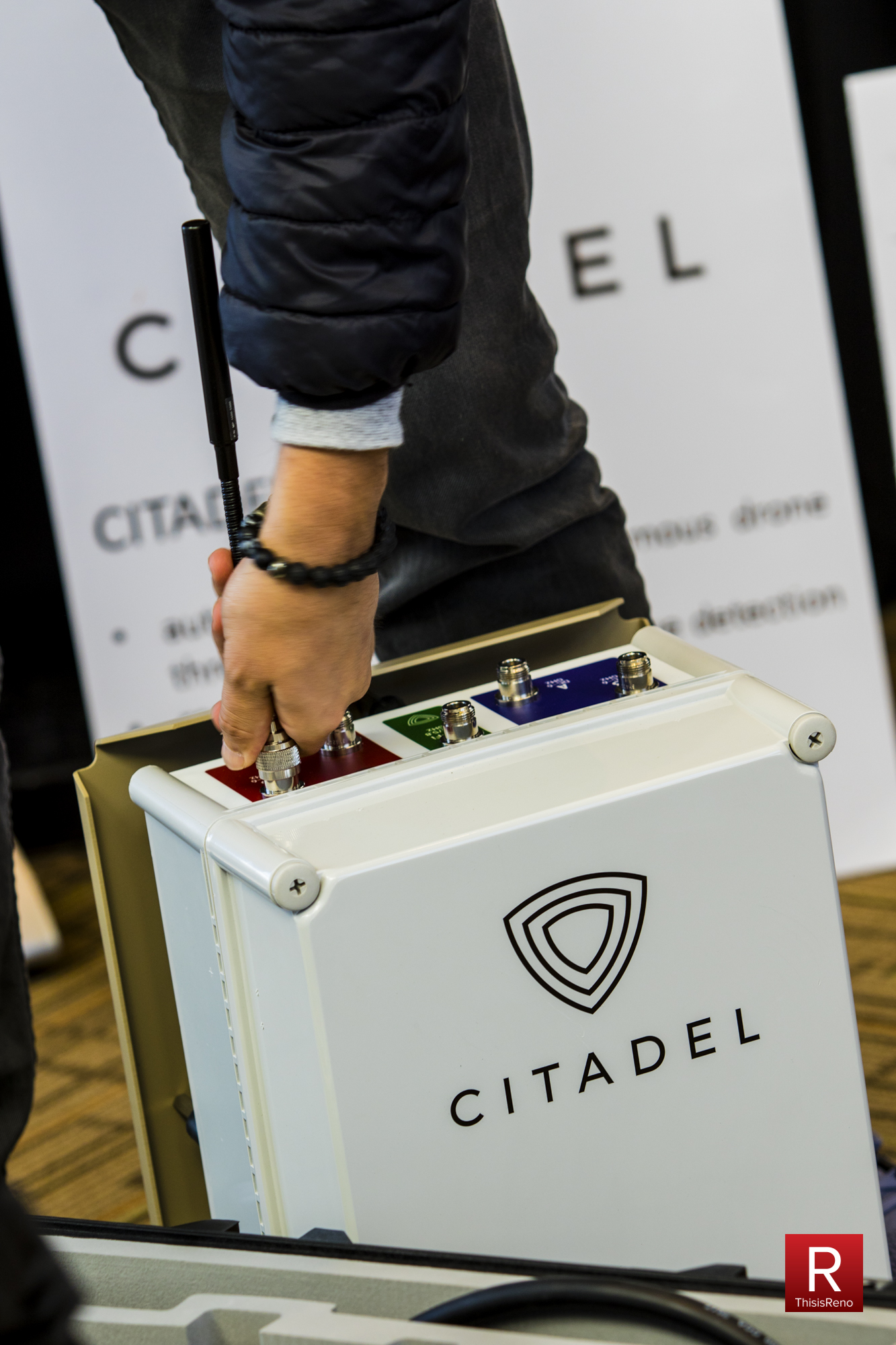 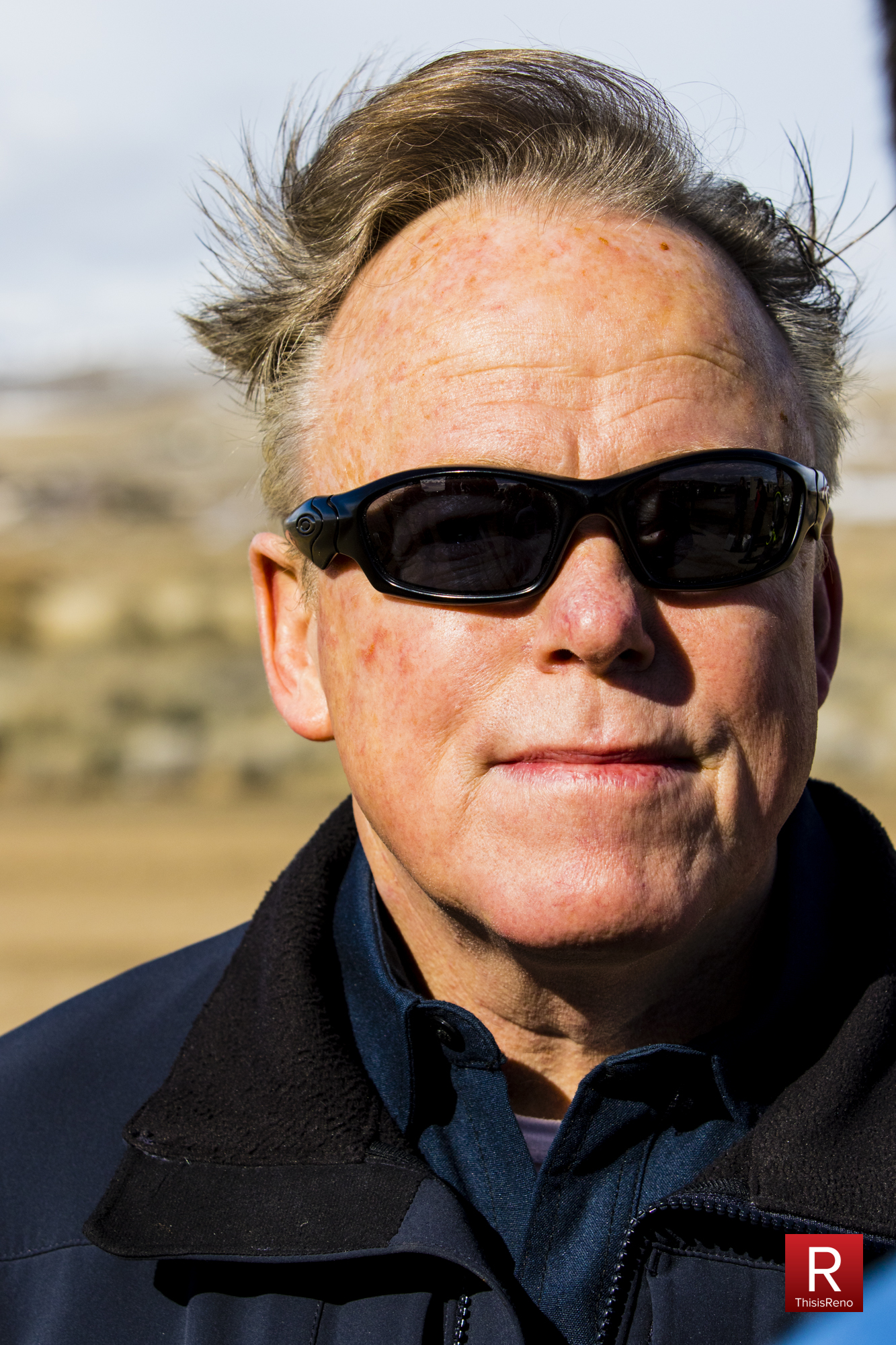 The Nevada Institute for Autonomous Systems (NIAS) invited media out on Thursday to view the third phase of testing at its drone testing facility. This phase focused on package delivery, which does have commercial applications, but in this case took a more serious tack by testing response to a medical emergency.

A team from the Reno Fire Department simulated an incident with a victim experiencing severe blood loss and who needed an immediate transfusion. A drone from Drone America was equipped with a container which held the first ever actual packet of blood to be transported via drone.

High winds and frigid temperatures tested both the drone and those on the ground, but the drone successfully landed in the designated landing area so that firefighters could retrieve the blood packet and begin the faux-transfusion. 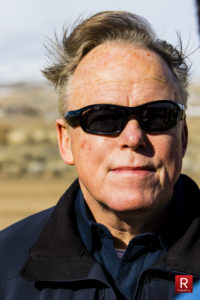 Reno Fire Department Chief Dennis Nolan explained the possibilities of this equipment. When a person is suffering from blood loss, he said, the most important thing is to get them blood immediately. Furthermore, if by chance an ambulance should be stopped by some road hazard or traffic jam the ambulance crew could arrange for a drone to meet them, providing needed medical supplies quickly.

Citadel founder Daniel Magy was also on hand to discuss the possible uses of his company’s device which could help reduce the issue of rogue drones. Rogue drones refer to those operating in restricted areas like airports, military installations, and over wildfires. Citadel’s device monitors radio waves and detects drones, and with legal oversight can give a command that will land the drone or send it back to its launching point.

This technology is not currently being used on wildfires, but it is being used by the Department of Defense to combat the weaponization of commercial drones by ISIS and other terrorist organizations.

This past year Reno law enforcement marksmen were called out to shoot down a rogue drone.