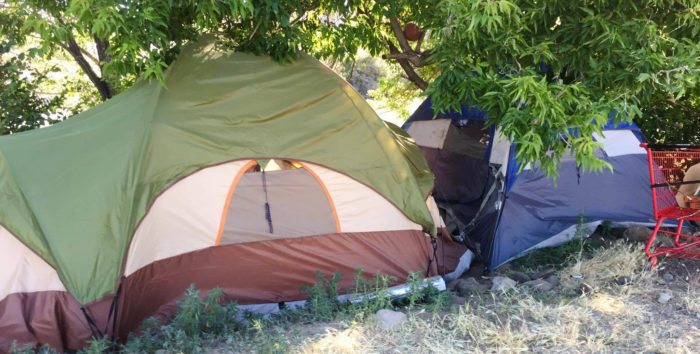 The Washoe County Medical Examiner’s Office confirmed today the number of people in the county who do not have a permanent housing that died in 2017. Up from the 2016 count, 27 people without a fixed address died last year.

Of these, nine were staying with a friend or in a hotel or motel, and two were staying in a RV/travel trailer (not outdoors), according to county officials. The rest are presumed to be houseless. Most — 23 — were male while four were female.

“It is heartbreaking and unacceptable that this number increased from last year,” said J.D. Klippenstein of Acting in Community Together in Organizing Northern Nevada (ACTIONN). “I fear that the housing crisis we are facing will only serve to make this number grow. It is time for our community to take a stand and make long-term investments in affordable housing, homeless services, and development that benefits the entire community, especially our neighbors on the margins.”

The causes of death:

Local advocates for the homeless have been pushing for more housing alternatives for Reno’s growing homeless population. Both homeless shelters have been full prior to winter, and an emergency tent was set up at Record Street to keep people from freezing to death.

Many are still camping outside, particularly along the Truckee River. There were 22 reported deaths of indigents in 2016.