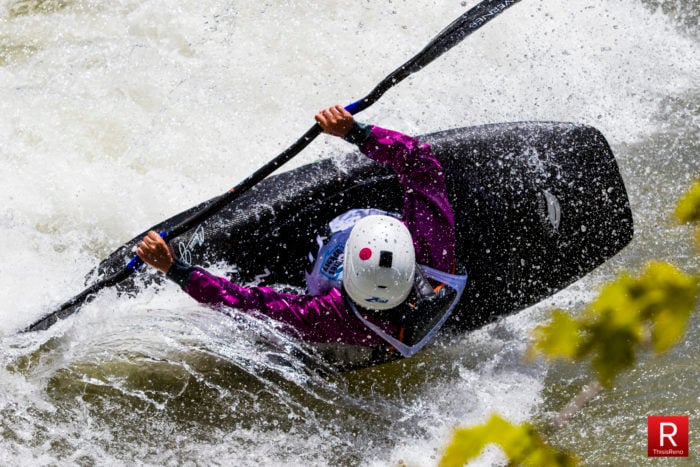 Government agencies are telling citizens to avoid the river this summer unless you are experienced with fast-moving rapids.

Area governments are asking the public to stay away from the Truckee River unless you are experienced in dealing with fast-moving water, or you are accompanied by somebody who is, such as a professional rafting guide.

A social media campaign called #TruckeeRiverSafe is being launched Friday and throughout July by local government agencies. The agencies are coming together to find a way to respond to a number of river rescues that have recently occurred because of abnormally fast river flows.

“We are seeking to prevent danger and loss of life,” said Chris Ciarlo of Washoe County. “The Reno Fire Department has had 38 river rescues this year, which beat a previous record high of 17 river rescues.”

People who have a social media account are encouraged to use the #TruckeeRiverSafe hashtag throughout July to warn people to not go in the river.

“If you’re going on a rafting trip, we encourage you to have a professional guide,” he said. “It’s not smart to grab an inner tube or floatie and go down the river as we may have done in past years.”

Ciarlo said people wanting to use the river for rafting should use companies that have certified professionals on staff who know how to handle fast-moving rapids.

“We just ask that you use common sense by not going in the river on your own or as you might have done in recent years,” Ciarlo said.

Agencies such as the RSCVA, Washoe County Sheriff’s Office, City of Reno, Reno Fire Department and the Reno Police Department are part of the campaign.