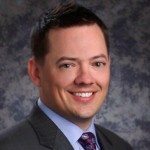 Paul Thomsen has resigned as a commissioner of the Nevada Public Utilities Commission (PUC). Governor Brian Sandoval’s communications director Mari St. Martin confirmed today his resignation, but a reason was not given by the time of publication.

The PUC’s public information officer deferred comment to the Governor’s Office, and Thomsen’s letter does not provide a reason for the resignation. Read it below.

Thomsen previously was chair of the PUC, but in the wake of last year’s rooftop solar debacle, he was seen as part of the commission’s polarization on the issue of net metering, which would have, according to numerous critics, neutered the state’s ability to incentivize rooftop solar.

The PUC maintained that it was following newly passed legislation and that net metering regulations were causing non-rooftop solar consumers to subsidize those with solar panels.

“The evidence that was presented was pretty clear … that there was a cost shift occurring and we made a rate design to eliminate that cost shift,” Thomsen said at the time, according to reporting on UtilityDive.com. “How [do we] reconcile some of those costs and values and how do we do it in a way that benefits the vast majority of ratepayers? I think everyone can take a step back and kind of say ‘evaluate your own personal bias and how those biases are affecting the value you are putting on these variables.'”

Thomsen was removed as chair by Governor Brian Sandoval last year but remained as a commissioner until just recently.

Sandoval has not named a successor. 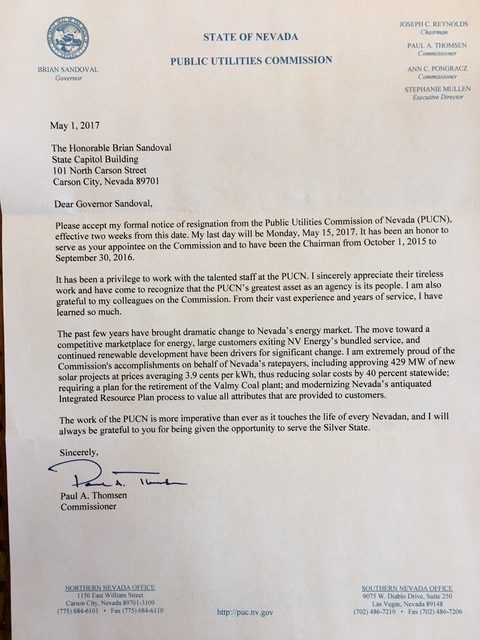