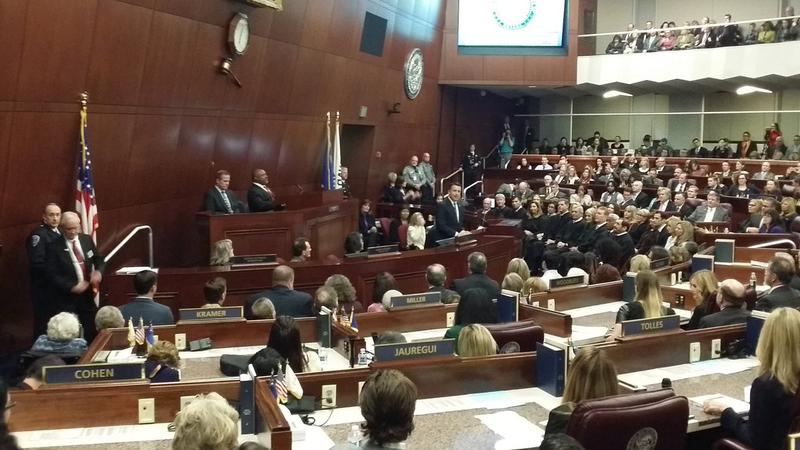 $8.1 billion. That’s what Republican Governor Brian Sandoval is asking lawmakers to spend in the upcoming budget.

For the fourth time since taking office, Sandoval addressed a joint session of the Nevada Legislature telling lawmakers things are starting to look better in the wake of the economic recession.

“Ladies and gentlemen, I am proud to report that the state of our state has dramatically improved and we are growing stronger every day.”

Sandoval touted Nevada’s steady decline in unemployment from roughly 13.7 percent in 2010 to 5.1 percent last month. The governor gave much of the credit to investments in the tech industry. While Sandoval made no mention of the controversial and stalled Faraday Future project unfolding in Las Vegas, the governor says his administration will work to bring more jobs to the state, including a large expansion by Tesla.

“Tonight, I am pleased to announce that Tesla will expand its investment in Nevada by producing the electric motors and gearboxes for the Model 3 at the Gigafactory. The new project will yield more than $350 million in additional capital investment and add 550 skilled jobs to Nevada’s new economy.”

Did Nevada choose employers over workers by paying down UI...

Nevada adds jobs back in July