I love the Academy. The Academy of Motion Picture Arts and Sciences, that is.

I also love watching the Oscars every year.

Unfortunately though, every year when nominations are announced, there are those films, actors, and actresses that get snubbed in certain categories. After recently seeing “Your Name.”, the Japanese animated hit of 2016, I learned that it was on the short list of nominees for Best Animated Feature at the 2017 Academy Awards, but ultimately didn’t make the cut. I thought that was crazy because of how good the film was. How was it not nominated?

After doing research I have found out how the Academy’s nomination process works, and in my opinion there needs to be some big changes.

When it comes to the nomination process all films that are eligible to receive an award are included on the ballots sent out to members of the Academy. Members choose five selections off of the ballot list for each category, ranking them from first to fifth. For example, in the Best Actor category an actor has to receive at least one first-ranked vote to earn a nomination. The five actors with the most first-ranked votes become the nominees.

Here is the catch though. The Academy does not require its members to see every movie that is considered for nominations. So, in the case of “Your Name.”, the reason it wasn’t nominated for Best Animated Feature is likely due to the film’s major release and screening in Japan and very few members actually seeing it. It showed in Los Angeles for only a very short time, part of the requirement to be considered by the Academy for an award. It wasn’t until April 2017 that “Your Name.” reached a broader American audience.

Now, before I bring up my proposal on potential changes that the Academy could make to stop this from happening, I must say that the members of the Academy do have the option to not vote in any category if they so choose.

According to Entertainment Weekly, the Academy is made up of about 6,000 members. I think they should create a voluntary group of members who are required to see every film that is a potential nominee, and that has been critically reviewed to a specified degree. For example, that group would have to see every film submitted for consideration by the committee that received a 75 or higher overall score on Metacritic.com. I am not saying a film under that score cannot be considered; if a film rated 75 or higher then they are required to see it.

I know it isn’t a perfect idea, but it would help foreign and smaller films to get the recognition that they deserve when it comes to awards season.

I found out as well that this is not just a problem when it comes to nominations. It is a problem with voting for winners as well. According to CinemaBlend, for the 87th Academy Awards in 2015 an average of 5.5 percent of Academy members did not watch every Best Picture nominee. Two to seven percent of the Academy did not see one of the Best Picture nominated films of 2015. This is another change that should be made. Every member of the Academy should be required to see every Best Picture nominee so they won’t continue to make blind, uneducated decisions.

The Academy formula isn’t perfect and it never will be. There are, however, ways that they could improve their system, thus allowing smaller and lesser known films that deserve the attention to be recognized for their achievements.

I still love watching the Oscars, but knowing much more about how they function makes me hope that they make some changes, and fast. 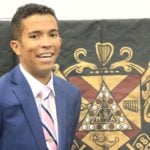