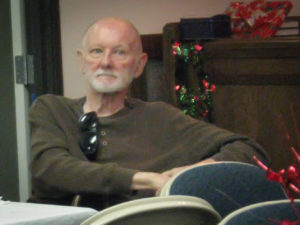 Edwin Williams is a retired Hollywood carpenter who used to build props and sets for some of the biggest television shows and movies of the day. He insists, “To me it was just work. I just happened to be in an industry that was highly publicized, that’s all.”

But his ostensibly normal old 9-to-5 work days turn into amusing stories once you get him started.

Williams had no experience in carpentry before he started working for Desilu Productions, the company that produced “I Love Lucy,” the original “Star Trek” series, and other classic television programs. He got the job only through a friend’s recommendation, and he apparently fudged his way through his beginner tasks without getting fired. And this new job paid the bills, so he stuck with it…for 34 years.

Meeting the Expectations of Lucille Ball 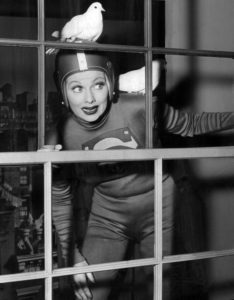 Lucille Ball in an episode of “I Love Lucy.” Photo: Wikipedia

Williams sometimes briefly met some of the celebrity talents of the projects he worked for when they asked him to make a change to their dressing rooms. Usually though, he did his job before any big names showed up on set.

One exception was Lucille Ball, who was very hands-on about supervising the set designs. Ball was the main creative mind behind Desilu, especially during the “I Love Lucy” show, and is known for her antics on camera. But Williams recalls her as a cool, businesslike, “wicked-smart” lady.

“She wanted what she wanted, and didn’t mind paying for it.”

And Ball meticulously planned out everything she wanted. At the beginning of the season, for example, she wanted all 26 episodes fully written and the scripts on her desk. But at the same time, she improvised a lot.

Sitcoms of the day were often filmed on sets where most trappings and furnishings were only for show and didn’t actually work — windows didn’t slide up and down, doors didn’t open and close. Ball was fairly unusual for wanting the sets to be realistic enough that she could interact with any and all props, even after adjusting the day’s script or while improvising in a scene.

This, of course, affected the sort of work that Williams got when contracting for Desilu, so it was almost like building a real house. Or, half a house, since the fourth wall was always omitted to leave room for the camera, crew, and live audience.

Making It Up as He Went 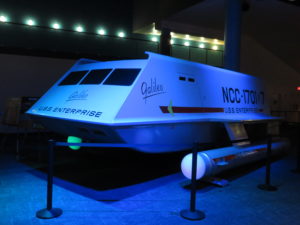 Gene Roddenberry, on the other hand, was more of a writer and wasn’t nearly as involved in the production of “Star Trek.” He didn’t appear on set very often, and never for very long.

The show had such a small budget that they laid off all their workers every two or three episodes, so they could stop and write and plan the next ones. According to Williams, early sci-fi TV shows like “Star Trek” “were easy to build for though, because nobody knew what it was like out in space or what space ships were like. So anything you did was all right. You could do all sorts of weird things and they would think it was okay.”

This made for an interesting contrast with his prior work on “I Love Lucy.” In a later “Star Trek” spin-off series, Williams got to work on the battery-charging stations where the Borg, the show’s race of nefarious machine-men, would rest. The same props were reused in one of the movies, and its design was copied in a video game.

Williams admits, “It was an interesting job because you never knew what you were going to build next. Today you might be building the inside of a house; tomorrow you might be working for Cheers and building a bar.”

And the next, you might get a weird request from one of the sci-fi series.

Getting Creative with the Bubble People

One day, while Williams was working on a little show called “Lost In Space,” the art director approached him during lunch and said, “I want you to build me some bubble people.”

“I want you to build me some bubble people.”

Williams thought, “Good crud, what the hell do ‘bubble people’ look like?”

He found a big roll of butcher paper and cut off a piece, found a pen and handed it to the art director, and said, “Draw me one.” 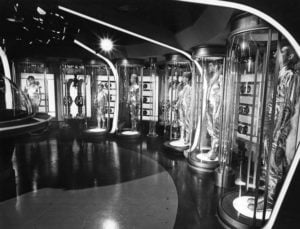 A still from the “Lost in Space” program premiere. Photo: Wikimedia Commons

The art director started drawing circles. “The scene is they take a big gob of goop and throw it on the ground, and it grows into these bubble people.”

“Oh, and by the way, they don’t have any skin, so you see the muscles and tendons and bones,” the art director added.

Williams found a more experienced co-worker, and together they devised a way to craft these “bubble people.” The initial scene of the creatures growing from a blob on the ground was made from strips of burlap and latex, which they inflated with the exhaust from the motor of a vacuum cleaner. The following shots used static figures carved from rubber foam, with the flesh and bone painted on — or they would have.

Williams and his impromptu partner had spent two weeks of planning, building, testing, and refining these elaborate props for a scene that was only supposed to last for about three minutes. The total recorded footage for the episode ran three minutes over the limit, so the whole scene was cut out.

“But the checks were good! The checks never bounced,” Williams finished.

That project taught him how to really get in touch with the creative aspect of his job, but he also learned not to get too attached to any of his work. “Gotta learn to kick your ego to the side and take your money and go.”

Ed Williams and his wife Glenda retired toTopaz Ranch Estates in 2003. They fell in love with northern Nevada after road-tripping through the Sierras.