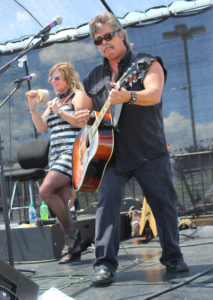 Big Heart is a local Reno/Sparks band that can play just about any rock and roll song you can think of, and most importantly they can play it well. This band performs anywhere, from private parties, weddings, bars and eateries to full-scale outdoor concerts and festivals. They have played all over the Reno and Sparks area as well as many out of town gigs in Lake Tahoe, northern California and the Bay Area.

This experienced band rolls diverse musical skill, creativity, and professionalism all together for an awesome live performance that you won’t soon forget.

Scroll down below the photo gallery to learn more about the band. 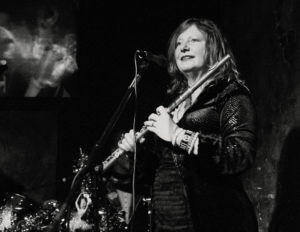 Lisa DeHart (flute, vocals, percussion) proves that flutes can rock too. She can add the flute into just about any song and make it sound like it’s always been there. Her heart is with classic rock; she favors singing covers of Jefferson Airplane’s Grace Slick, Heart, Fleetwood Mac, and Led Zeppelin. She performed with San Francisco blues band Thee Orbiters before creating Big Heart with Big E.

Anthony “Mr. A” Woods (bass) has a rockabilly look that shows where his heart lies, making him a definite fit for this band. From his flying V to his leopard-print stand up bass, Woods’ mastery has taken him from coast to coast. He’s jammed with many talented musicians including Skip Spence of Jefferson Airplane and Wayne Kramer of the MC-5. 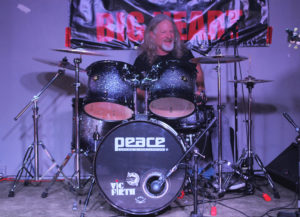 Rick Williams (drums), who hails from Reno, has the natural ability to let the drums lead the way for the compelling songs of Big Heart. He has the talent to keep the dynamics of the songs intriguing and rhythmic at the same time. He plays Pearl and Pence drums and Sabian cymbals and uses Vic Firth drum sticks.

Keep an eye out to see where Big Heart is playing next. They are worth a listen for sure, and if you like what you hear you can hire them for your next event. To book the band call Lisa De Hart at 775-229-3231 or email [email protected]

One more thing, remember to always support your local bands and venues … Go To A Show!