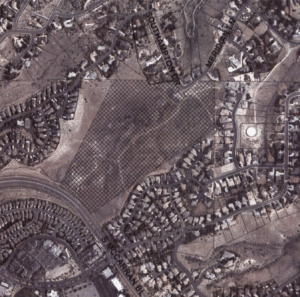 The Reno City Council on Wednesday overturned an approval by the planning commission for a development in the Caughlin Ranch area, sending it back to the board to further review a variety of concerns.

Ridge Hollow, a proposed subdivision of 44 single family homes, is located on a 37-acre site southwest of the intersection of Meridian Lane with South Hampton Drive and north of South McCarran Boulevard. It’s in a planned unit development (PUD) that was approved in 1987.

“The community of Reno has changed and there needs to be a present-day evaluation in light of the present-day needs of our existing community,” said Rae Ann Mathews, who filed an appeal of the April 6 decision by the Reno City Planning Commission.

Planning commissioners voted then to approve plans that included a special use permit for hillside development and to allow cuts of 20 feet or more and fills of 10 or more feet.

Several people spoke against this during a hearing that lasted more than two hours. Opponents raised concerns that included traffic safety, views being blocked, impact on wildlife, fire danger and the drainage and detention facilities.

Paris Almond said she moved to Caughlin Ranch 10 years ago and takes joy in its natural beauty.

“Just so we’re clear, this is not an empty space. It is an open space,” Almond said. “It’s a natural area, home to raptors, raccoons, rabbits, coyotes, magpies and more.”

Caughlin Ranch’s PUD standards are locked in as a matter of law, he said.

Roadways and utilities were built to the site years ago in anticipation of future development. The PUD handbook was also updated in 2001 and 2015 but plans for a subdivision were unchanged. Engineering firm Wood Rogers pointed out that Ridge Hollow would provide fire breaks and comply with the area’s fuel reduction policies and the city requirements for defensible space.

Mayor Hillary Schieve recused herself from the hearing because she lives in the Caughlin Ranch PUD.