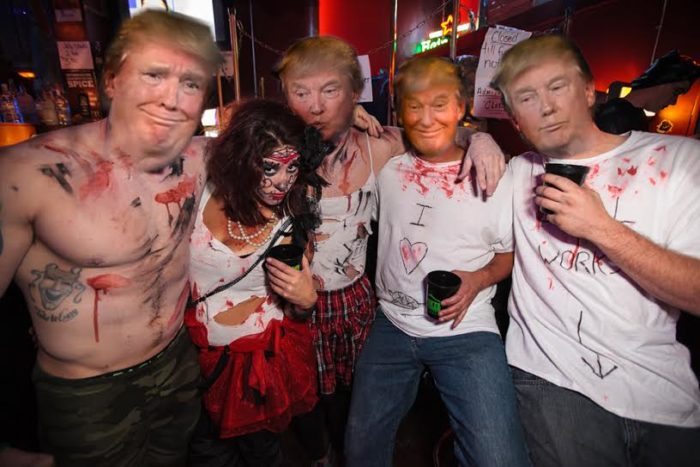 Crawl Reno, organizers of one of the largest zombie bar crawls in the nation, announced today that they will be hosting the first ever Trump Crawl.

The event, which is set take place in the Crawl Capital: Reno, Nevada, will offer drink specials like “The Impossible Wall” and “The Oafish Braggart” served to thousands of participants dressed in Donald Trump costumes.

In addition to specials, the event will feature a hair piece photo booth, a trophy wife competition and will give away Trump Steaks as prizes. A portion of the proceeds will go to the “unfortunate graduates of Trump University.”

When asked how they decided on the Trump theme, organizers say they were looking for a new terrifying costume that would embody evil in its purest form, and that they expect it to be a hit this Halloween.

Information on the event can be found at www.crawlreno.com/trump