The future of several historical homes near the University of Nevada, Reno, the city-owned Evans Park and traffic flow on area streets are among hot topics as the designation of a Gateway District is in the works.

The district, which the Reno City Council on Wednesday adopted and is part of the University of Nevada Regional Center Master Plan, is bordered by Interstate 80, North McCarran Boulevard, Sutro Street and North Sierra Street.

Development of the Gateway District has been a concern because of historic homes on Center Street that UNR might want to relocate for campus development. UNR is not subject to local permitting regulations, including building permits and demolition, and has indicated it might move the homes. 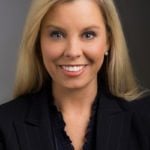 Mayor Hillary Schieve said there’s been misunderstanding and that some have labeled UNR as the bad guy.

“I want everybody to know we’re not tearing down homes and the University is committed to saving those homes,” she said.

The council approved the plan but said it wants quarterly updates on how UNR is working with historic preservation interests.

People packed the City Council Chambers to speak for and against the Gateway District, much of it centering around allowing UNR to expand while maintaining the historical integrity of the homes.

Barrie Lynn, a local realtor, called the houses the “most remarkable collection of homes in Reno.”

“If we allow these to be distributed throughout the community, we’ll lose a big part of our history,” Lynn said. “In less than 10 years, we’ll look backward and ask, ‘What have we done?’” 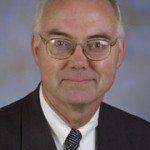 Johnson told council members that UNR has been working with various groups to collect input about a southern expansion. It’s also been looking for locations to possibly move the homes while maintaining their solidity.

There aren’t specific UNR growth plans because it’s not clear what the city’s plans are for south of I-80, he said.

“What I can tell you is that we do need to identify a location for a business building so we can start raising money for that,” he added.

Jimmy John’s Gourmet Sandwiches, which has a location at East Ninth and North Virginia streets, expressed concern about the plan in a letter to council members, especially since the Gateway plan lacks specifics.

“All of these are a direct threat to our business. I see no reason to interfere with our business when the university has neither produced a rendering for the area, nor obtained funding to build a building,” wrote Timothy Wulf, president of J.J. of Reno Inc. “It is premature to permit this to happen as it will be to the detriment of my business and the employment status of 56 individuals.” 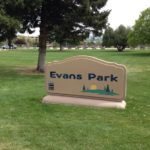 The Recreation and Parks Commission voted April 5 to recommend the city not transfer ownership of Evans Park, located on a 2-acre parcel at East Ninth Street between Lake Street and Evans Avenue.

The city maintains that this is a nonbonding policy that was suggested to include the park into the overall University of Nevada Regional Center Master Plan, which is intended to provide guidance for development for the next 20 years.

Adoption of the policy language would not commit the city to any particular action, and transferring ownership of the park would require a separate vote with additional stipulations possible.

Evans Park was deeded to the city in 1929 by the J.N. Evans Estate Co. with the intent the land would be always be used as a park.

More federal dollars coming to UNR after passage of science...