PHOTOS: Who’s Making The Rock Sculptures at The River? 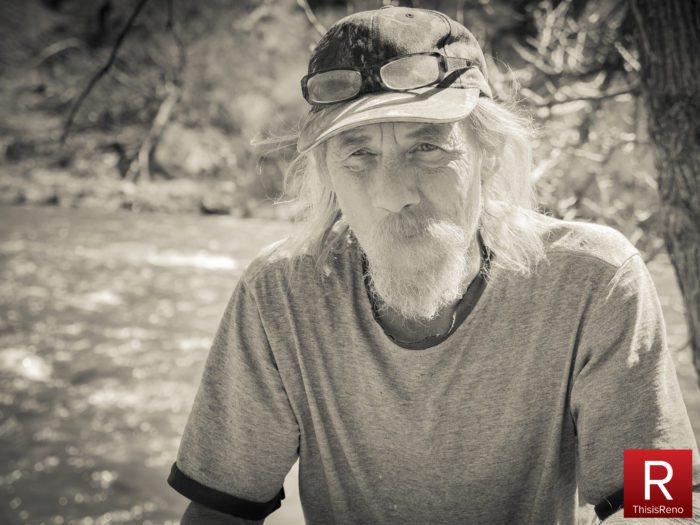 Meet Cyrus. Nature’s bounty and balance are his artistic media.

The Truckee River has been blessed with Cyrus’ balanced rock sculptures for some time now. Naked and static, rocks are perched in human and animal form much to the delight and intrigue of passersby.

“Are you the artist?” asked one 20-something before shaking profusely Cyrus’ hand. “Thank you so much. These are great.”

Cyrus, who calls himself a hobo, answers questions indirectly. He lays out his pieces along the walking path on First Street. He respectfully asks you not to touch them.

While many — most — enjoy, appreciate and respect the art, Cyrus said he’s been robbed and has to reconstruct new work every day.

He sells a bolted-together version of his rock sculptures.

“Once a month I have what I call a hobo love event, and I’ll bring out a bunch of pieces for sale,” he said. But he’s not in it for the money. “I’d like to be able to sustain myself on donations so I can give 100 percent of my bolted work away.”

A donation bucket can be near the river path among his randomly located statuary.

Cyrus explained being a hobo.

“If you go to Jack In The Box and take extra salt and pepper home with you, you’ve got hobo blood,” he said. “Hobos aren’t bums. They work and travel.

“I decided in December to do what I want to do rather that what I probably should do.” 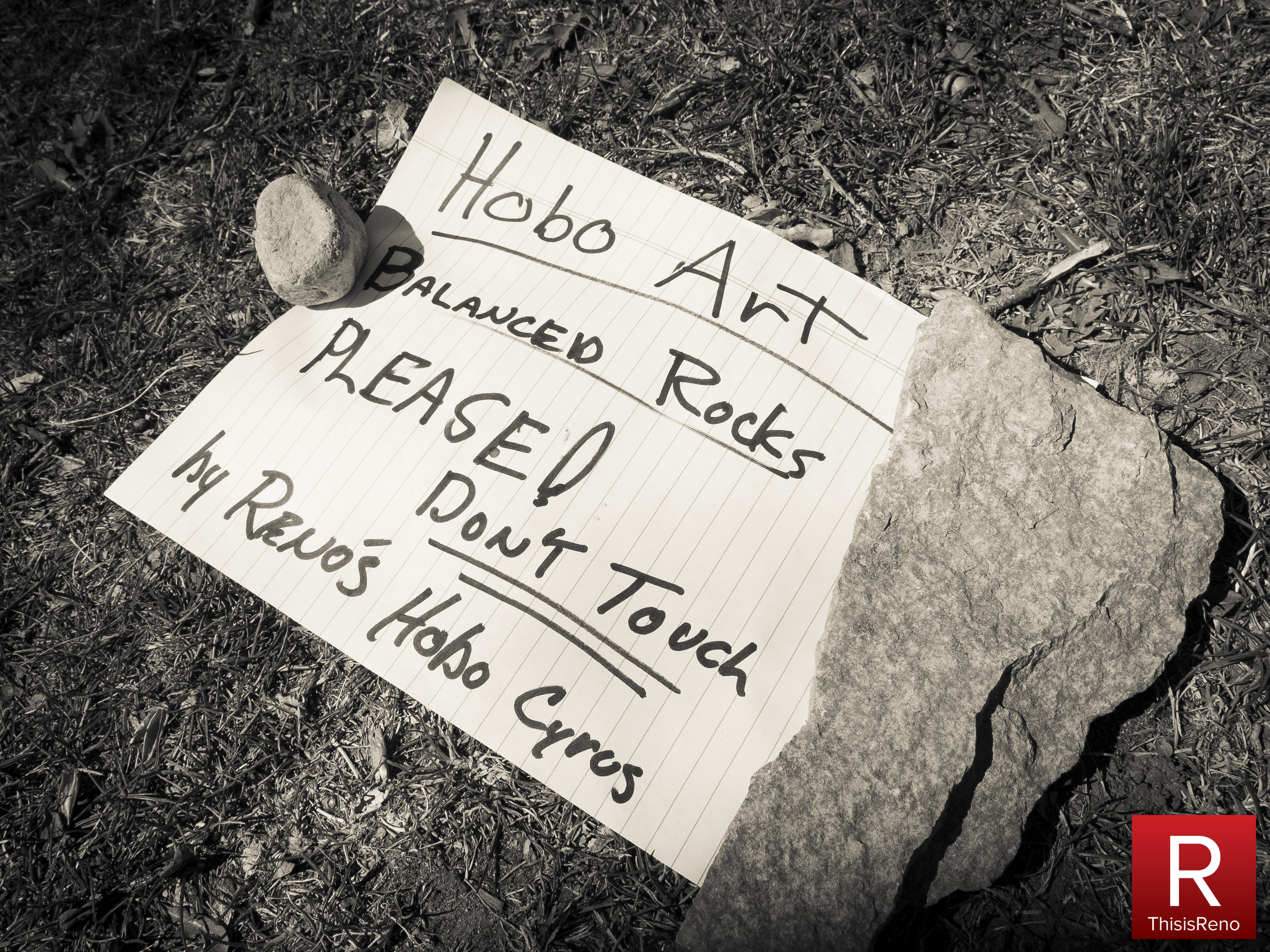 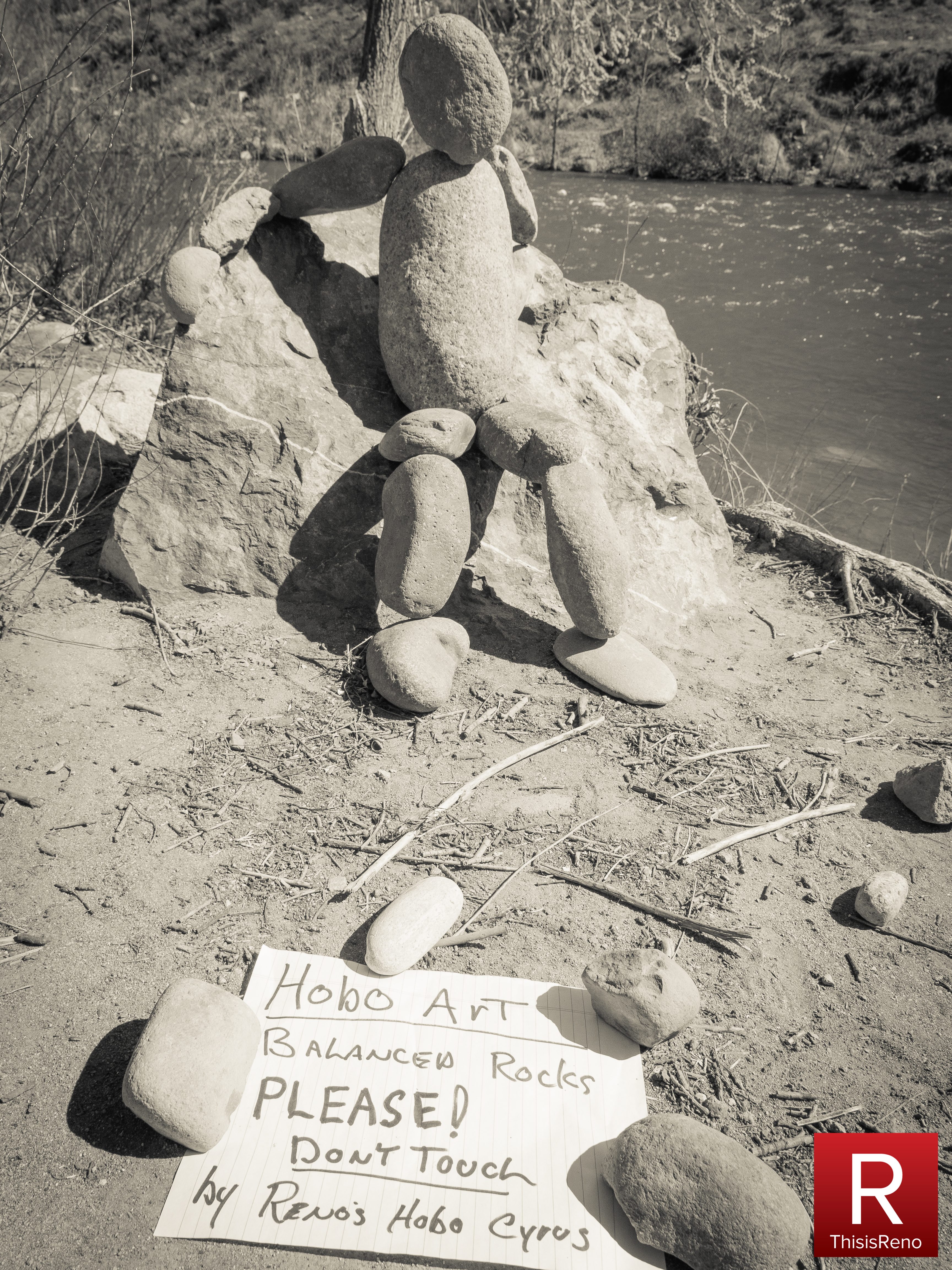 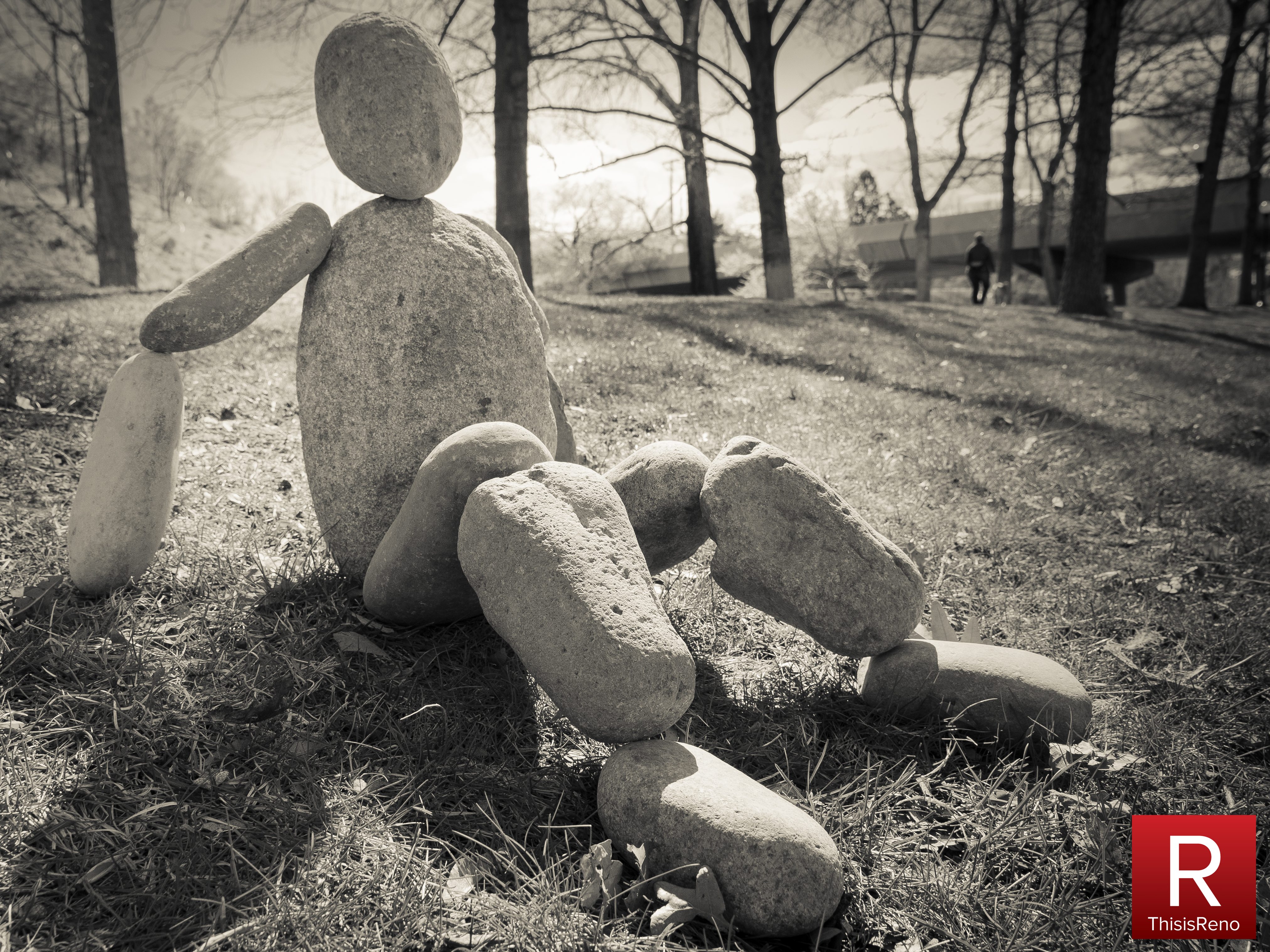 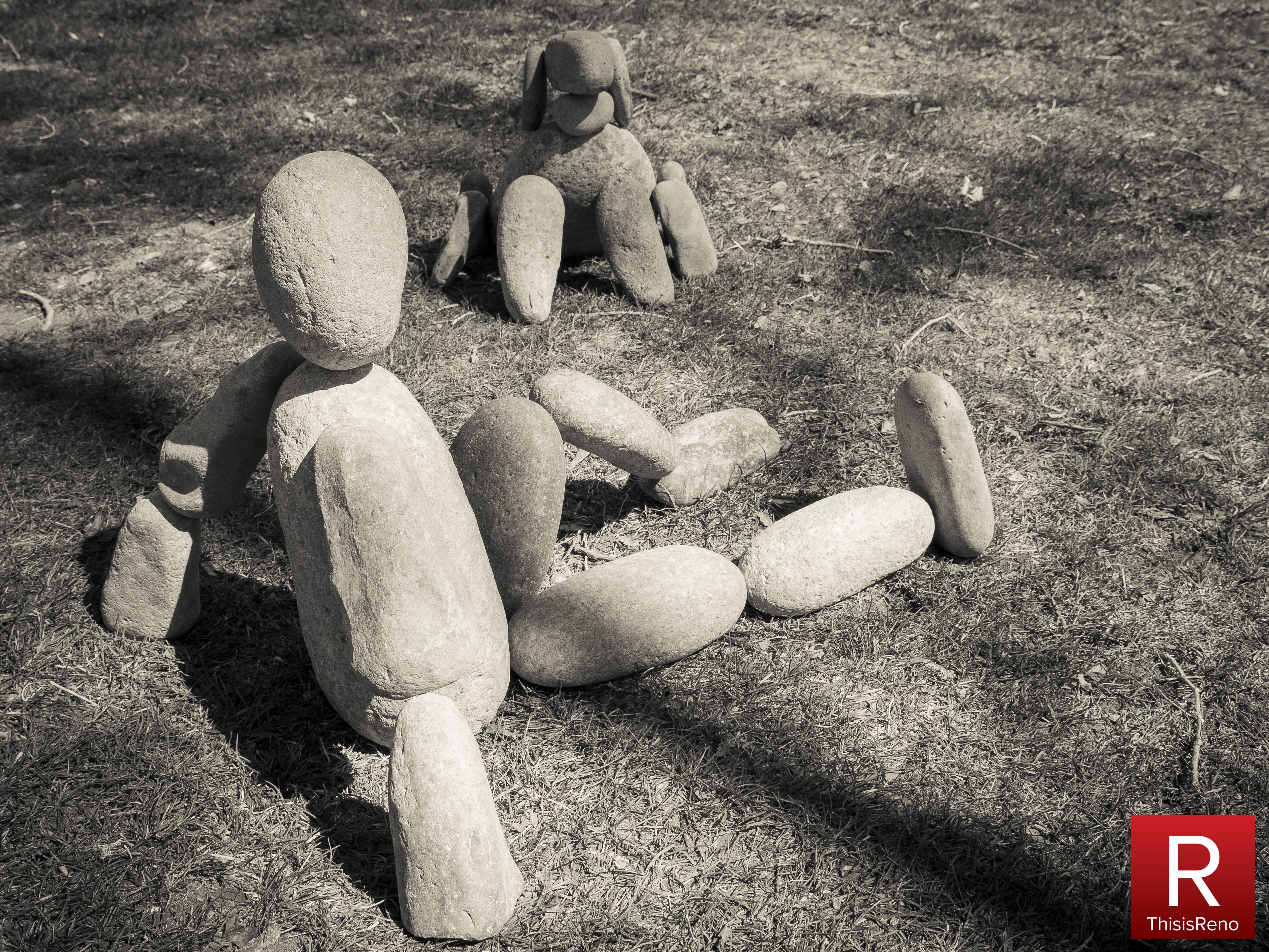 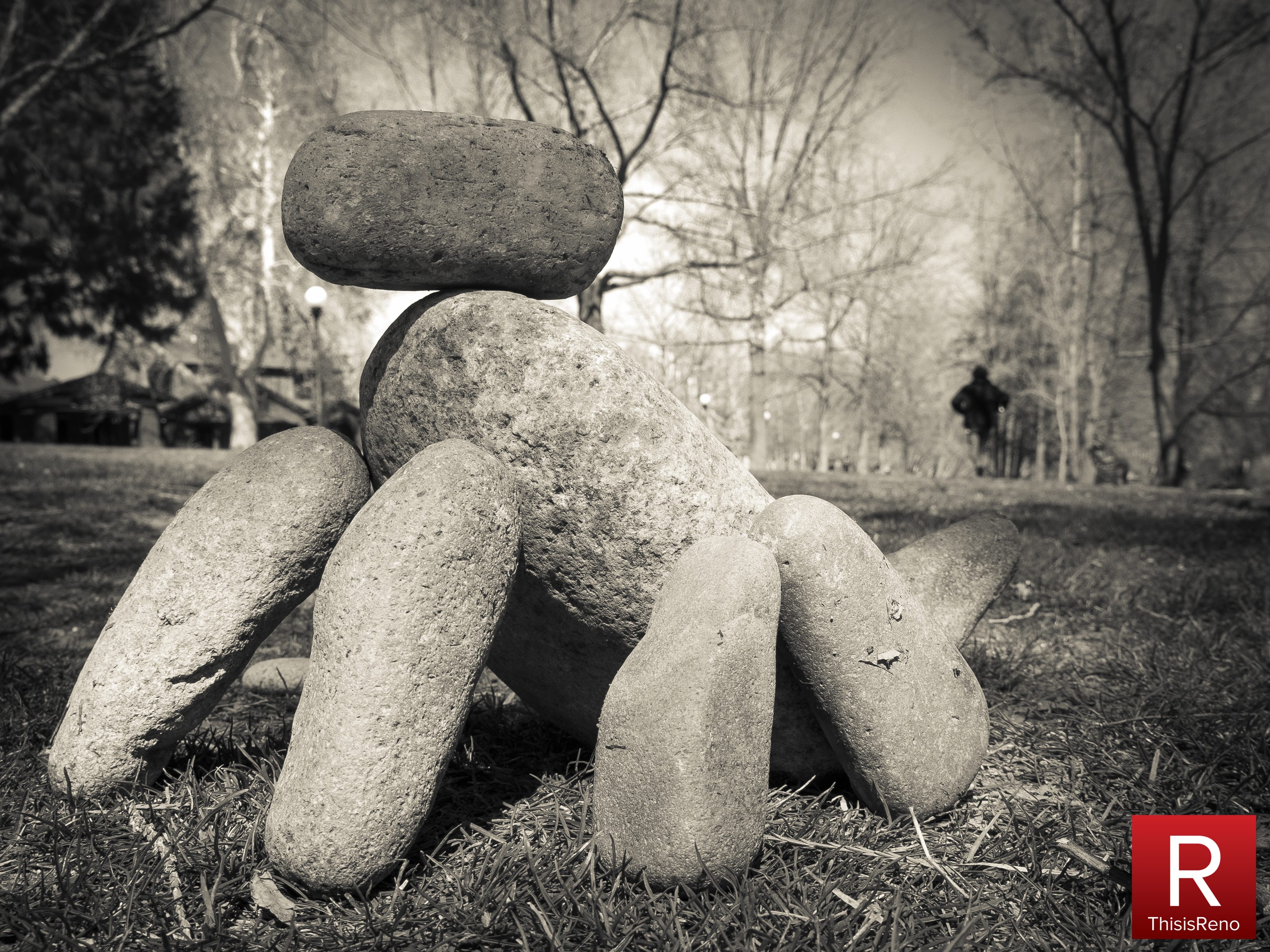 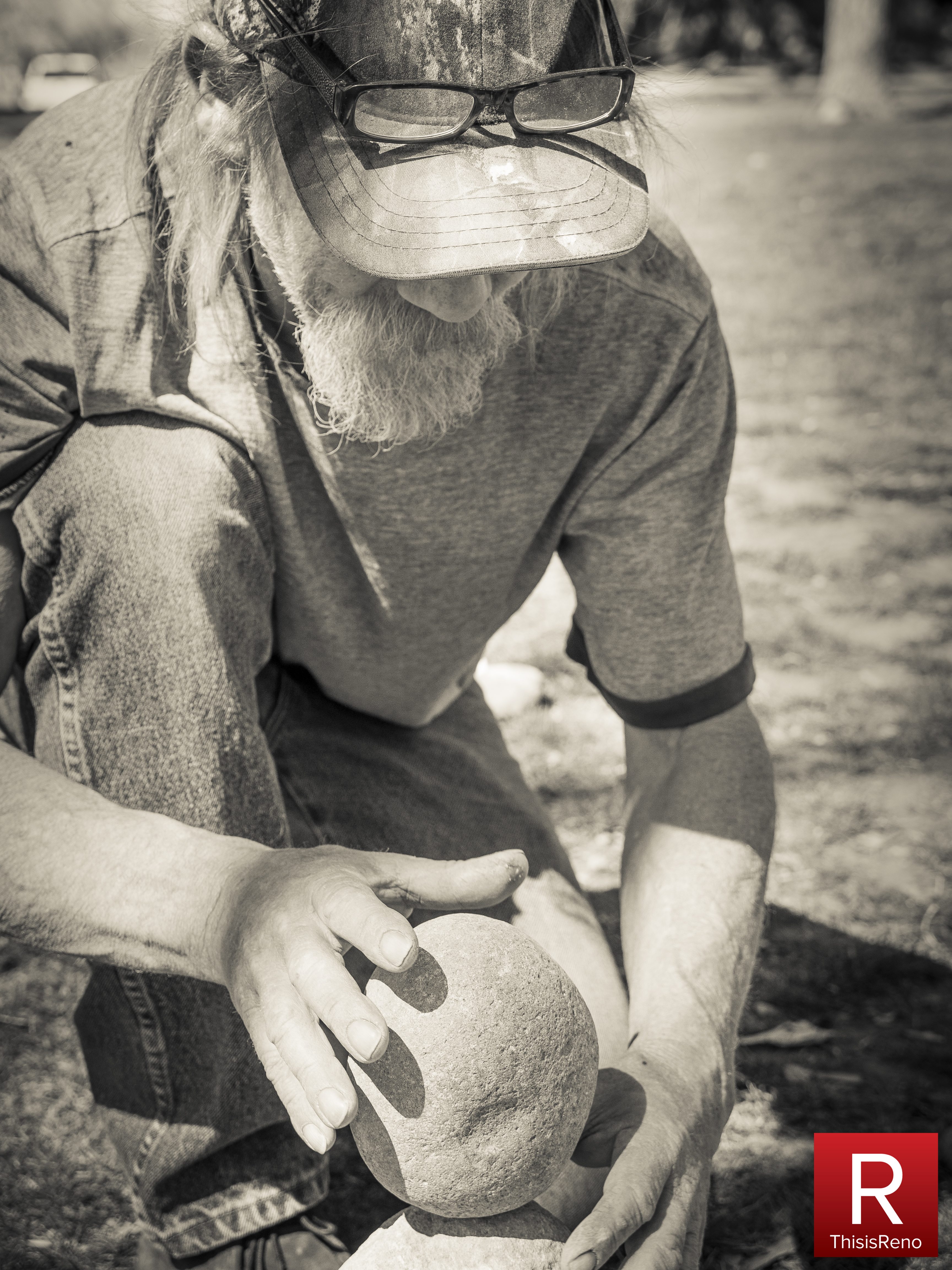 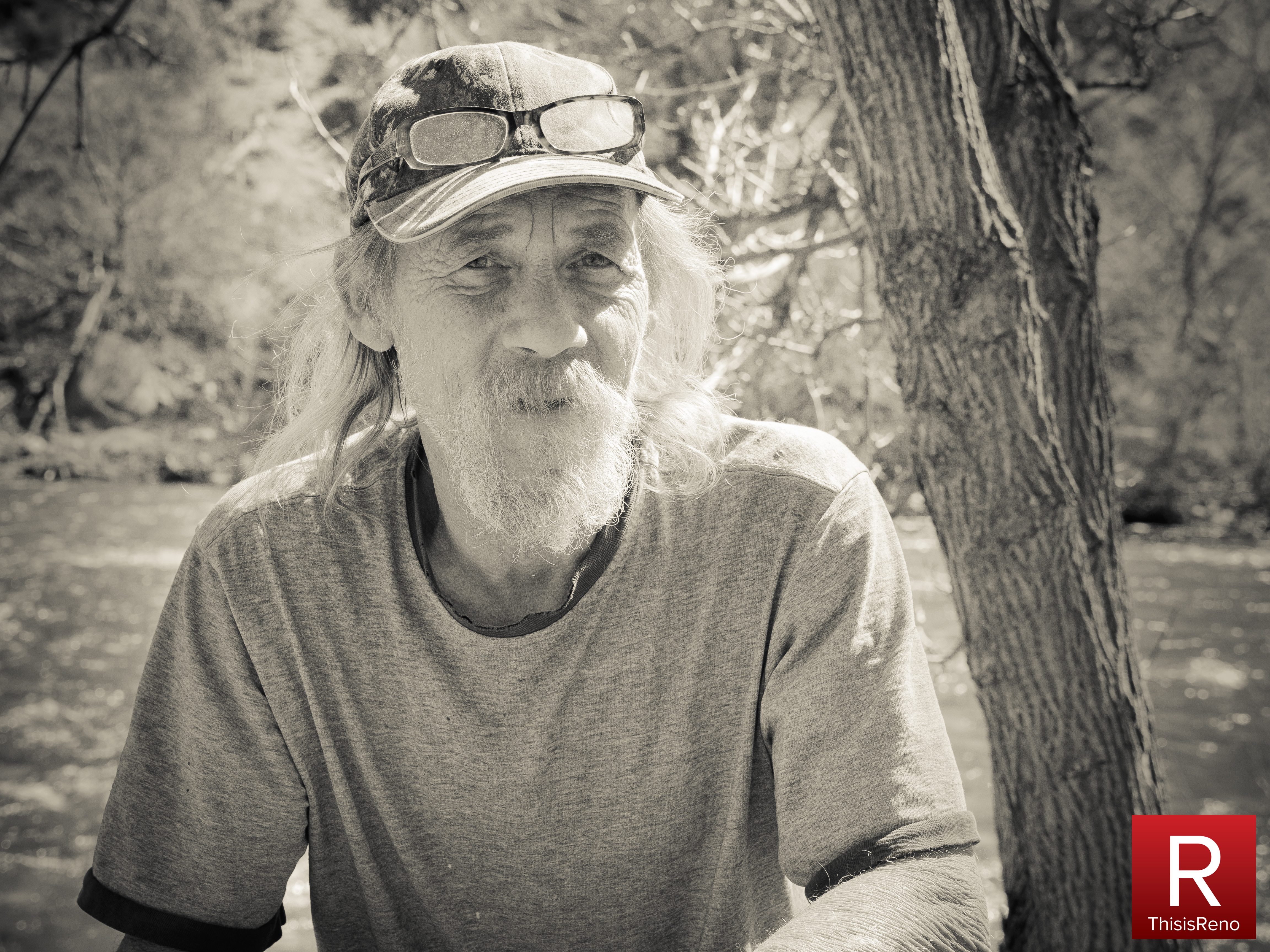 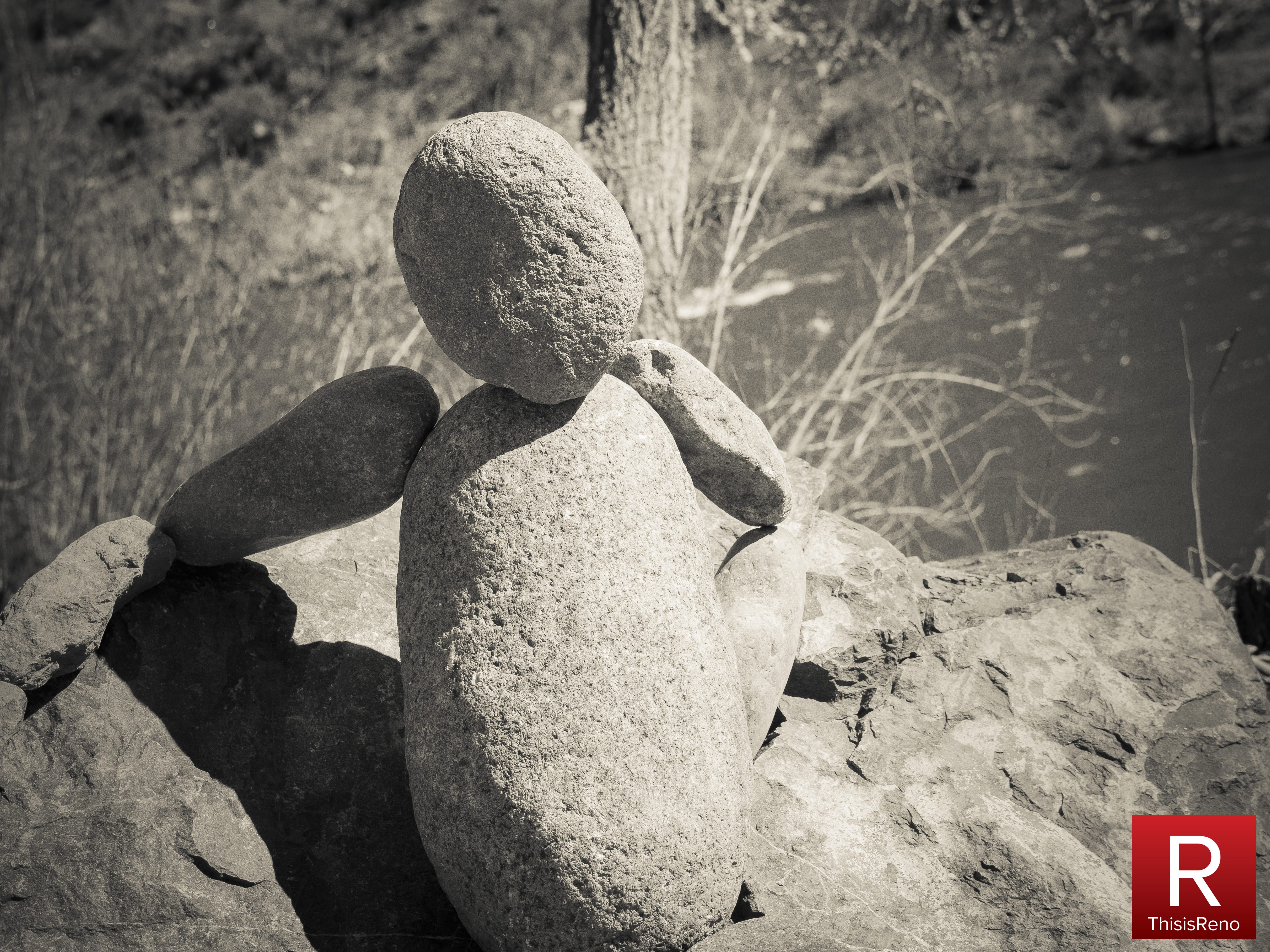 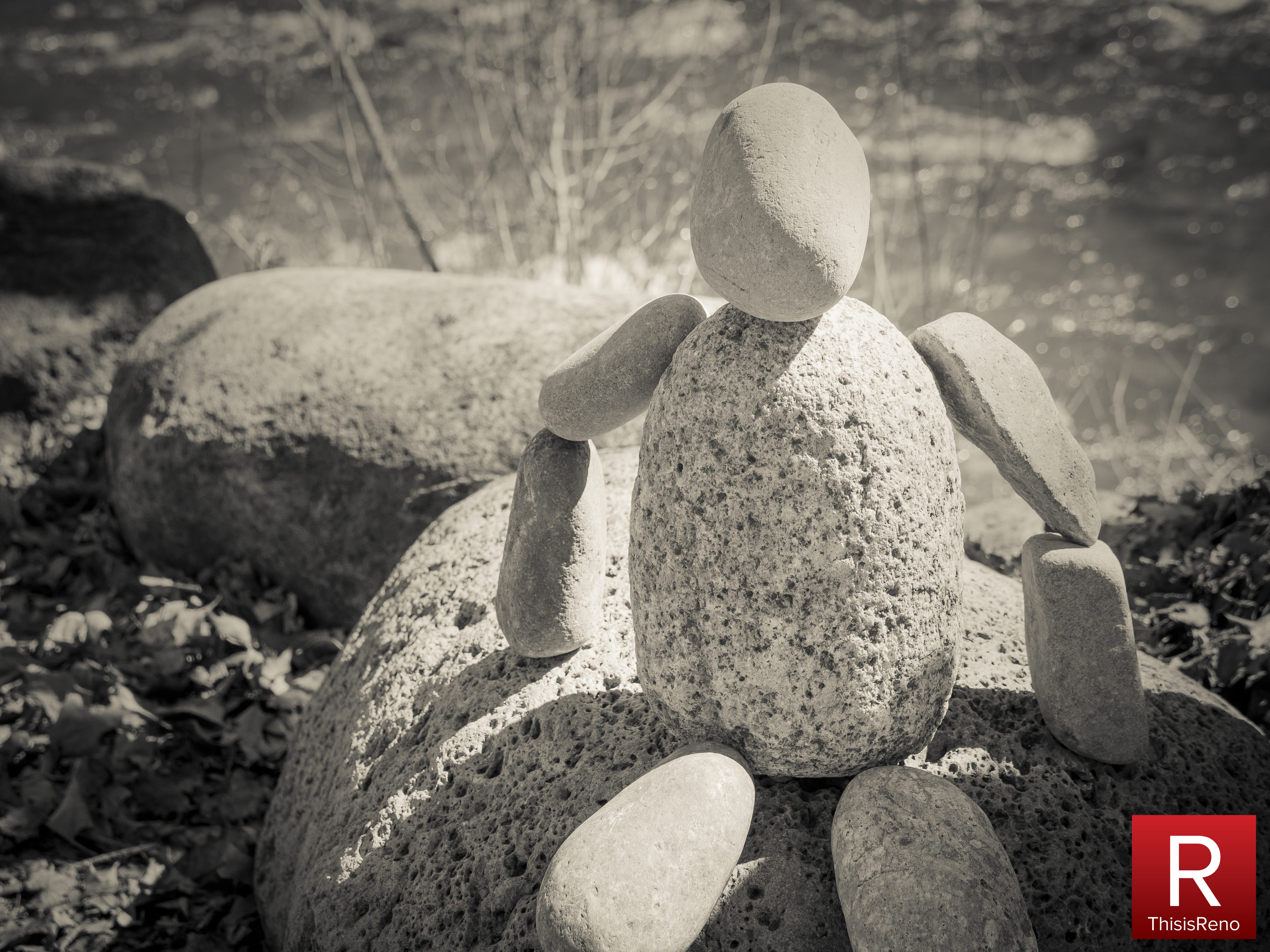 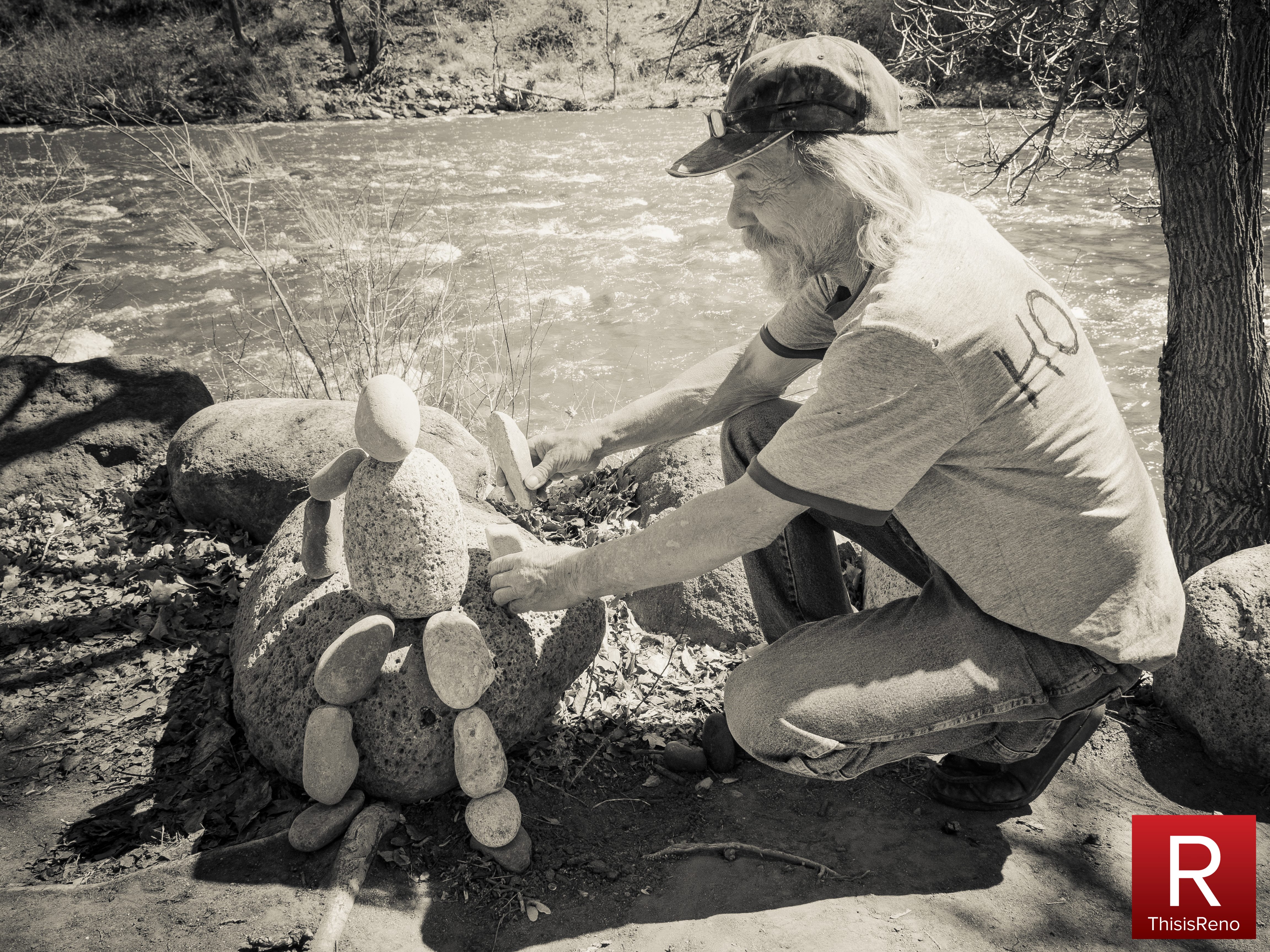