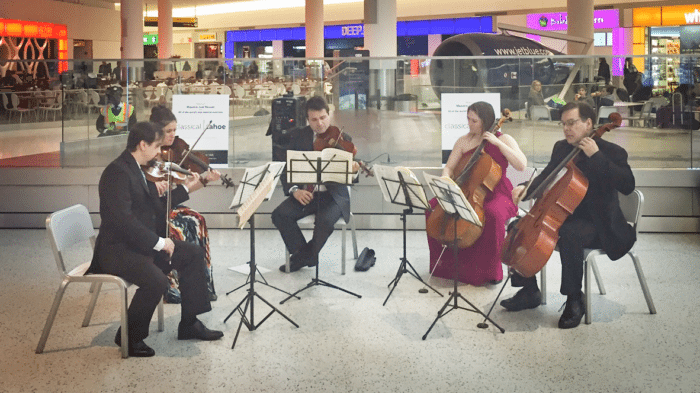 It was an effort to show how JetBlue, the official airline of Classical Tahoe, is promoting the  Reno-Tahoe region.

It’s “use it or lose it,” she told the Board of Directors of the Reno-Sparks Convention and Visitors Authority (RSCVA).

Authority officials later said that the flight is contracted for the route until May of 2017, causing speculation that Mora’s statements were an attempt to get more marketing dollars from the Regional Air Service Corporation, a public-private organization that promotes the area’s air services and is financially supported by the RSCVA.

“The marketing support for the New York flight really goes away in spring, so we all have to gear up to put more money back into that flight come summer,” Mora said.

“JetBlue’s support of Classical Tahoe demonstrates what a great partner they are to our community,” Mora added. “Now it is our community’s turn to hit a high note with JetBlue by continuing to fill the seats on their popular flight between Reno and New York.”

Joel Revzen of Classical Tahoe said that there were 30 to 50 people watching the JFK performance at any given time.

“I am delighted that JetBlue and Classical Tahoe have created an important partnership,” he said. “People are coming from all over the country to hear Classical Tahoe, which features some of the finest musicians in the world, perform at one of the most beautiful settings on earth.”

Watch a short video clip below.