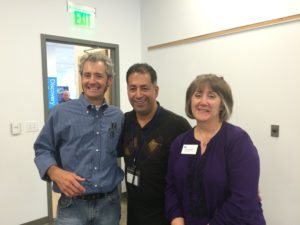 It didn’t take very long for participants to flood the conference room and swarm around tables laid out with the various quadrants of the city. Citizens made notations on the maps, added Post-it notes and conferred with representatives on hand in impassioned huddles.

Recycled Records owner Paul Doege said, “The meeting, while not Midtown specific, was good to get an idea for RTC’s overall plan for the Truckee Meadows. My own interest for going is to lobby for things like a slower speed limit, crosswalks with flashers and left turns for the new Midtown plans. Now that the bikes versus parking issue is quieted, it’s better to be able to act on things that we all want.”

Greater access and ease of passage for pedestrians and bicyclists still seemed to occupy most of the group consciousness at the workshop, however. The majority of the Post-it notes comments requested more bike lanes, mostly along Virginia street or connecting intersections, paralleling streets Sierra and Center, and connectivity between the 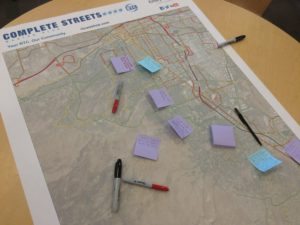 University of Nevada, Reno (UNR) campus and downtown and Midtown.

John Sagebiel, assistant director of UNR’s environmental program and attendee of the RTC workshop, echoed the feedback from the workshop saying, “The proposed complete streets will make it much easier for UNR students and others to get around by walking or biking by providing very nice paths for all users. In addition, the extension of the Rapid bus up Virginia St to UNR will greatly help with connectivity between the city and the University and will benefit both immensely.”

RTC has worked very closely with the public to to determine what the most equitable solution is to solving the congestion. In narrower parts of Virginia Street in particular, where priorities have to be set due to the limited space between bus turnouts, bicycle lanes, additional parking, or wider sidewalks for pedestrians to enjoy, it can be a joyless task where any path taken means a potential backlash from the those whose needs could not be accommodated. 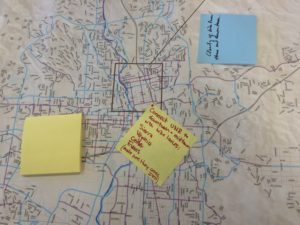 Michael Moreno with the RTC seemed to vocalize that attempt to strike a balance:

“Public input is an important element for the projects we deliver. From crosswalks to sidewalks, bike lanes to bus lanes, we had a wide range of ideas and suggestions from the public for locations throughout the Truckee Meadows to consider complete street treatments.

“We all want a safer and healthier community and how we get around is an important aspect of that. Development of the region’s Complete Streets Master Plan will help the RTC improve safety and mobility for all types of transportation. Together, we can create a safer, more vibrant community and neighborhoods in which to live, work and recreate.”

Living in any society is an act of compromise between your needs and your neighbors. Hopefully we can all put the needs of each other forward, if not completely, than somewhere in the middle. Sounds like a good compromise.