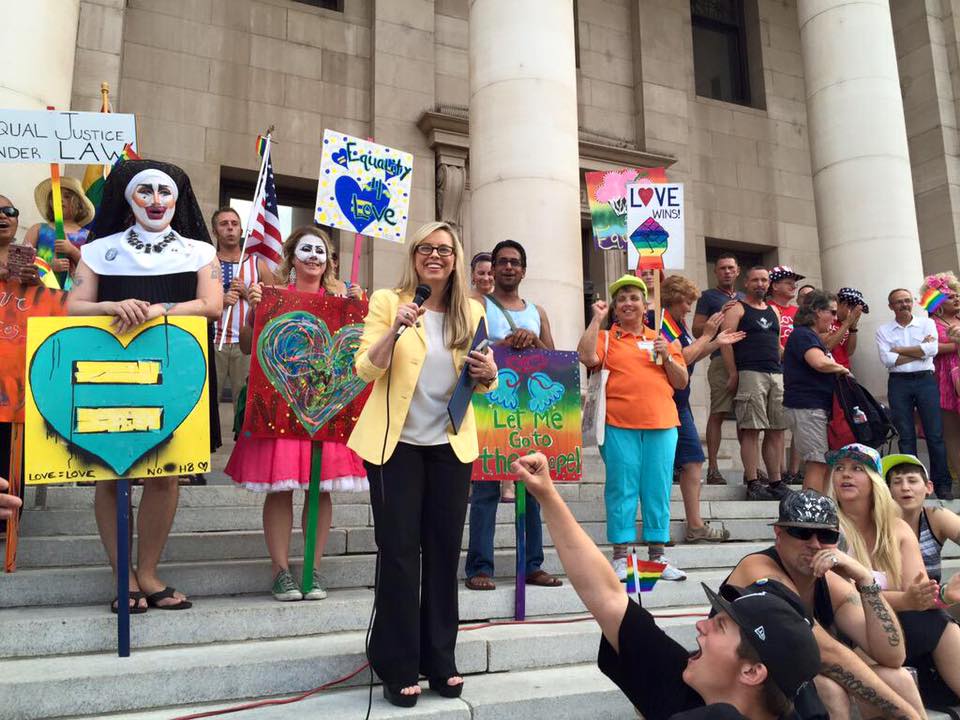 “Today I ask you to stand tall, stand proud and, most importantly, stand for love in our city.”

The Supreme Court made its landmark ruling yesterday in a 5-4 vote in the case of Obergefell v. Hodges which legalized gay marriage nationwide (It had previously been legal in 37 states).

This decision has been truly historic. Three of five Americans now support gay marriage. In 2004, when Massachusetts was the first state to legalize gay marriage, support was only at 42 percent among Americans according to a Gallup poll. But in ten years 36 other states followed suit at a staggering rate, with public approval increasing year over year.

President Barack Obama publicly welcomed the Supreme Court’s ruling, going so far as to light up the White House with rainbow lighting to celebrate the ruling. Obama, it should be noted, was the first sitting president to come out publicly in favor of legalizing same-sex marriage.

The celebrations also took place much closer to home. A rally was held on the steps of the Washoe County courthouse drawing a substantial crowd. Music blared, those in attendance danced, hugged, laughed and cried in a show of emotion that touched everyone there to witness it.

Mayor Hillary Schieve was on hand to deliver the first of many speeches by public leaders. Schieve was one of over 200 mayors who signed a brief in support of gay marriage filed with the Supreme Court in March.

“Today I ask you to stand tall, stand proud and, most importantly, stand for love in our city,” she said  in a speech publicly proclaiming Friday, June 26, 2015 as ‘Love Wins Day’.” (#lovewins has been tweeted millions of times on Twitter as of the writing of this article). 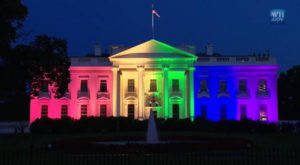 Numerous speakers spoke after the mayor congratulating the Supreme Court’s ruling and thanking the huge swell of support that the many figures, institutions and Reno citizens provided the LGBT causes over the years.

Among them were Karen Vibe and Karen Goody, who, along with seven other couples, sued to have the right to marry in the 9th U.S. circuit Court of Appeals, the result of which led to the legalization of same-sex marriage in Nevada last year.

“The Karen’s,” as they’ve come to be known, took turns crying and passing the mic back and forth as they struggled to get through their speech, calling everyone in attendance and all of Reno “their family” after the support they had received. They tearfully hugged the mayor as they walked back down the steps.

Numerous local religious leaders, lobbyists and activists spoke, receiving roars of applause from the crowd. After the final speaker had finished the crowd marched to the Federal Building and then on to Wingfield Park with cars stopping to honk in support the entire way.

Schieve will be marching at San Francisco’s SF Pride Parade in support of gay marriage at the invitation of San Francisco Mayor Ed Lee. To get information about this march or find out about other events you can visit sfpride.org.

On a personal note, this reporter has never been so proud to be an American. 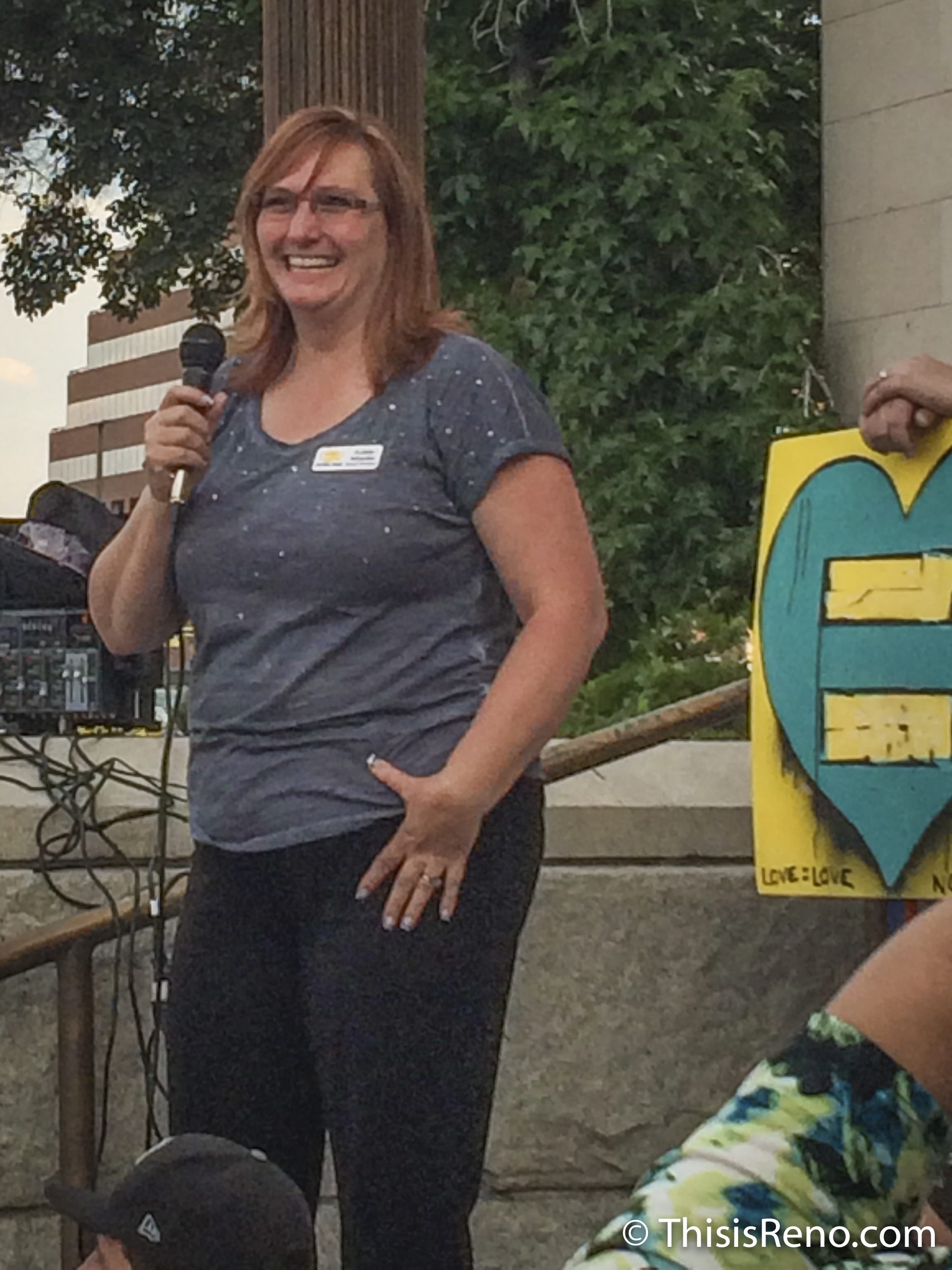 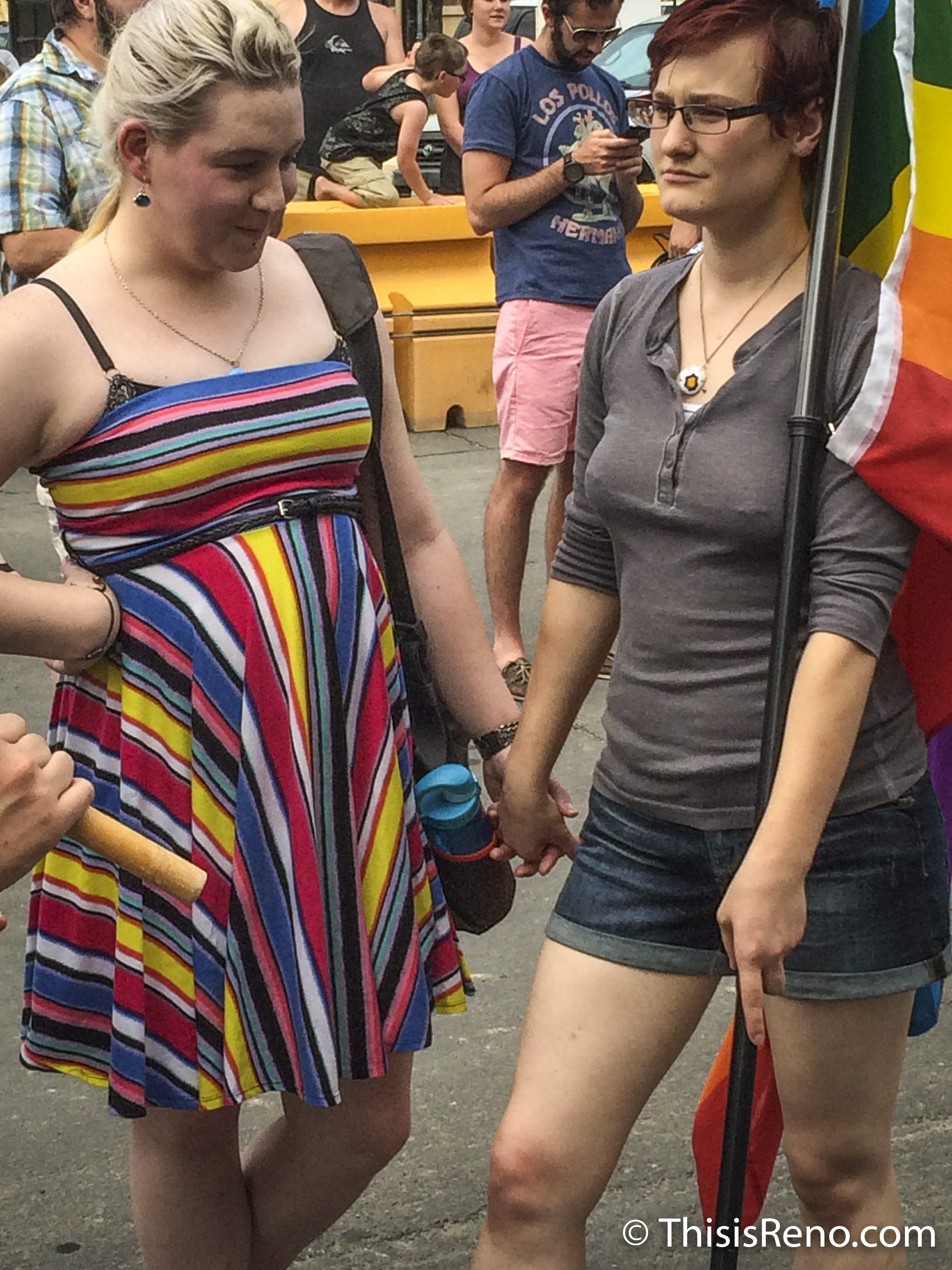 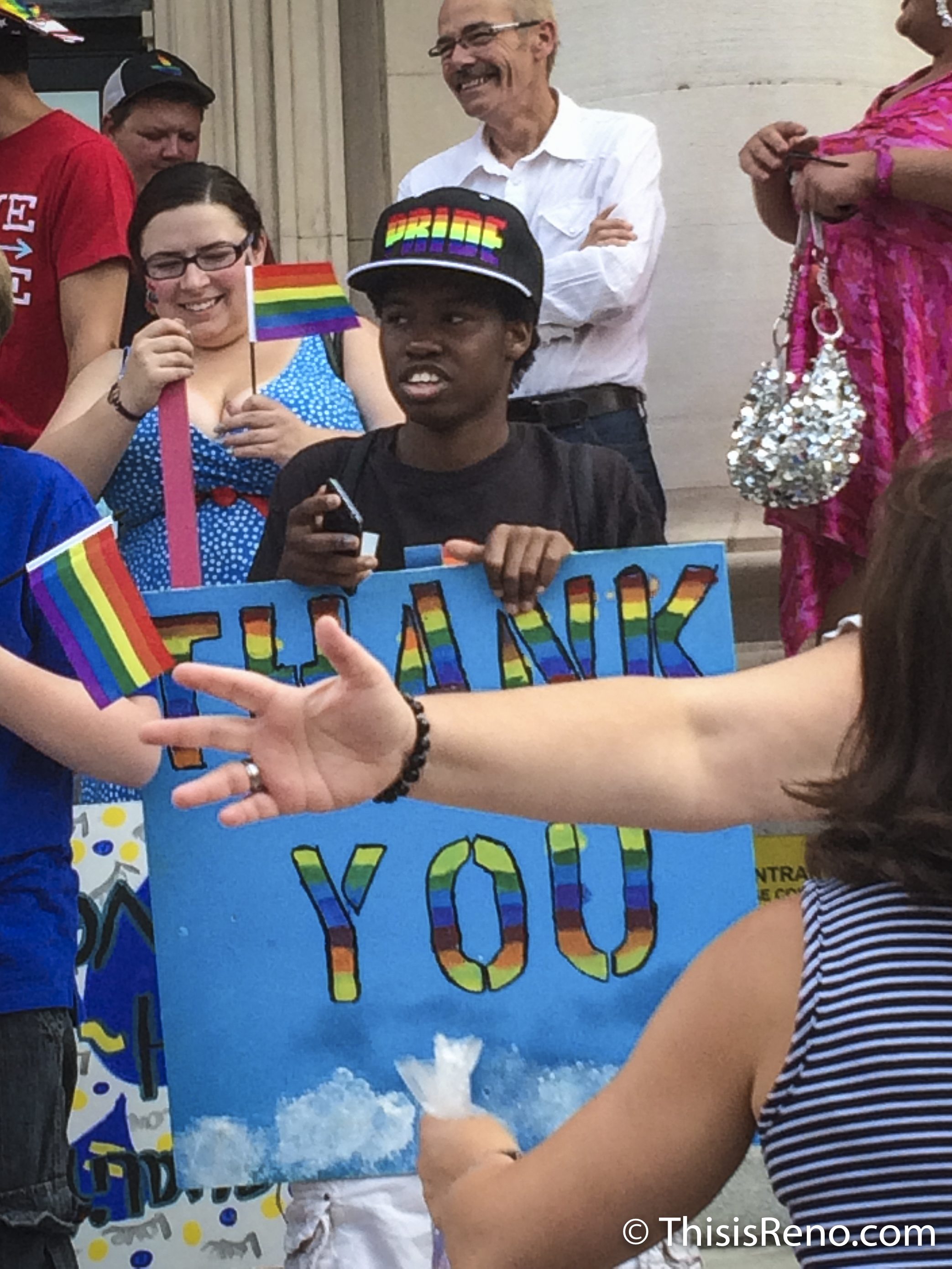 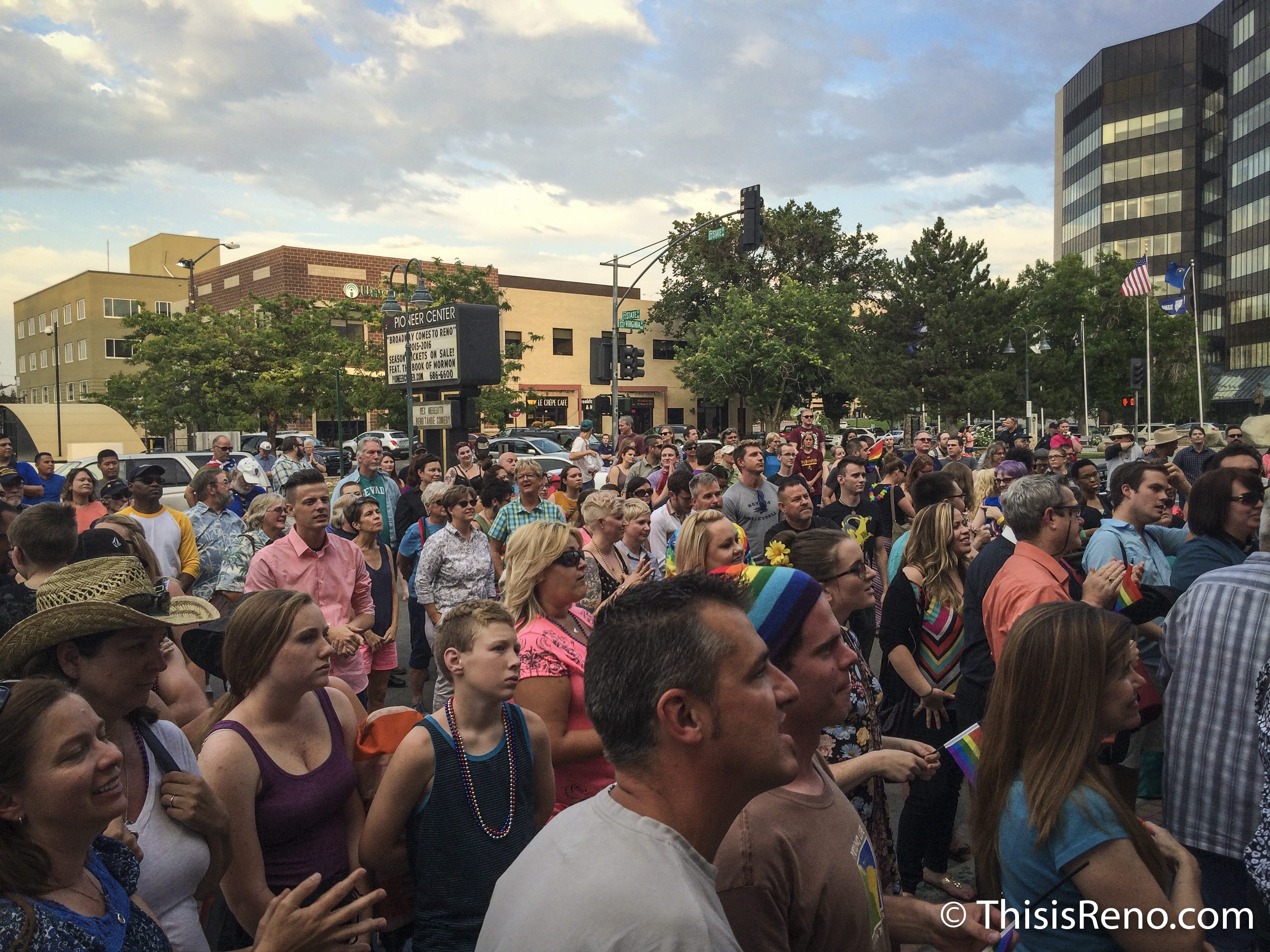 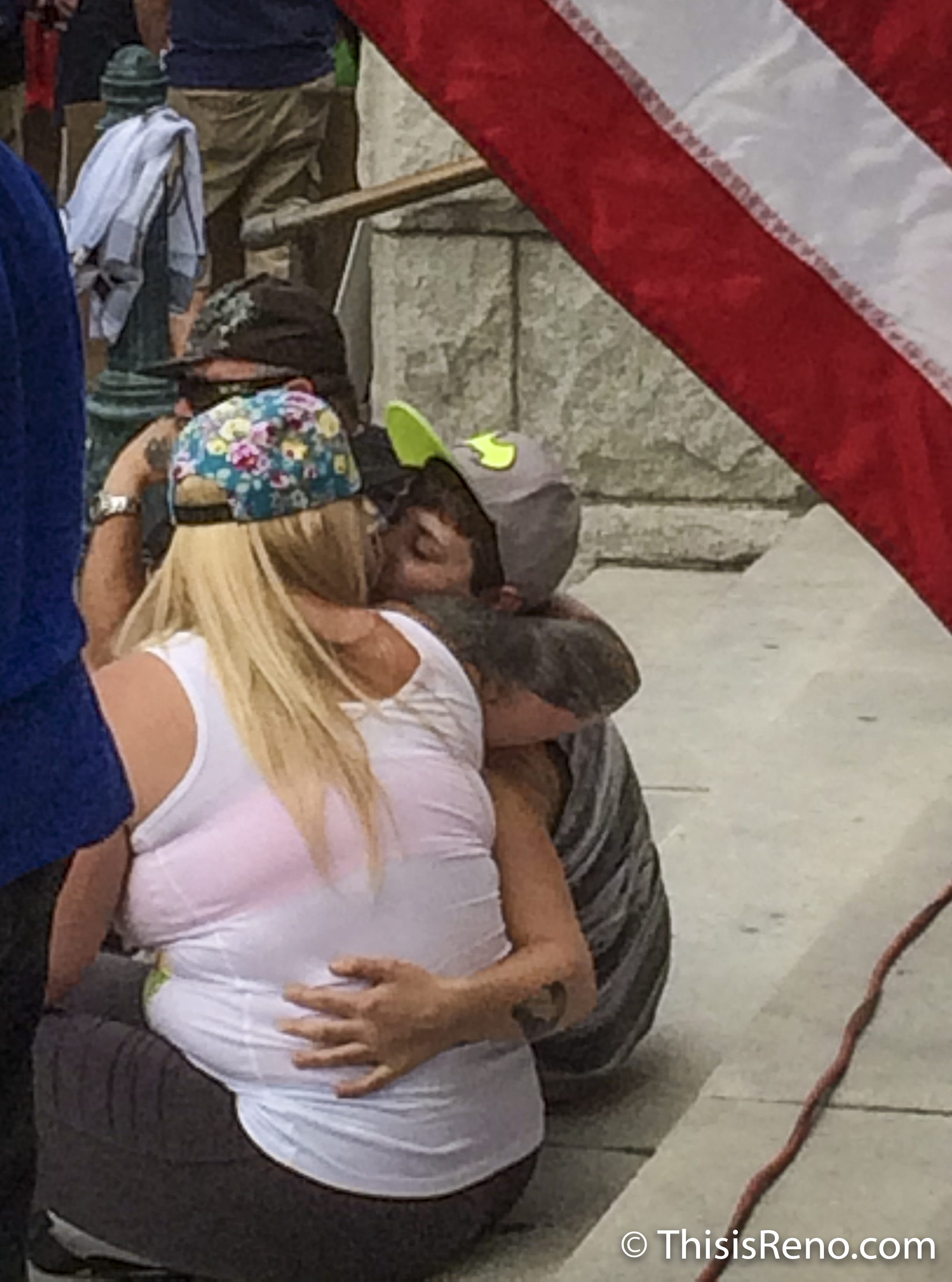 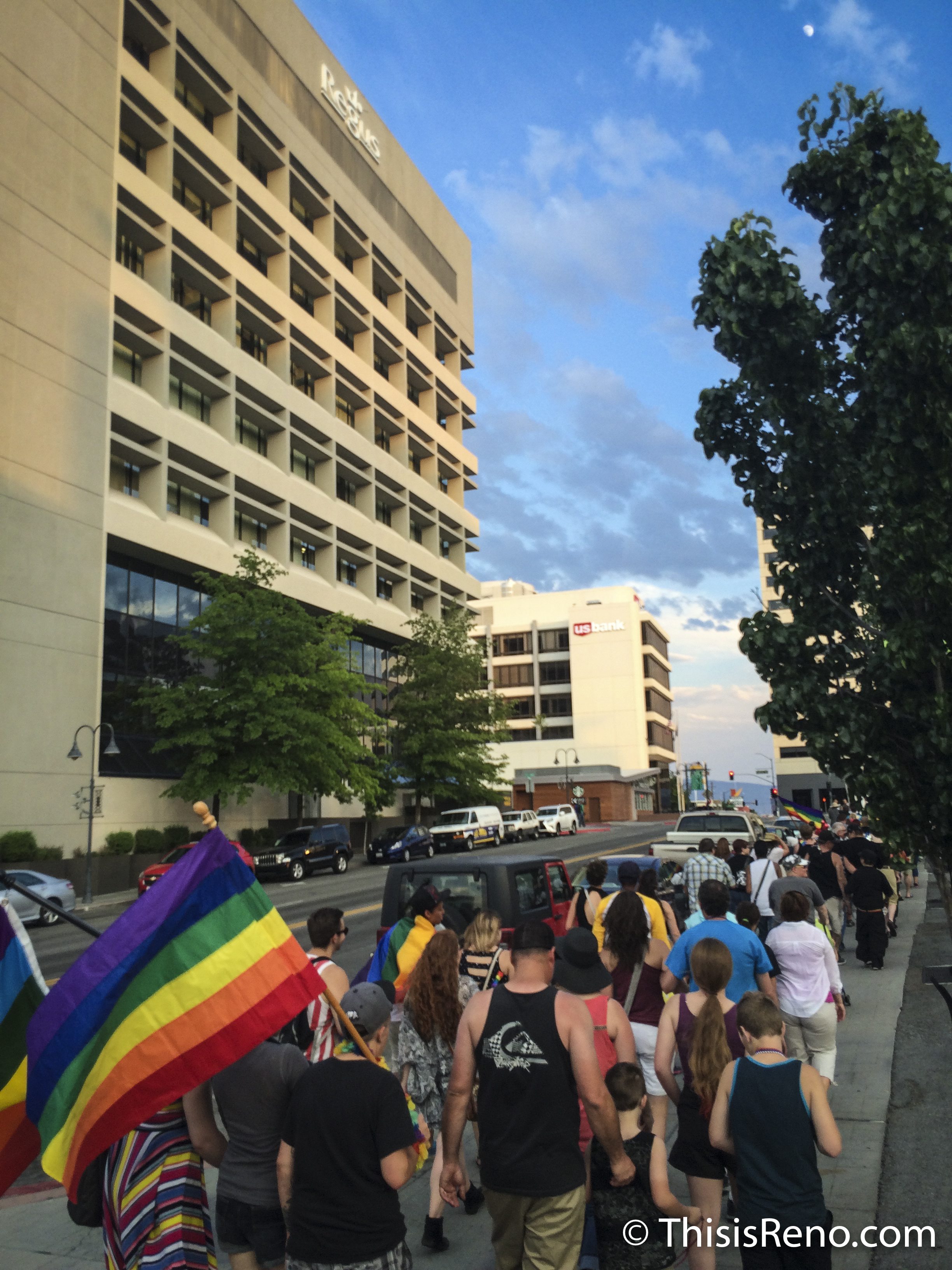 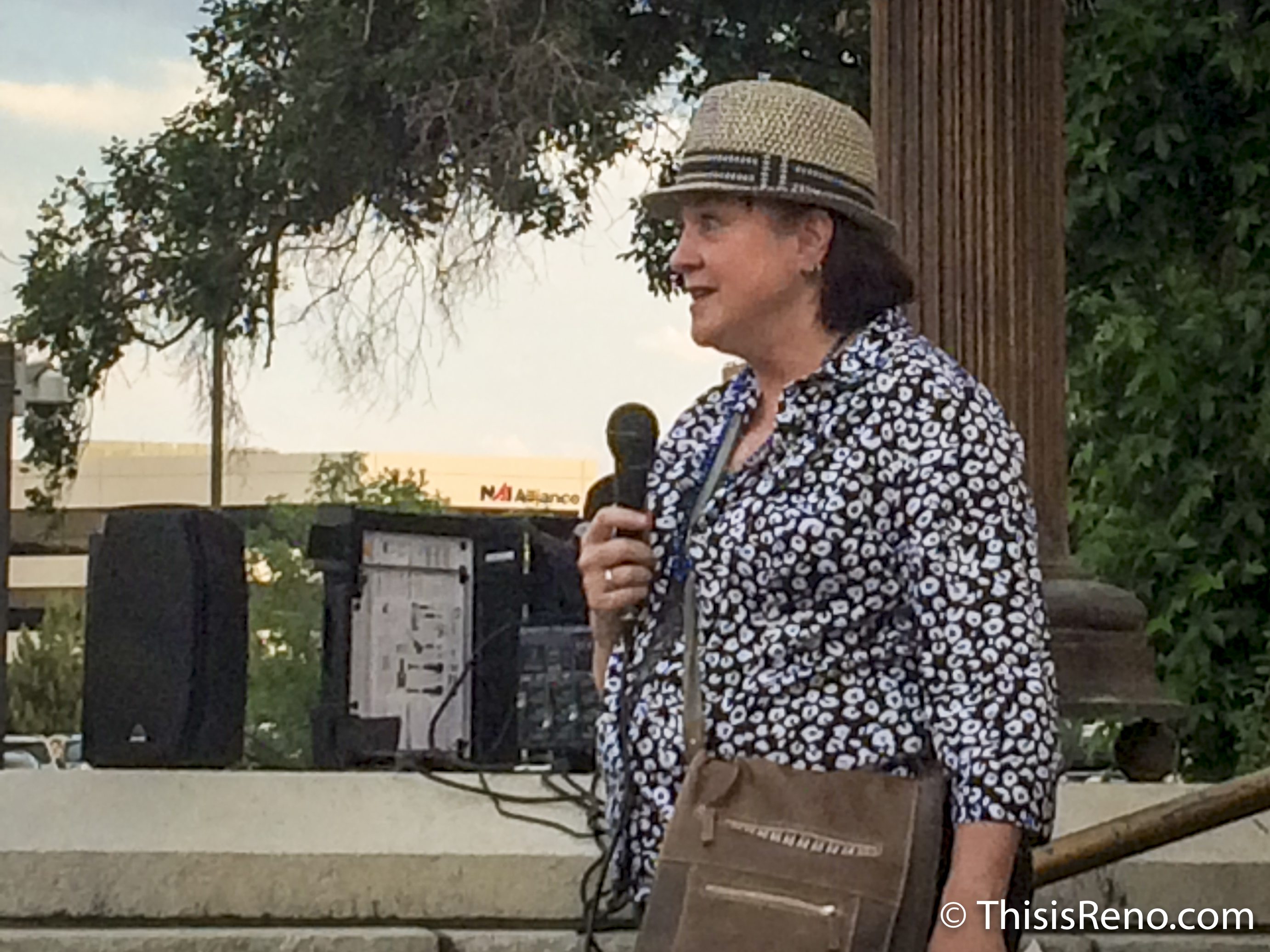 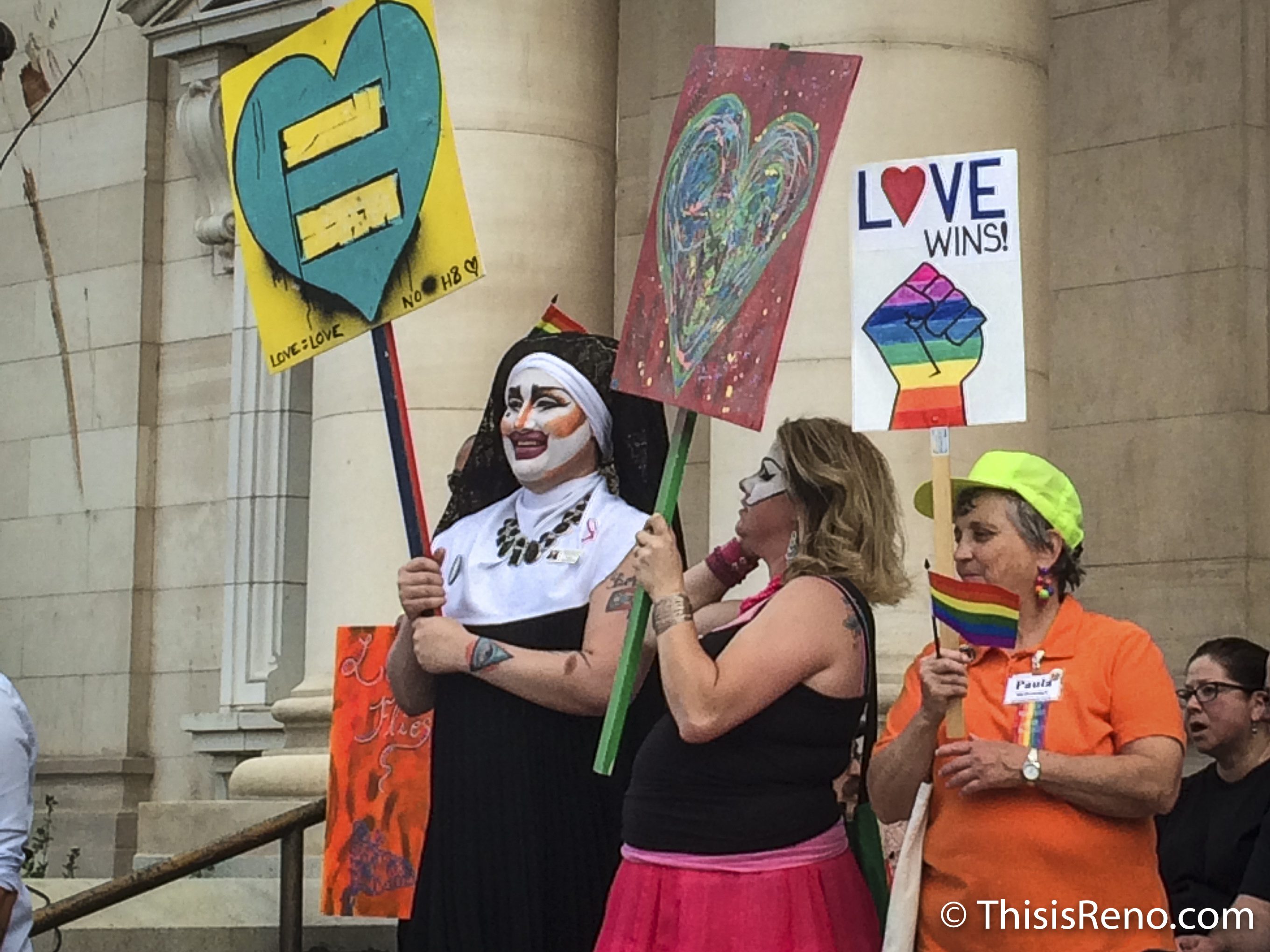 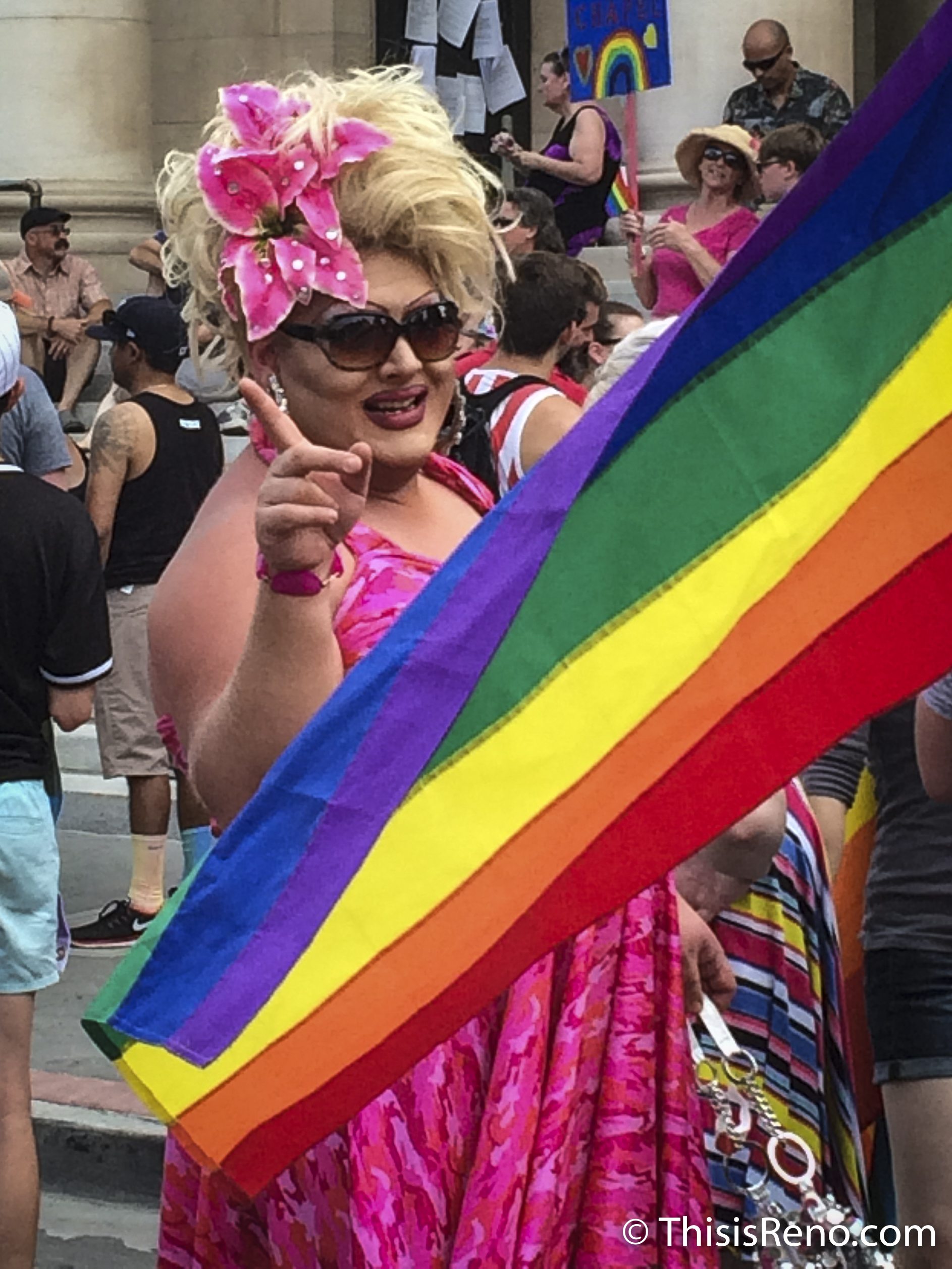 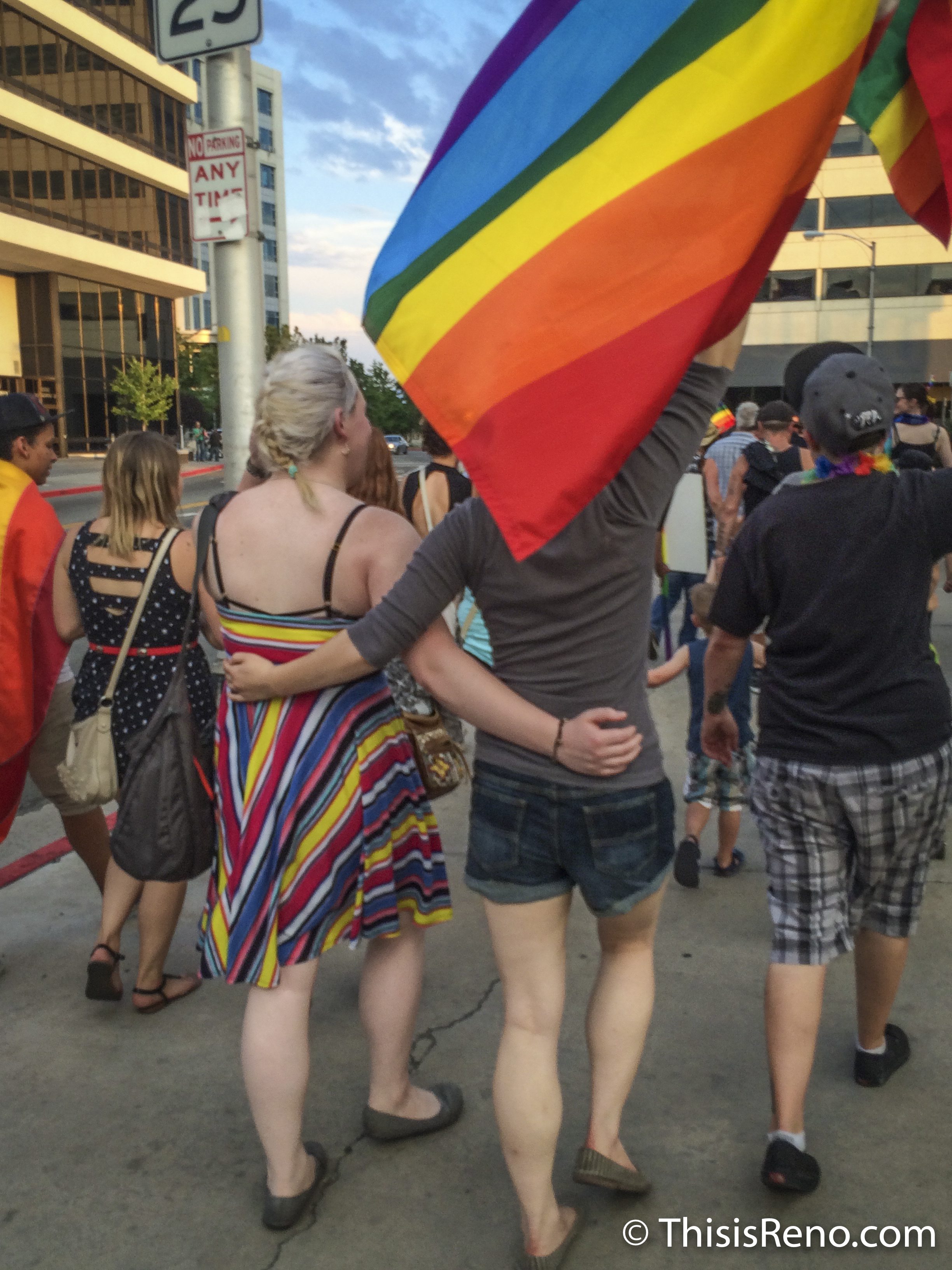 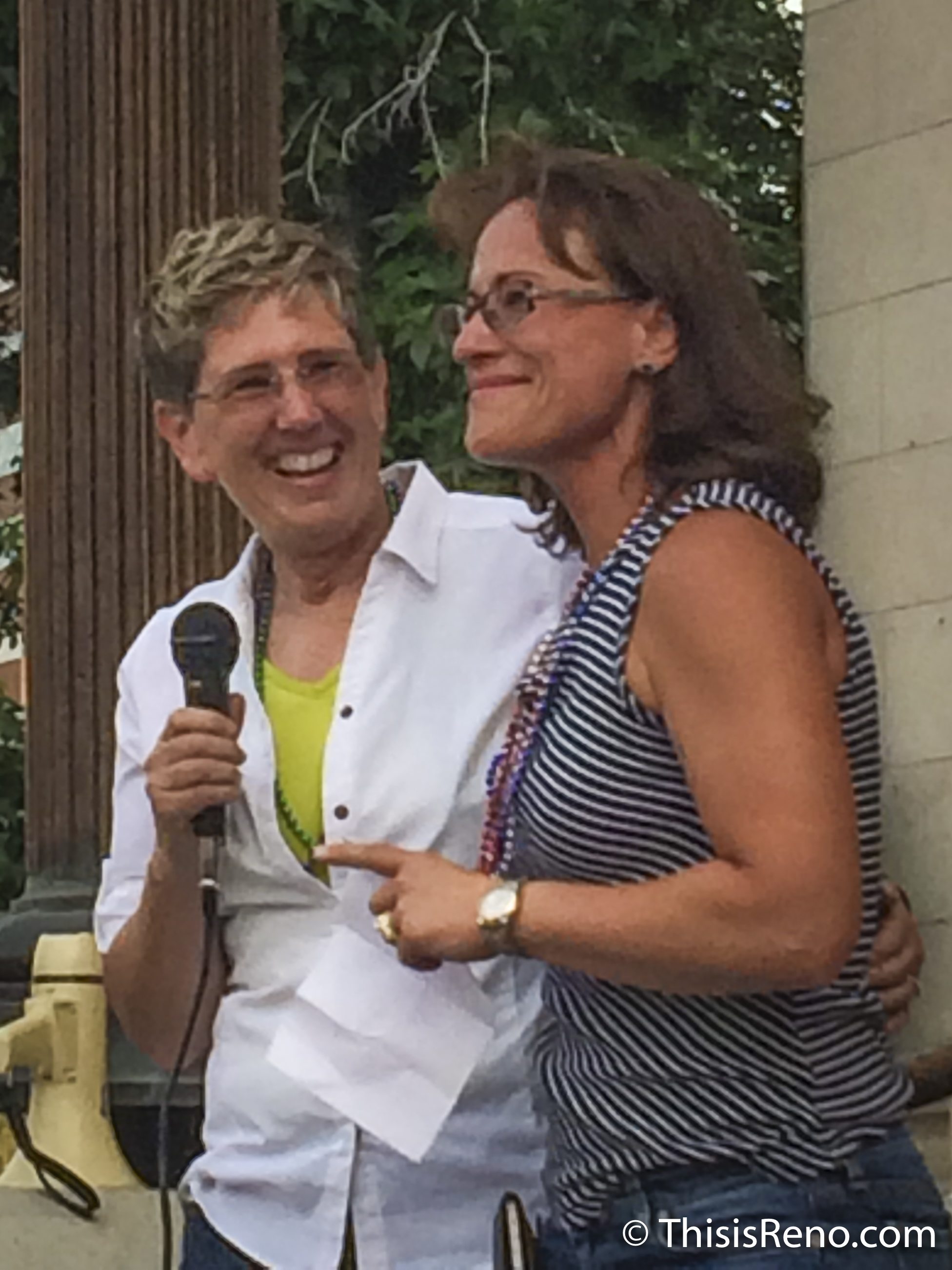 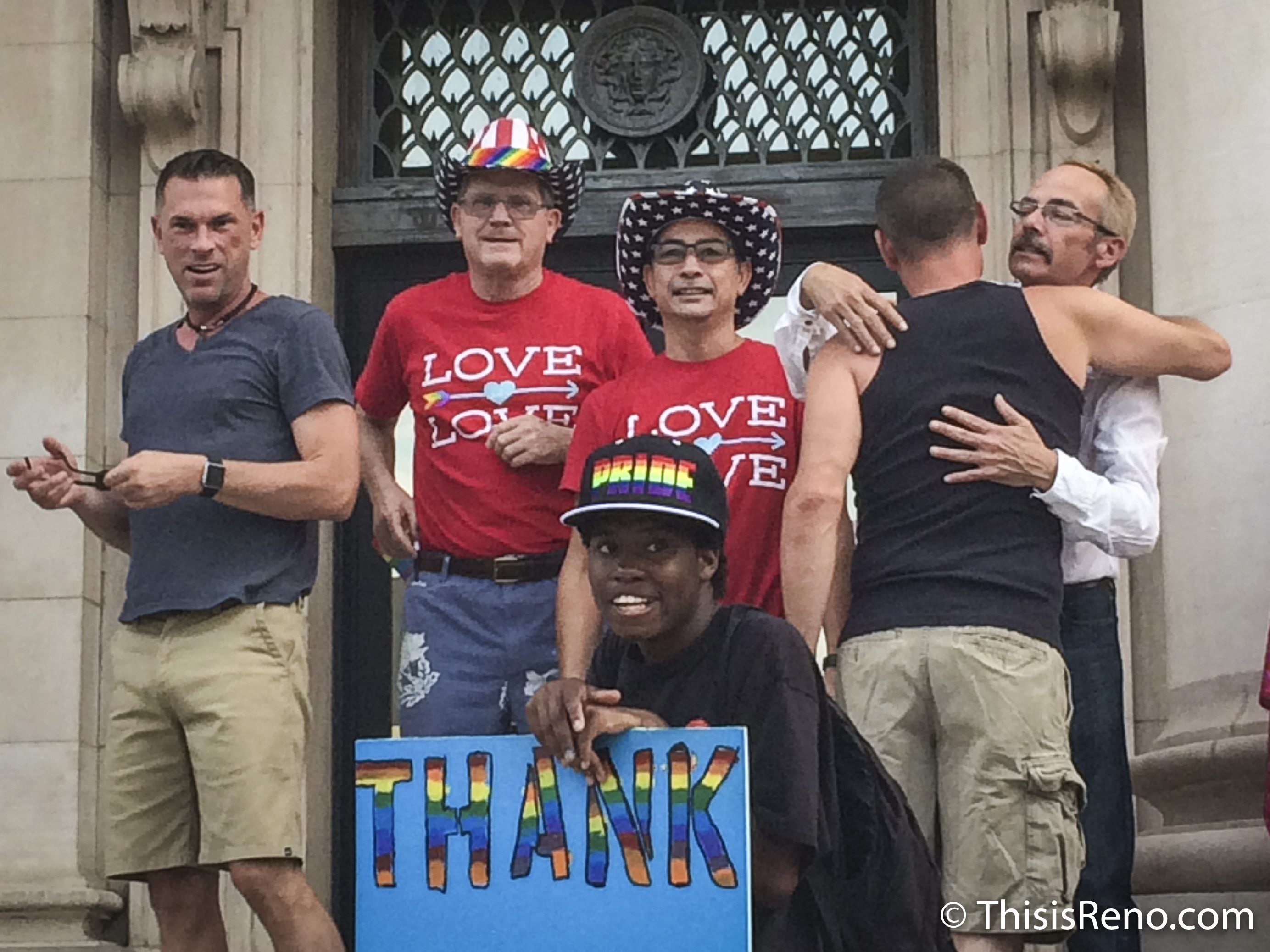